A couple of weeks ago when my tire blew out on 95, I had to dig through my trunk to get to the spare, and then take out all personal effects to leave my car at the auto body place for the weekend. I ended up filing my husband's entire back seat of his car with returns I have been carting around, meaning to send back.

my husband is out of town the majority of this week for a photo shoot, which gives me some quiet time to get things done around the house. This morning before work I tackled these returns that moved from his car to a corner of my home office.

You know my wardrobe, and you know that I love Nordstrom. Nine times out of ten, if I mention a brand that doesn't have it's own store in a mall, it's a brand I got at Nordstrom online. they carry petites, they carry lots of sizes, they have a great return policy and some killer sales once and again. Well I went through this pile and found a lot of Nordstrom items, but not a lot of Nordstrom packing slips. I went to the website, and they have an Order history going back to early 2005 of what I have purchased, the original price, the Order Number, and whether it had been returned, etc.

I decided to write a letter to Nordstrom returns, and in it made a chart of what I was returning – the Description, Price, Status (if there is an enclosed packing slip, or if it was on my Nordstrom Card and the Order Number), and the Reason for Return. I had a concealer brush from Bobbi Brown that I mistakenly got when trying to order TooFaced mascara, the calf-length dress I wore last week – originally bought the XL which was too big and didn't return, ordered the L which fit but end of the day noticed that a seam was completely unraveled on the bottom layer of the skirt. I returned my Velvet torch dress that when washed according to the instructions, got weird hard fuzz balls on it and faded insanely so. Royal blue patent peep toes that seemed so awesome, but as that I have hardly worn my red ones, don't really need. Two different Spanx that I bought with good intentions, but love my digestive system too much to wear, a bra that claims to be 36D but fits more like a 32B, a suit that I had kicking around still in plastic and the box at the bottom of my closet for far too long… next thing I know I have a dozen items listed and it totaled at almost $1,000.00!

I have had that much money sitting in my house collecting dust? Are you KIDDING ME? It almost made me ill, but then it made me giddy with excitement. that total will pay off my Nordstrom card AND send me a refund check for a nice amount! I then collected up the total misses I ordered from Victoria's Secret (why why WHY do I torture myself with that crappy place?) and that was another $120 going back to my checking account. Both were shipped out today. I still have a thing or two to send back to J. Crew and then I will be FREE!

So I went shopping.

Nope, no clothes this time. For the house. I am hosting a cookout at my house next week for the 4th of July. I decided to invite almost everyone I know. I have a very very small home (we're talking 600 SF of cute Historic living space) but I have a deck and a decent sized yard and some common space outside my front yard that is welcome to be used (my neighbors borrow picnic tables from the town and host monthly Senior Socials there). So I figure, why not? I send an Evite to about 60 people, many who have never been to my house, many I have not seen in a long time and then I go into a panic. I start doing things like sending out the pile of returns, washing ceiling fans, touching up chipped paint and going bonkers with a Mr. Clean Magic Eraser. Then I look at the bathroom.

My house was built in the 30s; the kitchen looks as though it was remodeled in the early 90s (think white laminate with oak trim, white ceramic tile floor), but the bathroom hasn't seen much in regard to remodel. There is almost-white tile up to chest-height in the main area, and 2′ from the ceiling in the shower surround (I say almost-white because it has a weird pinkish-purpely tinge to it). Tub has a curved side, regular rod, pretty basic though in major need of a reglaze. Sink reminds me of a school bathroom – sticking out from the wall, no cabinet or pedestal below, exposed pipes. Standard medicine cabinet that is stained yellow inside from age. Standard toilet, with a seat with cool silver hardware, but scuffed and chipped from time. Cute little cabinet hanging above toilet we put in last year, boring light fixture over crappy medicine cabinet. And the walls? Textured like stucco that we planned to paint a washed-out aqua like the ocean but ended up glossy bright turquoise. We tried to work with the turquoise with a white shower curtain sporting circles in the same shade, a hint lighter, brown and lime. Complimenting striped bathmat and some lime green hand towels.

It has been several months and I HATE the shower curtain. I feel as though I am peeing in a circus tent.

A couple months ago I am trollign through Target and I see a zebra-printed shower curtain. How utterly cute! With the turquoise walls and the white tile everywhere, it could be a fun contrast. i tell my husband, he tells me I am on crack for I have a very lovely curtain from Linens N things that still has the packing creases in it. I sadly agree and leave the shower curtain at Target.

then with this party panic, I remember that shower curtain. THIS CURTAIN will take my bathroom from gaudy to ironic, cheesy to hip. I go to Target yesterday on a mission for that shower curtain (and an album frame to replace the one my husband knocked off the wall last month, shattering the glass, but luckily not the album that sports my dad and ex-wife as the models circa 1968 as gypsies). No curtain, no frame, but I do get a new kitchen trash can and toilet seat and shower curtain liner.

I go home that night, thinking Fate has stepped in and decided I really do not need the shower curtain. People love me for me, not my bathroom. If it's clean, that's all that matters.

Then today I am sitting at my desk and I start feeming for that shower curtain again. there's another Target just a few miles from work, it wouldn't hurt to pop in at lunch. I still need to replace that frame…

They have the curtain,a dn it's the LAST ONE LEFT. It is meant to be, that shower curtain! I grab it and throw it in my basket.

Hmmm… now I need a new bathmat. I think another bright would be cool, like a cobalt blue. I search the aisles, but only find mats in white, muted hues and soft pastels. None are right. I leave Target with the shower curtain, some cups and plates for the cookout and head straight to Linens and Things next door.

what is it with bath mats, anyway? I can find towels in orange, hot pink, turquoise and neon green, but can find bathmats only in colors they paint insane asylums. I end up grabbing one in black because I figure it won't show too much dirt, and it at least matches. Grab two bright blue hand towels and find that though target no longer carries album frames, Linens N Things does and I leave feeling complete.

Do I REALLY need this stuff?

I am glad my husband is away tonight. My plan is to switch out the bathroom stuff, see if I fall utterly in love, and if not, will return it all tomorrow. In my head, it looks awesome. I switch out the photos in the frames on the wall that my husband took in Mexico with stark black and white shots he has taken around town. The black and white of the prints, the frames and mattes, the curtain against the cool brights of the towels and walls will be so awesome.

If it is actually awesome, I will share photos of my little old bathroom. If it is not, well then I will feel even more rich when I return it all tomorrow! 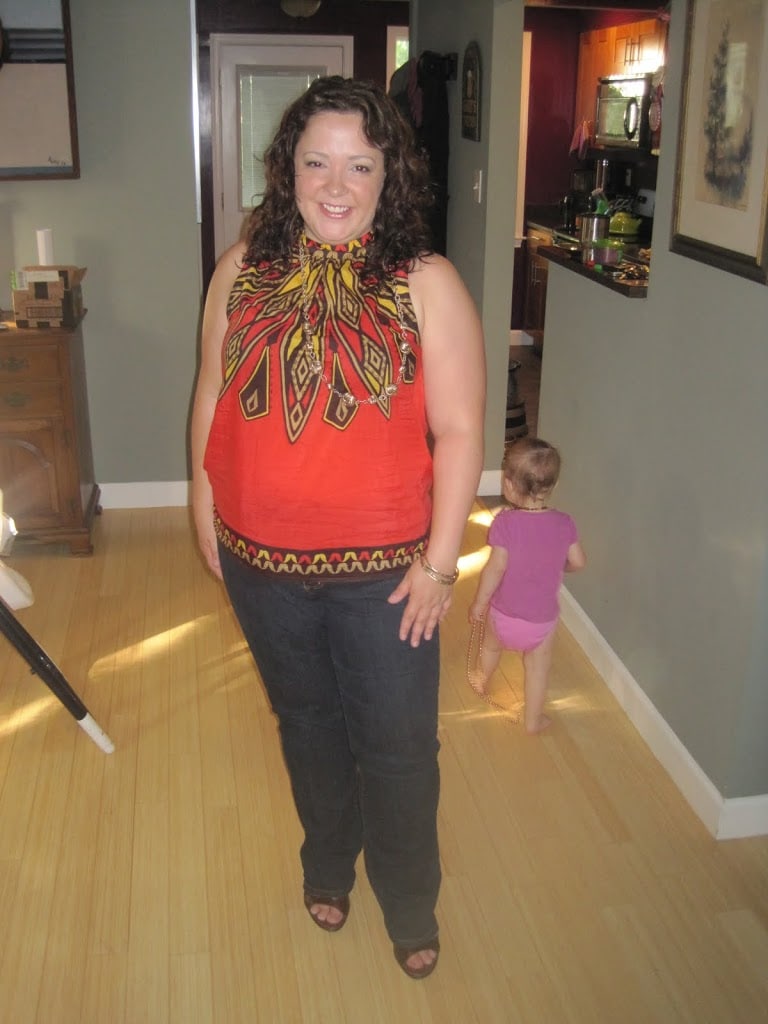 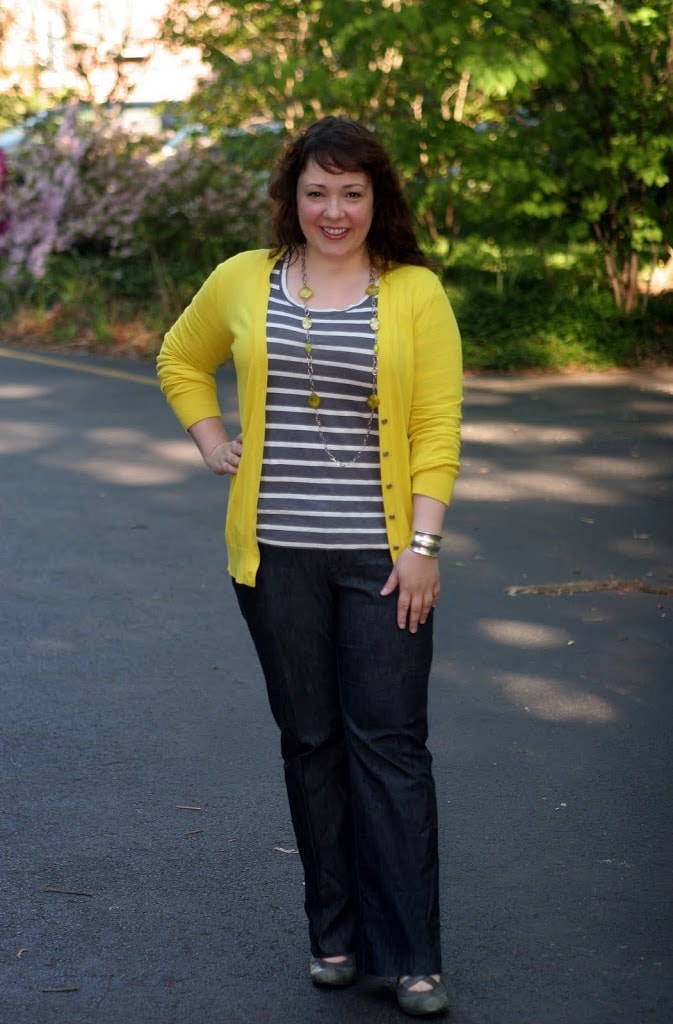