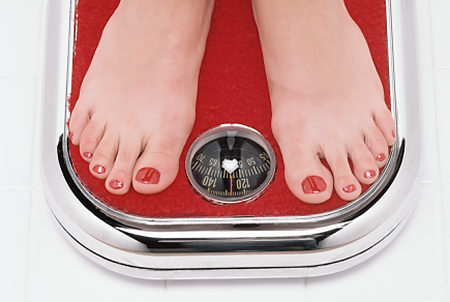 meeting because the DC Metro was being difficult and I was 45 minutes late.  On top of that, it was the first meeting of the New Year and the weigh-in line was out the door.  I got weighed in just as the leader finished the meeting.

I removed a little under a pound last night. I was pretty surprised because I drank my fill of champagne (and champagne punch) on New Years, balanced out the alcohol with plenty of my munchies, the next day went to our favorite Greek diner for a patty melt and two regular Cokes, and the rest of the week I have been back to work, sitting on my rump, eating take-out and leftovers from the holiday party.

However I am trying to be smart, and my appetite has dwindled drastically. The diner breakfast for example – part of me thought I should get something far more healthy, but my hungover belly craved greasy cow and high fructose corn syrup blended with caramel color. So I did it, but I couldn’t finish the sandwich and I consumed maybe ten of the fries. A year ago? I would have cleaned my plate, snagged some hashbrowns off my husband’s plate, and an hour later would be elbow-deep in a bag of pretzels with a tub of sour cream by my side.

My Staycation really helped me realize the bad habits I have at work. My boss has a never-ending candy bowl and I find each time I go to his office for a pow-wow or to ask a question, I grab a Fun-Size something for the trip back. In our building lobby is a gift shop and when I miss breakfast, I have been known to go down there and get myself something caffeinated (a bottled Frappucinno or a can of diet something), and then a foodstuff which is filthy (chips, candy bar, donut, you get the picture).

Now, I keep things like bananas in my desk drawer – they are 0 PointsPlus and will keep me filled until I am ration enough to think and find a healthier and lower PointsPlus option for my meal.

I also walk down the stairs at work any time I am not wearing crazy heels. I am on the 9th floor, so it gets me a bit of exercise (would walk up the stairs but they have security doors that are locked). I am also one of those wackos who runs up the escalator at the Metro – my short stint of cardio. This week I have tried to at least walk around the block each work day so I get off my tookus.

I still need to get in more regular exercise, I still need to track better, but I am feeling changes in my attitude, my appetite, even my sleep. It feels good.

And since we’re talking food, I’ll share some of the goodies I made for my New Years party: 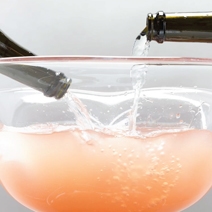 Champagne Punch
Champagne punch rocks because it’s a glam way to serve the crappiest, cheapest champagne at the liquor store. I used the $4.99 Andre Brut.

Take the triple sec, brandy, and pineapple juice and mix it together and put it in a container in the freezer. Leave it there an hour or even overnight. It won’t fully freeze, but will get slushy. At time of the party, dump the slushy concoction in a punch bowl, add the ginger ale and champagne. Voila!

Non-alcoholic Holiday Punch
Always nice to have something fun for the non-drinkers to drink! I made a calorific version of this because I didn’t think my pregnant and nursing friends who were designated drivers wanted a belly full of artificial sweetners. However I am offering you the diet version since it is delish, and this IS a Weight Watchers-themed post. Big thanks to my sister for this recipe – she made it at her holiday party and it was a smash.

Dissolve the Splenda in the water. Add equal parts ginger ale and cranberry juice to the pitcher. Stir – warning this WILL fizz up. Drink and feel very chi-chi because it tastes fancy, but it’s not eating up all your PointsPlus. Could be made naughty with a splash of vodka. 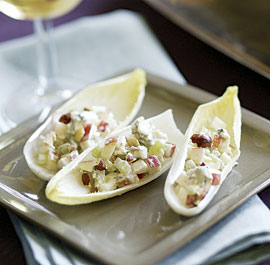 Search four grocery stores for endive. When you finally find it, buy way more than you think you need (I got 5 heads). Get home and thank your lucky stars you bought so many because the endive is limp and sad and you can only get a serving plate of leaves from your purchase. So lay out your “boats” of endive leaves, drop like a half of a tablesppon of blue cheese in the “boat.” Take a handful or two of almonds and put them in a plastic bag and pound on them until they are crumbled – I used a Progresso soup can and pounded to the beats of Santogold. Sprinkle on top of the blue cheese. Then drizzle a bit of honey on top of this combo. Eat one before you put them out for guests because by time you come back to the table they will ALL BE GONE.

Hot Spinach Dip
I love spinach dip, I made this version off another version I found online and can’t find now. But this is what I did and it was the bomb-diggidy. Good next day cold too.

Put about 1 Tbsp of EVOO in a pan and heat to medium. When it starts to glisten, add the onion and garlic. Cook until it gets all soft and brown and your house smells amazing. Then add all the spinach – it may not all fit at first, but it will wilt down. Stir until all is wilted – about 5 minutes. Transfer concoction to a mesh colander and press out as much moisture as possible. Leave the spinach and move on. Go back to the pan, which is still heated to Medium and has little brown bits of garlic stuck to the bottom and add the milk and cream cheese. My recipe said to wisk but this made the craziest mess so I switched to my beloved Spoonula. Mash until well blended. Add the drained spinach mix, the Worstershire sauce, the Tobasco sauce, the salt and pepper. Now add the mozzarella and bring down to Simmer, and stir until ready to serve. Served with pita.

Mix equal parts of Neufchatel cheese and sour cream together until they have a consistency that’s a tad thicker than mayo. Add horseradish – I did it until it was really really horsey (I like spice). Stick it in the fridge until you are ready to make your appetizers.

Cut your baguettes into ½” thick pieces. Brush with EVOO and stick in the oven at 300 degrees until golden brown – about 15-20 minutes. Let cool.

Cut your roast beef into strips about 1.5” wide. I cut mine into thirds.

When ready, spread your horsey topping on the baguette, then fold a ribbon of roast beef on top. Put on tray, put out for friends, watch them gobble it up and think you are a brilliant cook. The end.

Well, not the end. Leftover horsey sauce is amazing on a leftover pita with mixed field greens, leftover roast beef, some red onion and tomato. 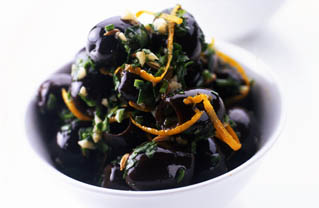 Marinated Olives
This recipe is the bomb-diggidy. I got it off the Food Network. I like it so much, I may make it just to have in the house. Fabulous way to take super cheapy canned olives and make them gourmet.

I tried to have food that was fun – not your typical chips and dip.  I am not a gourmet cook, and I KNOW I am not a baker.  I found that people found this food pretty delish – had very few leftovers!