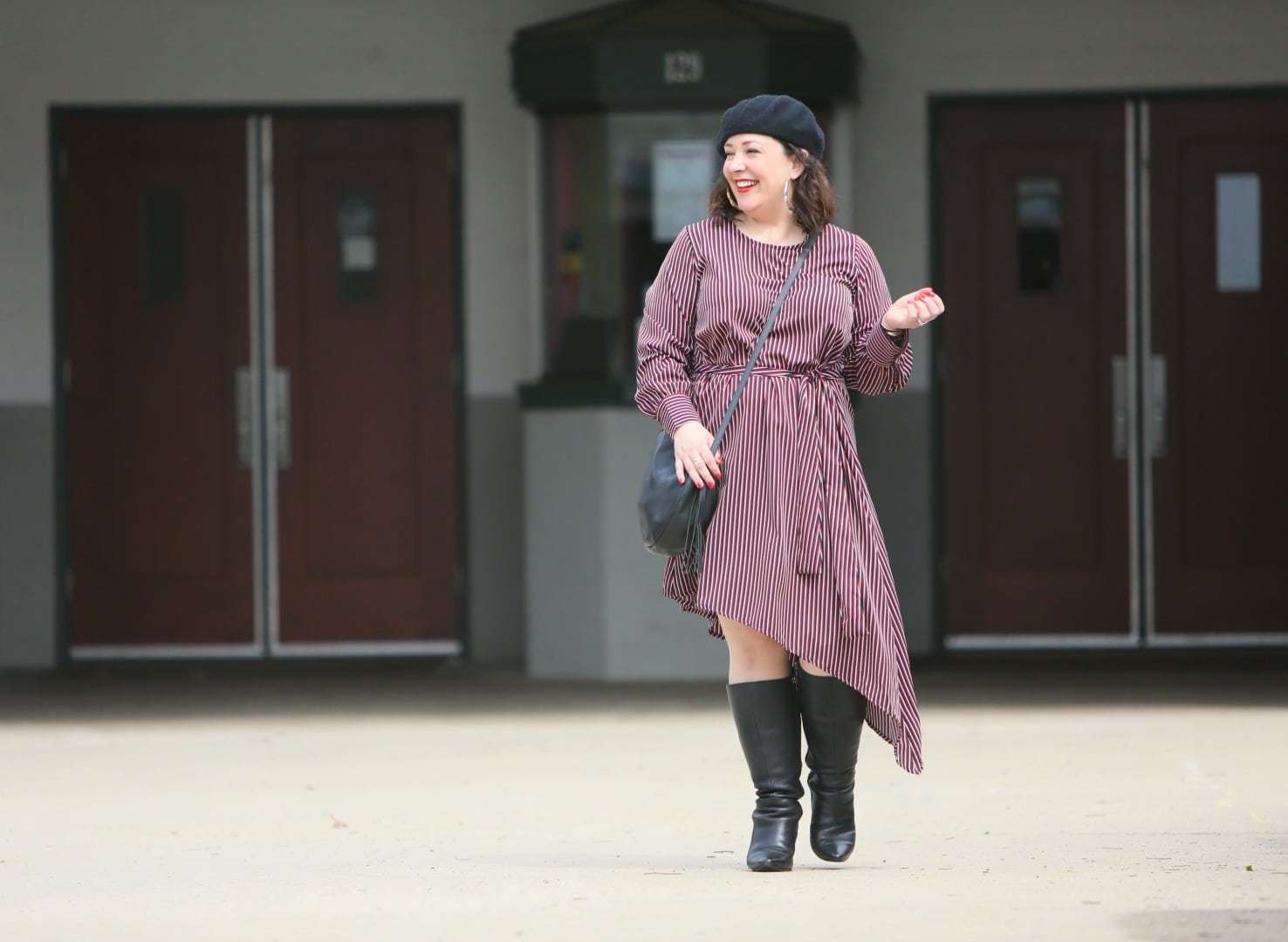 I bought this dress on our weekend at National Harbor. I visited a boutique called The Pinkwell which carries regular and plus sizes. I tried this dress on over jeans and thought it was a cool effect, but have since also worn with tights and when the weather warmed, just tall boots. This is such an easy dress, yet it makes such a statement. 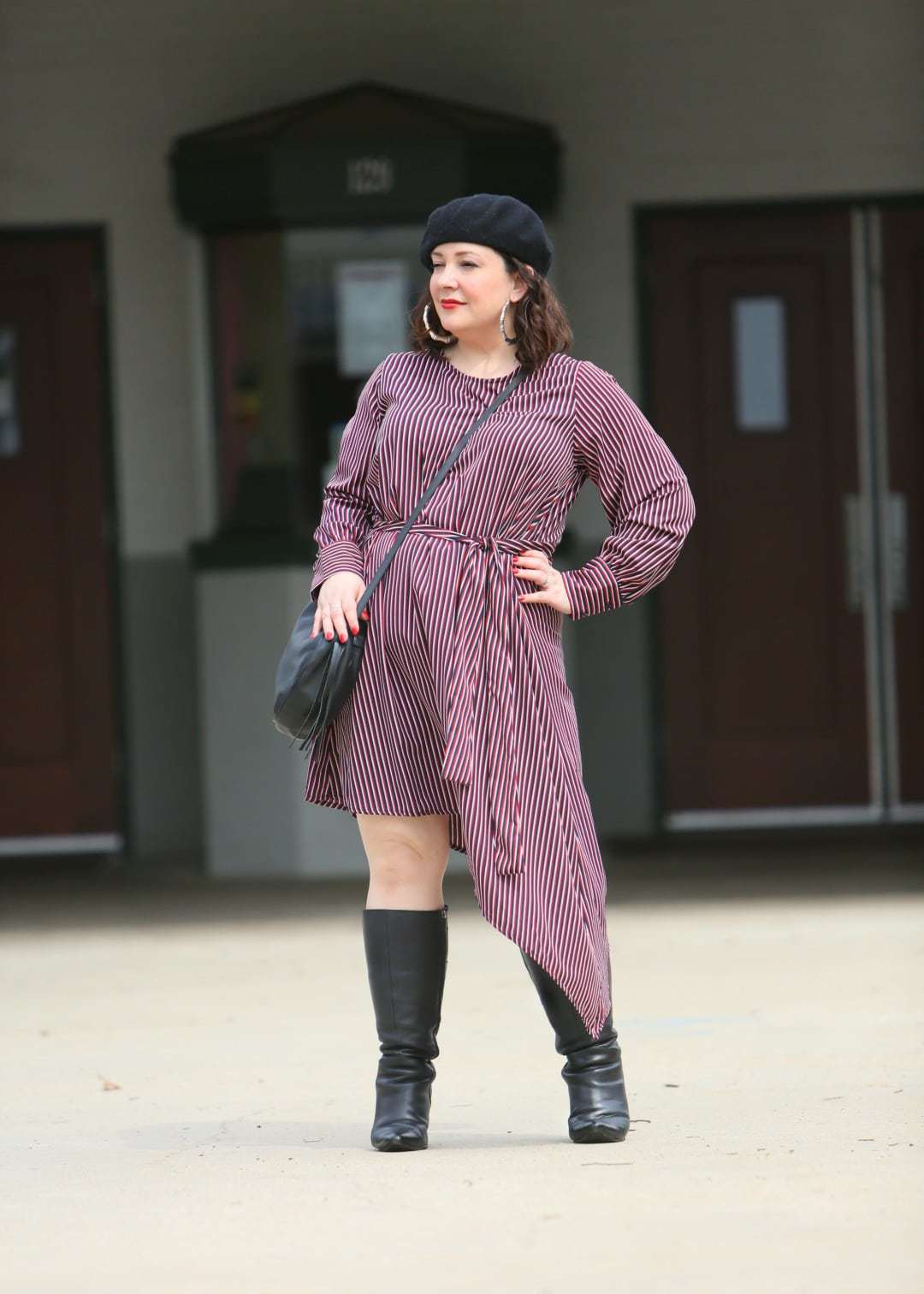 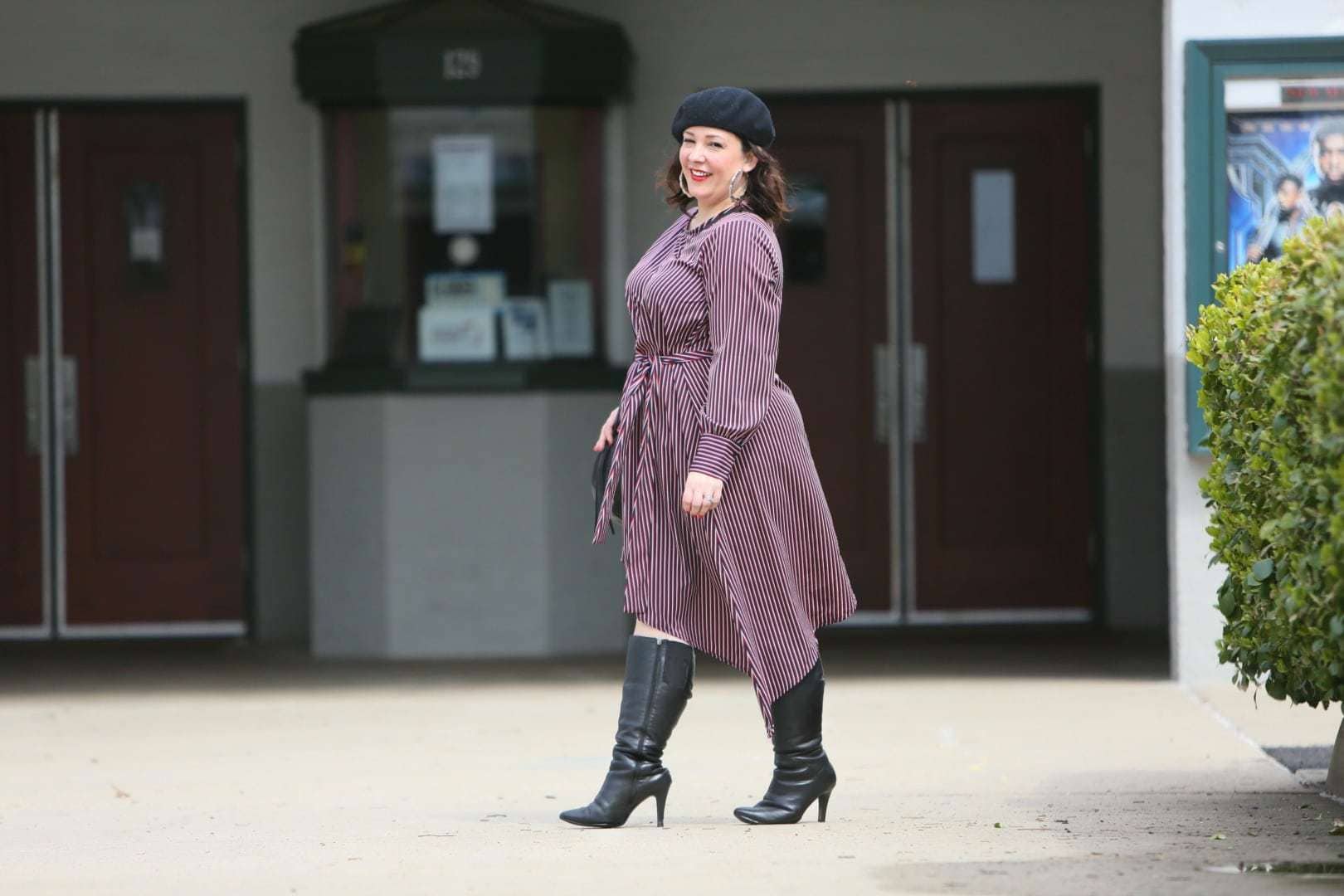 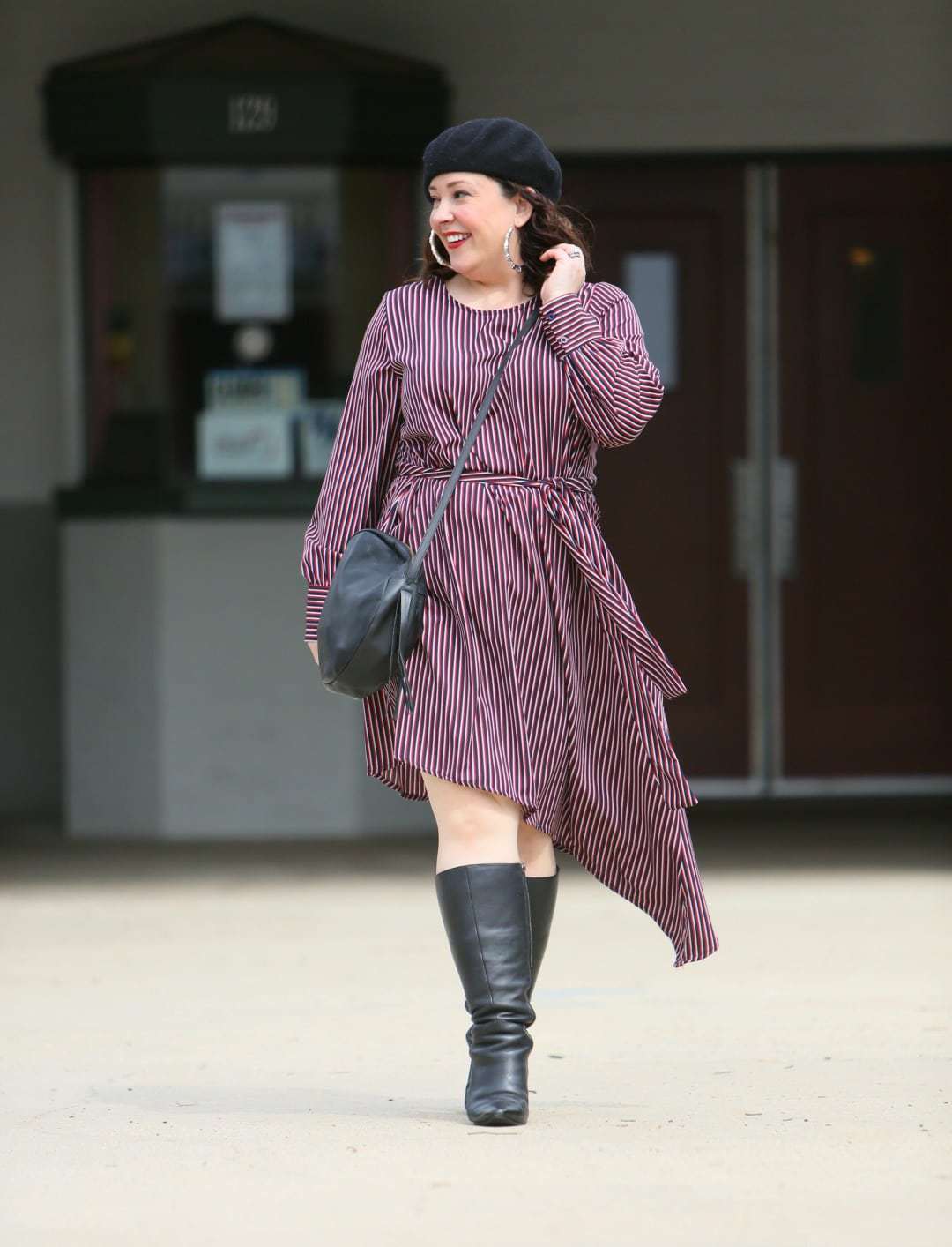 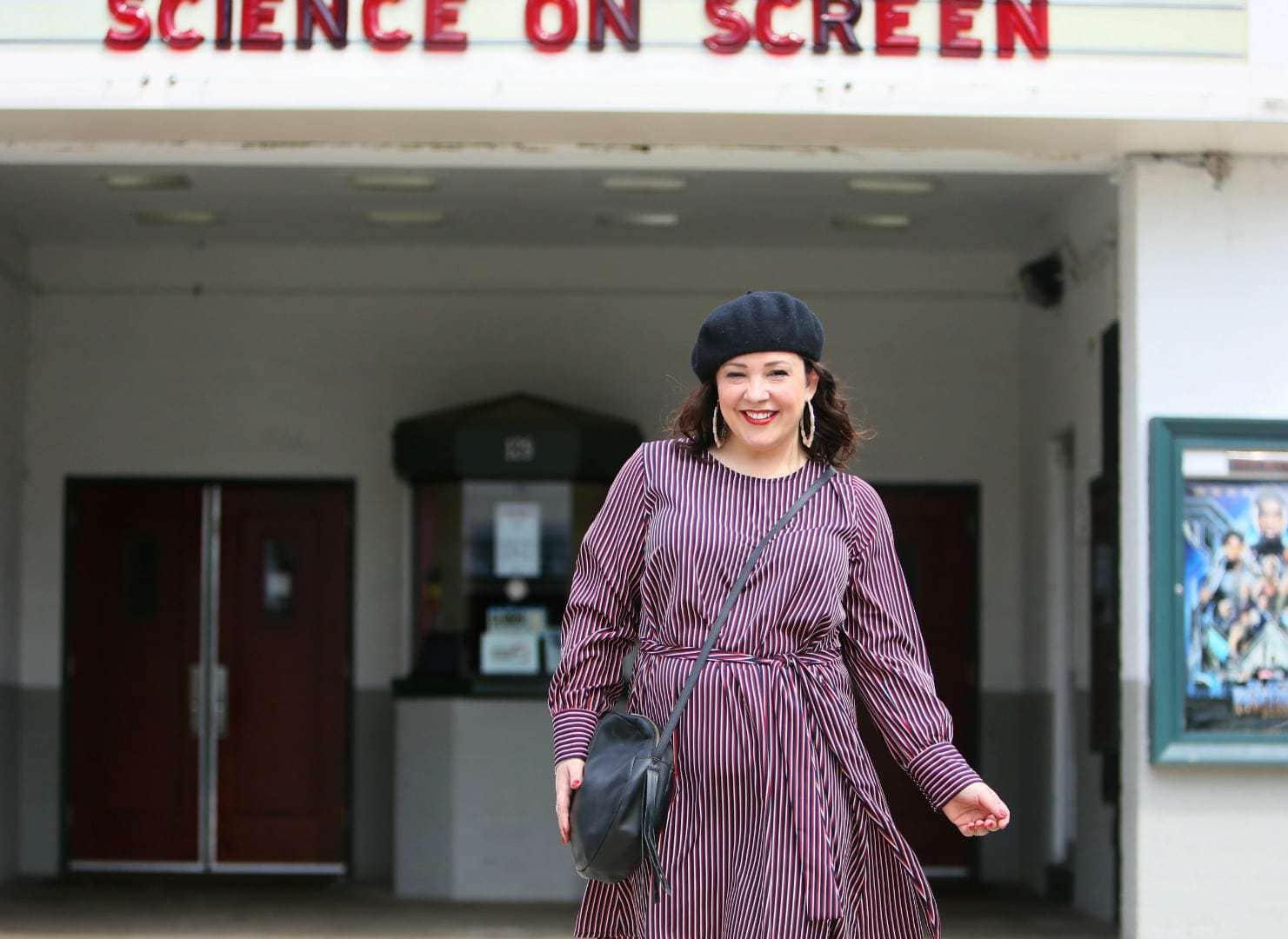 I wore my beret in this blog post and this blog post, and wear it often because it's such an easy way to cover a bad hair day while adding style. I wore this exact outfit to an event at LOFT a few weeks ago when they launched their plus size collection – even with the hat and I felt very stylish yet comfortable, even though my hair was a mess! 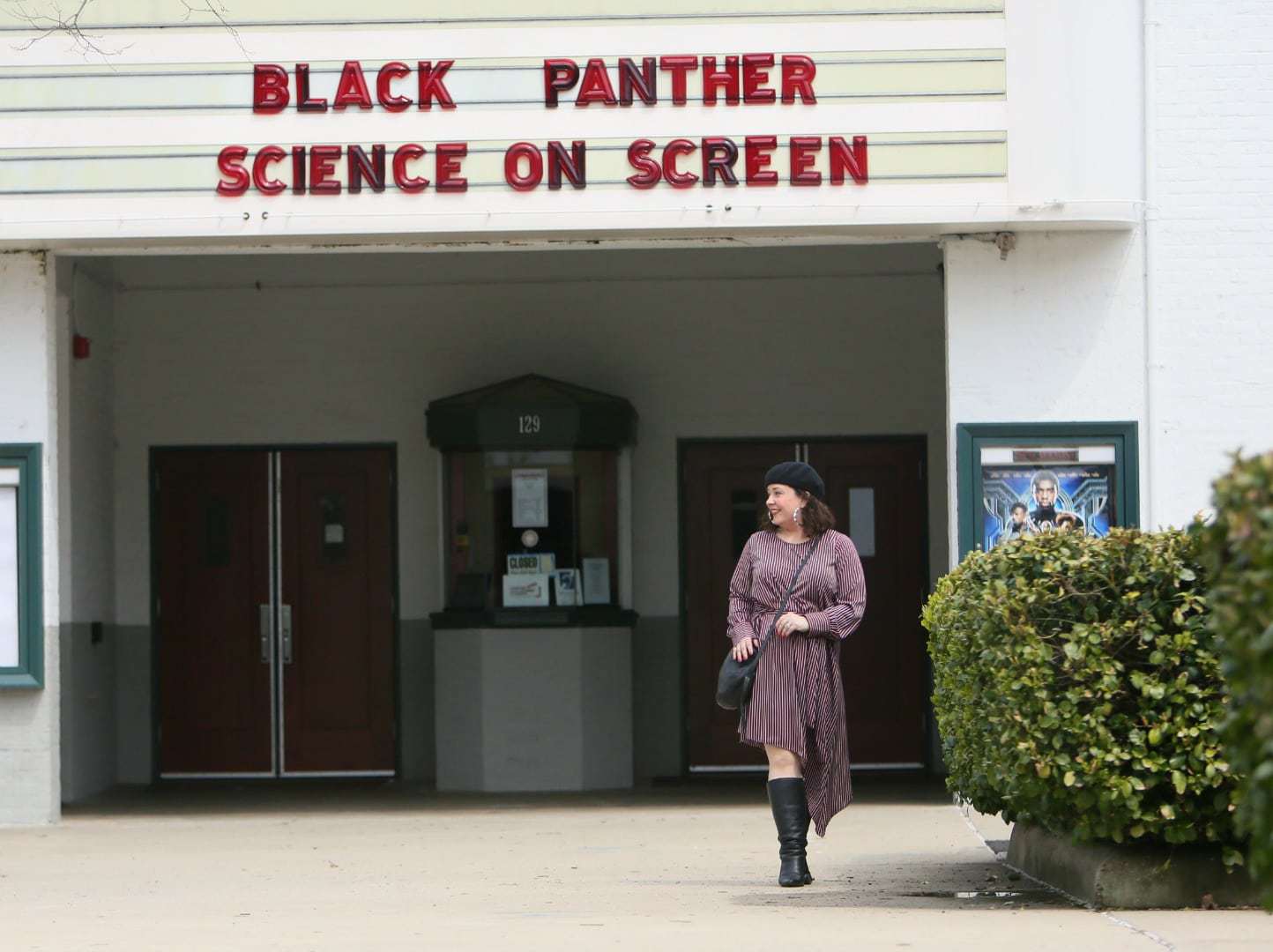 The season for an outfit like this is coming to a close. Yesterday we opened the windows throughout the house; the birds were singing all day and the cicadas all night. I'll soon be packing up the sleeves and bringing out the spaghetti straps! 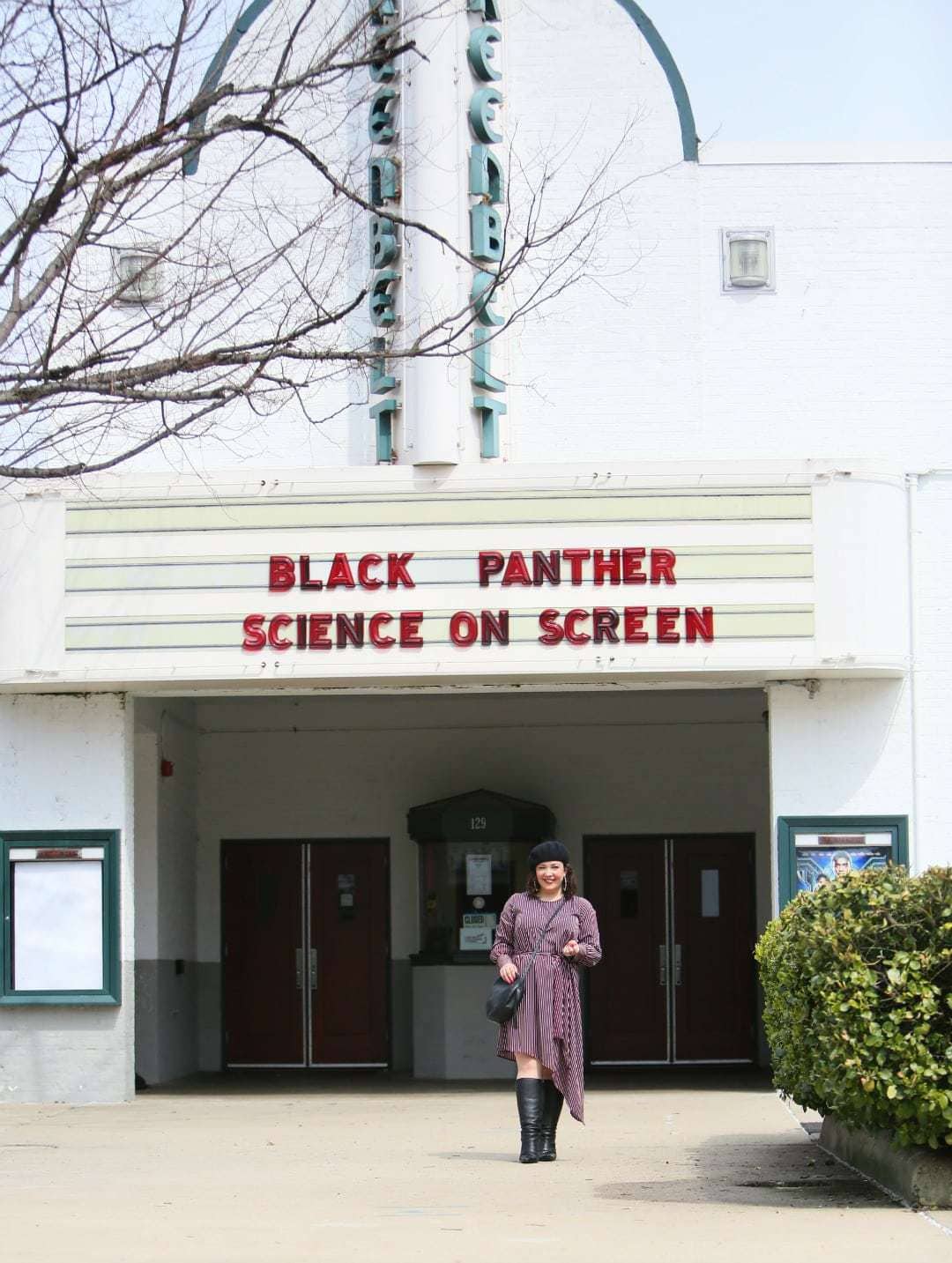 These photos were taken in front of The Old Greenbelt Theatre in Prince George's County, Maryland. Built in 1938, this single-screen theater has been the heart of historic Old Greenbelt since almost its beginning. It was renovated a few years ago and shows the latest films as well as classics, indie flicks, and special events. The OGT hosts The Utopia Film Festival every October. Each Halloween, the Old Greenbelt hosts the city's costume contest, and then shows It's the Great Pumpkin, Charlie Brown. The first Friday of December, Old Greenbelt hosts its Festival of Lights and one part of this festival is a free screening of The Grinch Who Stole Christmas. I've seen a couple midnight showings of Rocky Horror Picture Show here, the line wraps around the center in front of the theater and so many patrons are dressed up. When there's a snow day, the Old Greenbelt hosts a free kid-friendly movie for the kids in the neighborhood with cabin fever. Living in Greenbelt, we are so lucky to have this non-profit historic theatre that offers an amazing selection of films while doing so much for our community.