Friday night we had a friend over for pizza, beer and movies. I started feeling ill, fell asleep on the couch, woke up and ended up getting sick. 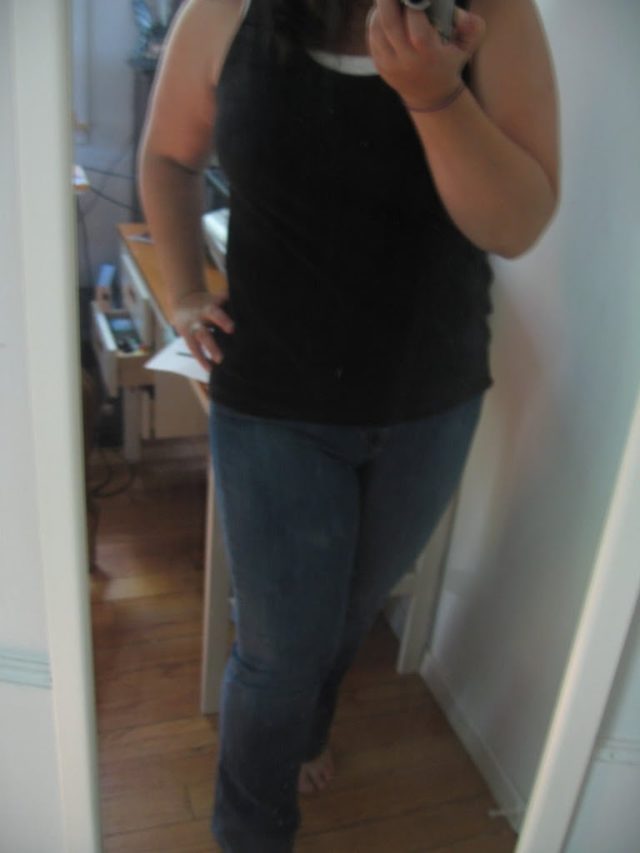 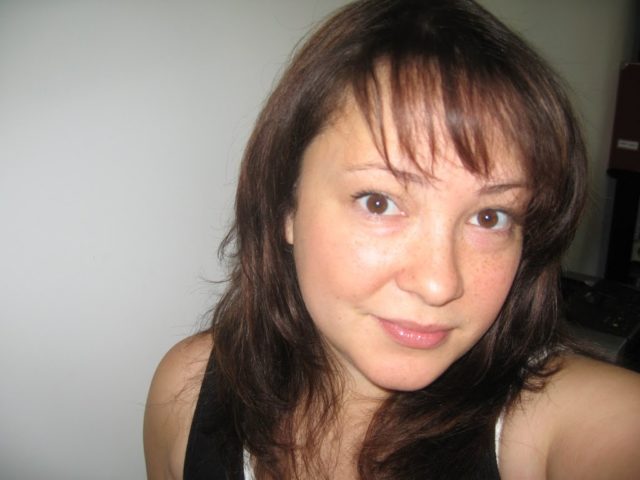 The next day I was still feeling shaky and poor. We had a business meeting at our favorite Greek diner to go over the logistics for the day's wedding we were shooting. I had plenty of water, tried some toast and egg, but it didn't last long once I got home.

Hair was second day brushed and the bangs straightened a bit. 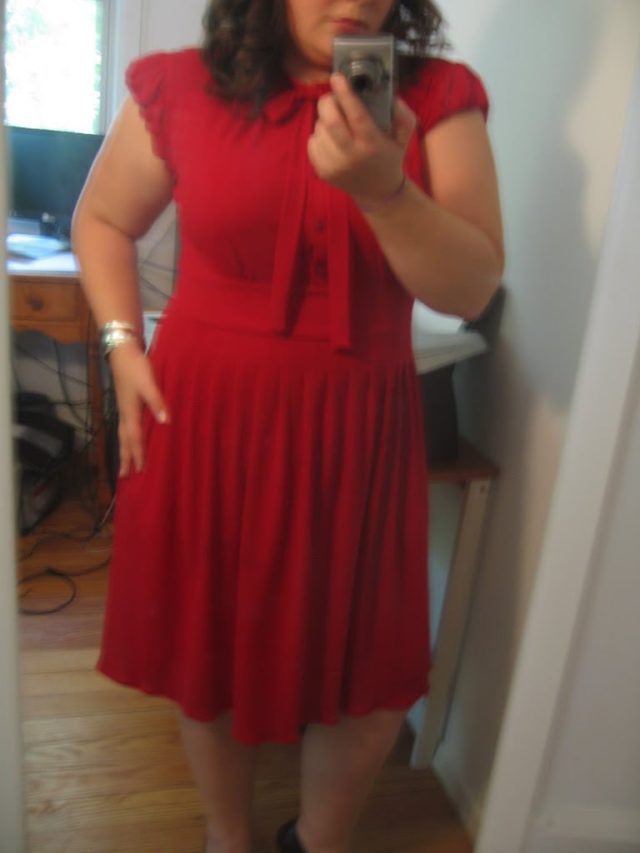 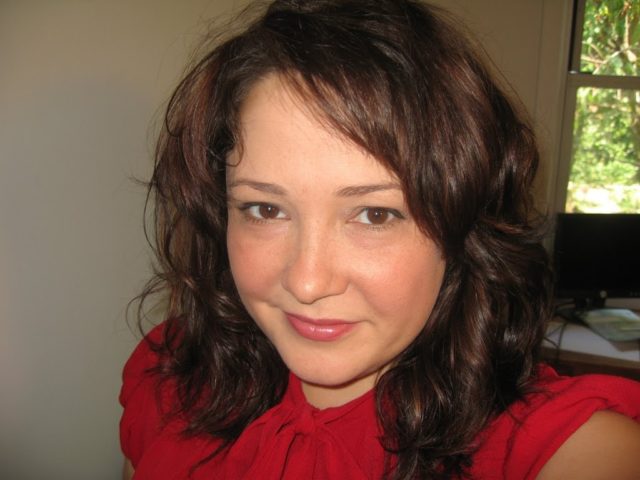 Tried to rest up, but still feeling poor by time we had to leave for the wedding. Took a shower to freshen up. Hair was washed, conditioned, some Jonathan Silky Dirt added while damp. Let air dry 50% and the rest was dried with the diffuser. It looked how I felt, sorta ragged and tired. Hit many pieces with the curling iron and ended up with this result.

Red crepe jersey dress from Maggy London (great for photo shoots because it has pockets for my cell, business cards, stain remover and misc. other necessities), gold bangle from Ralph Lauren (changed to it after the photo), black croco peeptoe heels from BCBGirls.

Makeup is Smashbox Photo Finish foundation primer, L'Oreal True Match foundation in C3, concealer in W4-5, Cago Matte BeachBlush in Tenerife, Pop Beauty shadow set for brown eyes – the sparkly light khaki color on the lids, a darker khaki in the crease and along the lash lines. Maybelline UltraLiner in black on top lash line, matted by Soft Black eye color by The Body Shop. lashes curled, two coats of Max Factor Lash Perfection in black. On lips is Neutrogena Moistureshine Soothing Lipsheer in Plum Kiss (which is more of a rusty berry shade on my lips and not at all sheer).

Put on my game face, and we had a good time at the wedding. The couple was very laid-back, fun and obviously madly in love. They had a really friendly and fun set of families and the site was utterly gorgeous. Even better, we got to leave at 10:30 and I went o home and proceeded to pass out. It's hard working a wedding, but even harder on a completely gutted stomach. 🙁 By Sunday afternoon I was back to normal – guess it was a little bug I caught… 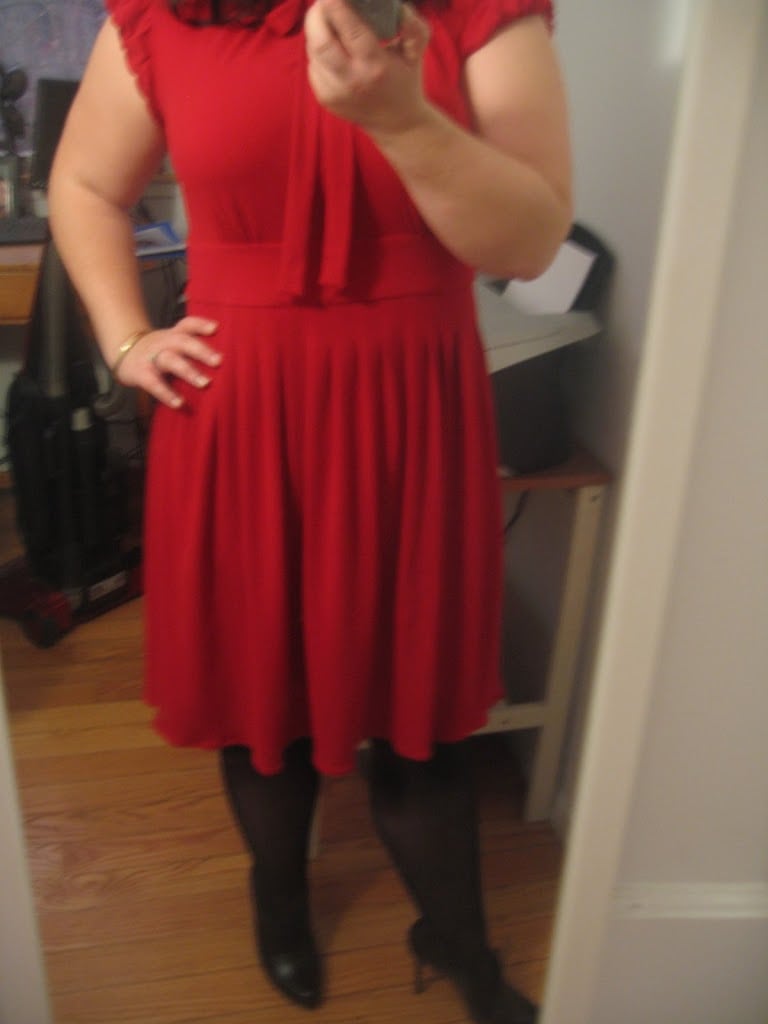 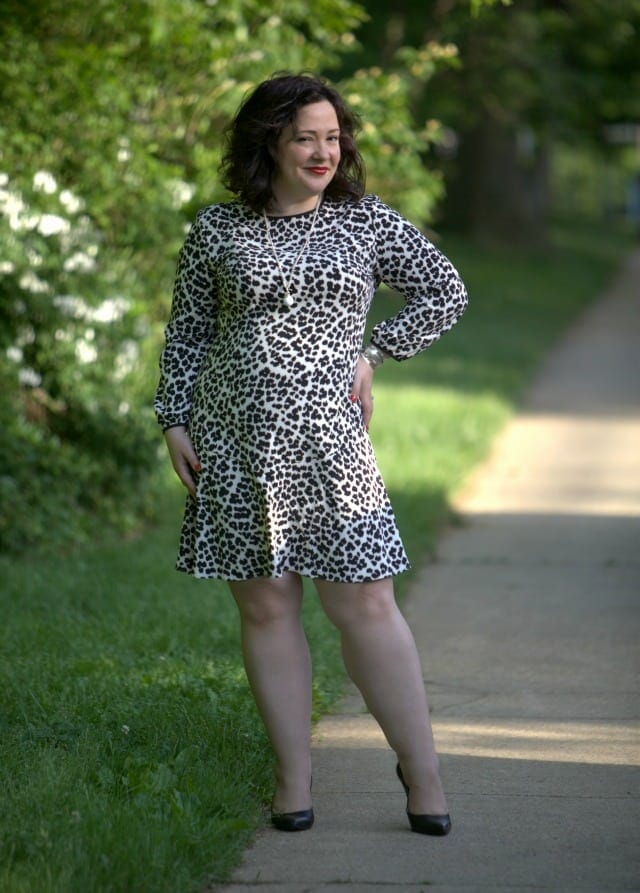 What I Wore: Snow Leopard in Spring 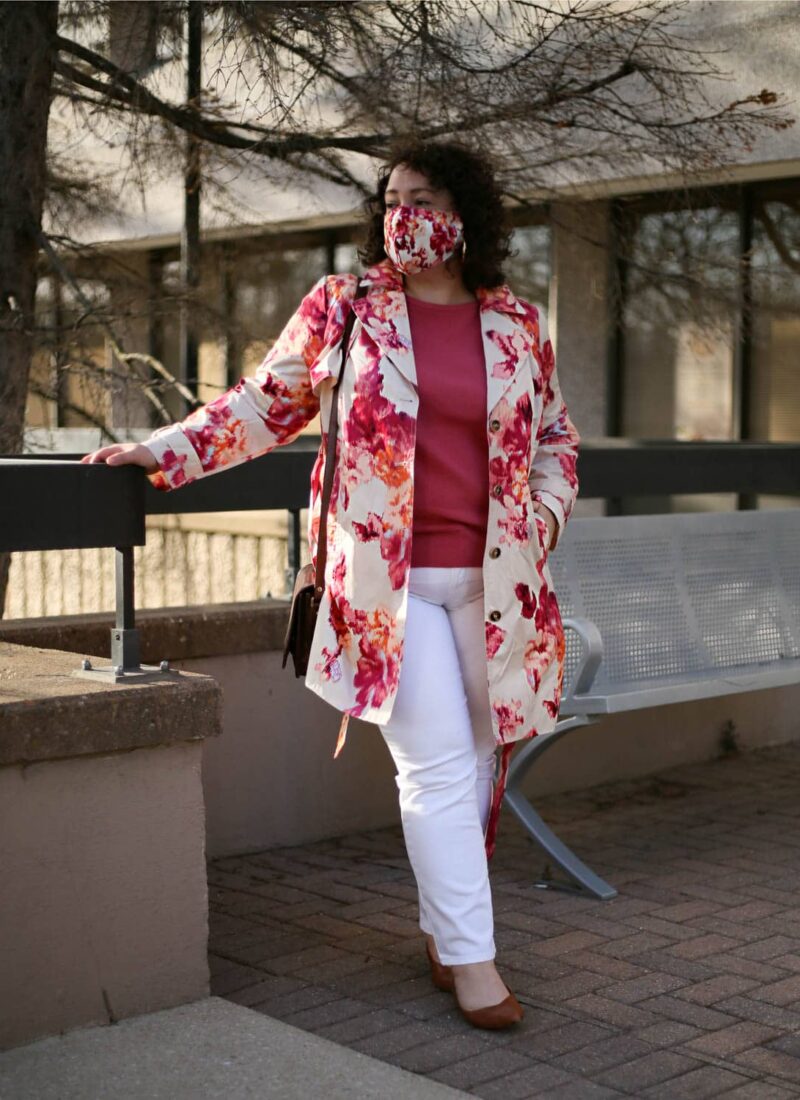 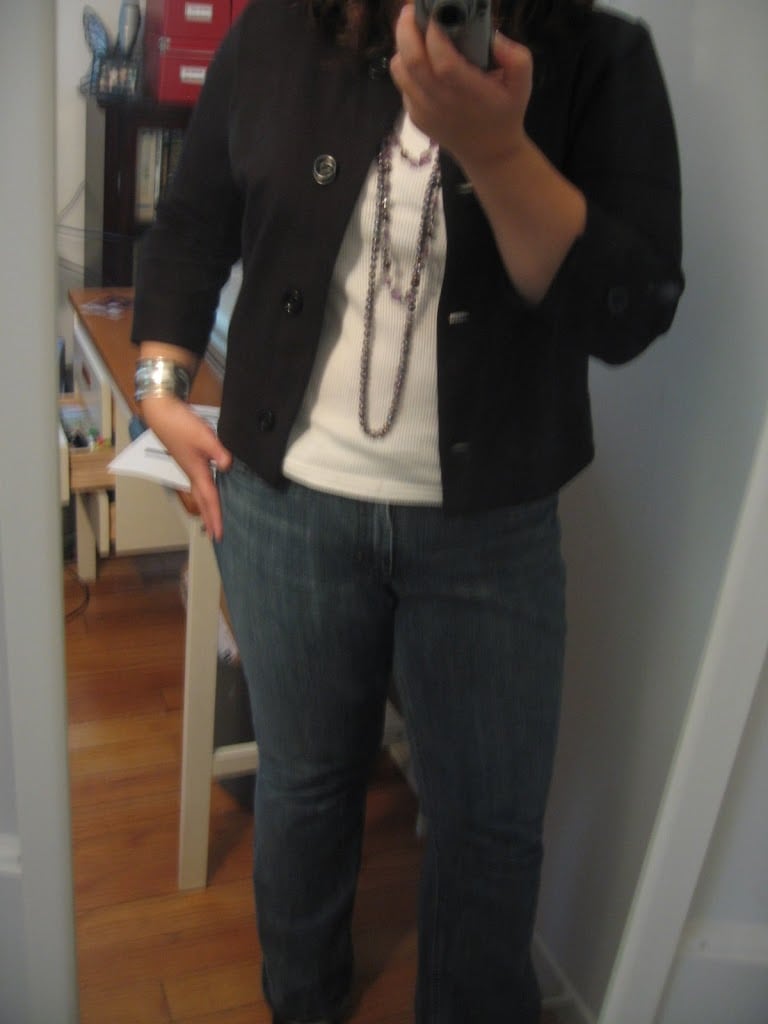