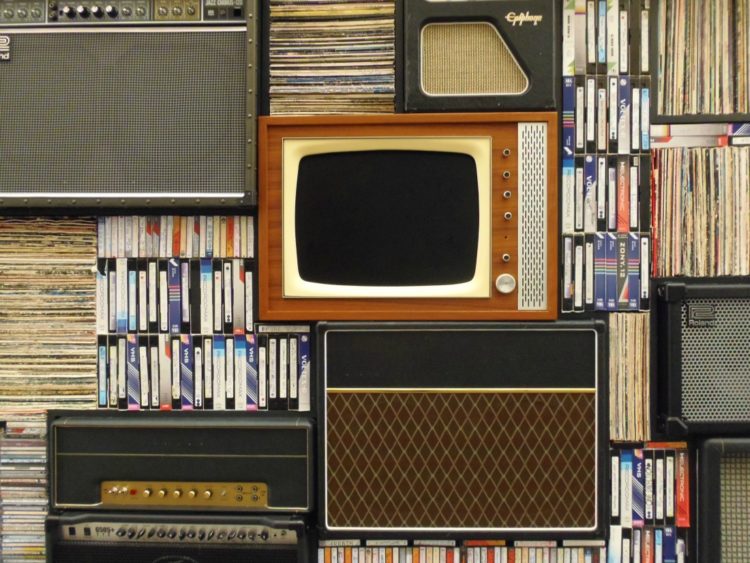 Photo by Tracy Thomas on Unsplash

I don't watch a ton of TV… except in the summer.  I don't know why it's different, I mean same job, same schedule, but I do.  It reminds me of childhood, being slightly sunburned, freshly showered, curled up in an afghan my mon crocheted, down in the rec room which was always the coolest room in the house since it was the basement level, watching You Can't Do That on Television or reruns of The Brady Bunch.  TV to me feels like summer.

It rained on the 4th of July.  My family and I headed to the pool but the skies opened and we raced home.  Emerson took a shower, then I did.  She retreated to her room for the afternoon and I curled up in an afghan and watched the first three episodes of Tales from the City.  I haven't binged a show since LOST but if we didn't have dinner I would have likely finished the whole season.

My favorite TV show for three summers is Claws.  It's in season 3 and a LOT has happened so if you're not watching it yet it's too late (unless you're the binging type) because it's utter ridiculousness with the most colorful fabulous characters and the most out there storylines and a shocking amount of violence interspersed with comedic perfection.  I DVR it and watch it usually on a Wednesday while sharing my blog content, eating breakfast, and replying to emails.  While I have adored Niecy Nash since Clean House and looove her on Claws, I truly love every single female character on the show and how unique and nuanced they are and how they interact with one another.

I also have a thing with GenZ and young millennial shows.  I've gotten older but my taste in TV has not. The season ended but I positively adore The Bold Type.  I know they have past episodes on OnDemand.  It takes place at a magazine similar to Cosmo and I adore every character.  Grownish, a spin-off of Blackish, is another favorite.  It follows Zoey, oldest child from Blackish during her time at college. I'm watching an episode while writing this (okay I watch some, then pause to write, then turn it back on when I need a distraction) and there is one scene that made this GenX-er gain some life knowledge from kids who literally are the age where they could have been birthed by me after receiving a four-year college degree.  Maybe it hit harder because I am working on trying to get my curls back:

NOMI: Listen, okay, you made a valiant effort, but you can't just carve out a weekend and then suddenly expect everything to be solved.
JAZZ: Yeah, Zoey, it's like how you are with your curls. It just doesn't happen overnight. It's a process. First, you start off by trimming off the dead ends, then you gotta find the right products, then you pineapple it at night, and then you plunk it in the morning. It's about maintenance. Just like self-care.
SKY: Yeah, you practice a little bit of it every day. And, you know, you can't get curl and life goals in one weekend.

I'd love to say I am so enlightened I only read books, and they're real books, but of course, borrowed from the library or purchased from thrift stores while communing with nature and drinking herbal tea and wearing ethically sourced linen wide-leg cropped pants that are perfect for sitting in Sukhasana.  Nope. Sometimes I just love lying on the couch under an afghan absorbing a hell of a lot of blue light while drinking coffee too late in the day.  And it feels even more right on a summer afternoon.

This piece may not make any sense for those of you who aren't influencers but I just HAD to share it.  It goes along with yesterday's post on how blogs make money.  If you follow influencers on Twitter and Stories you may see them occasionally complain about those who work for free.  This article from Brianne Huntsman delves into product-only campaigns and how we influencers can sell our worth to get paid opportunities. A bit more of “how the blogging sausage is made.” (Medium)

A reminder that news headlines don't paint the whole picture.  A positive look at the future of America: Boys are wearing U.S. Women’s National Team jerseys and that feels like progress. (Chicago Tribune)

A great example of a good sponsored post full of useful information.  Our parents are getting older, are you prepared? (Kveller)

I have never been on the Haunted Mansion at Rehoboth Beach, but now I want to check it out this summer when I visit! (Washingtonian)

A century after the passage of the Nineteenth Amendment, it’s worth remembering why suffragists had to fight so hard, and who was fighting against them. (The New Yorker)

It's no secret I adore Jonathan Van Ness from Queer Eye fame.  He has a podcast called Getting Curious and I don't listen to it regularly (now that I don't have a work commute podcasts are a rarity) but I HIGHLY recommend the one with Alok discussing living inside and outside the gender binary. If you're confused, questioning, angry about, or just want to be more informed about this topic, this is a fabulous and friendly way to learn more from the comfort of your headphones or car stereo. This is the link for it on Apple Podcasts, here is the link for it on Spotify, and here it is on Stitcher which is easy to play from a computer without a special app or membership.

Sometimes my daughter gets a song in her head, plays it over and over, and I want to SCREAM! Hello Old Town Road, which she has taught herself to play on the piano.  But I remember how important music was to me at that age (heck at every age) so I hold back my opinions and let her play what she wants, occasionally offering headphones or suggesting she turn it down a smidge.  Well Old Town Road has been replaced by a new song and it's one I don't mind having stuck in my head all day long.  LSD is the supergroup of Labrinth, Sia, and Diplo and their entire album is genius (I'm so punny) but this song is maybe the most catchy one from it.