As a co-leader of my daughter’s Girl Scout Daisy troop, we wanted to find a way for them to actively participate in charities and volunteer activities. At age 5 and 6 and only having 60 minutes for a meeting, this proved more difficult than you may think. We were excited to learn about Operation Gratitude and it has now become a tradition every Memorial Day weekend to have the Scouts make cards for those serving our country overseas. 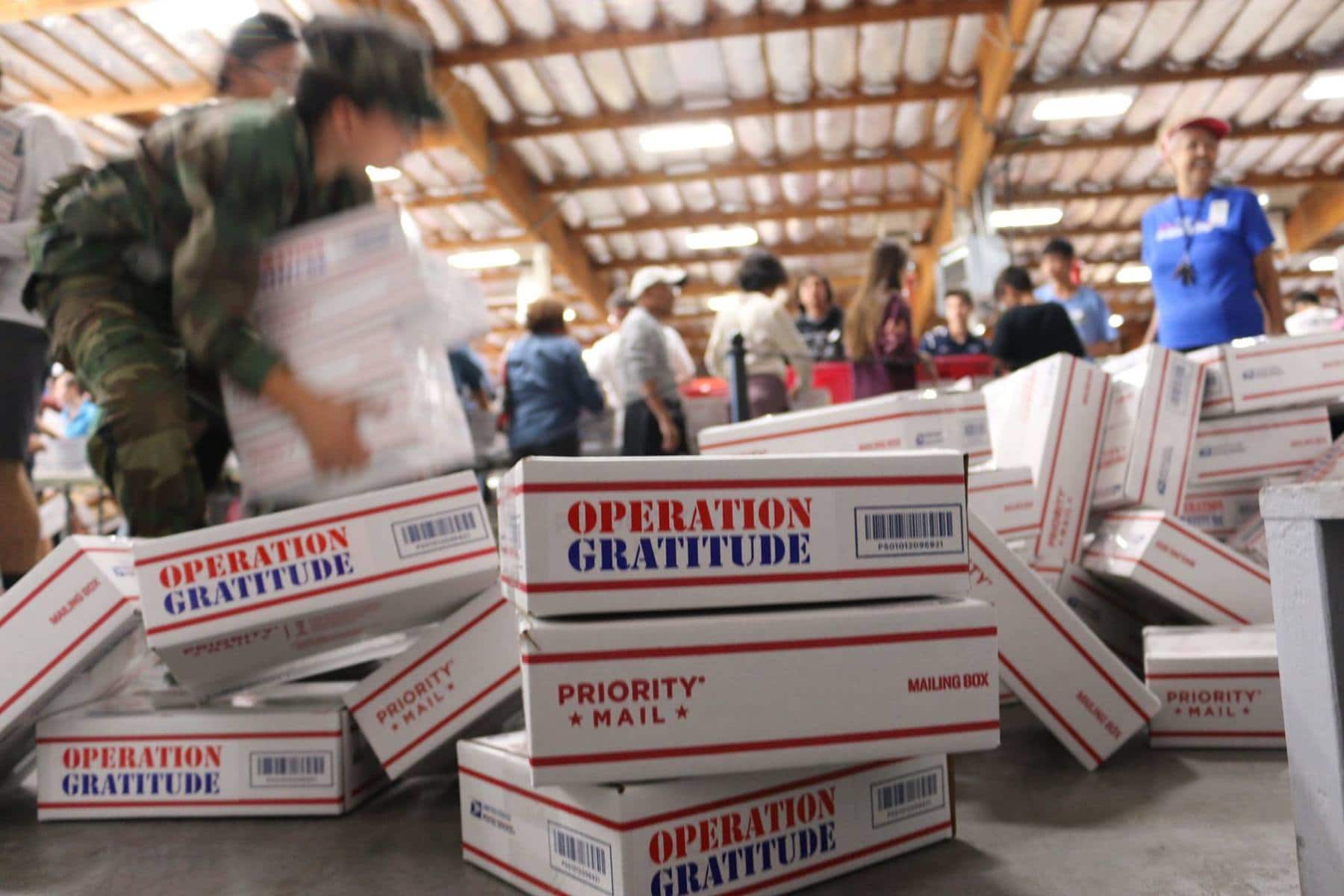 Each year, Operation Gratitude sends over 200,000 care packages filled with food, entertainment, hygiene, and handmade items, plus personal letters of appreciation to veterans, first responders, new military recruits, wounded heroes, their caregivers, and to individually named U.S. service members deployed overseas and their families waiting at home. Operation Gratitude’s mission is to lift the spirits and meet the evolving needs of the military and first responder communities, and provide volunteer opportunities for civilians anywhere in America to express their appreciation to all who serve our nation. Since its inception in 2003, Operation Gratitude volunteers have shipped more than 1,700,000 care packages. 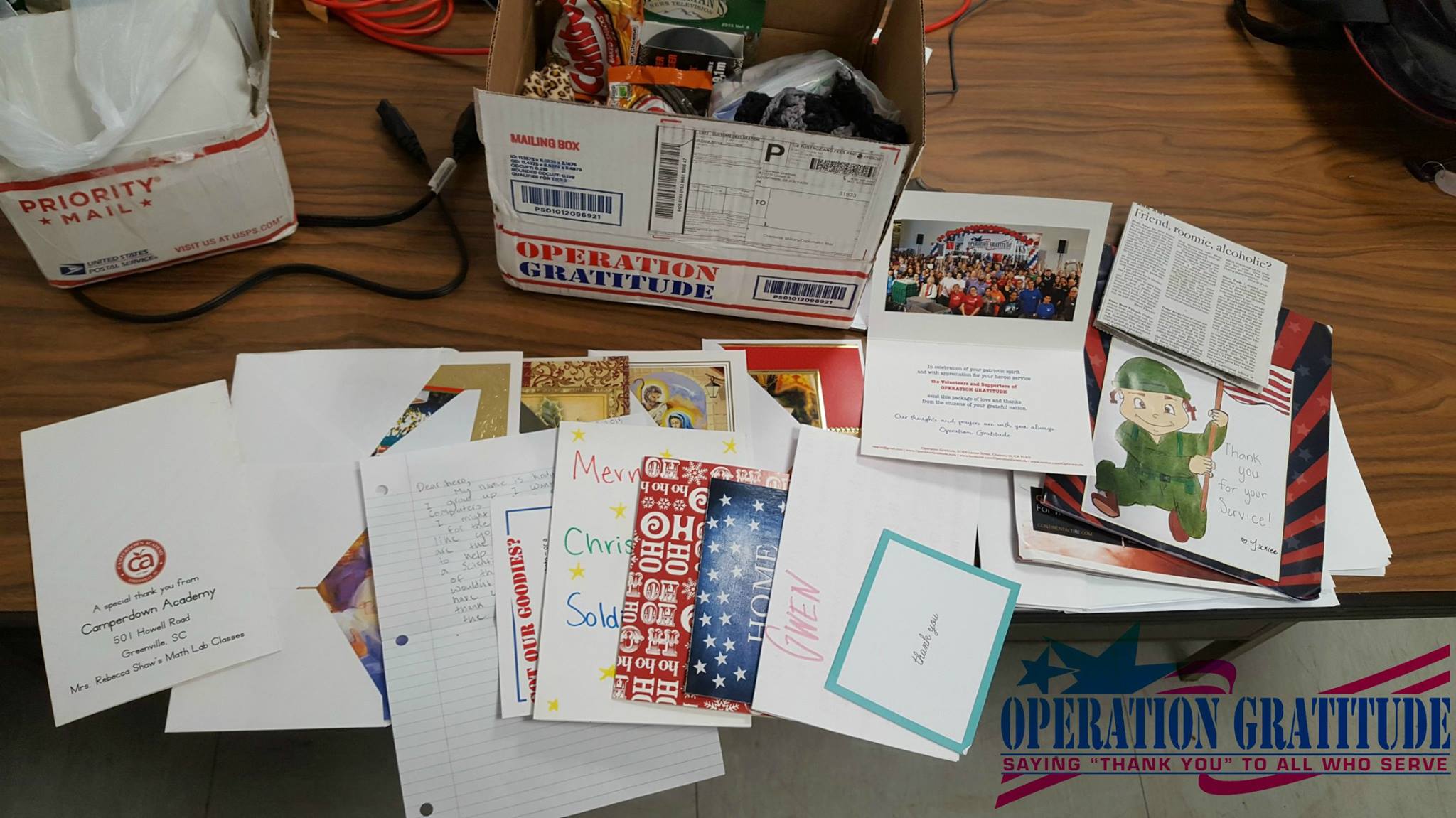 When our Girl Scouts were very young, we gave them paper, crayons, and on the board wrote phrases and words for them to choose to write on their cards. They weren’t personalized, but they were full of personality and Operation Gratitude let us know they received them and that they were delivered. It was a great way to teach the girls about the military, their purpose, and their service. As the girls get older, the cards can get more specific, more creative, and more plentiful.  Operation Gratitude has multiple card and letter writing programs, and your thank yous can also be sent to veterans, new recruits, and first responders. 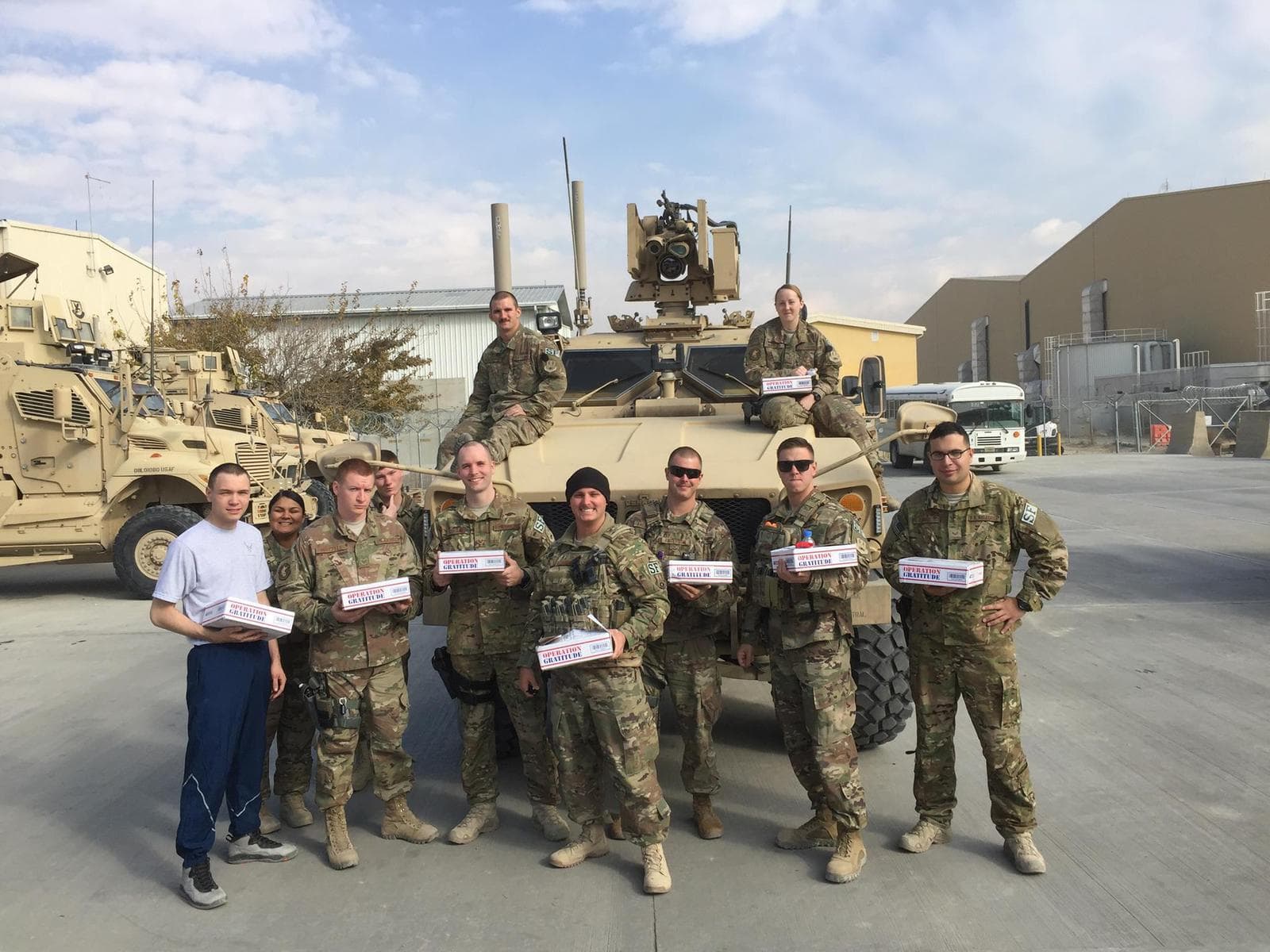 Operation Gratitude is much more than sending adorable crayon-drawn thank you cards to members of the armed forces. They have several programs that help the children of parents who are deployed, the wounded in military hospitals, veterans, new recruits, and even packages for caregivers and first responders. Their site is easy to navigate to find information on how you can support their endeavors, whether it is with a monetary donation, how to organize your own collection drive, projects you or your organization can do together, where to ship donations, and even how to donate your car to the organization.  Heck, do you still have a bunch of Beanie Babies lying around?  Operation Gratitude can make good use of them! 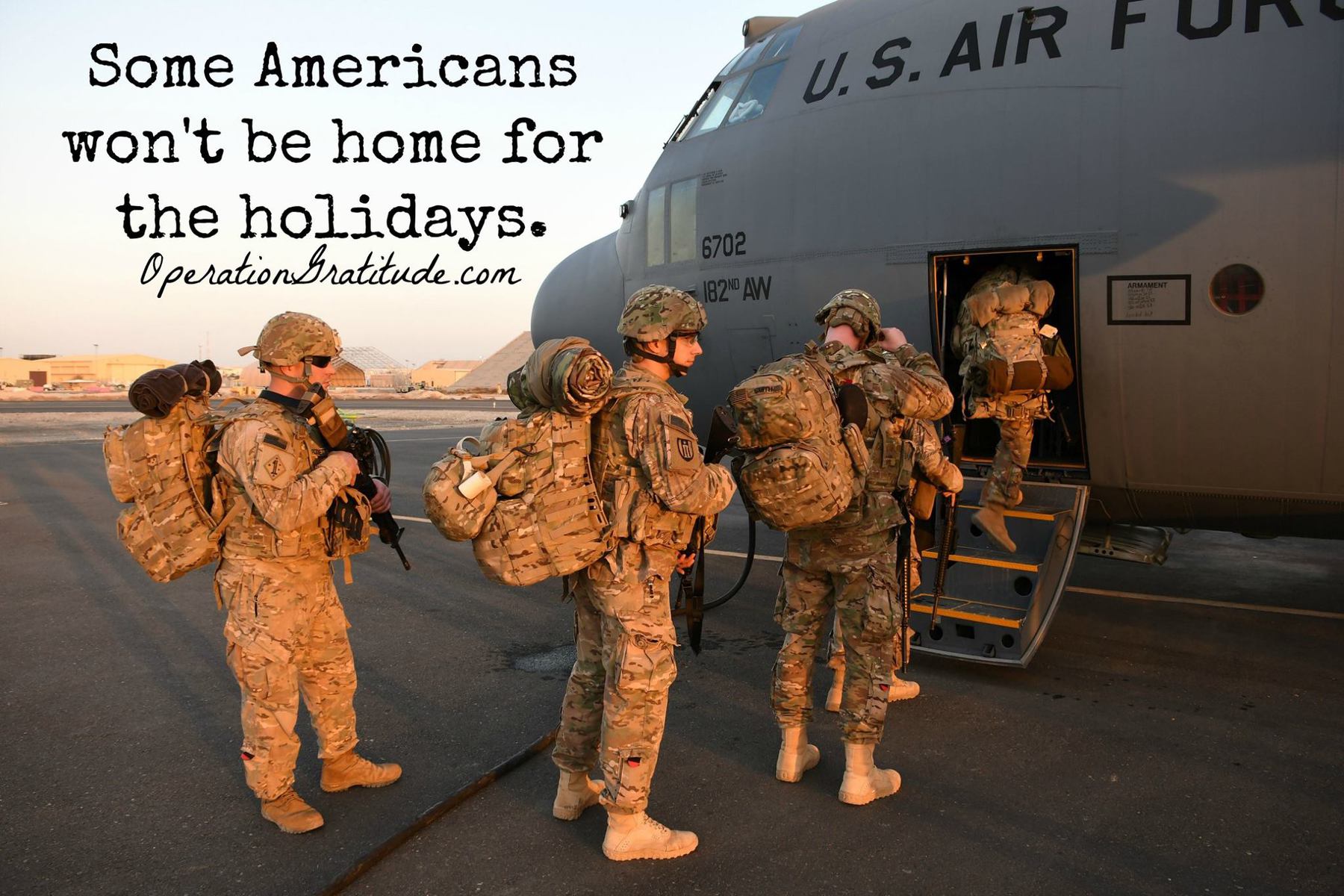 Recently I listened to an episode of This American Life where they interviewed a veteran who was known for telling great and funny stories (you can hear his specific part of the episode here). In it, interviewer Stephanie Foo says,

“Nearly 10% of Americans served in the Second World War. Back then, you very likely had a co-worker, a son, a neighbor who was serving in the war effort. In Vietnam, far fewer served. 2% of the population. Today, only about half a percent of our population has served in Iraq and Afghanistan, experiencing something that's mostly invisible to the rest of us.”

That really hit me. Sure, we’re making blockbuster Oscar-winning movies about the war and using plenty of service men and women in commercials this time of year to tug at the heartstrings, but in general, the current military situation is so remote to so many of us, it’s not on our radar. But these men and women are sacrificing their lives, their mental health, their family relationships to serve us and our country. Whether or not you agree what the government is choosing to do with your military is separate from respecting and honoring those who are out there on the frontlines and seeing every day that which is a blip on the news. To send them a little love, a little recognition, a bit of thanks especially at this time of year is pretty important. Let them know they aren’t invisible to us.