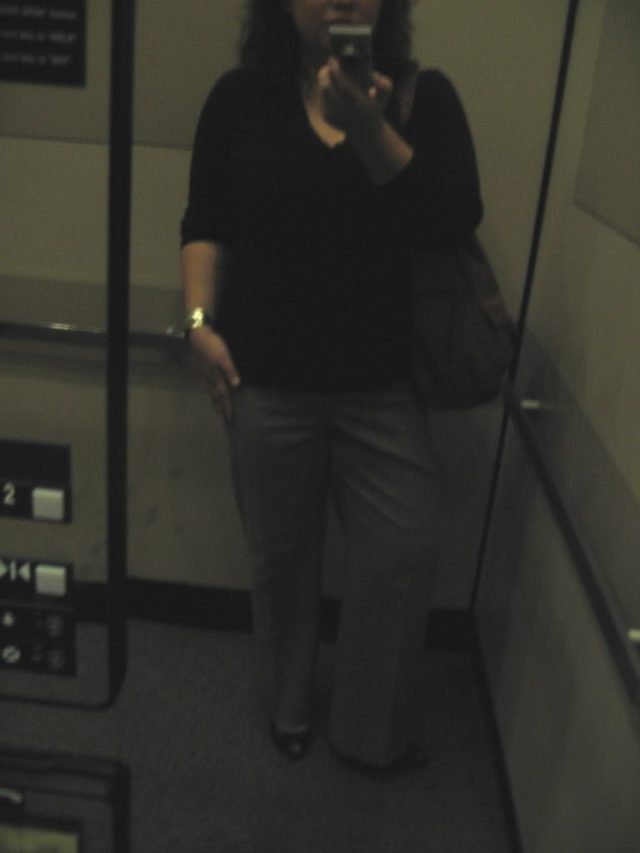 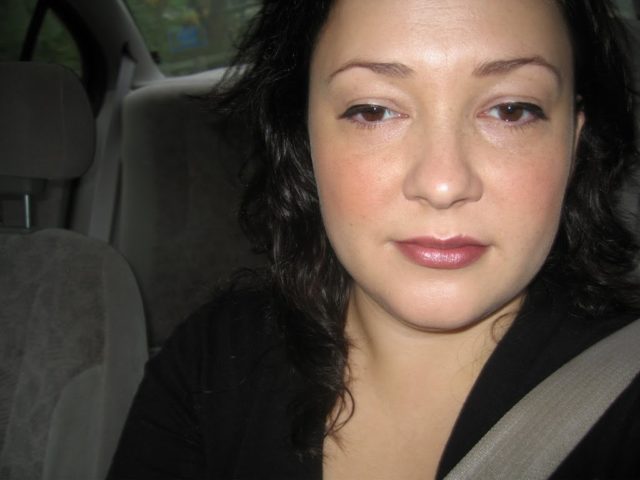 Considered titling this, “Feeling Funky” but I like the day titles – keeps me on track and easy to reference. But this time of year always leaves me feeling a bit off whack – a bit tired, a bit discombobulated, a bit out of it. Usually a morning person, I find in September and October I have a hard time getting up and spend far too long in the AM doing random stuff and running late. I'll be back to my old self in a couple of weeks!

So I forgot to take my picture. You get a nice interior shot of the Saturn and my office's elevator.

Hair was washed and conditioned and with the new ‘do I decided to try Brilliant Brunette's Starlit Waves in it. Sprayed while damp, dried 50% with a diffuser and used the curling iron to straighten my bangs then rushed out the door. Left my hair looking very shiny, but a bit frizzy and undone in a bad way. I am currently sporting a high messy ponytail with sideswept bangs because I didn't like the end result. Thinking I may try adding and let it completely air dry and see if the results are better. Also thinking of I brought my Jonathan Silky Dirt to work, and few twirls around locks may have made the messy look seem more… purposeful and attractive.

Makeup is L'Oreal True Match concealer in W4-5, philosophy's The Supernatural foundation in Beige, Cargo Matte BeachBlush in Tenerife, Urban Decay shadow primer (but no shadow – it leaves a bit more finished of a look even on its own), DiorShow mascara on curled lashes, Maybelline UltraLiner in black on top lash line and Revlon ColorGlide in Rum Radiance. 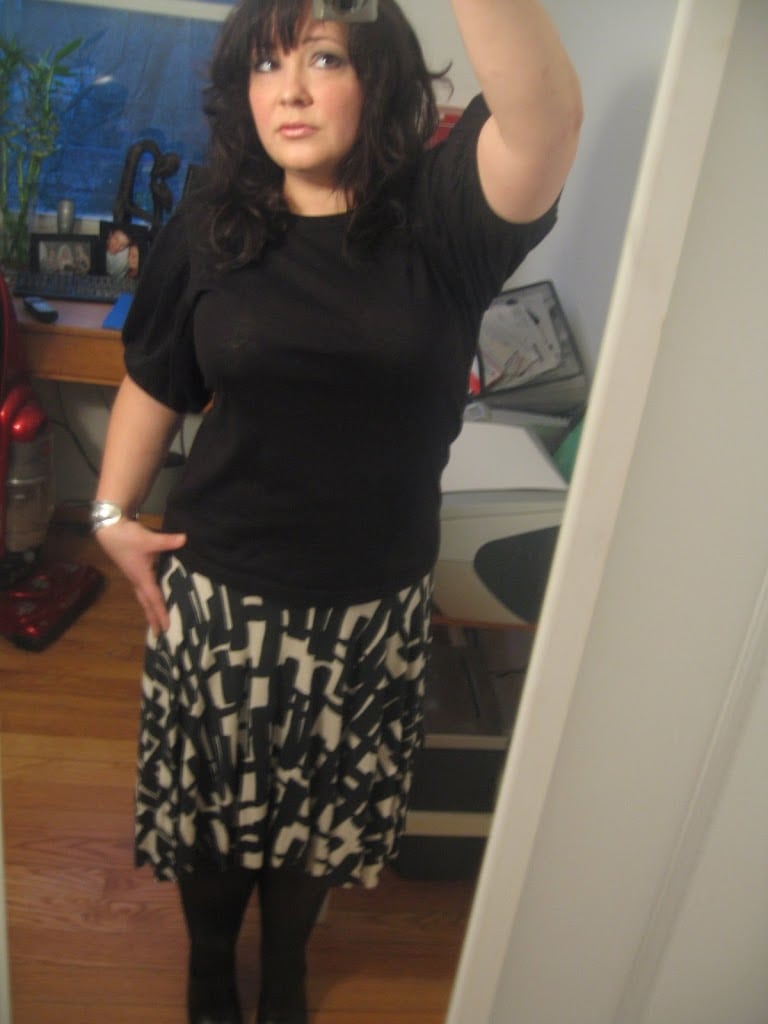 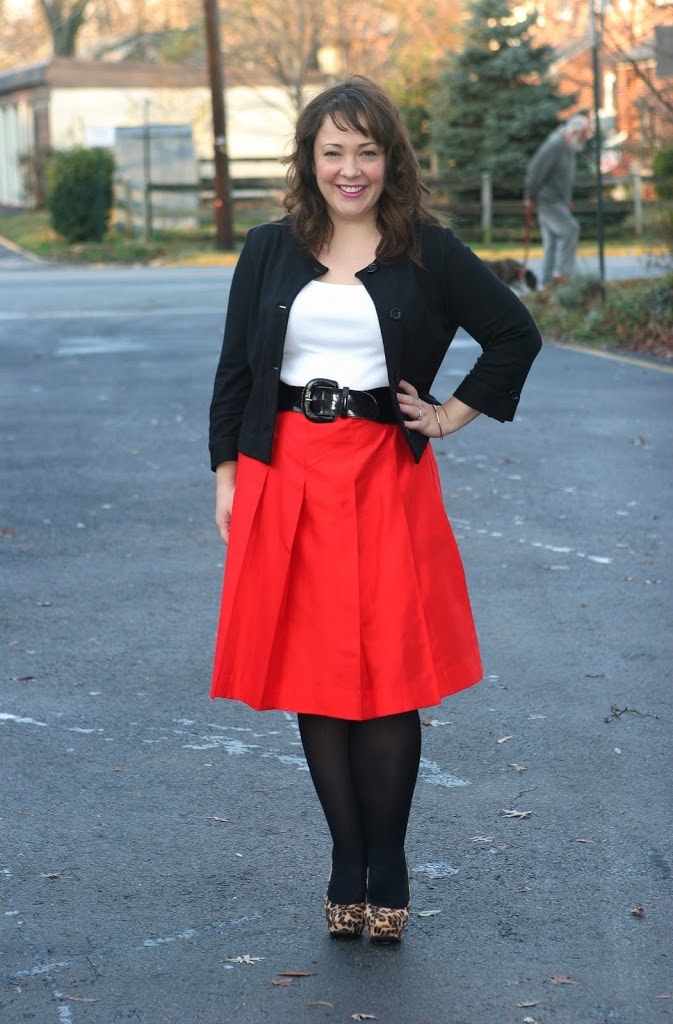 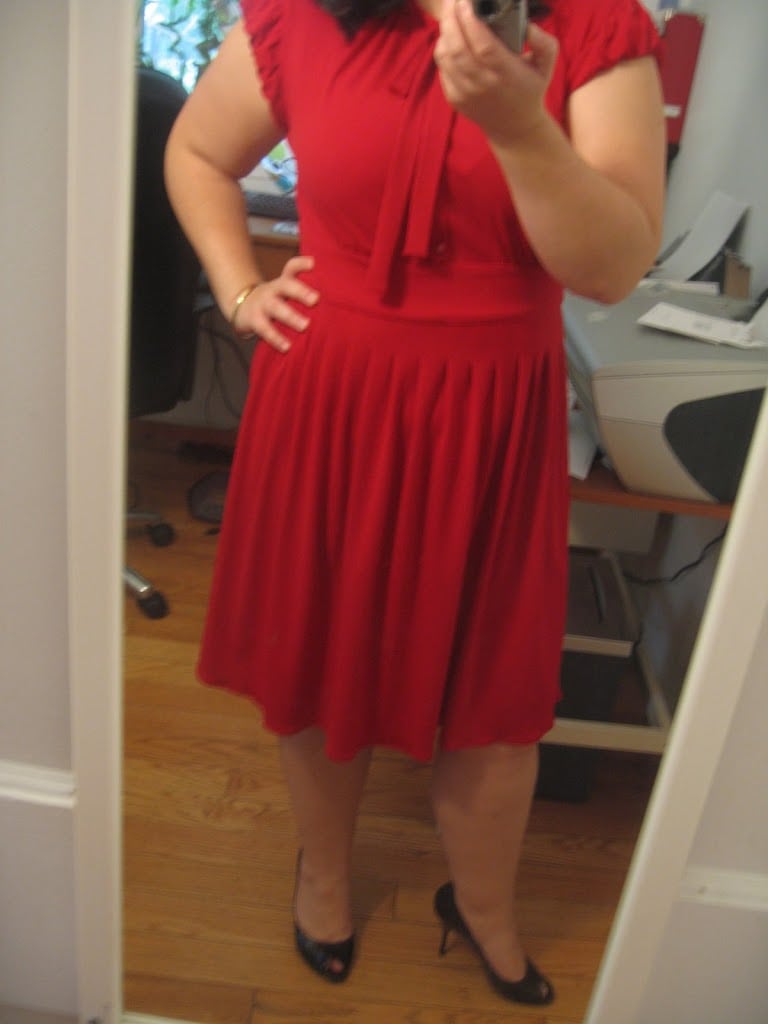