So as you know, Monday I went to work and looked relatively put together. Hooray!

Tuesday I worked from home, and no one wants to see me in my yoga pants, so no picture was taken. 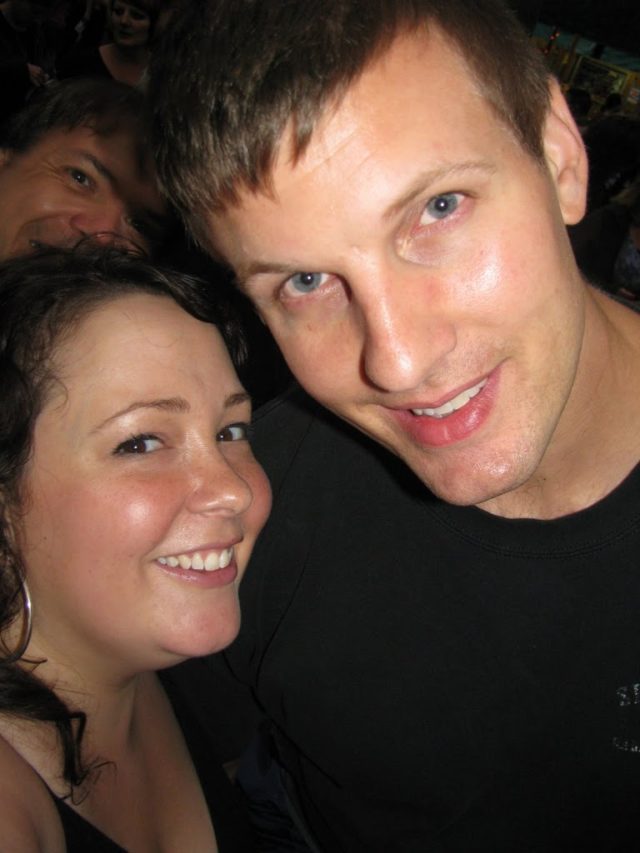 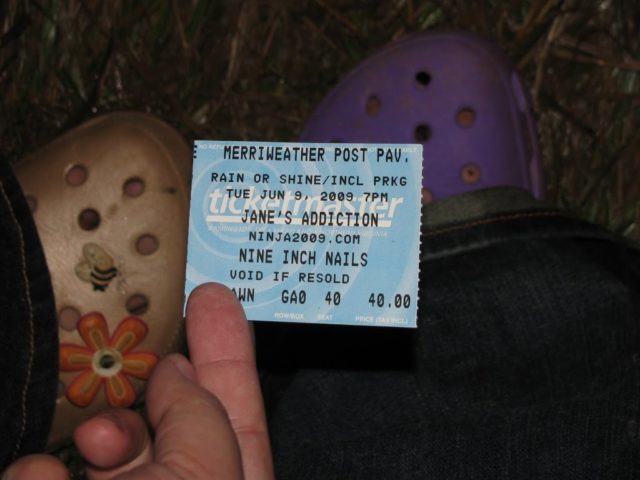 However that night I went to a concert (Nine Inch Nails/Jane's Addiction – utterly amazing BTW) and did clean up a bit. A BIT. The rain was insanity, though it completely stopped a bit before the show started and stayed clear the rest of the evening.

My hair was dirty, but it was behaving nicely and I knew once I got outside it would jsut become a curly/frizzy mess. Surprisingly it got curly/frizzy in a cool beachy way and not in a headbanger way.

I wore a black nursing tank from Gap, my Gap Essential jeans and *gasp* Crocs. You KNOW I despise Crocs, but it was a necessity as that we had lawn seats and the place was utter muckety-muck. I would have busted my arse in flip flops or destroyed a perfectly good pair of proper footwear. So Crocs it was. My sister and I HAD to get a picture of a ticket with the Crocs because it was so ridiculous. 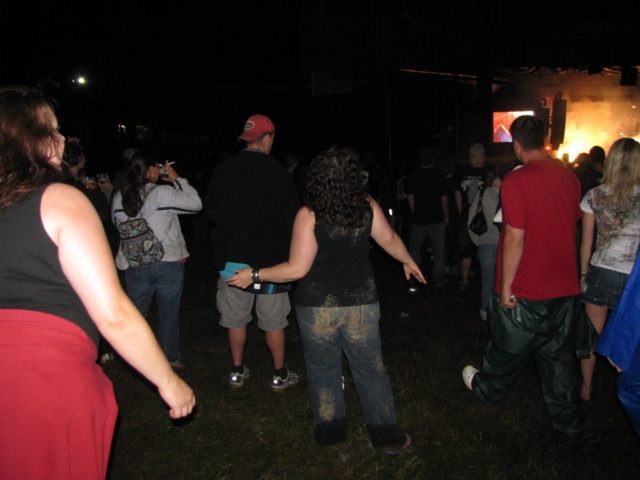 Well the Crocs help, I still slipped down a hill when heading to the bathroom. However it was already dark and later in the evening so I wasn't TOO embarassed. However I may have been one of the only sober folks who fell in such a manner. My friends HAD to get a picture of my muddy back as I was dancing to Jane's Addiction…

The show was awesome, we went with a whole group of friends and we all had a grand time. My husband's cousin watched E so we could get away. If it were a differnet show and different weather, I think we would have brought E so she would get used to live music. We already have a pair of baby headphones ready for the next concert!

Tuesday I felt a bit icky, and that night E and I both weren't feeling our best. Wednesday I took off work to take E to the pediatrician and get myself some needed sleep. She and I are now fine, just a little stomach bug going around.

Thursday I went back to work, though not feeling my complete Allie self. I wore a tangerine colored puff-sleeve tee from Old Navy, my blue-gray low-slung pants from Gap, some orange leather thongs from Born, coral cut glass bead necklaces from a shop in Rehoboth Beach and second-day hair. No picture because my husband also worked and the only picture I would be able to capture would be dark. 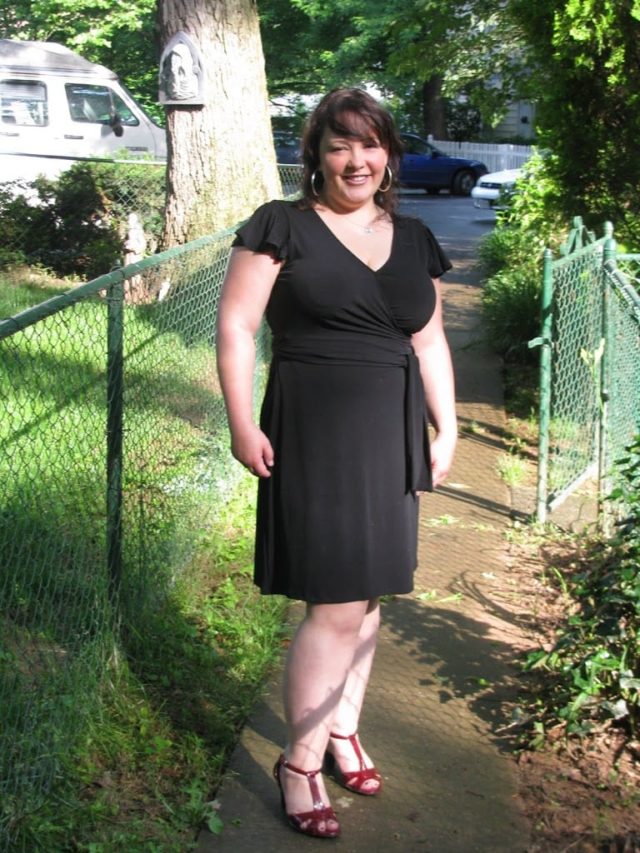 So now we are on to today – Friday. Feeling good, so though it's Casual Friday I decided to clean up a bit. Hair looks a bit strange because it was still wet (only dried the bangs, the rest dried by time I got to the Metro).

This weekend looks as though it's going to be pretty insane. Tomorrow we have a 2-year old's birthday party and a photo shoot immediately following. Sunday I may go house hunting with my sister, and I will surely be stopping by the farmer's market for produce for the week.

I hope everyone has a wonderful weekend and I will “see” you on Monday! 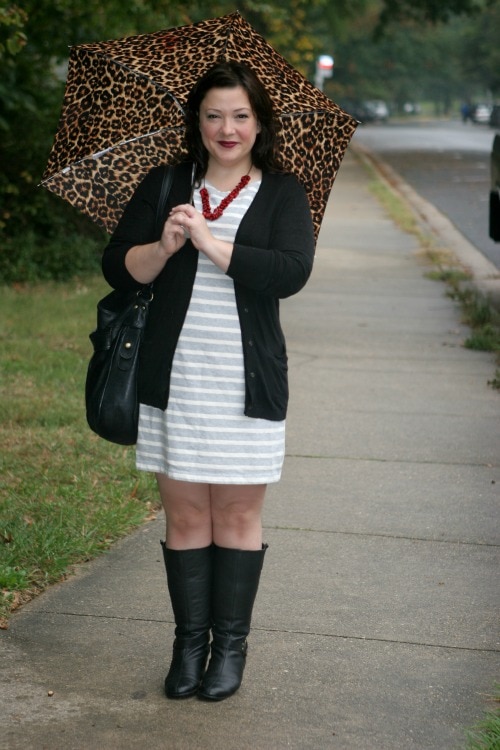 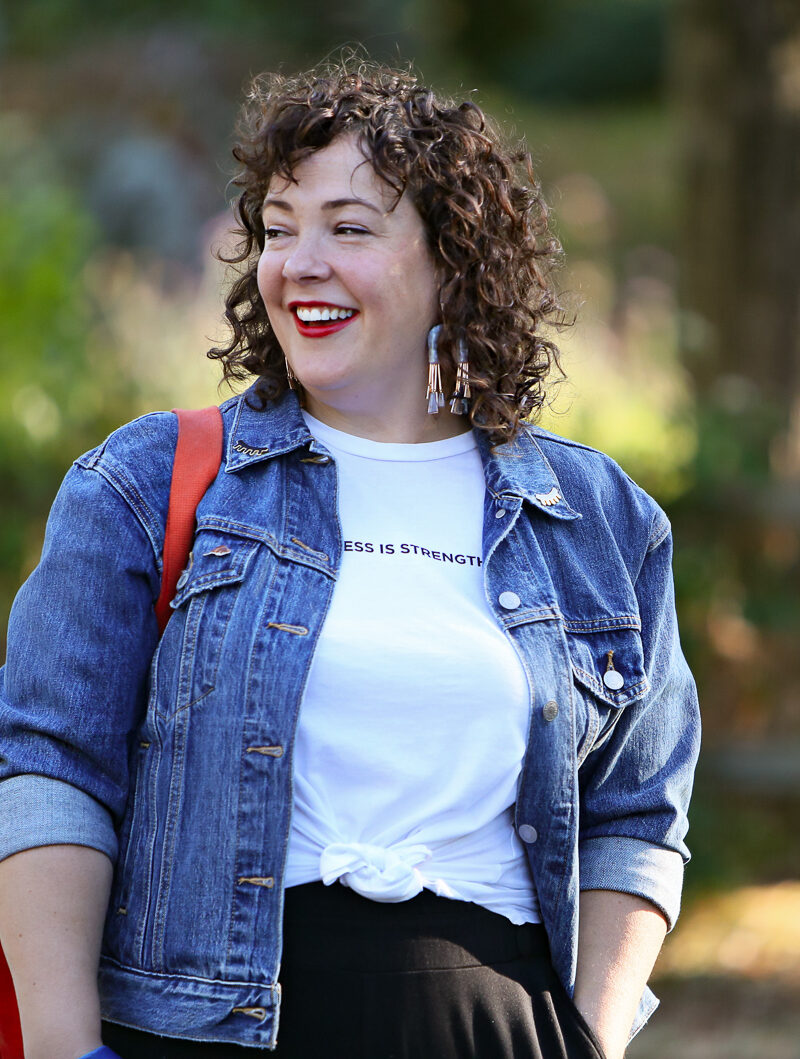 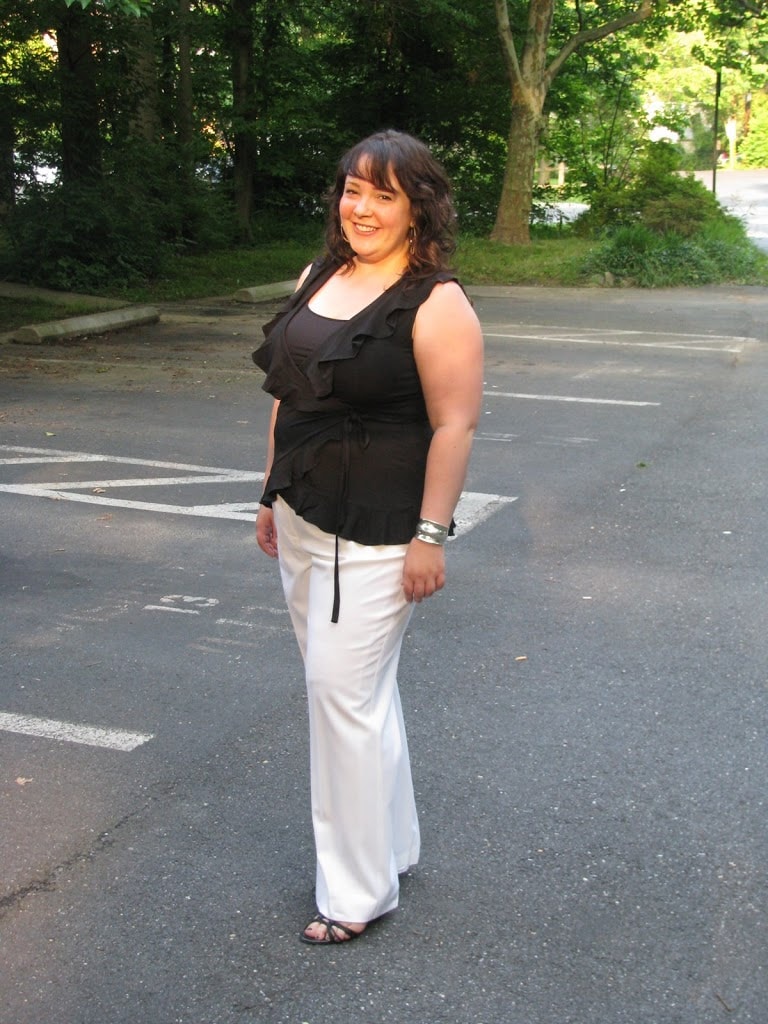