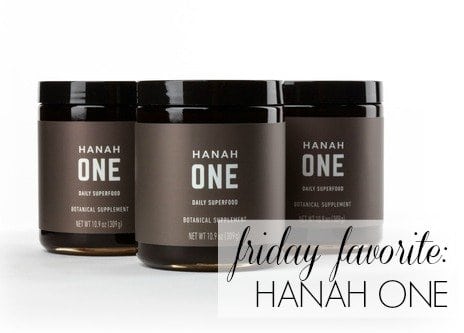 Karl has a subscription to Outside Magazine. In the March 2016 issue the article, “How to Eat Better” climber and photographer Jimmy Chinn mentioned the product HANAH ONE. This wasn’t an ad, it was a tiny mention at the end of the piece yet Karl and I both read it, intrigued. We went online to learn more about this product. From the Hanah Life website:

HANAH ONE is an Ayurvedic superfood and botanical supplement made from 30 wild-harvested botanicals in a base of Keralan mountain honey, artisanal ghee, and sesame oil for optimal absorption by your body.  You’ve probably heard of or tried some of its active ingredients, such as turmeric, shatavari, ashwagandha, and amalaki, as well as a few of their compounds: curcumin, piperine, withaferin A, and emblicanin A/B.  People use ONE in a variety of ways:

We figured there wasn’t harm in trying and ordered a jar ($55, monthly subscription brings down the price). We'd spend that much on dinner out. We’ve been modifying our diets this year and trying to reduce our caffeine intake so it sounded interesting. We were really drawn to all the anti-inflammatory ingredients. 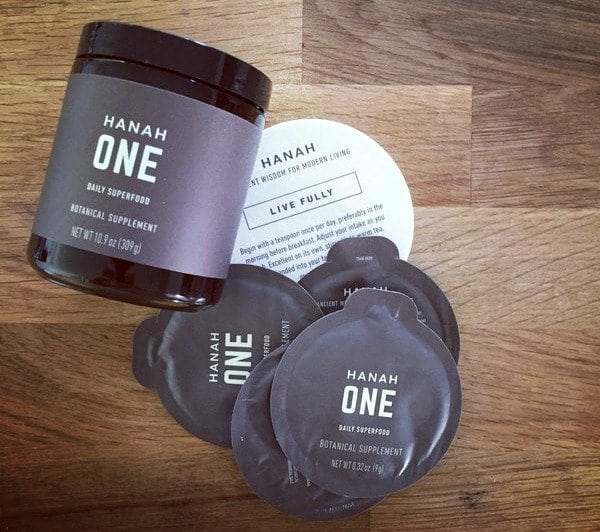 The jar is a little shorter than a standard coffee mug, the size of most candles. Each jar comes with a few individual serving size packets. One jar is exactly the right amount for one person for 30 days, though the first month Karl and I were hesitant and were able to share one jar. Directions suggest you consume one teaspoon a day and once you’re familiar with it, adjust to what is best for you (there’s also recipes on their website). The product is like… sludge. It’s molasses brown and a bit gritty. It tastes like molasses and cinnamon and some herbal stuff. It seems like the before of a recipe; it’s a bit the consistency of homemade brownies if the sugar hasn’t blended well. Hanah Life suggests you put in on toast or in a smoothie or tea; while Karl will sometimes put it on toast we both prefer to just suck it off a teaspoon and take it like medicine. There’s no aftertaste and eventually you get used to the taste and consistency.

First month, seemed good but didn’t really think about it. Second jar came, we upped it to full teaspoons each morning and realized one jar didn’t cut it for two people. We consumed all our individual packets and then for a couple weeks we were without HANAH ONE. That is when we realized how awesome this stuff was.

Slowly, I was consuming more coffee. I was down to one small cup in the morning, but after a couple of days I was needing another one at work and then I was needing a pick me up around 3pm. I thought it was the weather, the long hours at work that was affecting me, but Karl mentioned he felt so sluggish and was drinking tea almost hourly to get through the day. We tried to figure out what was causing the issue, could it truly be just the removal of that little teaspoon of HANAH ONE?

Last night our next jar of HANAH ONE arrived while we were in the kitchen venting about how tired we were and how it seemed everything was pissing us off. While we always take HANAH ONE in the morning, we wanted to see if the stuff was really the difference. We each took a teaspoon with a glass of water. Within an hour, we both felt better. We didn’t feel buzzed as we did with coffee, just more alert and clear. And it didn’t affect our sleep, we were lights out at 10pm and both had a good night’s rest.

This morning I took my teaspoon of HANAH ONE with my other vitamins and breakfast. It’s lunchtime when I am writing this and I realized I haven’t consumed any caffeine today yet I feel good. Not hyper, not buzzing, just comfortable. And I do think it helps with focus; I know it does help with my writing and blogging and I feel more… positive.

Karl is naturally lean. He sees food as fuel and enjoys running, biking, and working out. He is Jack Sprat and I am his wife. I love food, and I have yet to find a form of cardio exercise that I don’t hate. We’ve extremely different, but we’ve both been dealing with poor sleep, aching joints, dry skin, occasional breakouts, sluggishness and fogginess. We’ve been making changes in our lives this year. I don’t want to call any of it a diet, because the goal isn’t to lose weight or look different. It’s about feeling our best, and being able to enjoy daily activities. I’ll be sharing some of them on the blog eventually, but HANAH ONE is an actual product that we have incorporated that has made a major positive impact on both of us. If you're intrigued, check out their website (you need to do a lot of scrolling, but there's tons of info on there as well as customer reviews).