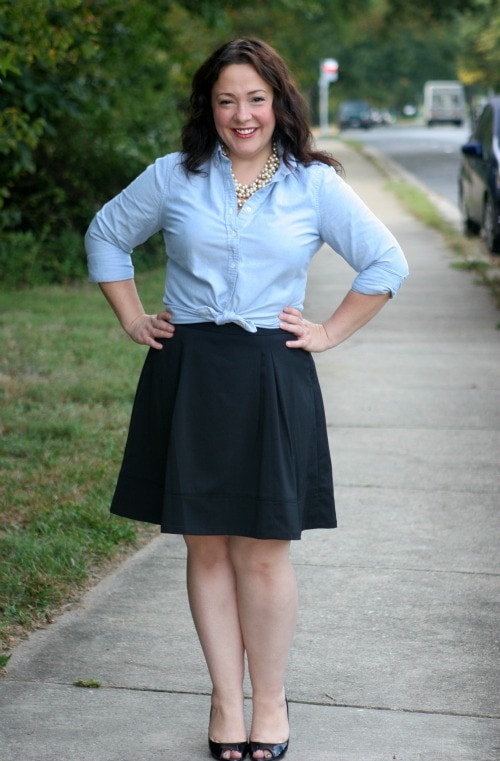 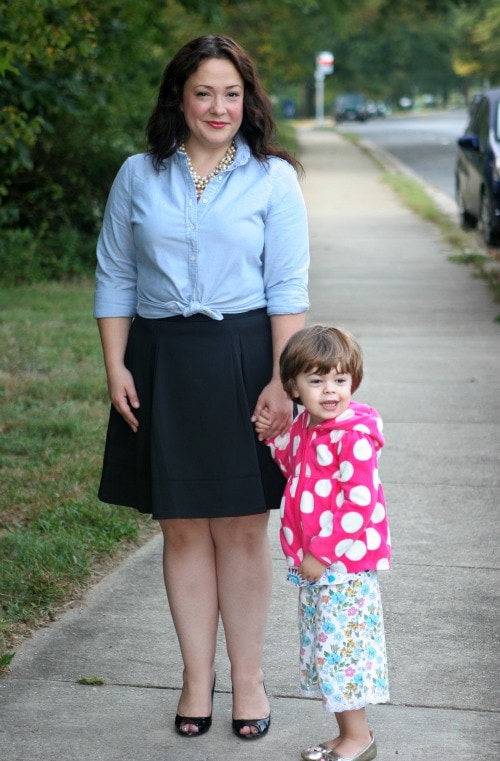 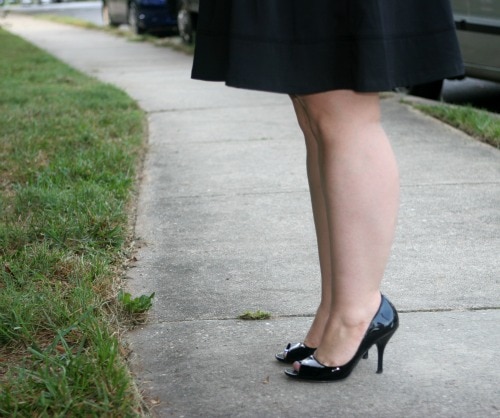 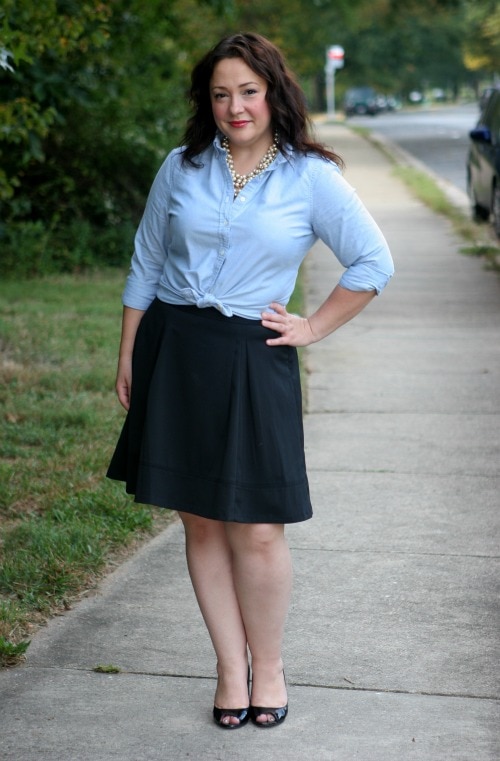 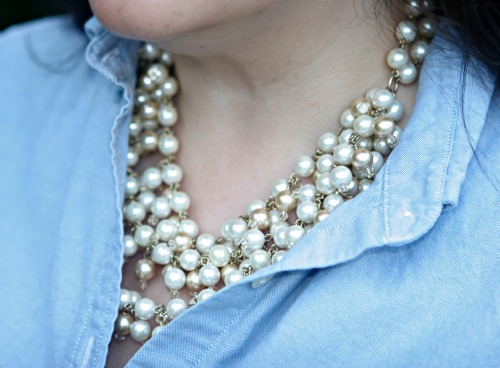 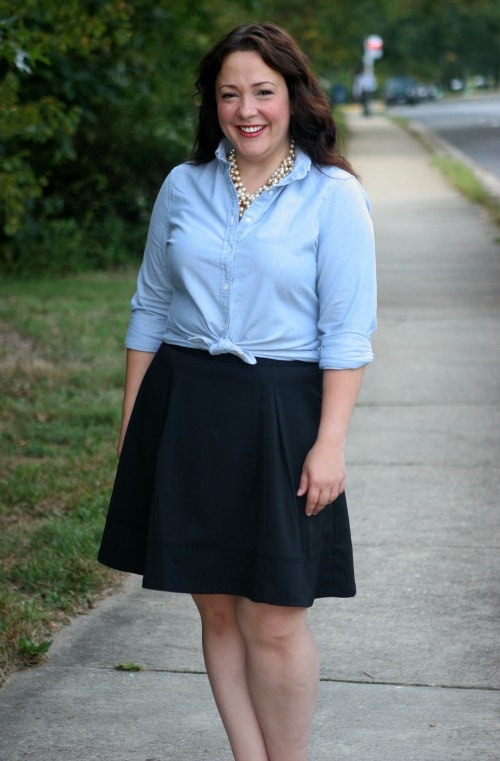 Yesterday my friend Alison remarked that I looked as though I had lost weight. I said if I had, it was due to stress and not having time to eat. I didn't realize I had lost weight until I put on this skirt. The last time I wore it, it was tight and I had to wear it higher on my torso to get it to fit properly. Today, it zipped up without issue. I can't wait until life slows down enough that I can lose weight from eating healthy foods and exercising instead of living off coffee and take-out!

In Emerson fashion news, it's hard to see but there's a floral print top under that hoodie, she told me that it matched the floral pants perfectly – our little pattern mixer!  She also told Daddy yesterday that she didn't want a heaircut so we're just going to trim her bangs and grow out the rest a bit.  Emerson's hair has been short because she likes it, asks for it, but also because she won't let us brush it or put hair accessories in it.  However lately she likes having her hair brushed and combed and asked to have ponytails like a character she saw in one of her books.

Tomorrow we're shooting another wedding, from the look of things it will be a very relaxed, family-centered and fun affair. Luckily nothing is planned Sunday, I hope to fit in a nap, a trip to the farmers market for some fresh produce, and to clean up my bedroom, which looks as though a bomb exploded in there! What are your weekend plans? 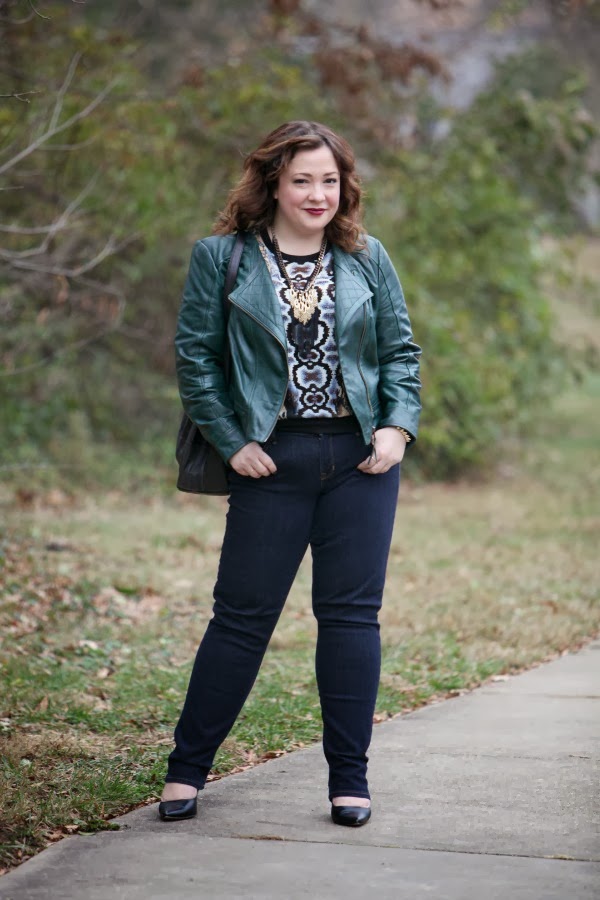 What I Wore: Slithering Snake 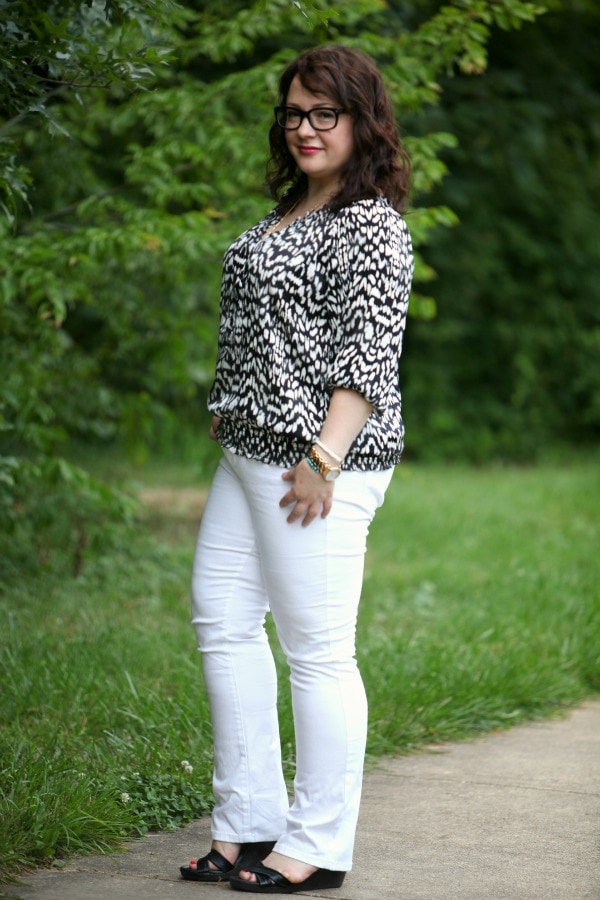 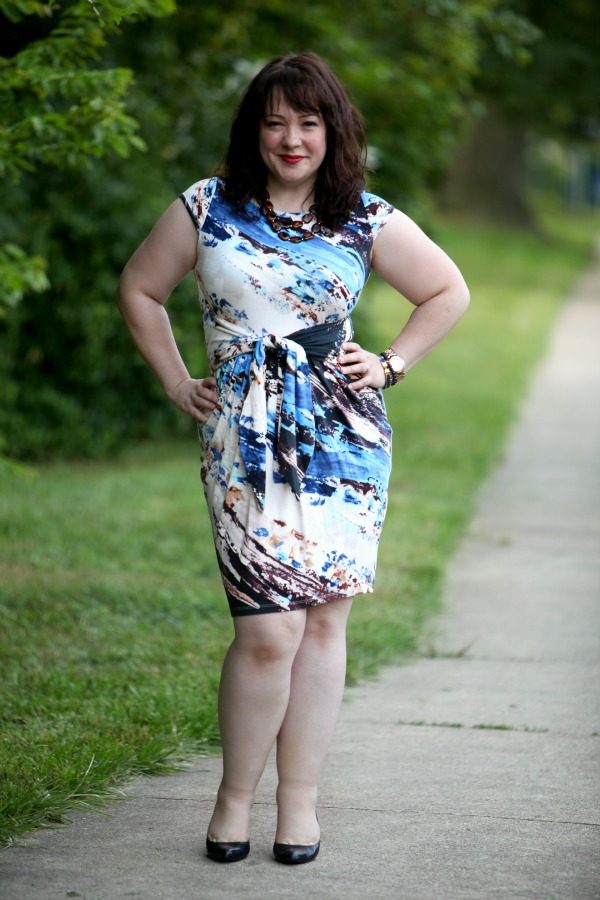 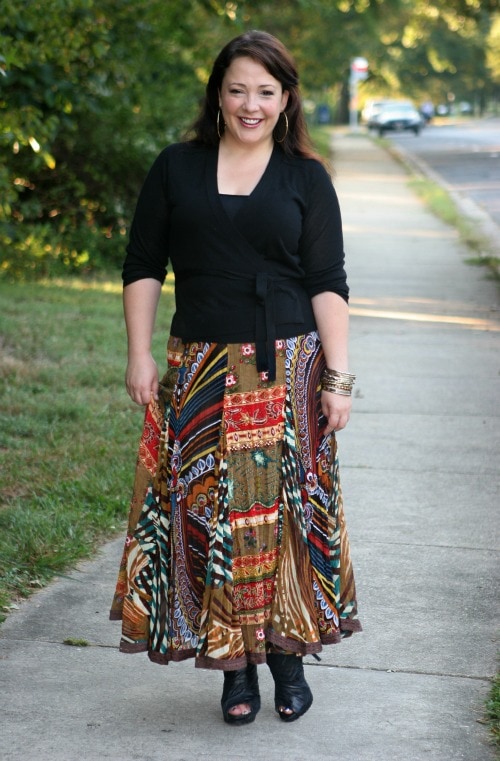