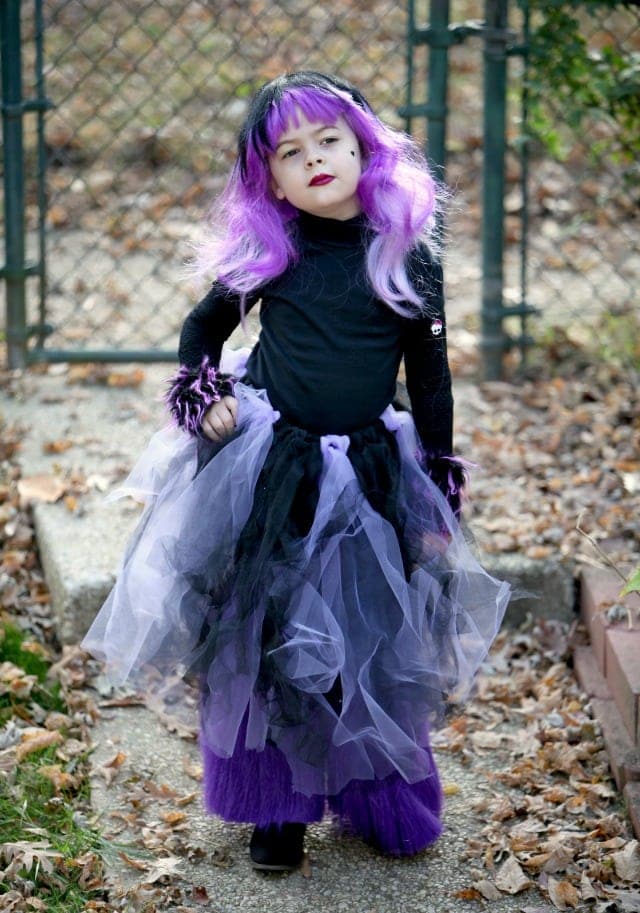 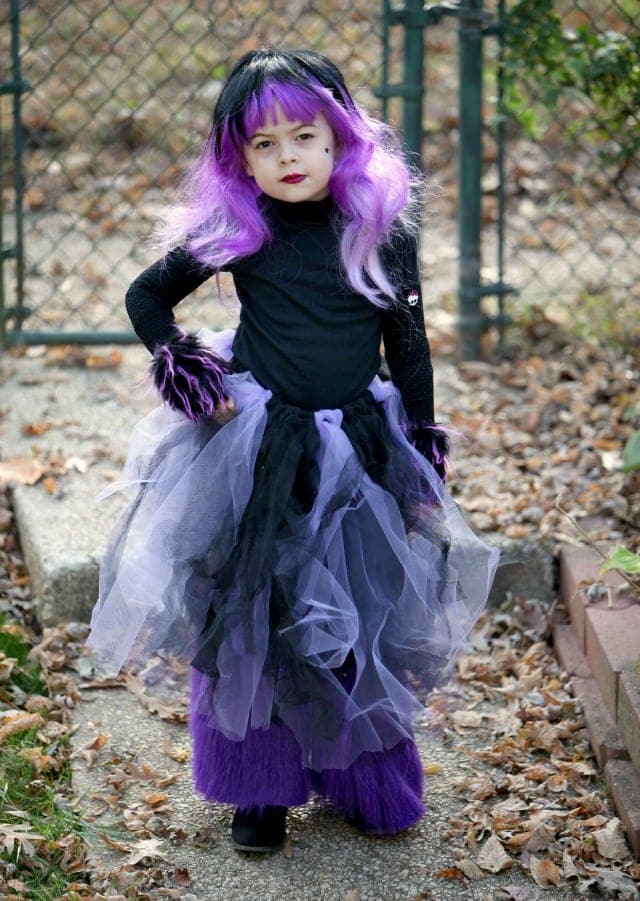 With the craziness of 2014, the Gary Parents didn't get their act together enough to create Halloween costumes for ourselves, but we made sure Emerson was what she wanted to be. Ever since she saw a commercial for Monster High this summer, Emerson wanted to be “purple Monster High” for Halloween. Using the tutu my sister and I made Emerson for her witch costume last year and some Monster High goodies from Party City, Emerson transformed into a gothy purple diva.  And nope, I didn't tell her to pose like that, that fierceness is pure Emerson! 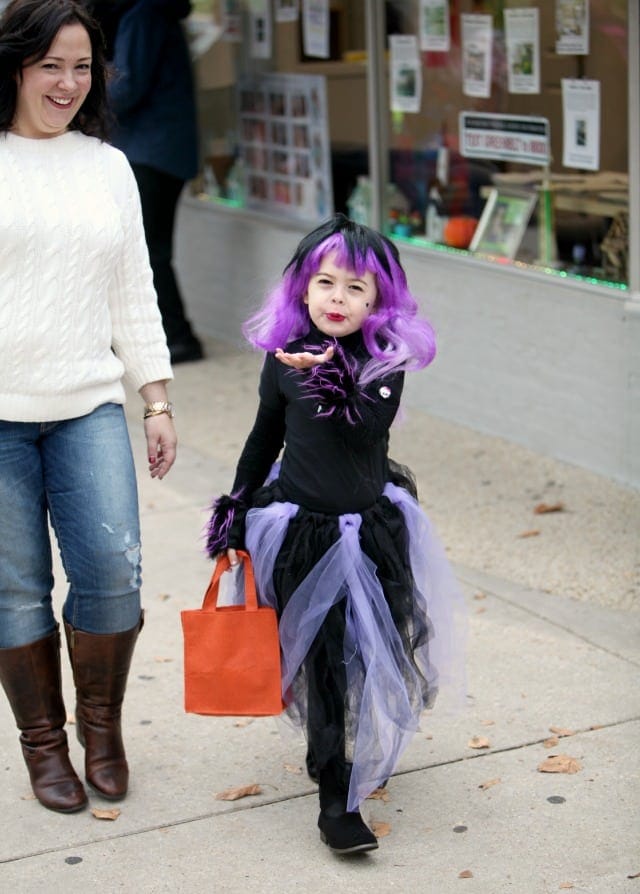 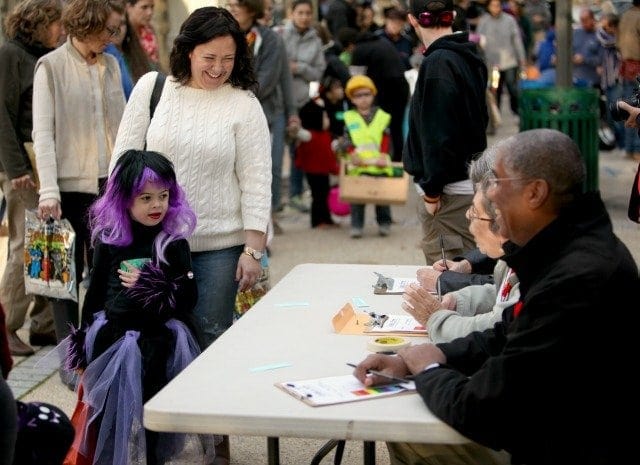 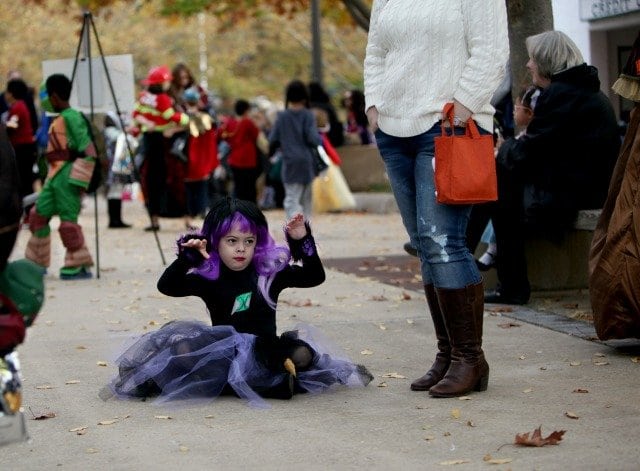 Thursday evening, our town had a Halloween costume Parade. The kids are organized by age, parade around the town center, Trick or Treating the stores, and then past a table of judges (including the Mayor) who chose the best costumes. After the parade, they offered cookies, lemonade, and a magic show. Friday, Emerson's school doesn't specifically celebrate Halloween but the kids are encouraged to dress as their favorite storybook character and they have a two-hour early release to have time to get ready for Trick or Treating.

I hope all of you have a safe but very fun Halloween weekend! 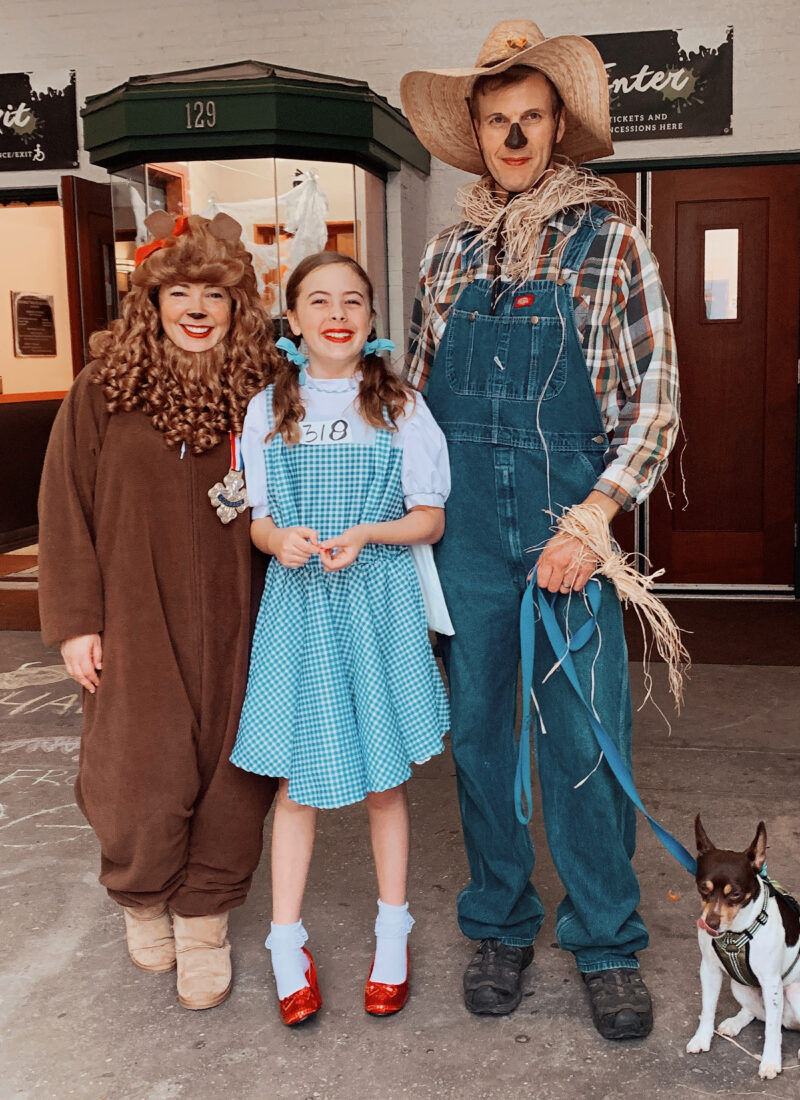 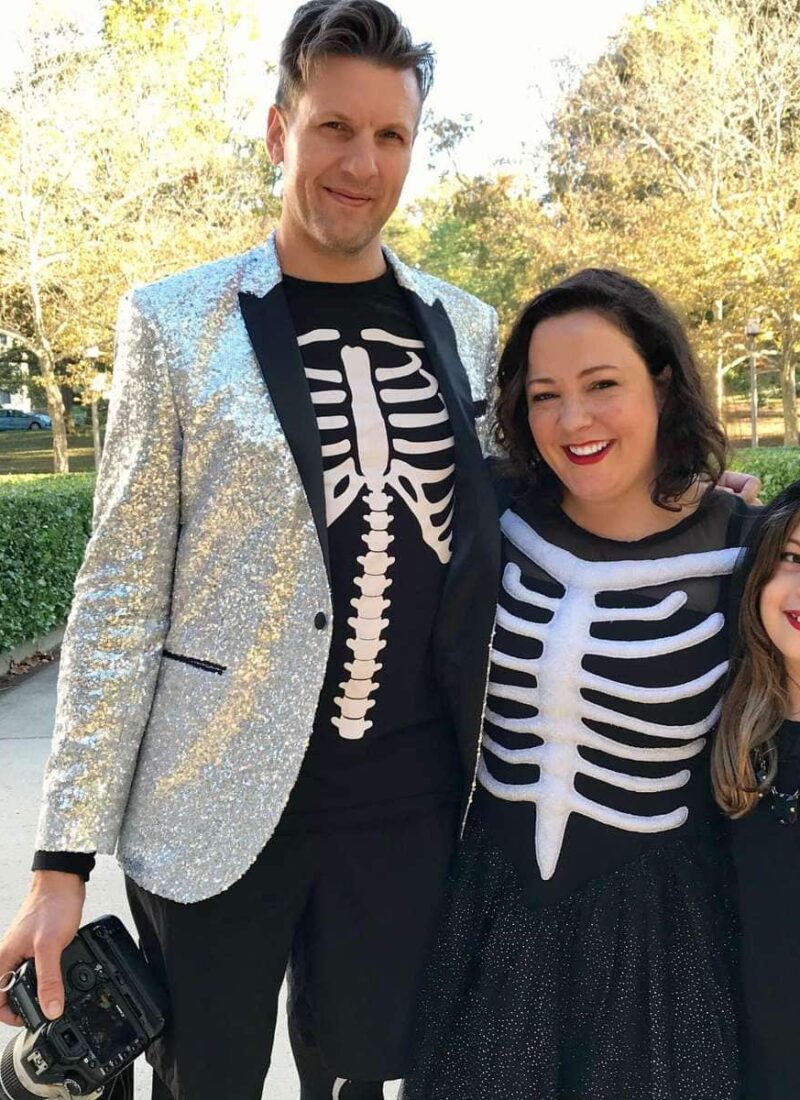 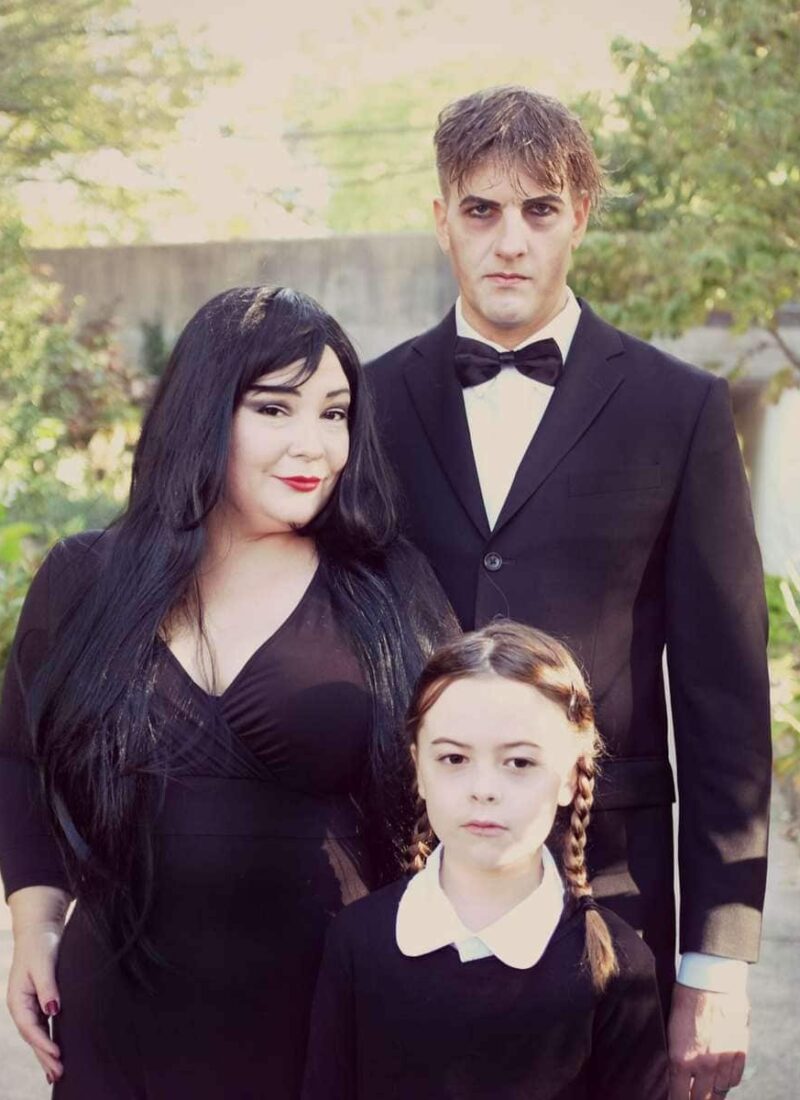