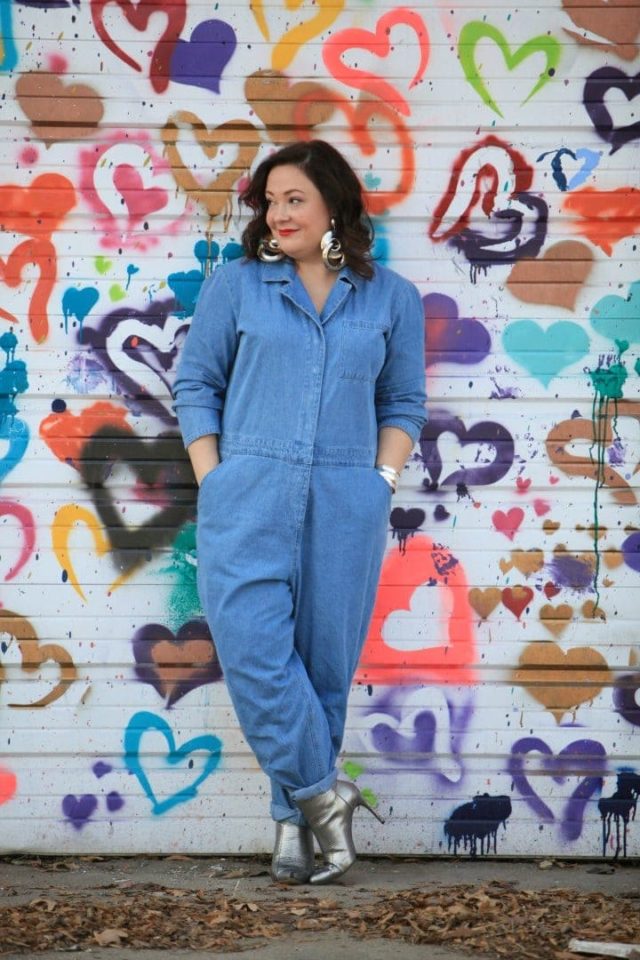 I have wanted a pair of coveralls forever (okay since 2007 as I mentioned in this post). I had it in my mind, dark denim, but not too stiff.  Snaps, no zipper, no buttons.  I envisioned them cuffed to the ankles with some old-school sneakers or funky flats, or maybe roll cuffed with an amazing pair of heels.  However, when you're short and round it's darn near impossible to find such a garment. 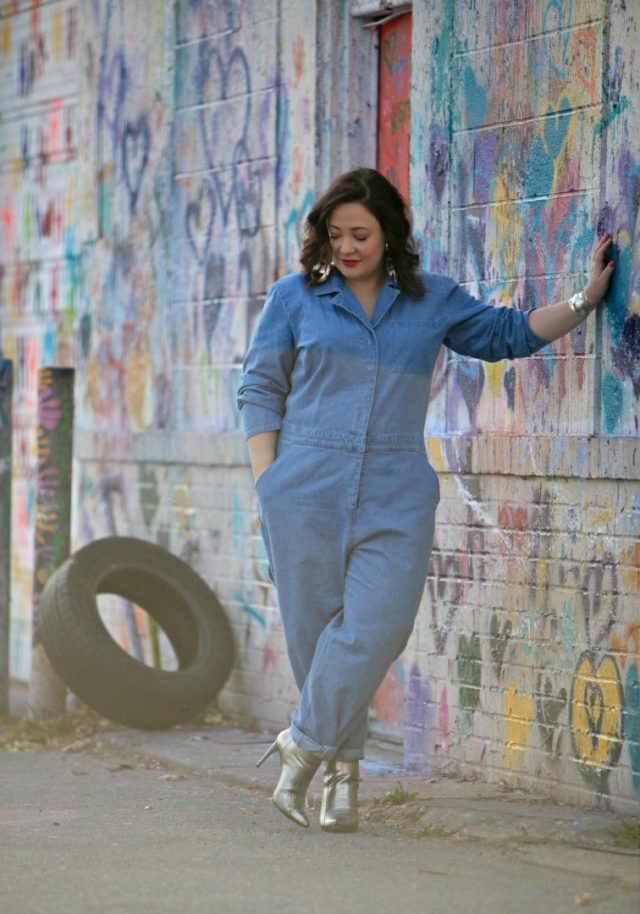 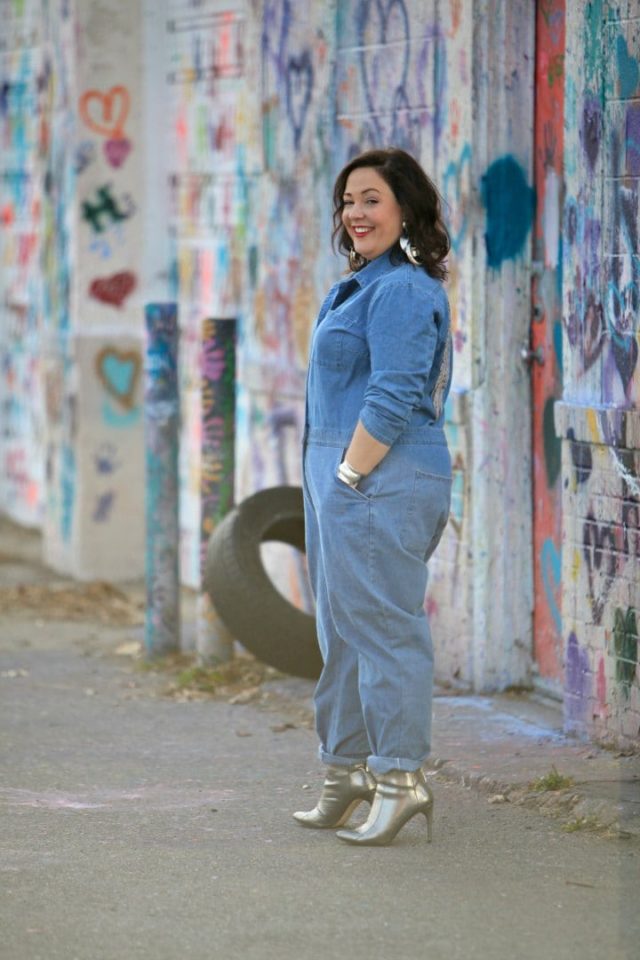 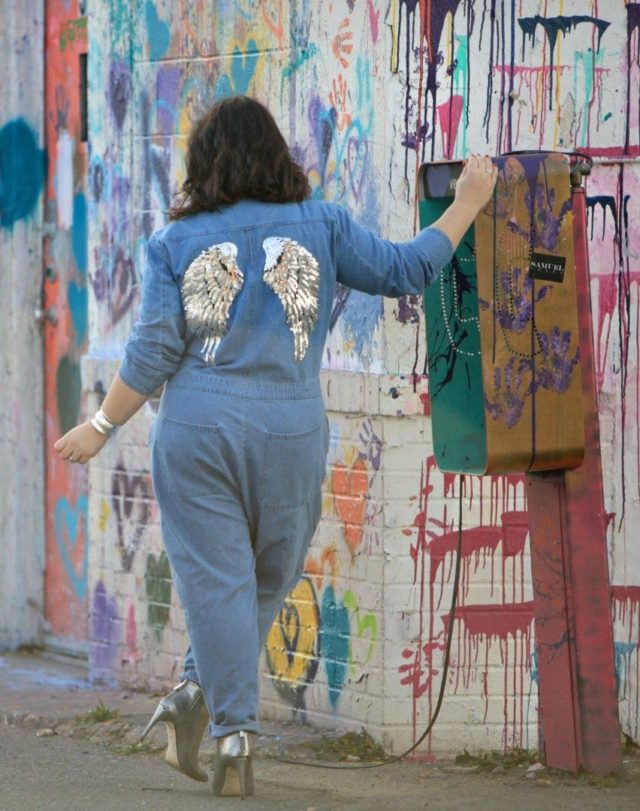 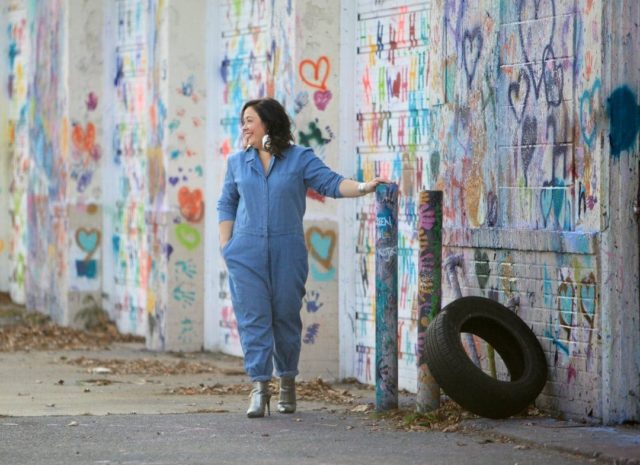 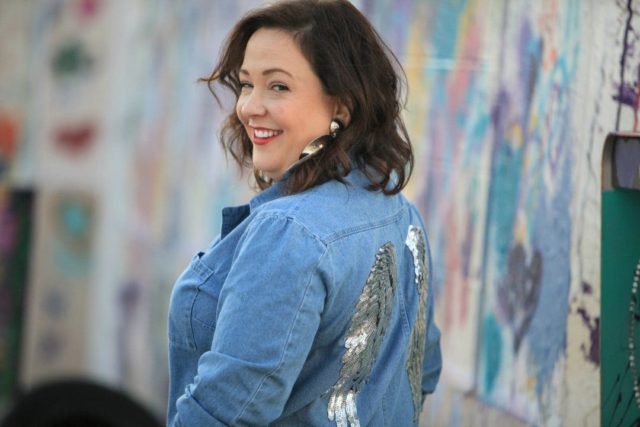 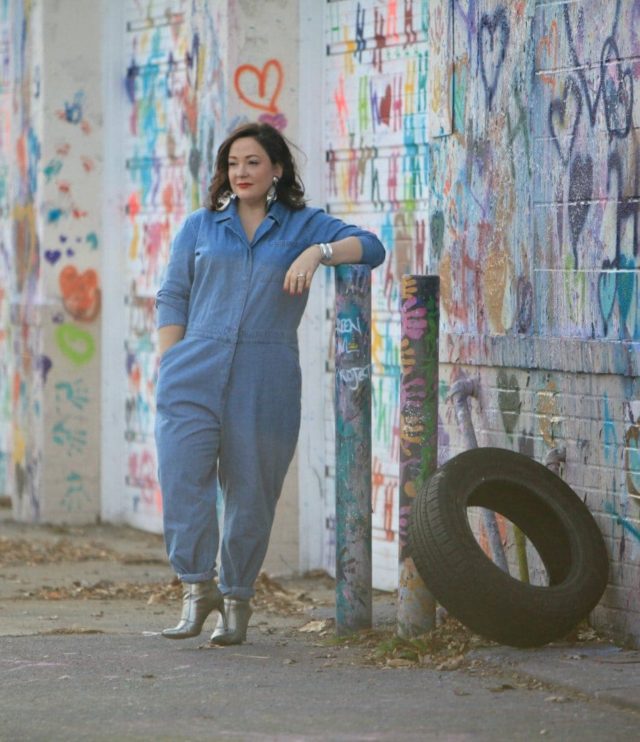 But then one day this fall I was on ASOS and I saw this boilersuit.  Okay, it's not dark denim, and there aren't the classic denim copper snaps and rivets, but it was the closest I had ever found and had to try it.  I was astounded that not only did it fit, it didn't need to be hemmed or tailored! I wore them with sneakers, but felt they looked kind of plain without any details.  Should I get a patch with my name on it and put it on the chest pocket? That seemed too cliche. Then in the shower (where all good ideas happen) I thought it would look awesome with some sequined angel wings on the back. I headed to Etsy where I found these at an amazing price.  I ironed them on, but they didn't stick terribly well, just enough to hold in place as I sewed them on with silver metallic thread.  And then I decided to continue the silver theme with my beloved silver snakeskin heeled boots I've had for years and the vintage silver earrings I wore Tuesday on the blog. 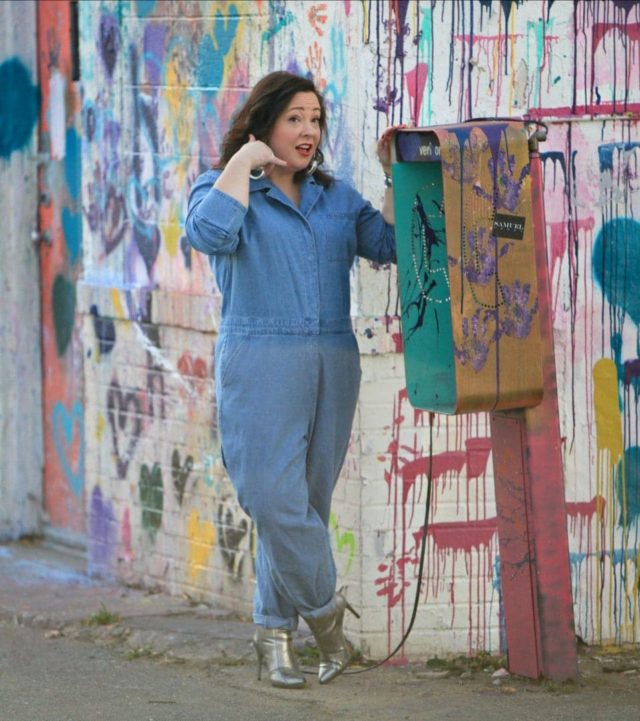 We passed this garage covered in graffiti and felt it a perfect backdrop for such an outfit.  And it had an old payphone booth, so I had to pretend like I was making a call! This location, like many of the colorful backdrops in posts the past couple of months was painted by Green Owl Design, a company trying to #fighttheblight on Route 1 in Hyattsville.  They are painting abandoned buildings so they provide some fun and color to the area until the buildings are demolished and replaced.  They've become a popular place for photos, the last two times we've been in the area we've seen other people doing photo shoots! 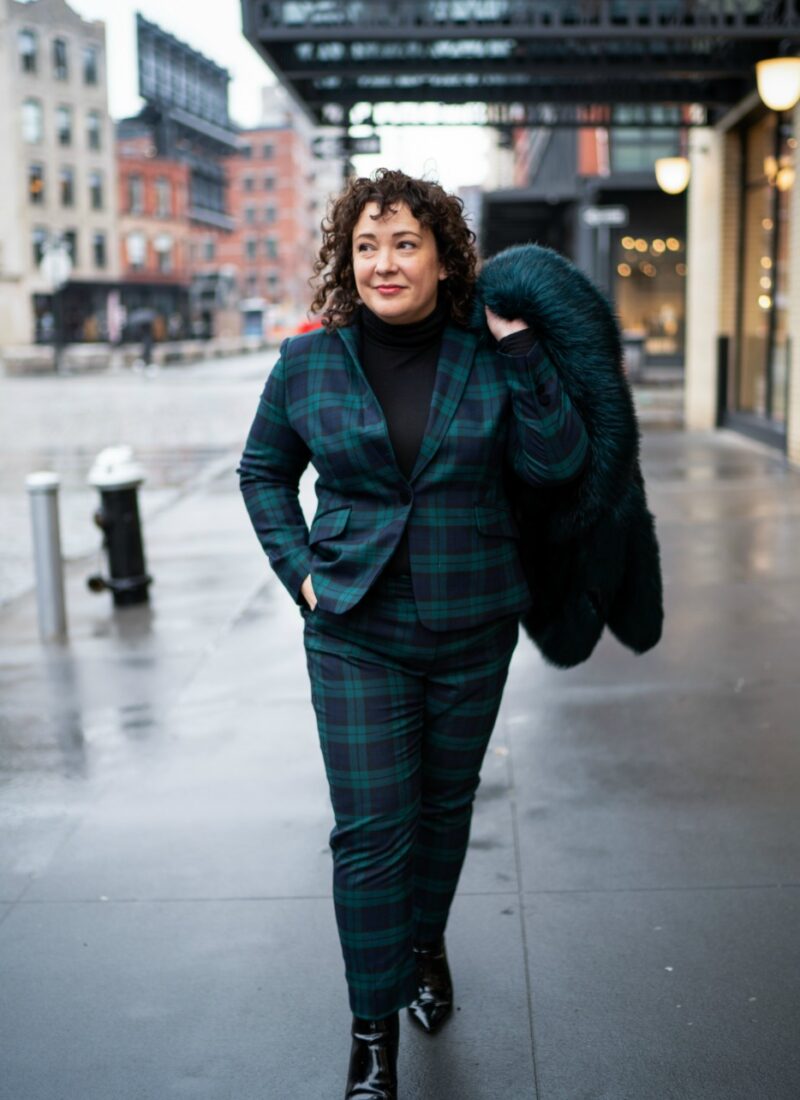 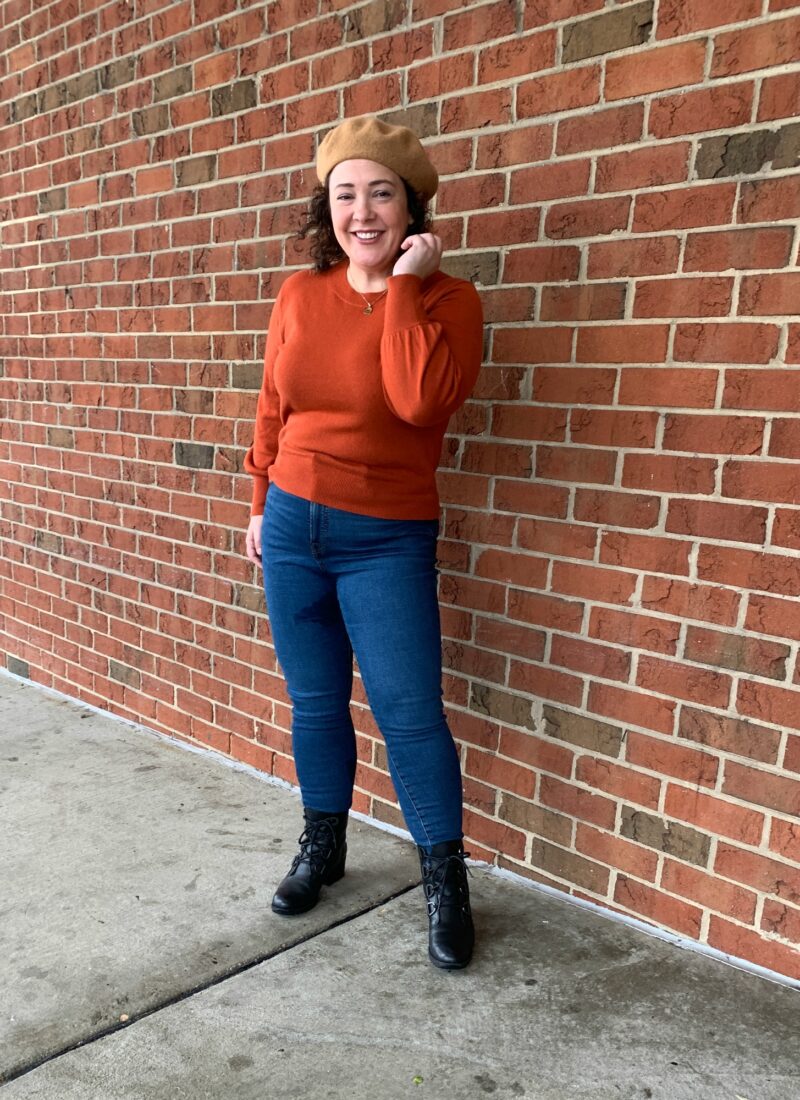 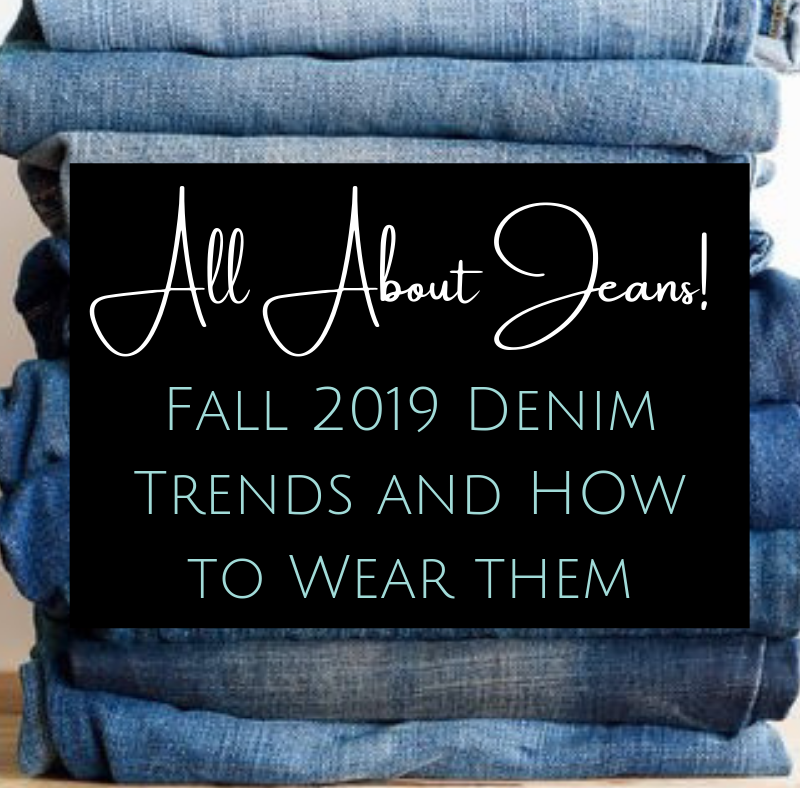 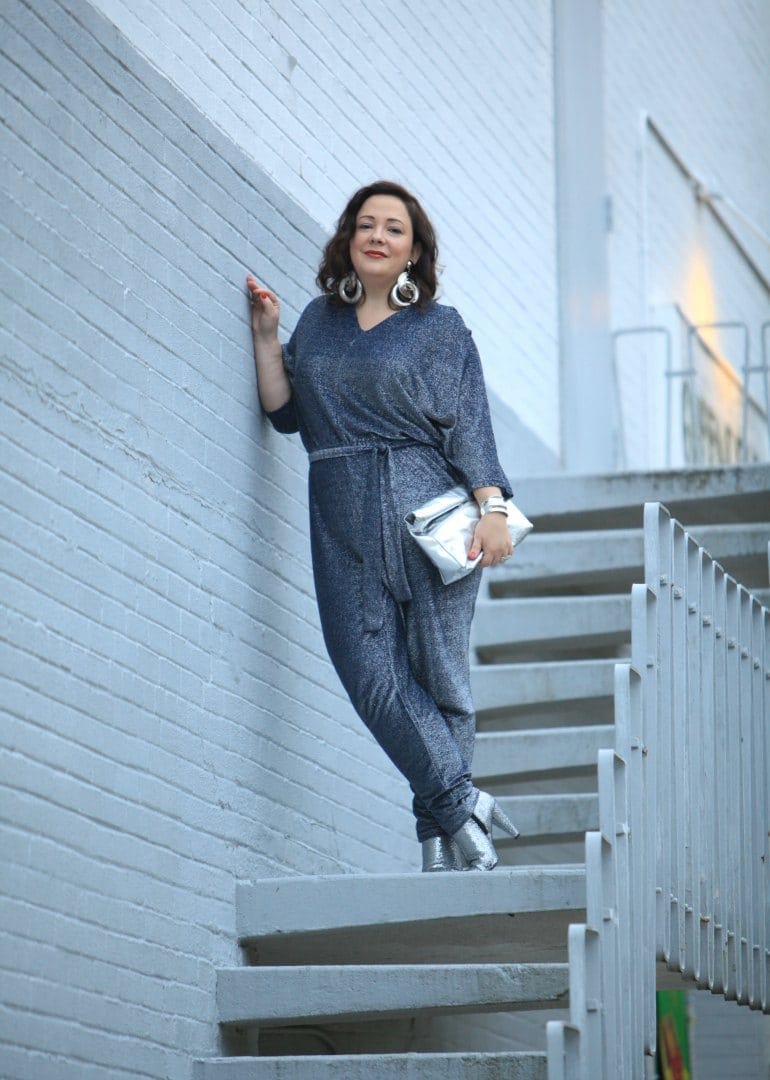 What I Wore: Jumpsuit Sparkle