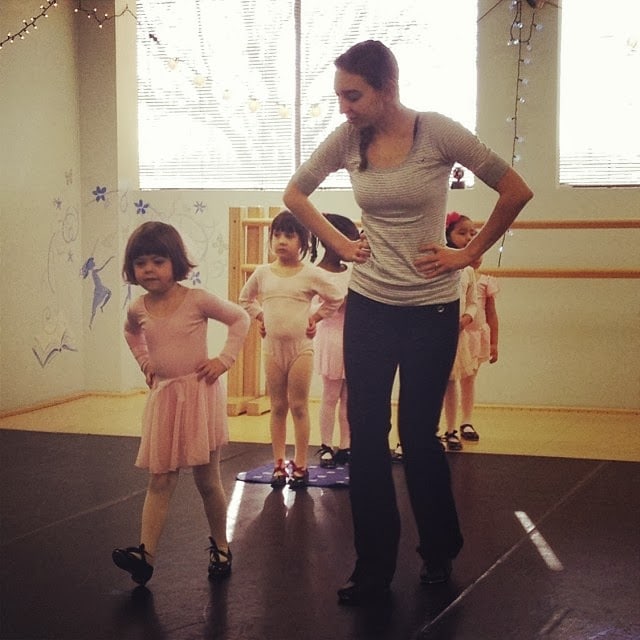 Saturday was Emerson’s ‘Watch Me Dance’ class, the class they have at the end of each session where they put chairs in the studio and we can watch and take pictures instead of sneaking peeks through the blinds of the window in the lobby. My life has been so hectic, I thought the previous week was this class and my mom, her boyfriend, my sister and Karl all arrived to a normal class. Let’s just call that a dress rehearsal! So Saturday was the ACTUAL class, and Emerson was fantastic. Not fantastic in a Dance Moms/my child is my cash cow sort of way, but fantastic in how she listened, she followed, and she has developed and grown as a person and a dancer since last session. A few weeks ago, I was hearing her teacher call her name quite often, and it wasn’t because she was the star of the class. Emerson likes to be liked, and she likes to make people laugh. She was making faces as classmates and being goofy, disrupting class and not following direction. We had a talk, and the next class was better, but not by much. So we didn’t go to Starbucks for our usual post-class Girl Date. And she was told if the next class is bad, no more Starbucks and no more dance class. Since then, she has really buckled down and been a great student. She even told me class is more fun when she listens. So the Watch Me Dance class was awesome, because I could clearly see her listening, processing, absorbing, and trying to improve as a dancer not just to please me or her teacher but herself. 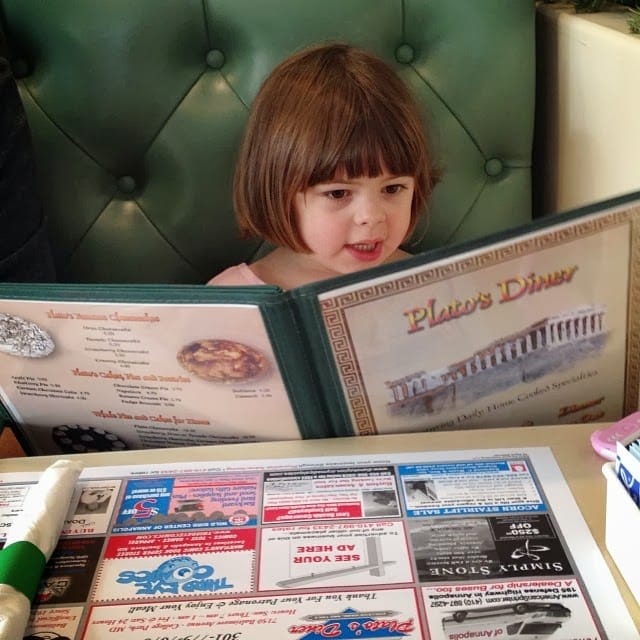 After we went to a local diner (her choice) for lunch and she had pancakes. Because pancakes are always the answer, no matter the time of day. 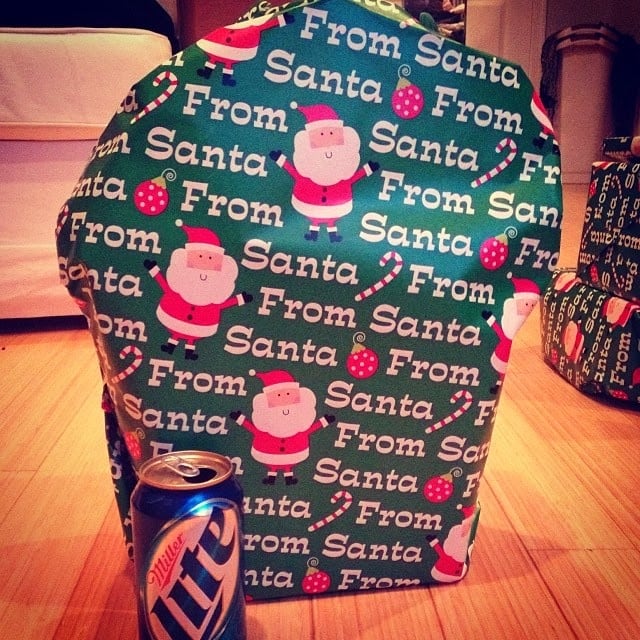 The weather Saturday was insane – in the high 60s and sunny. Karl and Emerson went for a run and playground time, I headed to Dollar Tree for wrapping paper and tape. With no one home, I grabbed a cold beer, stripped off my jeans, turned the music up loud and got to work in the middle of our bedroom, wrapping the Christmas presents. I got almost all of them wrapped before they got home, and said I was on the phone with Santa to explain why she couldn’t come in our room right away.

Saturday night, Karl went to a friend’s holiday party and I stayed home with Emerson. And LOVED IT. I got in bed with a can of beer and finished a book, I continued my pants-free fashion and ate a hot dog on a fork like a lollipop and drank water from a Kleen Kanteen with a bendy straw and sat on the floor and watched SNL while rubbing Cindy’s belly with my foot. Sometimes being home semi-alone is far better than any fancy fete. I was still up when Karl got home so I got to finish the day with his witty storytelling about the party. 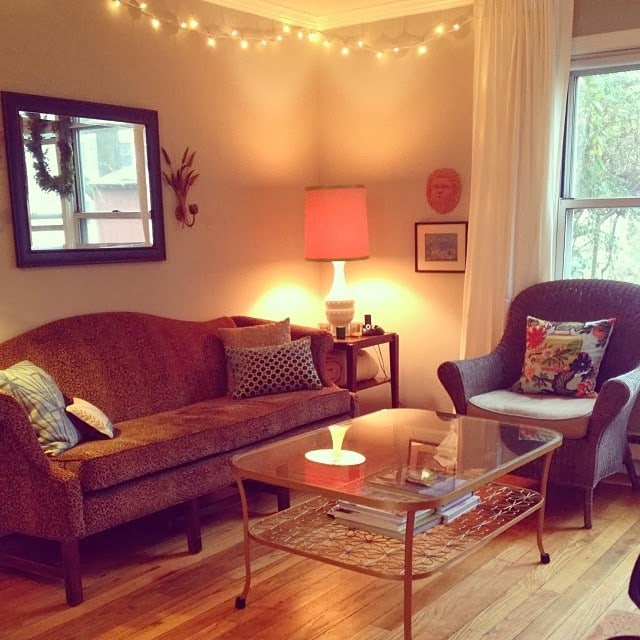 Sunday, my sister held Girl Brunch. Four of us friends adore one another and have such a good time together, but we have been too busy to hang. Debbie scheduled this far enough in advance that we could all make sure to attend. My sister has such great style and it shows in her home; she recently painted her living/dining room a beautiful gray which gives a completely different feel from her previously turquoise-painted walls, and had a gorgeous couch she found at the Salvation Army reupholstered in a luxe leopard-print fabric. 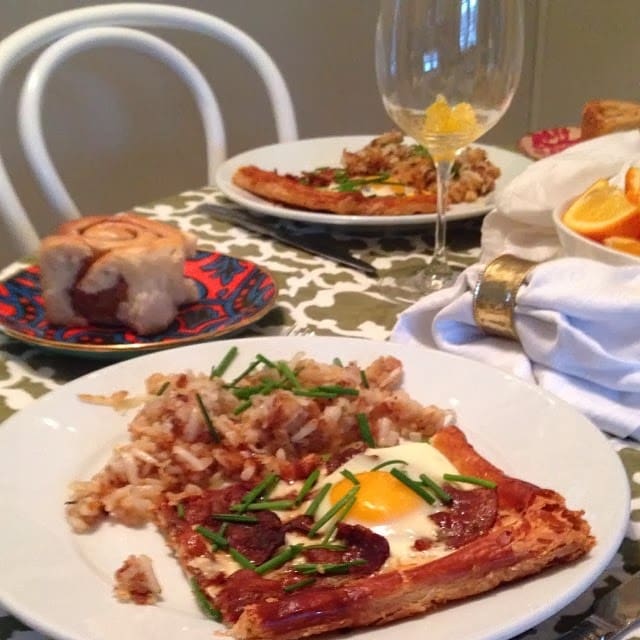 Not only does she have great style, but she’s also a great cook. We had a bacon, egg, and cheese tart, the most amazing hashbrowns, homemade cinnamon rolls and mimosas. We chatted, we drank mimosas and coffee, we watched a bit of SNL together (with Jimmy Fallon and JT it was worth seeing twice), we bonded, we caught up, we spent most of the day together and it was delightful. After, I came home and our friend Tiffany followed to say hi to K and E. Our friend Mike was over, so the four of us enjoyed the unseasonably warm weather out on the deck, listening to music. At 5:15 Emerson decided it was time for bed, though we’re usually fighting to go upstairs at 7:45. So I took her up, and we took the time to put all her babies to bed and have some play time and a second book. 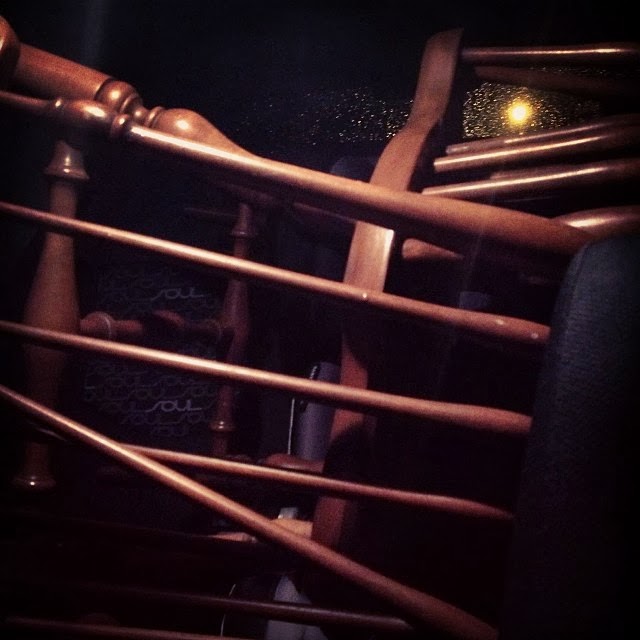 When Em was finally asleep I checked my phone and saw I won a Freecycle score. I saw someone list three wooden dining chairs. We bought a big table earlier this year and haven’t bought chairs because I dream of a table full of mismatched wood chairs just like my semi-grandparents had when I was growing up. We have two great chairs with good histories; a few months ago we saw four chairs out for the trash and took them and they’re not bad but they need the seats reupholstered and two of them are super rickety. It’s harder to find single wood chairs at thrift stores than you would think, so every few months I put out a WANTED on Freecycle, search yard sales, and hope for the best. We’re hosting Christmas Day and I’d like to not have anyone on a chair that’s ready to fall apart so this score came at a great time. I went out to my car and came across my sister who was coming by for dinner. We had invited her, but forgot to tell her we ended up eating early because Emerson wasn’t the only one who was ready to retire early. So Debbie went with me to get my chairs, which was good because she’s far better at playing Car Tetris than I. The chairs are nice, sort of Colonial style that was hot in the ‘80s, Ethan Allen and in good condition. We carried the chairs in and put one on either side of the table, one on an end. Sat down the third one and it was wobbly. I flipped it over to see if a leg was loose and realized that the bottom of the legs had been sawed off. All three had been sawed off, and it seems only an inch at most. They’re still a comfortable height and look good, but it left me wondering the rest of the evening as to why they did this.

Was the table lower than standard? Were the chairs used for a kid’s table? Did the family have short legs? Were the chairs not from a dining set but maybe used as the desk chairs for three children? Has this one chair been wobbly since Day 1, or did a leg get loose from moving them out to the front porch for pickup? One thing I love about Freecycle is thinking of the stories behind pieces, why they are being given away, and why these people chose Freecycle instead of donation or Craigslist. I figure the leg sawing and the case of only being three, not four chairs is why they were Freecycled, but now I want to know the story behind why the chairs were sawed and how they were used! 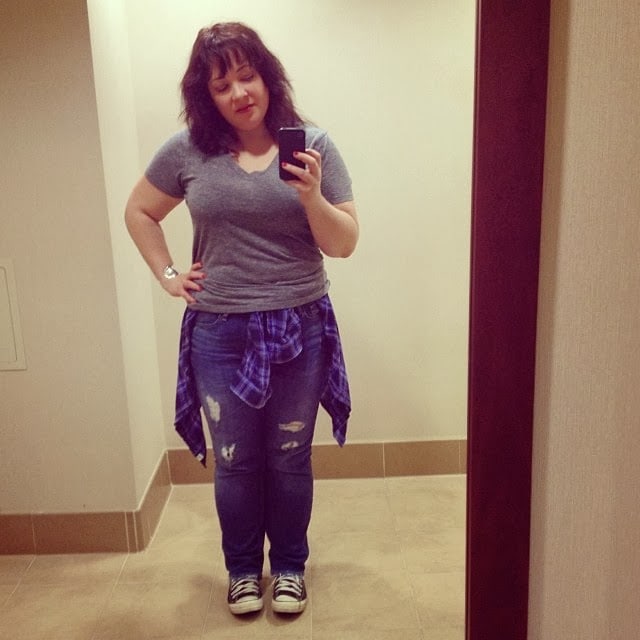 Today I’m in the office, but this is the last day of actual work until the New Year. I’m still tethered to my iPhone, but I plan to get into StayCay mode. I’m actually already there; there’s fewer than 10 people in the office today and I am in distressed denim and Chucks with a flannel tied around my waist. If I can, I plan to leave a bit early and hit a thrift store… maybe I’ll find another chair to finish my dining table in time for Christmas! 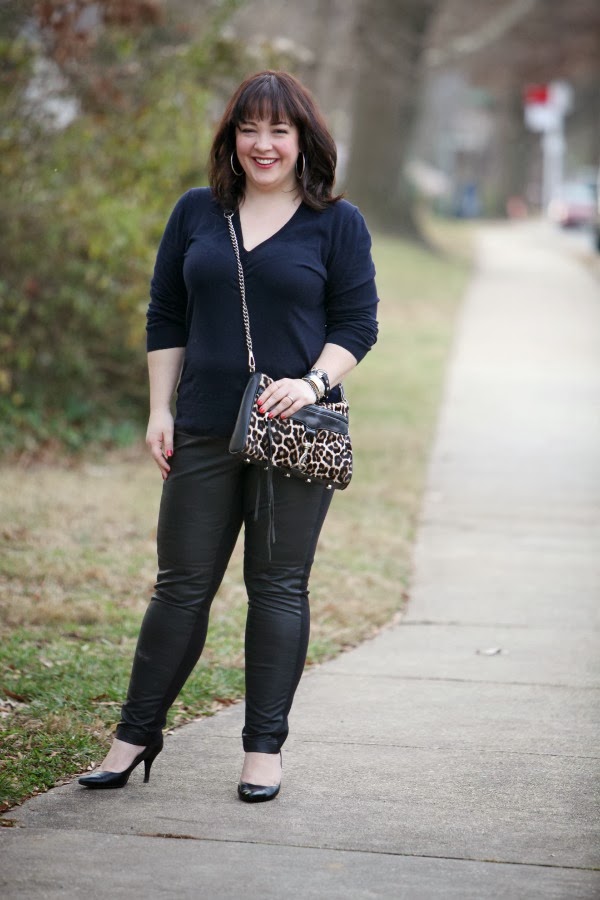