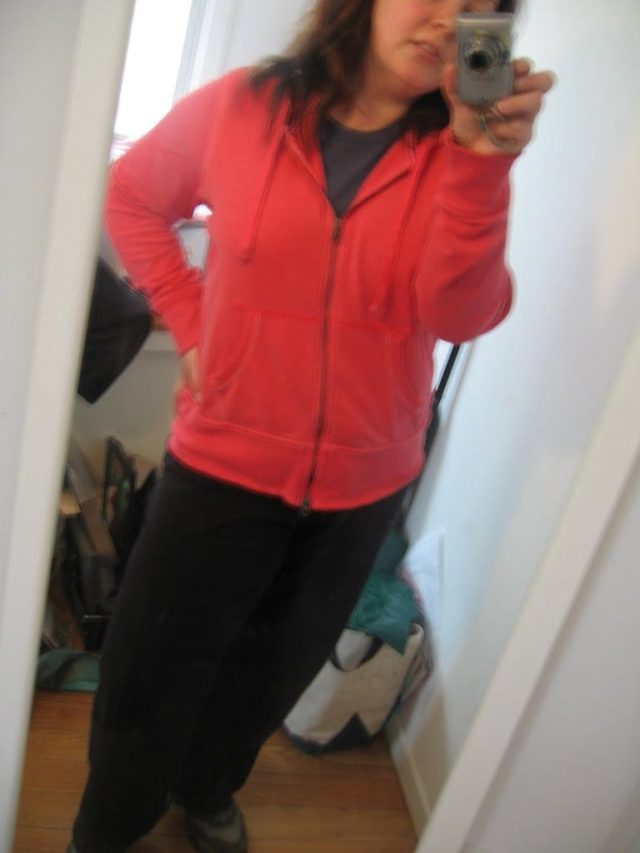 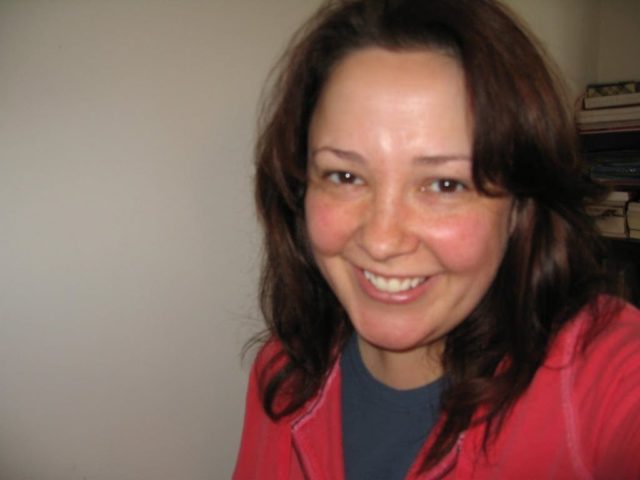 Morning yoga on Saturday. Walked to class, it was lovely in the morning, but got pretty cold and rainy later in the day. Cadet blue tee from Mossimo, black yoga pants from ProSpirit, hibiscus hoodie from Gap, hiking shoes from L.L. Bean. Hair is second day, just blown straight while dry where there was behead. No makeup. Had a good yoga session, then had tea with my mom at a nearby cafe and walked home.

I had to go to the accountant to sign my taxes once I got home, so I switched to Express bootcut jeans and a bit of L'Oreal True Match foundation in C3 and Cover Girl Lash Exact mascara in black and Revlon ColorGlide Sheer in Sheer Burgundy so didn't look as naked. Not super sassy, but I was out for a very short time then headed home to complete tasks around the home and then have Netflix Night with the hubby (saw Half Nelson, was very good. Sad and upsetting and awful, but terribly good acting). 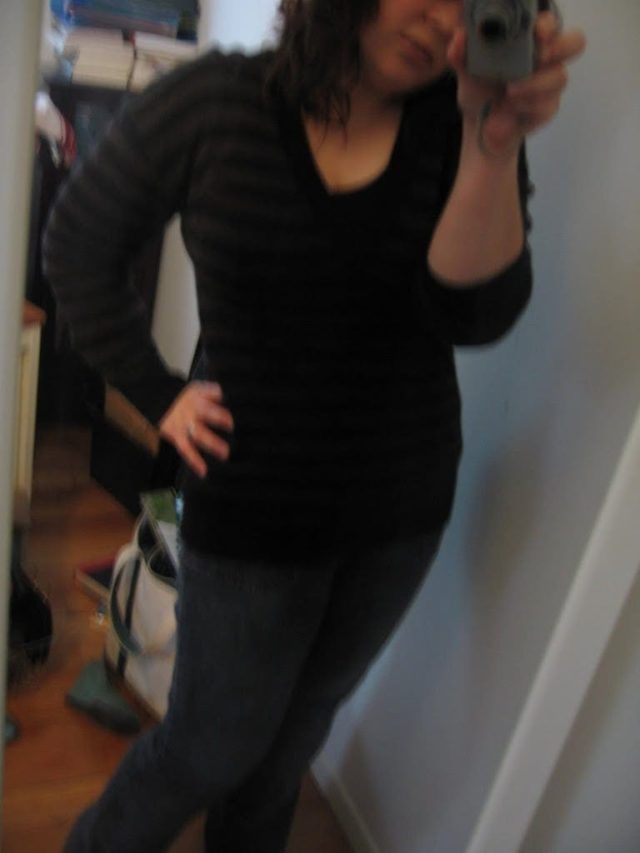 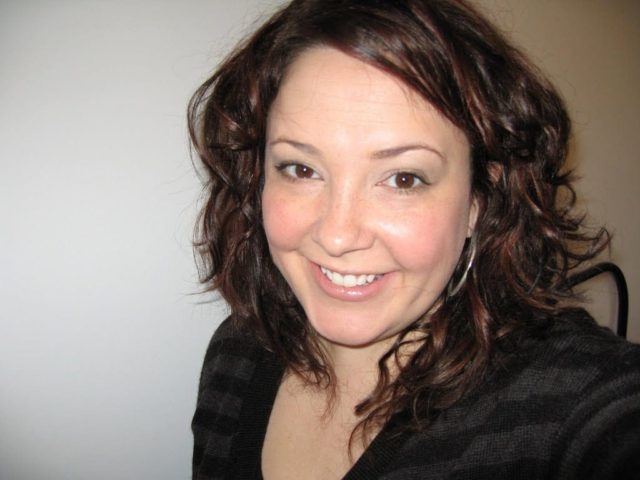 Hair was washed, conditioned, Suave Professionals Healthy Curls mousse applied while damp and allowed to air dry 50%. Then dried with diffuser and curling iron to the unruly parts. It was a super rainy day and was humid even in the house and the hair was crazy.

Makeup was L'Oreal True Match foundation in C3, concealer in W4-5, Nars blush in Orgasm, eyes has the Revlon ColorStay shadow quad in Neutral Khakis – ivory in inner corners and along brow bone, olive on lid and along lash lines. Lashes curled and Cover Girl Lash Exact mascara in black applied. On lips is Lancome Juicy Tubes in Exposure. 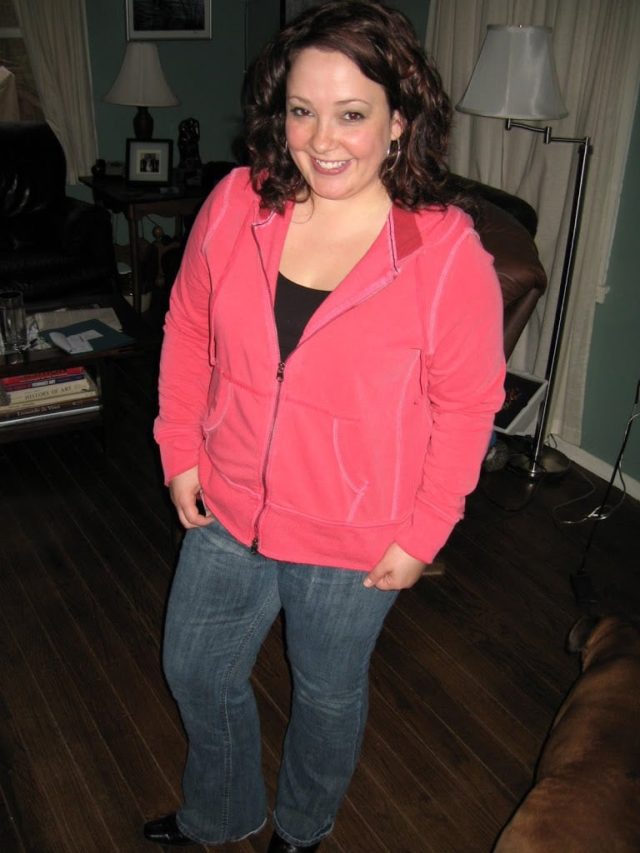 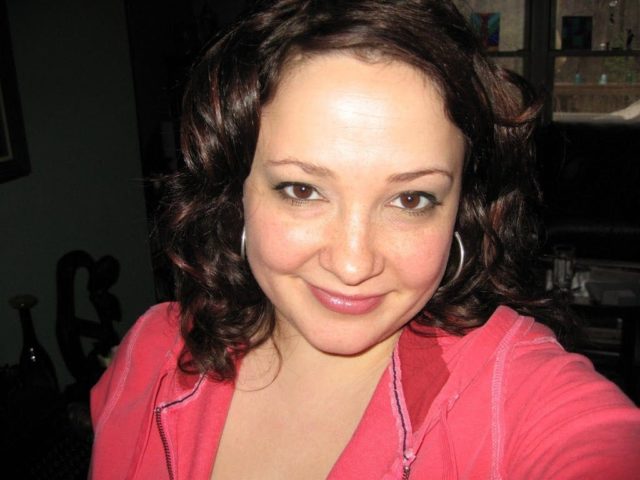 That night, went to a General Admission concert in the city. I pretty much got home from errand running and had 20 minutes to get ready. Took off the sweater and put on the hoodie from the previous say (wasn't sure if I would get hot, had no time for creativity, and knew it was a low-key event), switched to my Curvy Bootcut jeans because the previous ones were sopping wet from being out in the rain. Applied a tad bit more olive shadow, a fine line of Maybelline's Ultra Liner in black to the top lash line, and Revlon's Super Lustrous Lipgloss in Pink Afterglow. I think the pictures my hubby takes are so funny because you can see how he is a foot taller than I; I look like a midget in his shots! 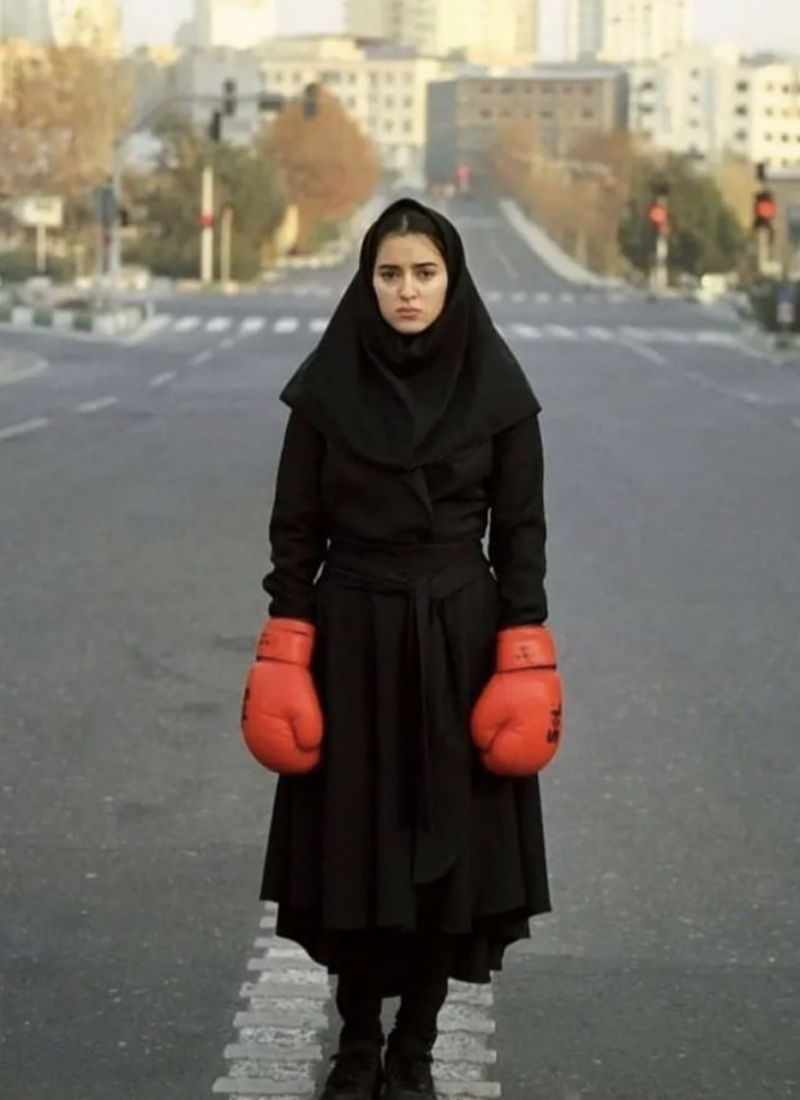 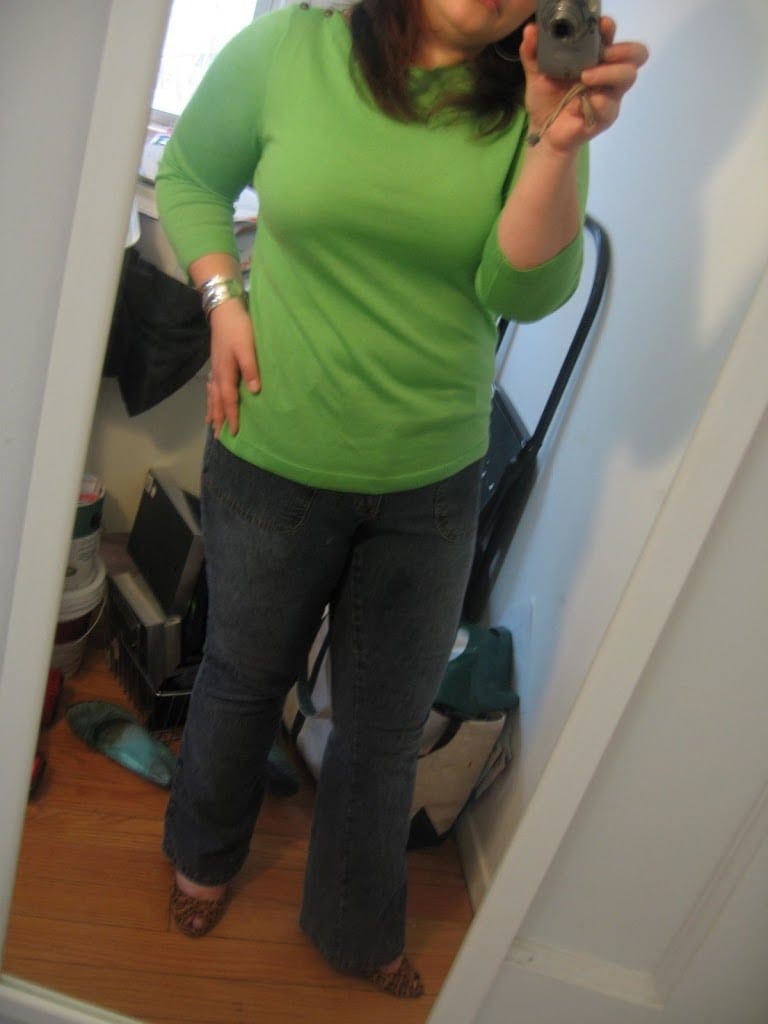