Looking for a way to celebrate Monday's federal holiday? Consider donating to the campaign of a Native American or Indigenous woman running for office. (ActBlue)

Why does the Midwest love orchestras so much? (Washington Post – gift article)

German feminists prove that “Gray power!” can be more than just a slogan—and that activists come in all ages. (The Nation)

In 2021, the bodies of 225 migrants attempting to reach the U.S. were recovered from the Arizona desert. This year, 126 bodies have already been found. (Atmos)

Folks, I succumbed to social media marketing and bought a Hulken. Stay tuned, I received notification it shipped and will be sure to write a detailed review once I put it through the ringer!

Another thing I need to write a review on is our Eight Sleep mattress pad. It is AMAZING; it's temperature regulating, silent, comfortable, and we've been loving it for a little over a month. Customer service is also awesome. Stay tuned, I'll go into full details in a dedicated post.

Long COVID affects more than 16 million Americans, and firefighters are at increased risk of getting it. (High Country News)

What does a breast lump actually feel like? (HuffPo)

Reflections on a life in feminism and psychoanalysis. (LUX)

For years doctors told me my constant exhaustion and night terrors were normal. They weren’t. (Self)

Have you ever gone to a physical therapist or chiropractor and had a TENS unit applied to your skin to relax the muscles before your treatment? It's usually a big device wheeled over to where you're resting. Did you know they make small versions of the TENS unit you can use at home? We bought this exact device this summer and it has been the BEST purchase for pain and muscle relaxation, and less than $40! Apply the pads wherever you have pain (shoulders, back, above and below your knee caps, your feet, your abdomen, etc.) and use the small device (about the size of an iPod) to choose the intensity and style of pulses.

Melinda French Gates is investing $1 billion of her own money for women in the United States. Here’s an inside look at her game plan. (Fortune)

Facebook will shut down Bulletin, its newsletter service, by early 2023. (NiemanLab)

An interstate move, two new jobs, and one serious relationship later, I’ve learned there are limits to starting over. (The Cut)

Goodwill gets serious with a national online shop for thrifters. (NPR)

The singer I loved knew the truth about no-good men and the no-good world. (New York Times – gift article)

I started watching Blonde, a movie on Netflix based on Joyce Carol Oates' book of the same name. This movie is horrible, and not horrible in a campy fun way but in a this is a fabricated tale to make Marilyn Monroe's life seem even more tragic and a bit more scandalous and let us yet again cash off her. I stopped just as she met Joe DiMaggio, I couldn't take any more of Ana de Amas' pout and the lies I kept Googling, wondering if they were true and I had never heard until now (here's one from Slate I read).

But what I did start watching this week and LOVE and look forward to more episodes is Sprung, a comedy series on Amazon FreeVee (which means it's free but there are 2 commercial breaks, one minute in length). Due to covid, non-violent offenders were released early from prison during the 2020 Lockdown and it follows the stories of a few who end up living together, starring Garret Dillahunt as Jake, a guy who spent 26 years in prison for selling weed (remember those maximum sentences of the '90s?).

You may recognize Dillahunt from shows such as Raising Hope and if you watched and loved Raising Hope (we sure did), you will adore this show. A Greg Garcia production (he did My Name is Earl and Raising Hope), Sprung also stars Martha Plimpton as well as Phillip Garcia and Shakira Barrera. This show is a major flashback from the actual flashbacks of Jake pre-prison, his shock of life now in the 2020's (so many flavors of Gatorade!), and Plimpton's house, where they all crash.

As for Plimpton's house, I saw it and said, “Wow, she's a Gen Xer who inherited her parents' house when they passed and didn't change a damn thing.” Five seconds later in the show, her character Barb admitted the same thing. The ex-cons need new clothes and don the garb of her deceased parents, which is an additional flashback.

Sprung is campy and hokey and heartfelt and occasionally will make you laugh until you cry. I didn't realize how badly I wanted a show like this until I started watching it. Don't try to binge it, you'll lose the joy. Max two episodes in one sitting. But enjoy the trips down memory lane (whether it's the '90s or the insanity of 2020), the actors being utterly fabulous in their ridiculousness, and some humor with a positive twist.

I've been a fan of the band The 1975 for a while, and their latest album, Being Funny in a Foreign Language maintains the classic 1975 vibe of that kind of pop rock you'd hear in a movie soundtrack. And this video, which has a very Buster Keaton vibe, is simple but engaging and a lot of fun (and has a cameo of singer Phoebe Bridgers). 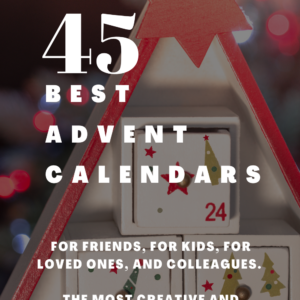