Yep folks, I got the flu.  Luckily I think I have the old-school version, not the N1H1.  So no tummy issues, but I do look like the Before part of a NyQuill commercial.

I started feeling off last Thursday.  Friday I was coughing at work and feeling a bit weak.  Not a great thing as that I was leaving for Charleston, SC the next day to officiate and attend a good friend's wedding.

I woke at 3am for my 7am flight and by time I got off the plane at Charleston airport, I was sick.  I thought I would be okay – just that post-flight ickiness.  My sister picked me up (she had driven down the night prior) and we went to the hotel.  I changed, freshened up and went to meet the bride and groom to be and other friends for brunch.  I had to leave brunch early because I was feeling so ill.

I spent most of my Charleston weekend cooped up in my hotel room.  I got through the rehearsal, but ended up arriving late and leaving the rehearsal dinner early.  The next day I doped up enough on B6, Oscillococcinum and Motrin to be able to perform the ceremony and attend the reception without wanting to curl up into the fetal position.  I will have to visit Charleston again so I can see more than the interior of the Holiday Inn on Calhoun and the pharmacy aisle of the Harris Teeter!

Anyway, no real pictures of me but I did have some fabulous outfits.

Brunch: Navy jersey dress from Soprano, silver flops from Havanias, silver jewlery.  It was a casual place (Poogan's Porch).  I brought my black belt and black patent T-straps to dress it up but the flip flops were actually more appropriate for the event. 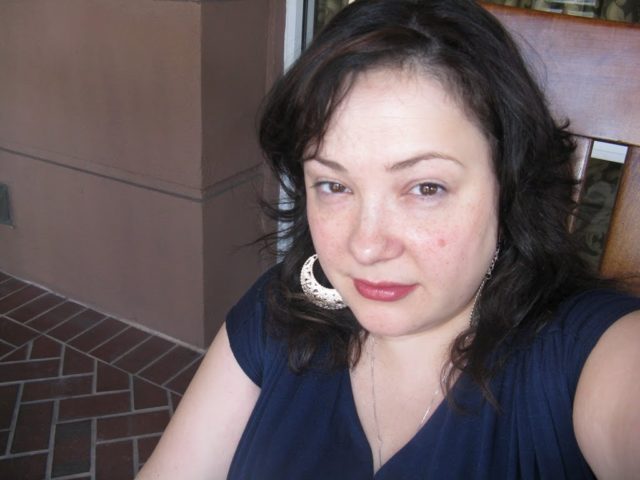 Rehearsal: Same outfit.  I was so sick, I came home from the brunch, took off the flip flops and my earrings and crashed right into the bed.  I woke up, brushed my teeth, washed my face, put on some mascara and Burt's Bees tinted lip balm in Fig and headed out in my sick funk.  This is me sitting on the front porch of the hotel waiting for my friends to pick me up and take me to the rehearsal.
Rehearsal Dinner: I took a very hot shower and some cold medicine and thought I was feeling better so I wore my black feather print dress from Muse (I took a picture of me in it last week but it's on my work computer), black patent T-straps from Softt, black patent clutch from Ann Taylor Loft and silver hoops and cuff.  I looked cute, but the good feeling didn't last.  I was hot and stiff and achy and out of it.  So out of it, I walked up the stairs to the restaurant lobby where the restrooms were and passed some college kids on benches waiting for a table. I heard them say, “damn, she's trashed!”  I didn't at the time think they meant me until I returned and carefully maneuvered the stairs and they clapped when I got to the bottom.  It did make me giggle, though it also made me want to go back and cough on them. 😉 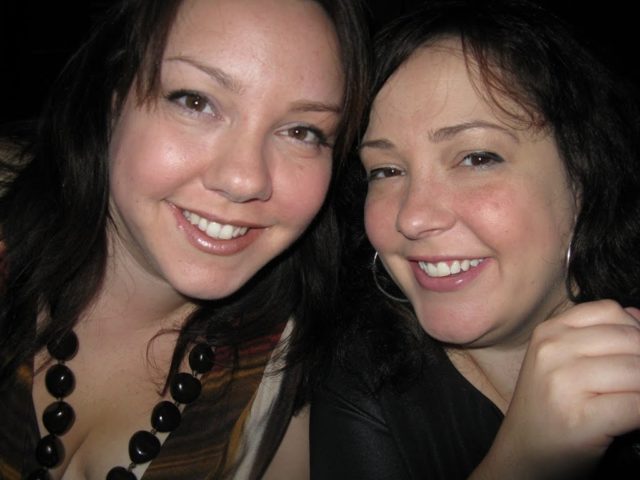 No picture of the FANTASTIC dress (I will be rocking the heck out of it this winter!), but here I am with my sister upon arriving at the rehearsal dinner before I felt as though I was going to die…

Breakfast: We had reservations at High Cotton and I knew I had to eat something that day so I took a hot shower and went.  I wore my red print dress from Max Studio with the black patent belt from Ann Taylor and my black patent T-straps.  The place was quite lovely, but I was still feeling poor so we made the meal short and went to Harris Teeter to stock up on drugs and Gatorade for me.  I then spent the rest of the day sleeping so I could be in decent shape for the wedding.

Wedding: I wore my black Calvin Klein maxi dress that I wore for my friend Shelly's wedding, gold sandals from Lands End, all of my gold bangles, some gold dangly earrings and a black pashmina.  Hair was messy/curly, smoky eyes.  I wore the pashmina for the ceremony, pinned behind me so it worked like a shrug.  I took it off for the reception.

Trip home: I rode home with my sister in her car.  I was not feeling cute nor looking cute.  Wore a dark red nursing tank from Bravado so I could easily pump while on the road, my Gap jeans from the flight down, and my Kenzie cardigan.  The Havanias flip flops rounded out the sick girl look.

So I left Saturday morning, came home Monday night and have been sick ever since.  I have not been to work.  I hope to be well enough to properly work from home tomorrow, but my brain is really fuzzy, I am dizzy, achy, and exhausted from coughing. 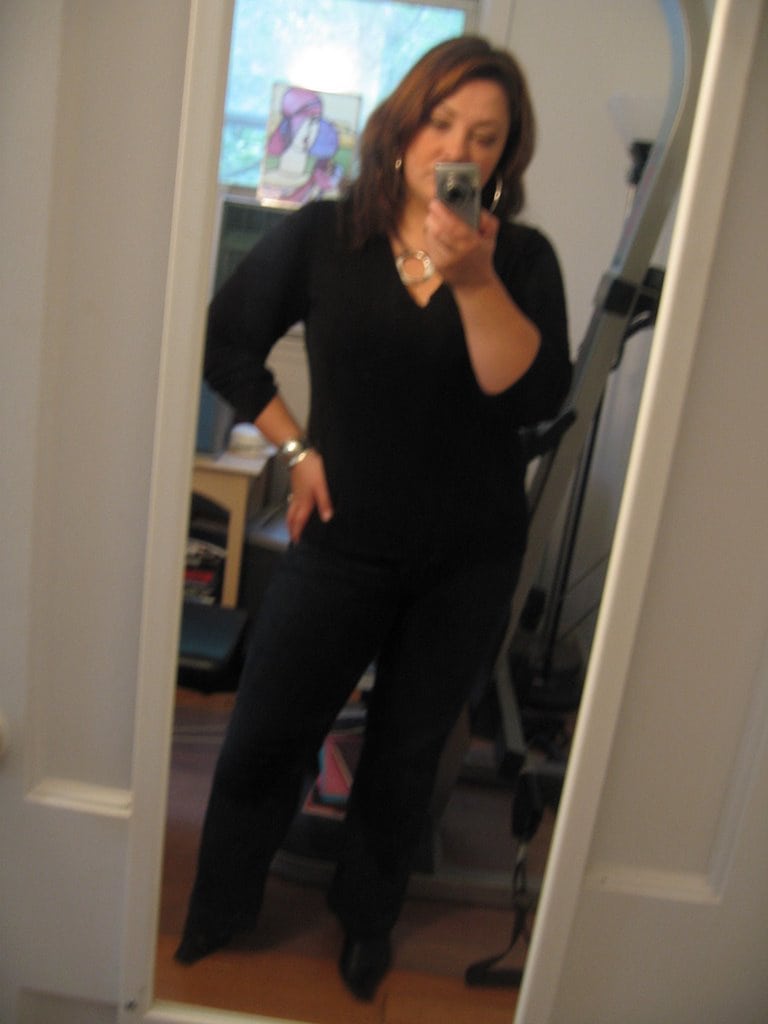 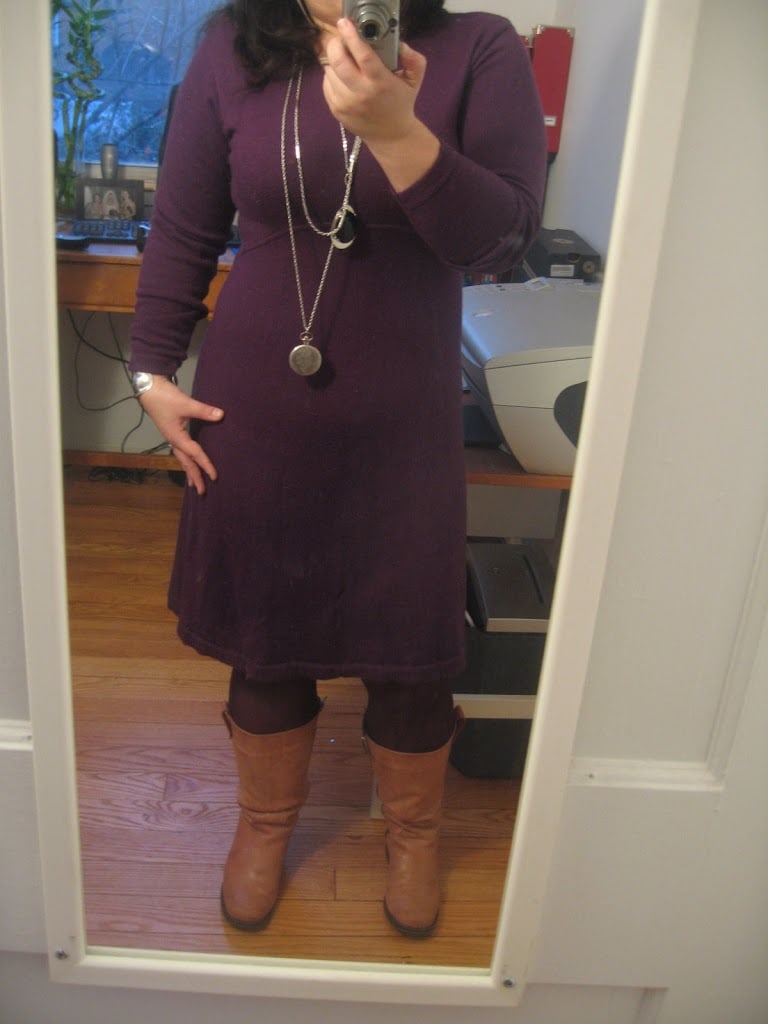 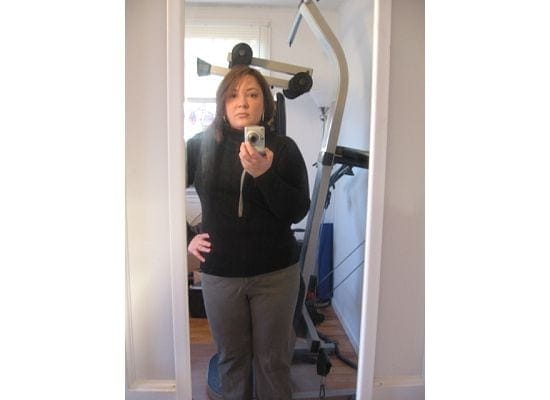 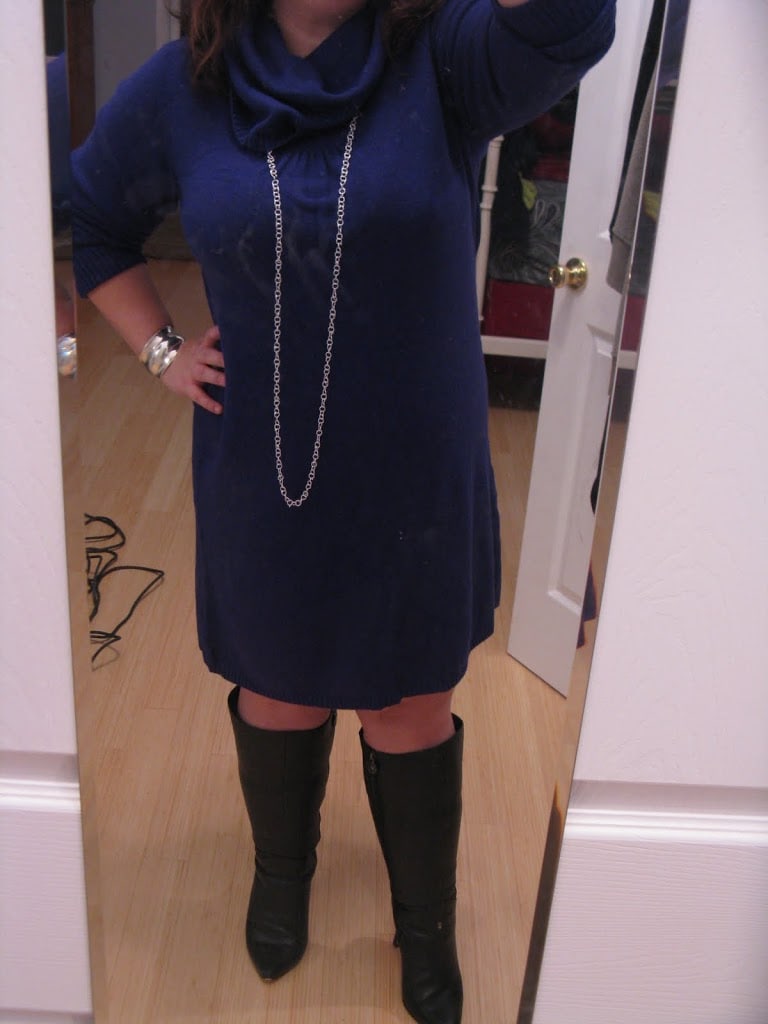