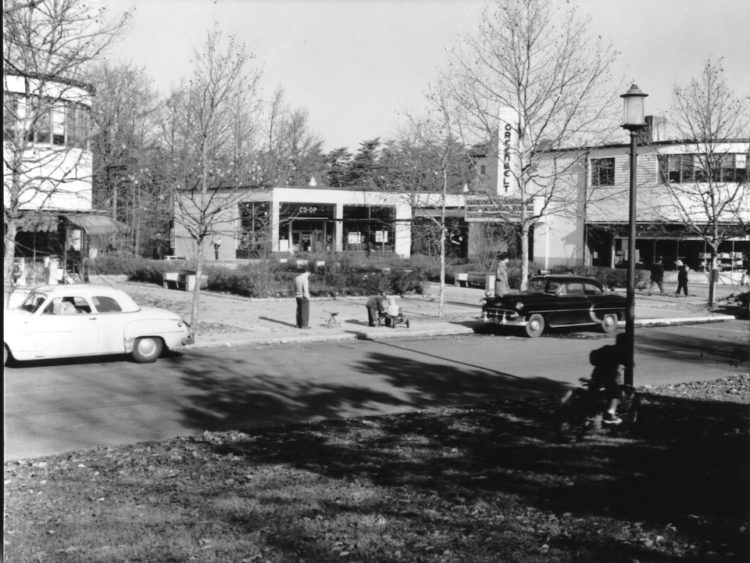 When we moved into our current home back in 2000, a husband, wife, and their tween daughter lived next door. Our homes are in a planned community that was part of Roosevelt’s New Deal plan. Some of the houses were made of brick, some of cinderblock, and a few, like ours, were deemed temporary housing for the soldiers coming home from war and only made of wood.

The houses remain still with their wood frames, 80 years later. I think they’re still sturdier than many homes built today, but the walls are thin. Like I can see the light of my neighbor’s bathroom through the back of my medicine cabinet thin. And I remember over the years after we moved in, hearing conversations between the mom and daughter in that bathroom. I could tell it was usually when the daughter was taking a bath, the mom, likely sitting on the closed toilet seat. The conversations continued until the daughter moved out for college. I couldn’t hear what the subject of their discussions, but I could hear the tone. I heard far more heart to hearts than arguments. I remember thinking, I want that with my kid someday.

My daughter is 11 and I still put her to bed, “do the bedtime routine.” I have always been the one to do this, unless I was out in the evening. I’d be at work all day, it was a way for my husband, the stay at home parent to have a break, it was always a way for my daughter and I to have some time alone to connect. It used to be me brushing her teeth, changing her into her pajamas, reading her a book, and lying with her for a bit after we read to just be quiet together. Now, she changes with the door closed. Now I am the one sitting on the closed toilet seat as she washes her face and brushes her teeth listening to her ramble about anything and everything. And I still get in bed next to her and for a few minutes (okay, sometimes it’s way longer than that) with the lights out we just lie there, or sometimes we talk more.

I have been so grateful the past couple of months to have this every single night. I learn more about her virtual schooling in those minutes in the dark than all the questions I ask all day long. And while she’s not going to sleepovers and playdates and drama club she’s still interacting with her friends. They FaceTime, sometimes with the screens facing their ceiling fans instead of one another and they ramble for hours, while watching TV, while playing video games, while just staring at that ceiling fan. They do TikToks for each other, as duets, synchronized through FaceTimed choreography. They gossip and share crushes and tips on scoring points in games and choreograph dances. And they talk about what is going on in the world.

They see it in TikToks, they share what they learned from parents or saw on the news. They hear it discussed in YouTube videos and hear stories from their older siblings. And what they’re learning is not always accurate. Honestly, they’re going to believe their friends and their favorite influencer before they’re going to believe their parents. But honestly, we could learn a thing or two from them.

This week, the discussions in the dark have been about PrideFall (yep had no idea what that was until I Googled it, shared that what I learned was completely different from what my daughter and her friends feared it was), about white and blue and all lives matter, the difference between transvestite and transsexual, about cops filmed teargassing and hitting young people, about how some of the people she’s seen on TikTok are using the protests as photo ops and why that is terrible, about what we as a family are doing and can do, and so very much more. Google was used many times, as was Urban Dictionary.

I’m glad to have this time to learn from her, and to still have her learn from me. To know there is more beyond what I see on Twitter or the TV and more than what she sees on TikTok and hears from her friends. How together, we can help one another be more informed, more helpful, and can challenge one another to see things in a different way. We’re all practicing piano, and sometimes trying a different method of learning can help us learn better or retain the knowledge.

I wrote the intro to this Weekend Reads on Thursday, and by Friday I was no longer feeling it.  After taking a shower, I came to my computer to write what you see above instead, and in the process accidentally deleted my How to Help section.  Because I use WPEngine as my site host, I do not have the ability to pull up revisions of posts and lost all I wrote.  But this week I was discussing the #8CantWait project from Campaign Zero.  This project used data to show that if police enact the eight changes they suggest, it could reduce police killings by 72%.  8 Can't Wait has its critics, but I appreciate the idea and donated to Campaign Zero this week.  I encourage you to click on the links for both 8 Can't Wait and Campaign Zero to learn more about them and share with your friends and family.  You may not agree, you may agree but have concerns or questions, and that's okay.  What's most important is having these discussions, expanding our outlook, recognizing how institutions we have taken for granted may be based on inherent racism, and what we can do to change that.

What I also wrote about but am struggling to phrase like I did on Thursday is how we all have a platform, whether we're an influencer with 100,000 Instagram followers or 35 friends on Facebook. We have platforms in our NextDoor communities, our Facebook groups, our book clubs, our church listservs.  It's not how many people see your message, it's having your message motivate others to do a bit of research, to seek out news sources different from their everyday, to question policies and how the government is handling things, and question their role in all of it.  Don't think you aren't “big” enough to make change, we all have the power.

Speaking of stylish women who speak out: Jane Fonda’s History Of Activism From Civil Rights To Today. (Bust Magazine)

68 Black-owed fashion and beauty brands to support now and always. From this list I am now in love with Cushnie. (Vogue)

Did you know you can donate your Sephora points to charity? Head to the Sephora Rewards page and along with the ability to get free products, you can also use them to donate to the National Black Justice Coalition.  No need to make a purchase to donate your points!

Desiring donuts? June 20th is a great day for them.  DC pastry chefs are putting on a national bake sale that day with proceeds from the virtual pop-ups going to organizations that support racial justice. (Washingtonian)

A Short Reading List for Radicalizing Your Parents. (GQ)

I have so many graphic tees I purged a few in my recent closet cleanout , but I am really crushing on this elegant rainbow graphic tee at Anthro.

Emotional inflammation and how it harms mental health. (The Plum)

My friend Dana who you may recognize from sharing her beauty routine here in 2018 wrote a piece that I think everyone needs to read. (Mason-Dixon Knitting)

How does a business that eschewed e-commerce survive during a pandemic? (The Strategist)

Wah, if they had this beautiful green color of the Tree Napper when I bought one I would have totally gotten it instead! Right now with the weather causing some nights to be chilly and some to be sultry, I am so glad I got this weighted knit blanket.  When it's hot, I cover myself just with it; it gives me the feeling of being snuggled under the covers without the heat.  With the cooler but not cold nights, I love it with just a sheet underneath.

A scheme to help Bangladeshi garment workers through the lockdown allows shoppers to buy high street clothes directly from manufacturers. (The Guardian)

‘Allostatic Load' is the Psychological Reason for Our Pandemic Brain Fog. (Vice)

I'm not sure how many of you are local-local to me, but here is a great list of Black-owned businesses along the Route 1 Corridor that you can support. (Hyattsville Wire)

Arissa Hall, the National Bail Out director on finding her political identity, freeing Black mamas, and helping those who help. (Gossamer)

I think most of us can relate to not having the focus right now to dig deep into a book, but I am trying.  Wednesday's post was partially based on my reading of How to Be an Antiracist by Ibram X. Kendi and how it's hard to stop and focus on it when I don't feel as though I can leave Twitter and the news.  But I am forcing myself and I am on Chapter 4. If you too are reading it, we can motivate one another to keep the focus and share what we have gleaned from it.

After finishing many of our series, K and I were looking for a new show that would be fun and began watching The Great on Hulu.  Woah, this was NOT what I thought it would be but we LOVE it.  It is based on the story of Catherine the Great, but it's like if it was done by the creators of Gossip Girl or maybe the CW's Riverdale.  It's pretty and witty and ridiculous and not at all historically accurate and then suddenly there is gruesome violence and a poignant message and next thing there is humor again.  Each episode is a wild ride, I don't necessarily like every actor (Orlo drives me bonkers and Leo is too much like a Russian version of Dan Humphrey) but I so enjoy it and think Elle Fanning and Nicholas Hoult are fantastic playing Catherine and Peter.  We finished episode 6 at the time of writing this and can't wait to see what happens next.

Looking for just plain fun television? We love Most Expensivest on Viceland.  Hosted by 2 Chainz, this shows how the 1% spend their money.  Spoiler alert, a lot of it is really ridiculous.  But the show isn't a modern-day Lifestyles of the Rich and Famous.  It may feature these expensive products, but what really makes the show is the combination of 2 Chainz off the cuff commentary and the hysterical video editing.

And I haven't watched it yet, but a new season of Queer Eye is out on Netflix!!

Last night K and I rented The High Note, a new movie starring Tracee Ellis Ross as a superstar who has reached her 40s and is deciding her next step in her music career.  While K said it was cheesier than the state of Wisconsin, I loved it and he admitted he too enjoyed it.  It's no secret I am a fan of Tracee Ellis Ross, and she was fantastic in this movie.  But what really got me was this song, which ends the movie.  I think it's one that should be heard by all of us over 40. 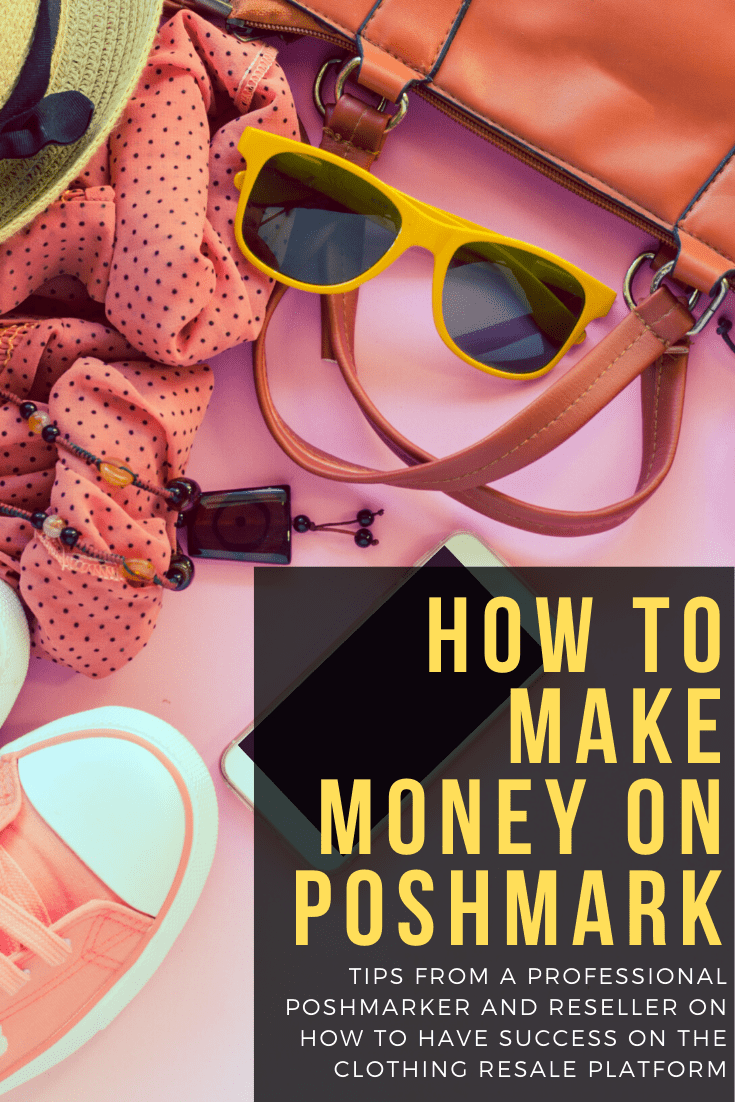 How to Make Money on Poshmark