I'm so sad to hear of the passing of Toni Morrison. I first experienced her work in college; a class syllabus included “The Bluest Eye” and I was changed. That summer, I read “Song of Solomon,” “Beloved,” “Sula,” and “Jazz.”  Because of Toni Morrison, as an English Lit major, I made my concentration Contemporary Women's Literature and pursued a Women's Studies certificate/minor. It made me realize that while I went to a high school that focused on the humanities and had teachers who exposed me to amazing literature (thank you, Ms. Arnold, for assigning “The Handmaid's Tale” in 11th grade), I had read little, other than “The Color Purple,” from Black authors.  I went to a high school where about 75% of the students were Black, lived in a county where half the residents were Black, yet was still receiving a white, and while we're at it, male-dominated education. Toni Morrison opened my eyes and changed my whole outlook and direction.  If you haven't read “The Bluest Eye” don't expect it to be a beautiful, heartwarming story.  And if you're white, you may feel uncomfortable with her works.  That's part of the point.  Morrison wasn't writing for white people.  And that is why we as white people need to read her work. Someone shared on Twitter a snippet of when Toni Morrison was interviewed by journalist Jana Wendt in 1998 and I had to find it to share with all of you:

White people have been in the center of… well everything for centuries and centuries.  It's been a fact for so long, we don't even think about it, we take it for granted.  And I think that's why some people do not see what is going on in America as racist.  They want “the good old days” but they were only “good” for white people.  They had the jobs, the schools, the homes, the land, the power.  But America isn't a white country.  In 2018, 60% of the US population was “white alone,” not Hispanic or Latino.  That's pretty much half the population, meaning the other half is non-white. Shooting up Walmarts and street festivals won't scare 40% of the population away; if anything it will encourage those wealthy enough to move to leave America, and you can bet the majority of those people would be white.  The best way for us to start to find peace is to understand one another.  We are not all the same, none of that “I don't see color” crap; that's seeing life through a white lens. We need to see and respect one another's different cultures, religions, issues, and needs.  I am not perfect, I know I am typing from a point of privilege and naïveté, but I also know that the only way to a safer, more peaceful country is by trying to understand and respect those different than you. And if you want a suggestion on how to start, may I suggest reading some Toni Morrison.

Completely changing the subject, this weekend I am in NYC with my daughter and sister.  My sister and I are big fans of the band My Morning Jacket.  They are only doing two shows this year (well three but the third is a special event) and one is tonight in NYC. We decided to take a long weekend, enjoy part of the city, and go to the show as a family. I'll be sharing our adventures on Instagram Stories, so come on over and join in! This is a month with a LOT of travel but I hope to maintain quality content throughout.  However, if I am slow to reply to comments and emails this is the reason.  After next weekend I plan to be home for a while – school is starting soon and I love staying in town for Labor Day weekend because our city goes all out for it!

Pool parties are soul-crushing spectacles of half-naked strangers posing next to an artificial swamp. Reason #4,923 why I love Robin Givhan. (The Washington Post)

I grew up with a globe in our home and dreamed of having a house where I could have a globe collection. We no longer have the globe nor do I have one in my current home; this piece makes me want to get one and restart the family tradition. (Design Sponge)

Woah Nellie, this isn't a cheerful article but it's true, it's raw, it's well-written, and it's scary. The end times are here, and I am at Target. (The Outline)

When my suitcase arrived at baggage claim after my trip to Nashville, it was missing a wheel.  I reached out to Delsey and they offered to send me a new wheel or take it to a repair location to have it fixed.  I chose the wheel option but the wheel won't arrive in time for the rest of my trips this month.  And I have a trip coming up where I need larger luggage and will be charged per piece. Getting the suitcase out of the airport with a missing wheel was a pain in the booty.  Planning for our recent two-week trip, Karl mentioned how he wished he had a large lightweight suitcase like mine.  So I went to eBags and saw that my Delsey was on sale AND they were having a promotion that day AND I had eBags points so yeah… I got another of the same 29″ suitcase, but for half the price I paid for my silver one.  I don't blame Delsey for the missing wheel, all the bags on the conveyor belt looked as though they had seen better days, many were wrapped shut or popping open and the only issue with my bag was the missing wheel.  It's been a good bag to me, has been all over the country with me, never causes me to be overweight even when packed to the gills, and that zipper is a workhorse.  My international-sized spinner has also been awesome and Emerson uses it all the time so it has had a beating and still looks great.  The new Delsey is black and looks so sleek! Anyway, I know there are some uber-trendy suitcases out there but Delsey has done me well and I know will continue to do and can't recommend it enough.

I read this article and couldn't get it out of my head.  I mean, California has spent over 4 million to keep a man alive yet didn't take the time to find out his name? Or to find out if he's conscious? And when they did find out, nothing changed? If you could see me right now, as I type this I keep stopping with my hands up in the air at a loss for words.  I'd love to hear your thoughts. (LA Times)

We just got back from spending a week in the Northeast Kingdom of Vermont and had an amazing experience.  I'll share it all soon once I have time to write it all down.  This article came up in my Facebook feed about the food of that part of Vermont and I have to agree it was a great foodie experience as well.  I ate at the mentioned Parker Pie and can't wait to go back and try more of these places. (American Way)

I don't think it's just DC people – would you notice if a slightly different font was used on a common street sign in your neighborhood? Would you get upset? (WAMU)

And a longread I am still reading about the author of Where the Crawdads Sing and her husband who became wildlife conservationists in Africa and maybe went too far with it.  It's from 2010 but just popped up this week on Twitter; I read Owens' book a couple of months ago so was drawn to this article.  Have you read it? (New Yorker)

I don't know about you, but it seems every trip I take ends up with a soundtrack.  Albums we play on the road, songs we hear in a restaurant or cafe that stick with us and become part of the memory.  Eight years ago, we went to Vermont and the soundtrack was the album “Circutal” from My Morning Jacket.  Before Emerson was part of the family, Karl and I took a trip to Charlottesville, Virginia and OAR's “Stories of a Stranger” will forever be part of that memory.  For last week's road trip, I will always connect Two Door Cinema Club's album “False Alarm” with driving the New Jersey Turnpike and long stretches through New England.  And from that album, the song that best encompasses that memory is “Talk,” which I share below.  Feel free to add to your road trip soundtrack, it goes well with driving, as long as it's not standstill traffic! 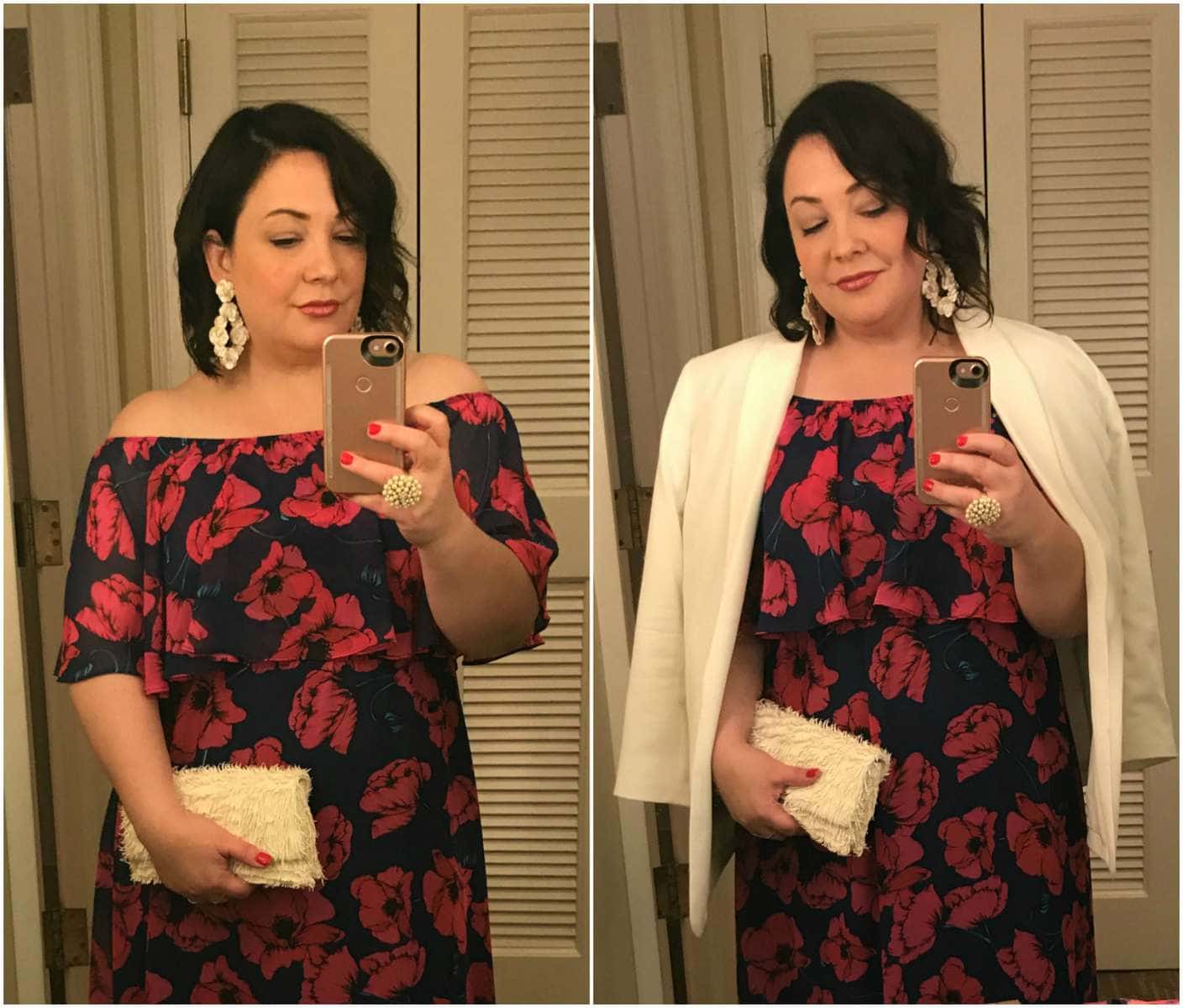 An Ever-Evolving Style and Life