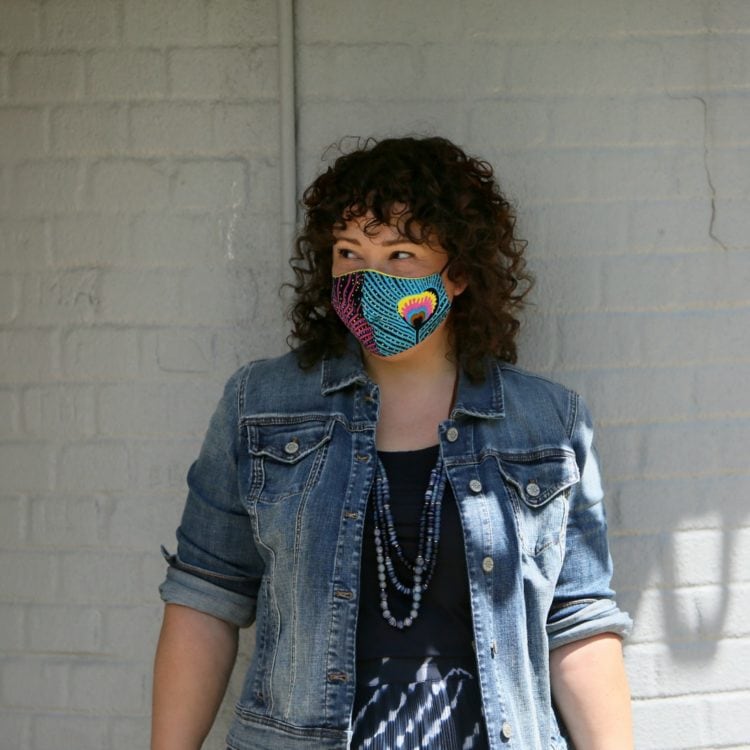 This week we bought school supplies and ordered back to school clothes. My daughter starts middle school at the end of this month, something she's been looking forward to for so long. Middle school is a topic of many of her books and the shows and movies she loves, but this year she'll be attending it from home. We're so glad our county chose 100% distance learning at least through the end of January, but it just doesn't feel like back to school even with the stack of pocket folders, spiral notebooks, and three-ring binders in the home office. We ordered her back to school clothes instead of heading to the mall, and even that was different. Instead of getting her a uniform and a few pairs of shoes, it was hoodies, graphic tees, joggers, and bike shorts. Since she won't have a locker to decorate, we're letting her create a collage wall in her room with images she's finding on Pinterest. We're making the most of the situation, but preparing for the school year is making us all melancholy about the summer we lost. The days at the community pool, our annual Girls Weekend in Rehoboth Beach, the city's Labor Day festival. Last night I had the most vivid dream of floating in a pool, looking up at a cloudless sky. I saw a rainbow of pennants above me leftover from a swim meet. My suit was an orange graphic print one-piece, I had goggles resting on my forehead, my toenails painted red. I smelled the chlorine, I smelled pizza, and sunscreen, and water from a hose. I heard splashing and laughter but seemed completely alone in the pool. I woke with a start, still feeling as though I could smell the chlorine and feel the water in my hair. I mourn the summer we lost, but I wouldn't change a thing because I mourn the people we lost more than this period in time. And when I see people pretending the pandemic is over, just extending this hell for all of us, it enrages me. We're all going stir crazy, we're all bored, we're all in need of a vacation, but we all need to keep our sh*t together, stop all this group socializing, and wear masks so we can move forward.

Wear a mask, and wear it over your nose. And vote this November for Joe Biden so we can start working to repair this mess we're in.

Several weeks over 2020 I have struggled with what tragedy to share in this section and this week was another of them.  It's hard to open the paper or Twitter or turn on the TV because there is just. so. much. happening.  It can numb us.  And that's the only reason I can think that the derecho that hit the midwest last week is getting so little press considering how much devastation took place. The state of Iowa was hit the hardest with a third of their farmland completely destroyed when farmers are already struggling.  Countless homes and businesses were obliterated, lives were lost, and many are still without water and electricity. The mayor of Cedar Rapids says 95% of homes and buildings have been damaged. It's estimated it will take years to repair the damage of the hour-long storm that had up to 140-mile winds and flooding rains, and like the rest of us, Iowa is dealing with the pandemic.

While many compare these midwest derechos to the hurricanes that hit the Southeast, the difference is that derechos happen with little warning while individuals can board up windows and stock up on supplies and even evacuate when it is hurricane season.  Predictions from the National Weather Service the morning of the derecho called for a “marginal risk” of thunderstorms producing 60 mph wind gusts and while the forecast changed through the day, there was no emergency alert as there is for say tornadoes or flash flooding.

The easiest way to help? Text “disaster” to 90999 to make a $10 donation to the Red Cross which is providing food, shelter and medical treatment in Iowa and Illinois.  But there are other ways to help:

If you live in this area and have been affected, or know of a better place to support and donate, please do share in the comments.

A 63-year-old retired nurse had wanted to move to Manhattan since she was a child. So when the coronavirus hit, she came anyway. (New York Times)

Why we cover what politicians wear, by a fashion columnist. (New York Times)

I've been on a natural deodorant journey for a while and while I found one I like (Apothekari) I was interested in seeing if I could find another that was ethical that didn't use so much plastic. I tried Ethique which is highly rated… and it didn't work for me.  Now I am trying this one from By Humankind and I gotta say it's pretty fantastic!  The reusable container is good looking and easy to use, the formula of deodorant glides better than most natural deodorants, smells nice but not too strong (I got the coconut scent), and works for several hours. I've used it for three weeks but will share a more detailed review after I've given it more time!

Sharing vacation adventures used to be fun. But during the pandemic, some travelers are content to let the tree fall in the forest, so to speak, without a single soul to hear it. (New York Times)

The twisted racial politics of going outside. (B*tch Media)

The myth of whiteness in classical culture. (New Yorker)

Remembering what the queer magic of The Rocky Horror Picture Show meant to me for its 45th anniversary. (The Mary Sue)

In isolation, we're finally dressing for ourselves. (Elle)

Krystal Bick is one of my favorite fashion influencers, and this shoot in upstate New York is stunning. (This Time Tomorrow)

And one of the most discussed articles I saw on Twitter this week… NYC is dead forever. (New York Post)

Do you like watching stand-up comedy?  If so, and you're okay with some NSFW content, you MUST watch Sam Jay's special on Netflix.  Jay has been a writer at Saturday Night Live since 2017 and likely some of the sketches you've seen that have made you actually LOL were written by her. This is her first comedy special. Do note there were some problematic portions, I was not a fan of her bits about #metoo and trans women, but in general her comedy is fresh, relevent, and laugh out loud funny.

We also caught Project Power on Netflix, a new movie with Jamie Foxx and Joseph-Gordon-Levitt.  This movie was campy violent ridiculous and a typical summer movie.  Sure, these two guys are famous and drawing people into the movie but the true star of the film is Dominique Fishback.  Personally, I spent the whole time noticing the innacuracies, commenting on the unrealistic situations, and just annoying my husband who wanted to just enjoy a action-packed mind-numbing two hours but the movie isn't my type in the first place, LOL.

But for something that my husband and I both wholeheartedly recommend?  Lovecraft Country, a new series on HBO.  We've only seen the first episode but DAAAANNNNNNG it's amazing.  The actors, the cinematography, the concept, the everything.  A quick summary via Google is, “Atticus Black joins his friend Letitia and his Uncle George to embark on a road trip across 1950s Jim Crow America in search of his missing father.”  Yeah, that says only part of the story.  This is a sci-fi horror series that also tells the story of being Black in America.  When the first episode ended we were craving more immediately, we wanted to know what was going to happen next.  If you liked American Gods and The Watchmen I think you will love this.

My daughter would like to recommend the book Pet, by Akwaeke Emezi. It's a National Book Award Finalist and Stonewall Book Award Winner. It's a YA novel (though she wants me to let you know they use bad words like the S word in it) that takes place in the future and some parts feel a bit scary but it's really exciting to read.  From Amazon, “There are no monsters anymore, or so the children in Lucille are taught. Jam and her best friend, Redemption, have grown up with the lesson that the city is safe for everyone. But when Jam meets Pet, a creature who some might call monstrous but, in reality, is anything but, she must reconsider what she's been told. Pet has emerged from one of her mother's paintings to hunt a true monster–and the shadow of something grim lurks in Redemption's house. No one has encountered monsters in years, though, and Jam's quest to protect her best friend and uncover the truth is met with doubt and disbelief.” My daughter liked it so much she recommended it to her piano teacher, who likes to read YA from time to time.  I think I may read it after I finish my current book!

It was only a matter of time… I am surprised it took a Peloton bike ride for me to know about it (this one from Denis Morton).  The band Chromeo came out with a COVID-themed EP entitiled, ‘Quarantine Cassanova' and the songs are catchy and the lyrics hysterical.  I mean, come on, look at the lyrics for ‘Clorox Wipe.' I linked to Spotify, but if you buy the album, all the proceeds are being donated to Colin Kaepernick’s Know Your Rights Camp COVID-19 relief fund.

Orville Peck with Shania Twain… need I say more? How about Shania Twain in a leopard catsuit with gold fringe? It's a hokey video with a very classic sounding song and a chill fun way to welcome the weekend.