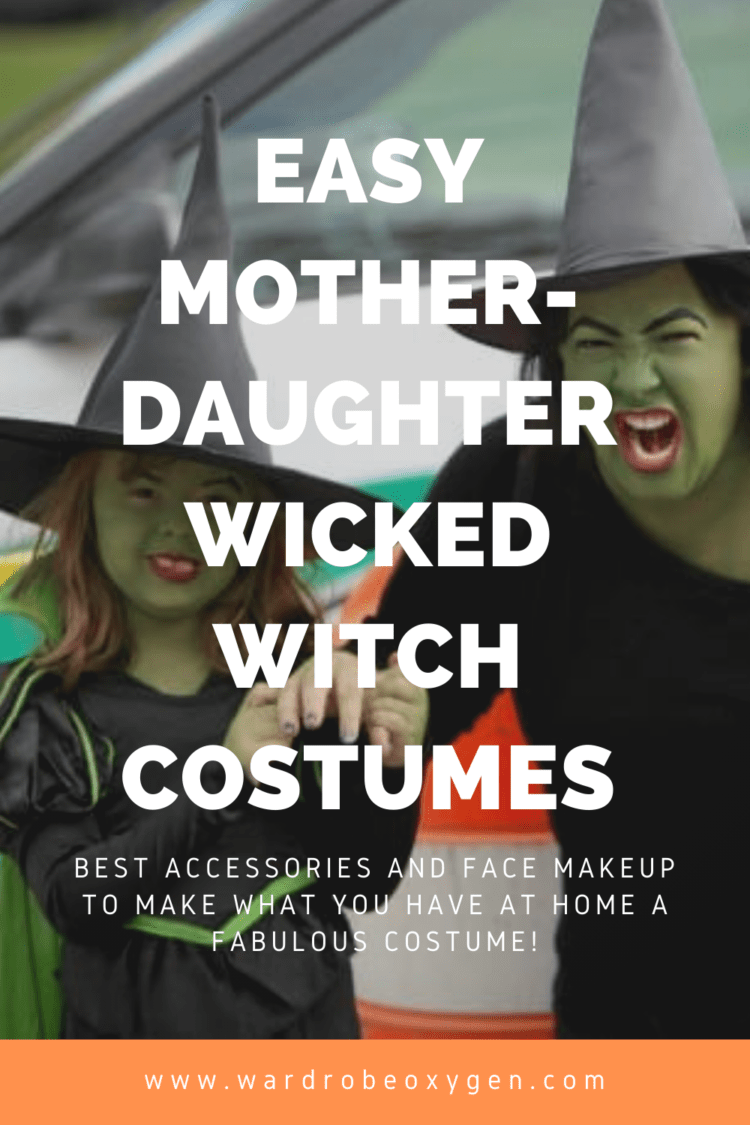 Since August, Emerson has wanted to be the Wicked Witch of the West for Halloween. While she loves to dress up like a princess 364 days out of the year, for Halloween she believes it's only right to be scary or creepy. We got a wreath with fake bones in it for the front door, fake cobwebs on the fence, and she wanted her witch costume to be “real” (translation: no cobbled together outfit of a turtleneck and homemade tutu) and creepy (translation: green skin).

I decided I was going to make her costume… and then I got real.  Who was I kidding, I had no time for such a project!  So in September, I shopped early and bought this costume.  After reading a lot of reviews for green face paint, I decided on this product which is more like pressed powder.  A pair of green and black striped socks and her red sparkly Mary Janes and we were set and I wasn't up until the crack of dawn crying at my sewing machine. 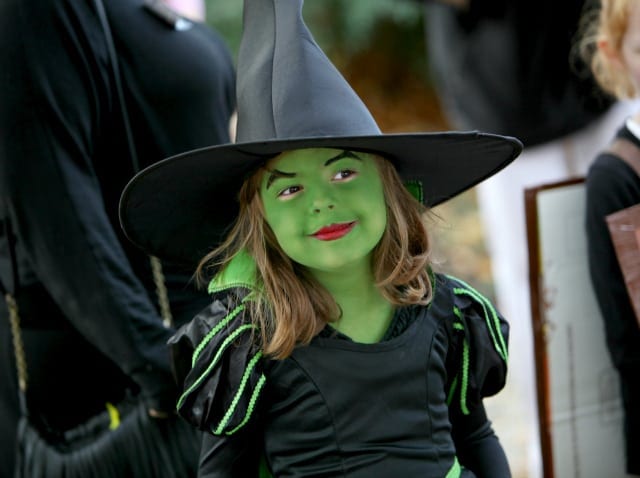 Our community has a Halloween Parade the day before Halloween.  School is let out two hours early, and at 4pm everyone gathers in the town center.  Some parents dress up and some families have amazing group costumes.  We also have a party to go to tomorrow at one of Emerson's friend's houses and then group trick or treating.  Afterwards, my friends were hosting their annual Halloween bash which is an awesome time.  All of these events would be better if I was dressed up, and it would be way more fun if my daughter and I dressed up together.

An hour before the Halloween Parade I thought… I own a ton of black clothes, we have an extra witch's hat… why don't I also go as a witch?  I asked Emerson and she LOVED the idea so in an hour I got the two of us dressed and painted green. 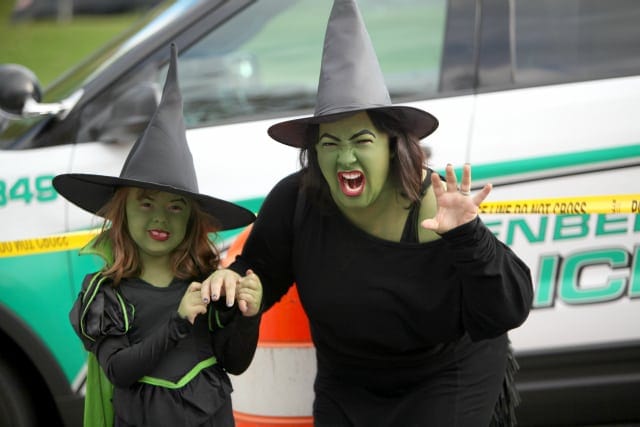 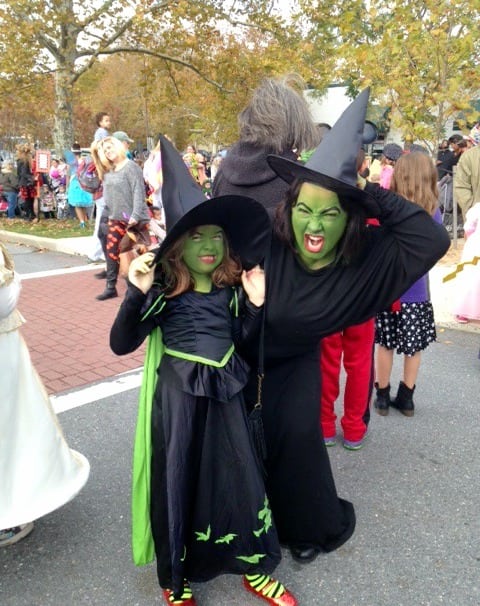 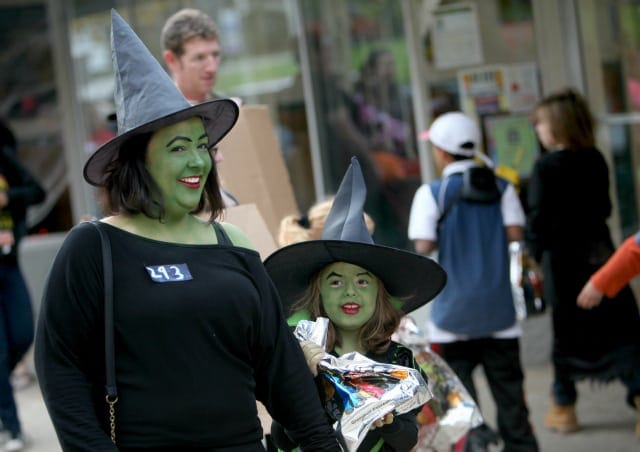 I was right, it was more fun in a costume and it was AWESOME being twins with Emerson!  We called each other Sister and had our own secret witch language as we walked around to all the retailers in the center, receiving candy and saying hi to friends.  After the parade, we went into the theatre where they announced the winners of the costume contest, had a magician for the kids, and then a Halloween-themed Pixar short.  Emerson had a blast and I can't wait for tomorrow's festivities!

FYI, this face paint is the BOMB. It's best applied wet with a sponge; forego the Beauty Blender and just buy a cheap kitchen sponge. You want it pretty saturated for a darker color, but it can be streaky. It dries to a powder finish that doesn't rub off on everything and stayed in place all evening. However, we washed it off easily with a gentle face wash and washcloth. Big fan!