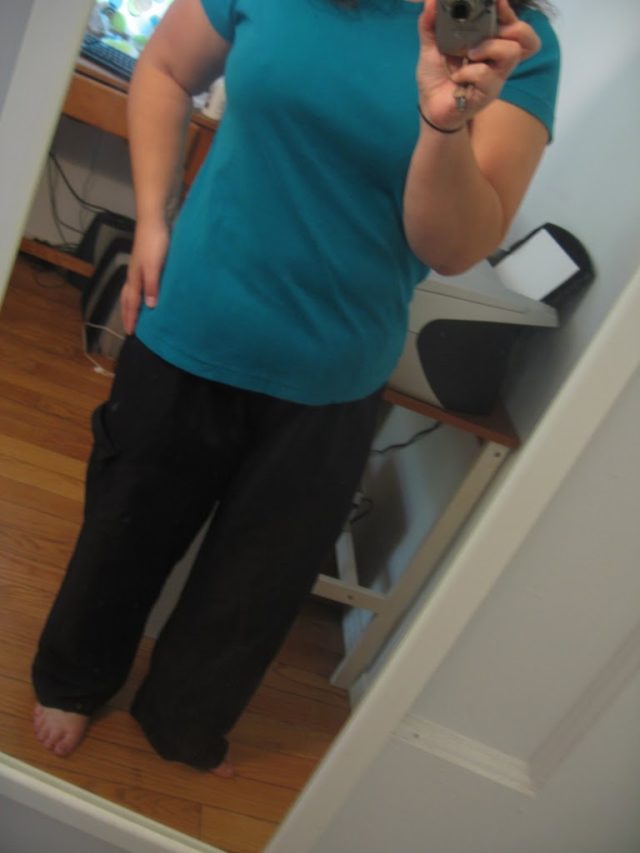 Makeup was worn because I looked as though I only had four hours of sleep and maybe one too many vodka tonics (I did). I used my L'Oreal True Match concealer in W4-5, Benefit That Girl on cheeks, a touch of Nars blush in Orgasm and Imju Fiberwig mascara in black.

Sunday, we met my husband's classmate from when he went to Mexico for yoga school.His classmate is a doctor visiting DC for a conference so we headed into town for breakfast.

Not knowing if breakfast would be a croissant and latte at Starbucks, or an elegant affair at a restaurant, we dressed pretty simply. 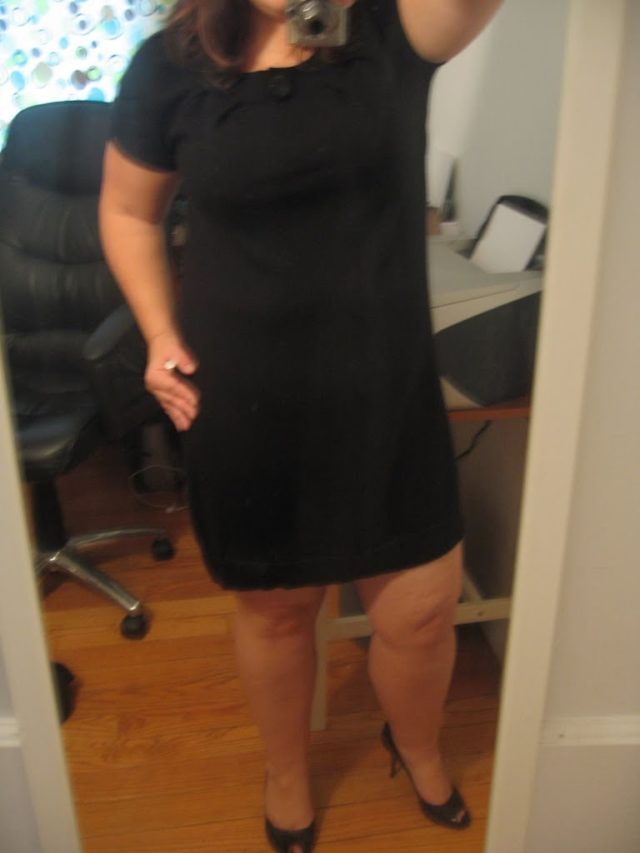 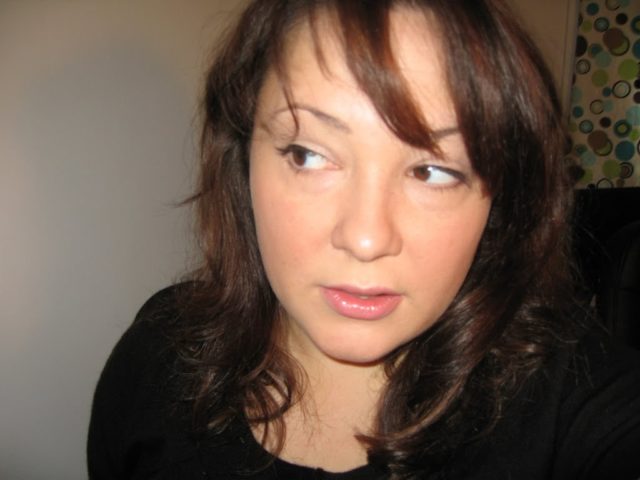 The hubby wore a black merino v-neck over a white tee with gray straight-legged flat trousers and black slip-on loafers (it was cool that morning, around 60 degrees). I wore the merino shift from Banana Republic (washed for the first time on the gentle cycle the day prior and hung dry), black croco peeptoe heels from BCBGirls, and after the photo put on my silver hoops and silver cuff.

Hair was washed and conditioned, then quickly dried with a paddle brush and dryer. A bit of Jonathan Silky Dirt applied after dry for smoothing and definition.

Makeup was L'Oreal True Match concealer in W4-5, Benefit's That Gal on cheekbones, philosophy's The Supernatural Airbrushed Canvas in Beige, Cargo Matte BeachBlush in Tenerife, Revlon ColorStay shadow quad in Neutral Khakis – the khaki on the lid, lashes curled and two coats of DiorShow mascara in black and a thin line of Maybelline UltraLiner in black on top lash line. On lips is Revlon Super Lustrous Lip Gloss in Pink Afterglow.

We ended up having breakfast at the restaurant inside the Embassy Suites, which hosted a variety of attire though mostly fellow doctors in suits. We felt quite comfortable in our outfits and had a great time catching up with one another. After breakfast we ran a few errands, visited my husband's godson (and his parents!) for a bit, then grabbed some Pannera to-go. We had a late lunch out on the deck, enjoying the amazing September weather. 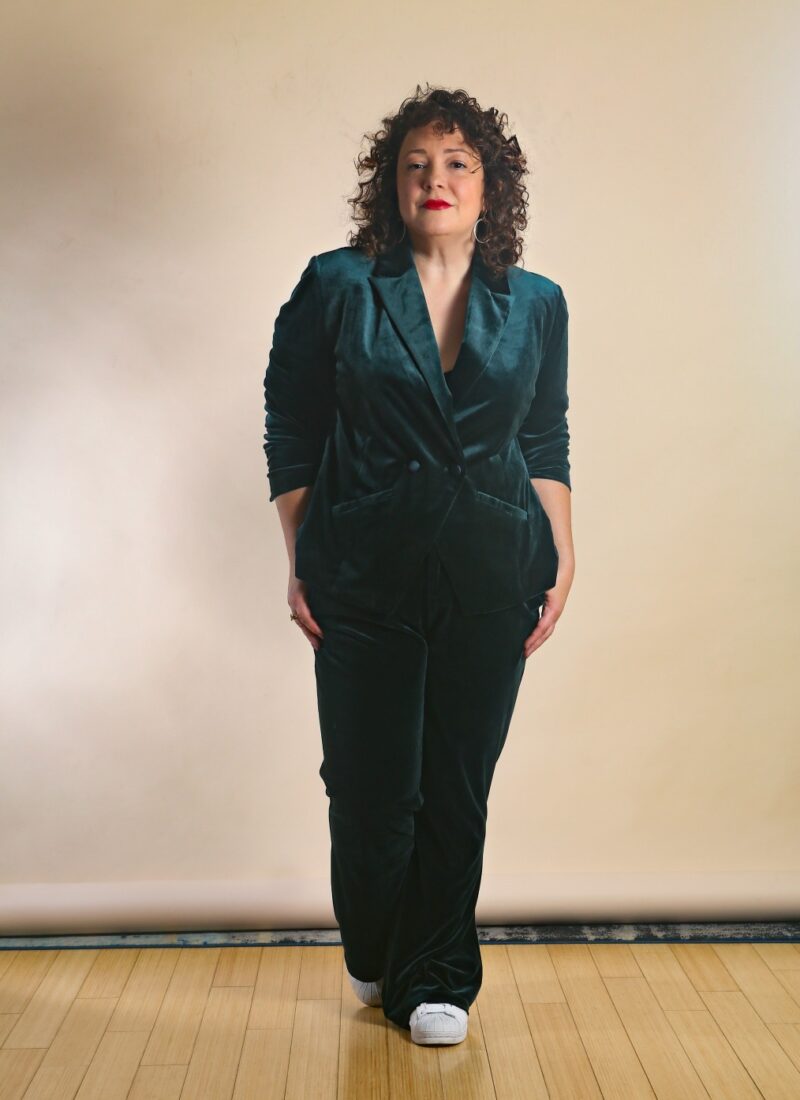 The Year of the Suit 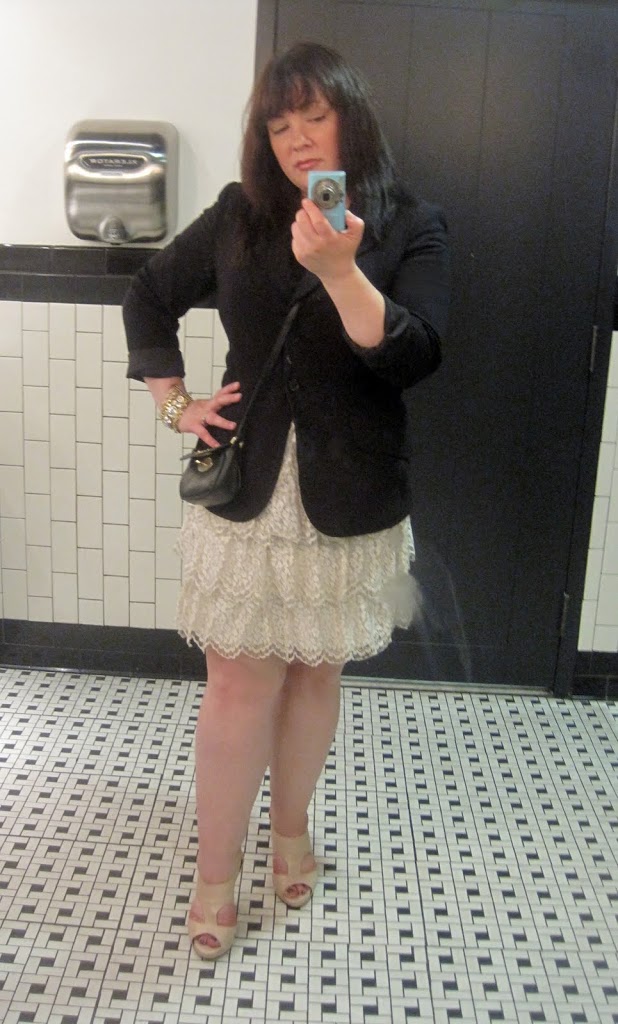 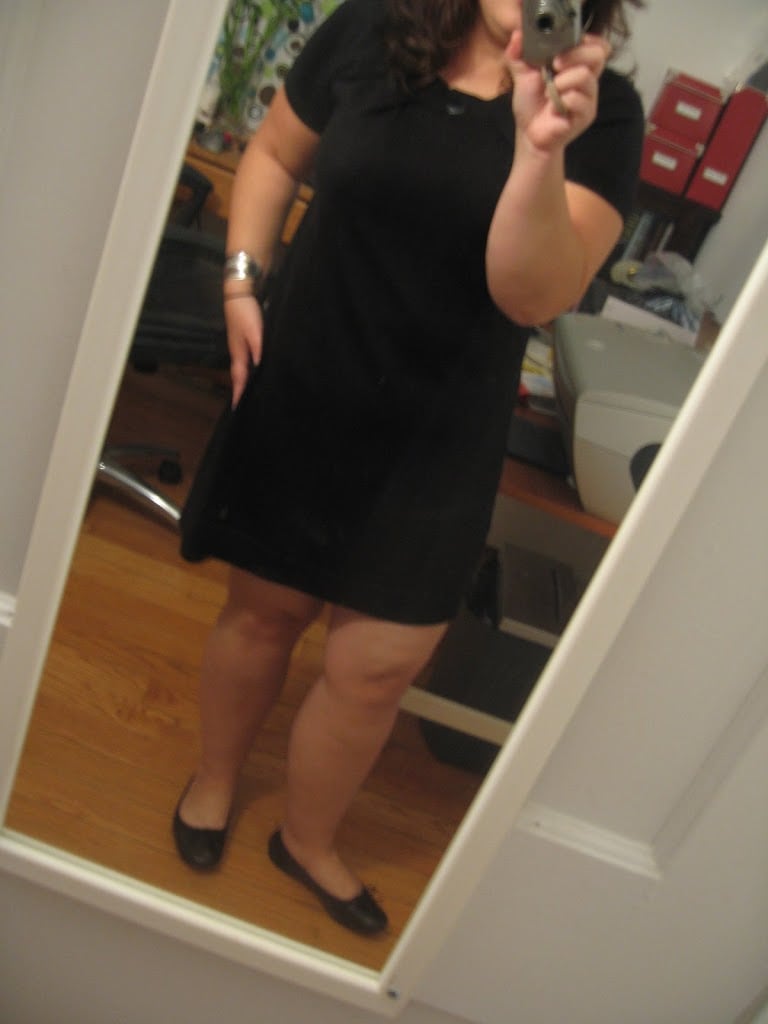