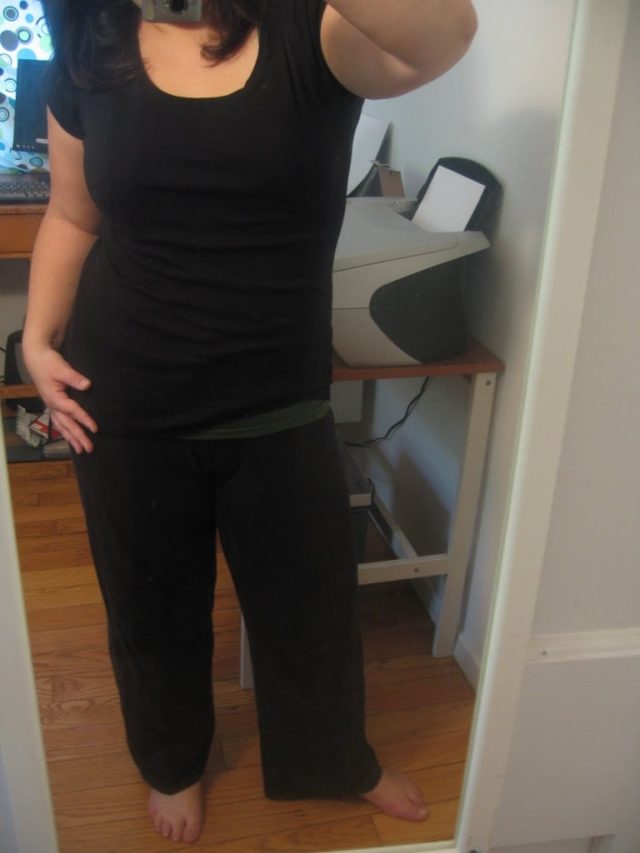 Hair was washed, a bit of PureOlogy's Root Lift added while damp and dried with a paddle brush. Then used the clothing iron to get straight.

The rest of the day we ran errands (Party City, grocery, yadda yadda) and then cleaned the house. Terribly glamorous. All I did was change from my yoga pants to my Old Navy jeans and put on some concealer and lip gloss. 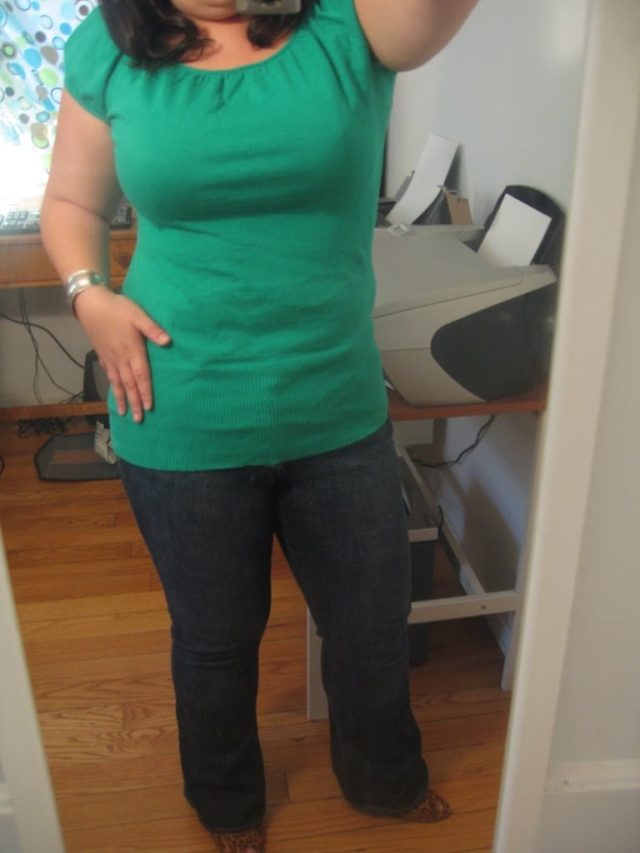 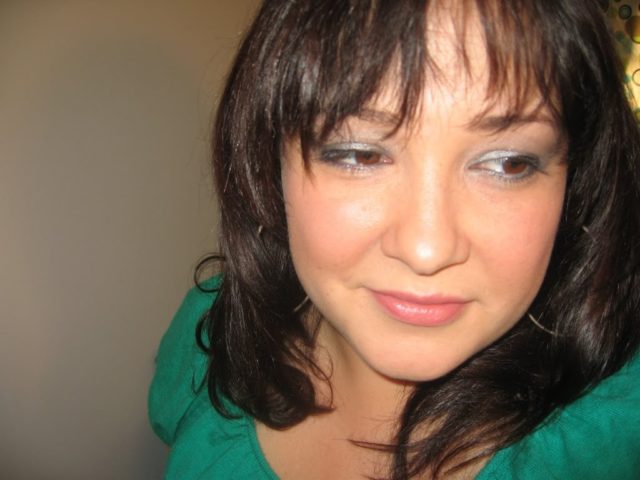 That evening I went out with friends in NoVA – Indian restaurant, appletinis and hanging out catching up with everyone back at the pad. Green puff-sleeved sweater from Mossimo, dark “Flirt” jeans from Old Navy, leopard peeptoe heels from BCBGirls, silver cuff and hoops and to ward off chill I brought my Banana Republic Outlet black ponte jacket.

Makeup was Smashbox Photo Finish foundation primer, L'Oreal True Match concealer in W4-5, philosophy's The Supernatural in Beige, Cargo Matte BeachBlush in Tenerife, Sephora chunky eye pencil in Gray around both lash lines and placed on lid and blended with a Q-tip. Then a limited edition of Body Shop's Shimmer Cubes from last year was used over it – it has a blue-silver shade almsot the same as the pencil and that was lightly applied from lash line up to brow bone. DiorShow mascara on curled lashes and a very very fine line of Maybelline UltraLiner in black on top lash line. On lips was Revlon Super Lustrous Lip Gloss in Pink Afterglow. 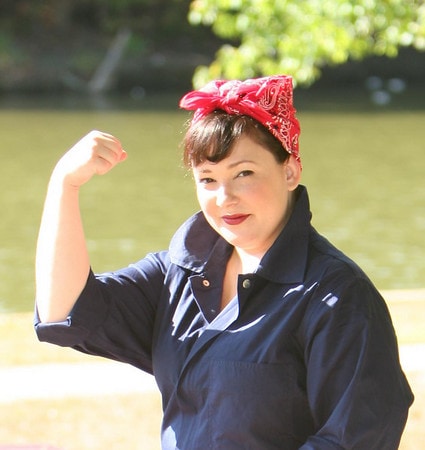 Sunday was my husband's godson's 1st birthday and due to the upcoming holiday, it was a costume party. I went as Rosie the Riveter (photo courtesy of my husband). Navy coveralls from JC Penney online (cheaper than other places! Had to cut off a good 16″ though), red bandanna, and my trusty “Chucks” on my feet.

Hair was second day, I pinned it up under the bandanna, tied the bandanna and then held in place with two Bobby pins in front of the ears.

Makeup was Smashbox Photo Finish foundation primer, Bare Escentuals mineral foundation in Fairly Light, Nars blush in Orgasm, Revlon ColorStay shadow quad in Neutral Khakis – the ivory in inner corners of eyes and on entire lid. Lahses curled, several coats of DiorShow in black, a very hefty line of Maybelline UltraLiner in black and on lips is the Revlon ColorStay lip color in Burgundy. No red smeary mishap this time – I was very careful, kept it in my pocket for touchups and with only two touchups looked polished all day – through breakfast (oh yes, my husband and I were in costume at Panerra Bread), a photo shoot (dog pictures for a client/friend), and then a party where I took part in a costume parade and crawled around on the ground with little William and all his tyke-friends. 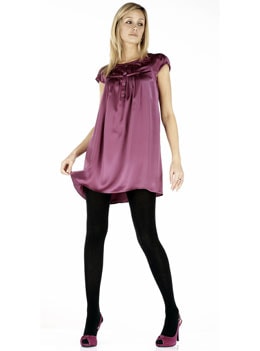