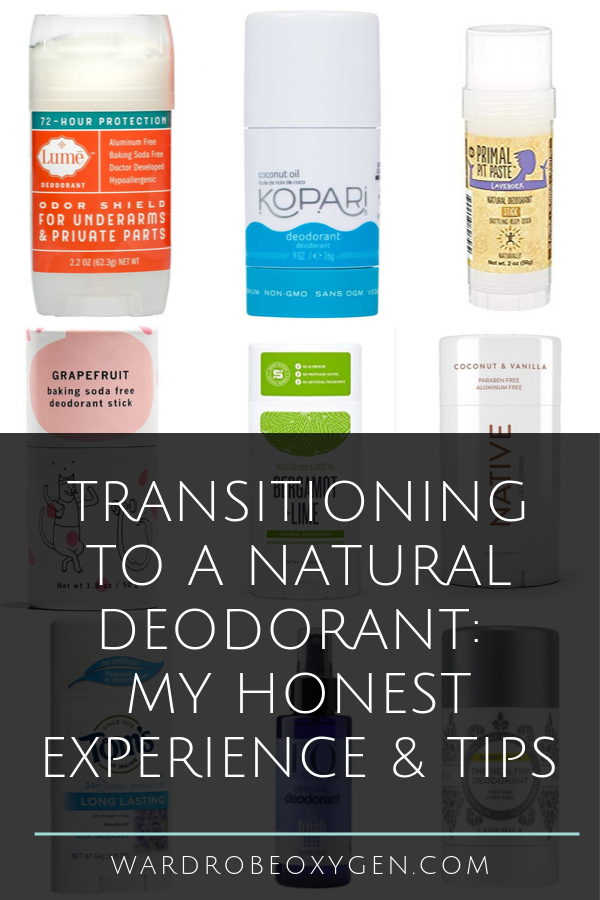 I sit here typing this grateful for a stuffed up nose. See, I’ve decided to switch to natural deodorant and I’m going through what they call the “detox period.” Not too pretty… but neither is what is inside traditional antiperspirants and deodorant. A short blip of time where I need to shower twice a day (I haven’t showered yet today) is worth it to rid myself of chemicals and metals that have been connected to cancer, Alzheimer’s, hormonal imbalances, and more. Confused?  Keep reading and follow along as I transition from decades of products to block any sort of scent or sweat no matter how lethal, to a natural alternative.

Why Deodorants and Antiperspirants are Unhealthy

Spend a couple of minutes with Google and you can find out common ingredients of most deodorants and antiperspirants and why it’s not the best idea to be rubbing them into your armpits. Parabens have been shown to disturb the body’s hormonal balance and to mimic estrogen; estrogen is said to play a part in breast cancer formation. Aluminum compounds are what is used to plug sweat ducts to stop moisture and with it odor; these compounds too have been shown to mimic estrogen and possibly form cancer cells. Propylene Glycol may cause liver and kidney damage. Silica (yep that stuff that’s in packets you find in new shoes and bags that say DO NOT EAT) is a known carcinogen. The FDA labels Tricolsan as a pesticide; yep it too is in deodorants and antiperspirants. These are just a few of the many scary ingredients that seep into your bloodstream through your armpits.

Making the Switch to a Natural Deodorant

I’m a sweaty gal and have been all my life. I can recall in 6th grade coming home from a busy day in elementary school. We had a chorus performance, an assembly, and I sat next to my crush at lunch. We in chorus had to wear black and white for our performance; I wore my favorite black and white houndstooth sweatshirt and matching knit skirt. I had on black tights and my favorite black shoes and thought I looked super grown-up. I was lounging on the couch in the basement watching TV, feeling good about my day, and my mom entered the room. She sniffed… and sniffed again. “Alison, I think it’s time to start wearing deodorant.” I was horrified, I just spent the day around so many people and I was STINKY? In 6th grade, there are few greater fears than being the smelly kid in class. I showered and my mom gave me her backup bottle of Ban. I’ve been wearing traditional deodorant/antiperspirants ever since.  On top of that, I have used Certain Dri on and off for over a decade, Sweat Block, and considered Botox to curb my sweat.

I’ve wanted to go the natural route for many years, but have been scared to do so. While I’d like to reduce the number of chemicals I absorb, I also don’t want to stink. I tried when I was pregnant but my sense of smell and sense of nausea was so strong I only lasted three days. I tried again after Emerson was born; many said that when breastfeeding your body doesn’t smell or sweat as much. Nope, it wasn’t true for me.  But as my daughter has gotten older and closer to puberty, I want to lead by example with natural body products.  I want to find ones that work well so I can recommend them when she needs them.

I did some research; supposedly the reason I smelled so awful when using natural deodorant was because my body was going through detox. Think about it: three decades of aluminum plugging my sweat glands, all those chemicals need to come out and they’re not going to smell like roses. Okay, if I can survive two weeks, I should get past the funk stage and into the natural happy camper stage.

I didn’t want to do a spray or a paste that I had to apply with my fingers. I wanted a solid stick I could rub on like I had been doing the past 30 years. Doing more research, I heard only glowing reviews for Native. Karl decided he too would go natural with me; we couldn’t decide on scents so we bought the women’s three pack for $30, which had Lavender Rose, Coconut Vanilla, and Unscented. Free shipping and the deodorants arrived in less than a week in really adorable packaging.

Native recommends putting the deodorant on when you’re clean, and don't over apply. I immediately loved the scent of the Coconut Vanilla; I’m a coconut fan.  I don't love smelling like Vanilla, but I found it was very subtle, just de-suntan lotioned the coconut smell. After one day I realized one swipe in the morning wasn't enough, at least as I transitioned.  I’d put it on after I had dried off from my shower, do another swipe at lunch time when at the office, another swipe when I got home, one before bedtime. First week was a success. I showered every morning, if I was going out that evening I’d do a pit scrub with a washcloth and soap and reapply.

Week Two… things started getting funky. Even with a good shower in the morning and a second swipe at lunch, I was still quite ripe by time I was driving home from work. Oh great, last month it was fish, and this month it’s a weird combination of metal, BO, and coconut. My coworkers must LOVE me. This doesn’t even include the funky ranky smell when I’d exercise in the morning before my shower, and that scent does NOT easily get out of synthetic activewear. But that wasn’t all; by the end of Week Two I had an itchy rash under both arms.

A bit more research and I came across Primal Pit Paste’s website. They so some pretty fabulous SEO to end up on the first page of Google when looking for solutions to rashes from natural deodorant. One of their suggestions was to try a product without essential oils. While I loved the scent of the Native Coconut Vanilla deodorant, I switched to the Unscented stick.  I also started shaving at night so I could wait at least an hour before applying deodorant.

Primal Pit Paste also informed me that I was going through a Detox stage, and this is when I would smell the worst. As I mentioned above, the body needs to expel all the built-up antiperspirants. They suggested to shower, to sweat more, and if need be, order their Detox kit.

And now we’re in Week Three and I cannot stand the smell of my own body. The smell coming from me is not body odor, but chemical in nature. It smells like a combination of metal and the inside of a jar of multivitamins. Pretty scary to think all this crap was hanging out in my pits. I am thisclose to grabbing my old deodorant but I feel I’ve gone this far, I can’t go back yet. I’m still dealing with a bit of irritation too, so this past weekend I placed an order for Primal Pit Paste’s Detox Kit. I just received notification while writing this Monday night that the kit shipped, so I will soon be able to provide an update to my transition to natural deodorant.  As an FYI, Native also carries a sensitive formula of their deodorant; I decided to try a second brand for a more balanced review and experience with this transition

My Husband’s Experience with Natural Deodorant


Remember the SlimQuick commercials? Yeah, that same experience happened with me and Karl when we switched to natural deodorant. Karl had maybe two days where he experienced more funk than before, and after that smooth sailing. No irritation, no funky chemical stench, nothing. He’s tried all three, he seems partial to the unscented but doesn’t mind the Coconut Vanilla (we both find the lavender one to be too strongly fragranced; best for big lavender fans). He likes it; it goes on relatively easily (not as smooth as a traditional deodorant but it doesn’t crumble or tug) and he is now to where he only applies it at most twice a day. I share his story because I think Native IS a good product, but may not be the best when you’re deep in the throws of detox. I’ll be sure to provide a proper review of Native if and when I am fully detoxed as well as a review of Primal Pit Paste. In the meantime, I’m off to take another shower.

Part Three: More Natural Deodorant Reviews Including One for Lume 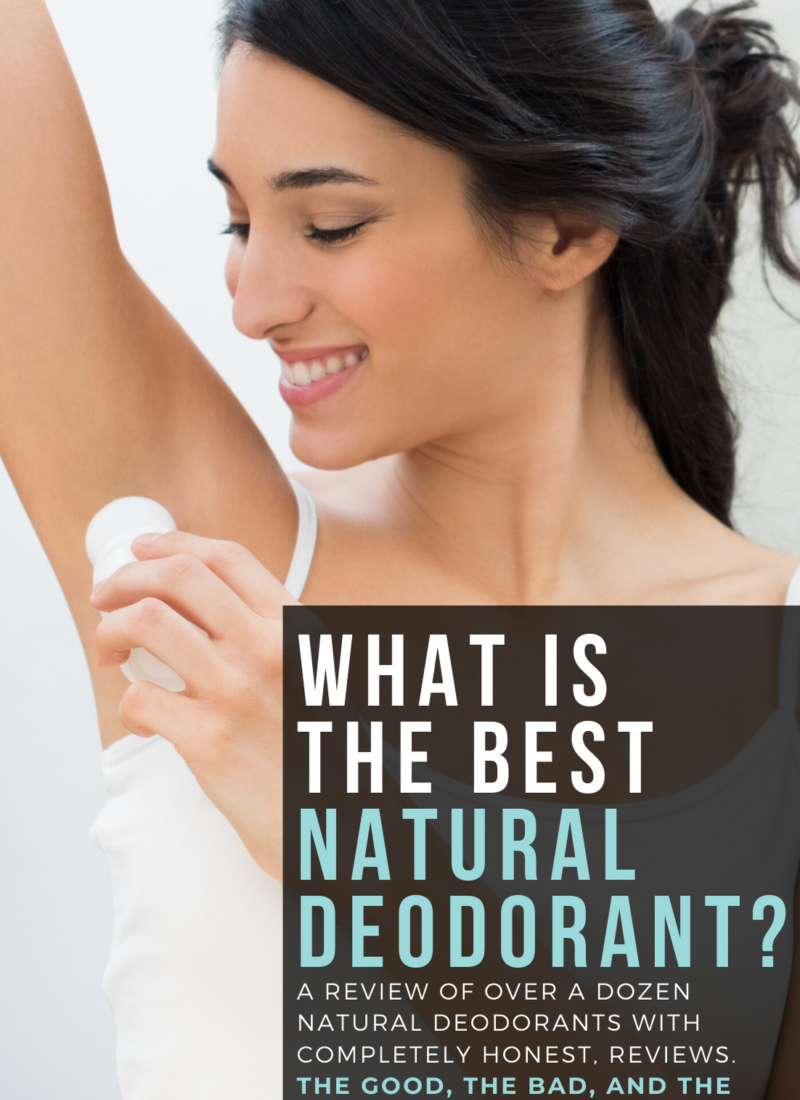 Natural Deodorants Review (Including one for Lume) 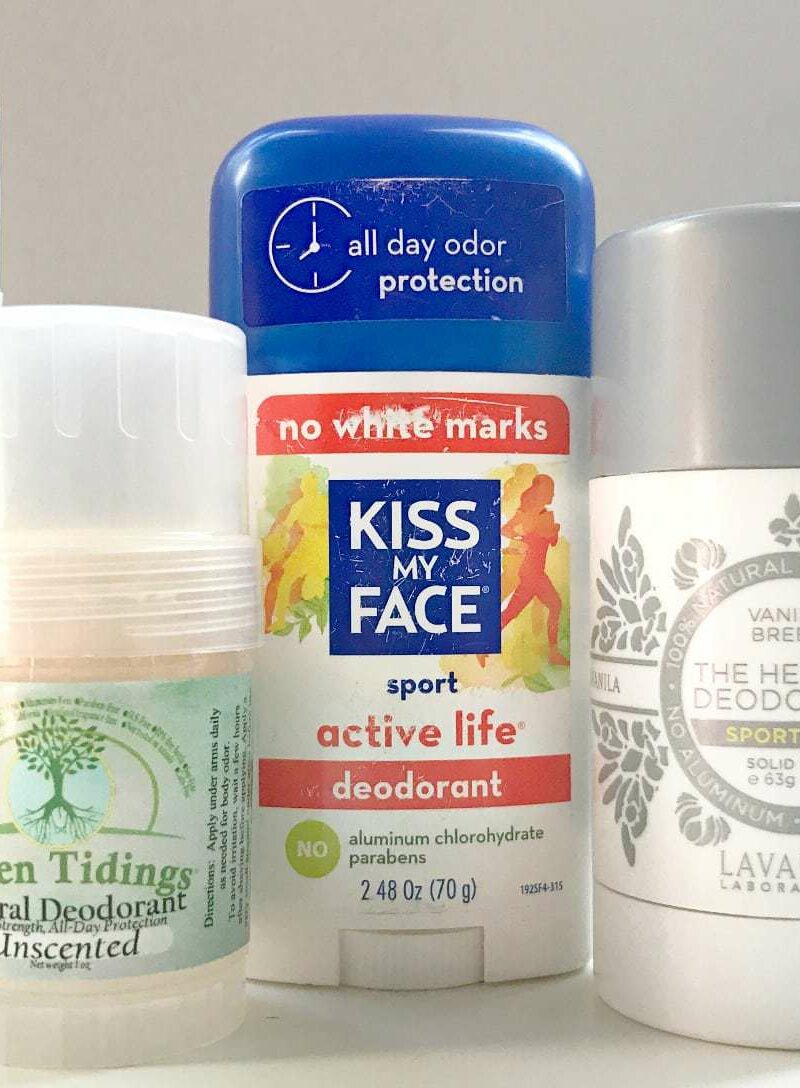 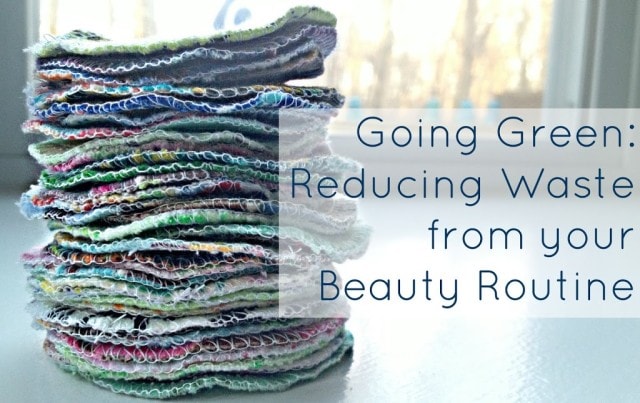 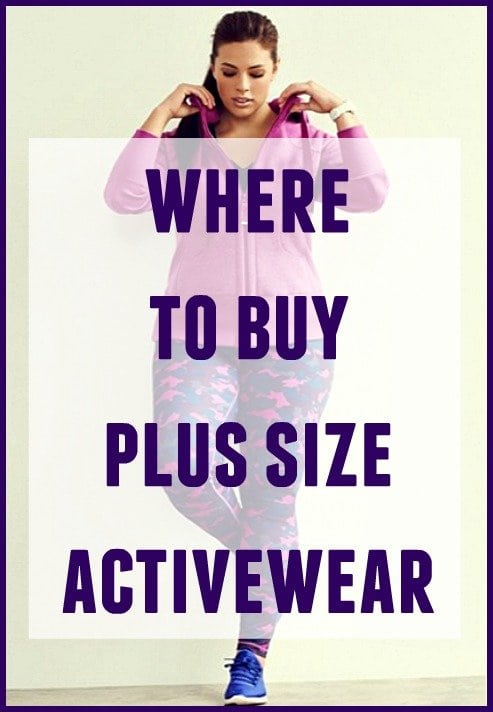 Where to Shop For Plus Size Activewear