LGBTQ+ artists and those with disabilities see Etsy as a lifeline – that’s why they’re on strike. (The 19th)

Being mean online is the same as being mean IRL. (Embedded)

Musings on the village and identity by a not-so-rich, childfree aunt. (The Remix)

This dog knows 40 commands and can play cards. A hospital hired him. (Washington Post)

When did reading become a competitive sport? (The Cut)

TikTok is testing a dislike button for comments. (The Verge)

The best skincare trick is being rich. (The Atlantic)

How life changes when your children move out. (Crow's Feet for Medium)

What's shame got to do with it? (New York Times)

Why workplaces need to actively support employees in menopause—and how they can do so. (Well + Good)

Why are people with no social media so damn hot? (Dazed)

How a forgotten bit of infrastructure became a symbol of civic pride in Baltimore. (The New Yorker)

In a vulnerable media economy, journalists are demanding ownership of their work. (Poynter)

Why doesn't the IRS just send us a tax bill? (City Paper)

TikTok is suddenly obsessed with living like a middle-aged divorcé. (Buzzfeed)

How everyone got so lonely. (The New Yorker)

We've been catching up on Killing Eve. We watched the first three seasons and never got around to the fourth until we realized our DVR had been recording it for us. Killing Eve is a series we got into late because the idea of a show about an assassin didn't sound like our thing. But gosh the cast is phenomenal, the fashion for some characters is phenomenal, and it's really funny and brilliant and shocking and just very well done.

This week my daughter, sister, and I went to see the musical Mean Girls at The Kennedy Center in DC. Based off the movie, Mean Girls the musical is really cute, has a great message, a talented cast, and catchy songs. I love the use of screens to change the background and add to the moment; I kept thinking of how screens are an investment but once you have it, it's so much cheaper and faster than creating completing sets and there is so much more opportunity.

I am so glad we went, and my daughter absolutely adored it! Mean Girls touring across the United States through 2022; click here to see if it's coming to a city near you.

Even if you don't follow such accounts, I think this is an important topic to understand. The majority of influencers are women, and the majority of those who consume influencer content are women. There is little regulation in this field, lots of competition, money, scams, and constant change. Influencing isn't going away, and even if you're not on Instagram or TikTok you're still consuming the content of influencers as brands find ways to infuse the power of influencer marketing into other media.

And even if you feel you're beyond all this, the younger generations are being more influenced by influencers than we were by TV commercials for Toys R Us, Virginia Slims, Toninos, and Coppertone. I feel it is important to be an informed consumer, and no time more than now do we have the power as consumers to understand what we are consuming, how it came to be, the business behind it, etc.

It doesn't mean you need to listen to this podcast, which really only hits the surface and is hosted by someone a little bit enamored by influencers; but consider digging a bit deeper. Those segments on that morning news show where they showcase products at a special price… that is affiliate marketing. Those articles on your favorite website about investing for women… it's likely paid promotion. The fashion marketed to you when you open Amazon, the women in that deodorant commercial, the reason you now see TV ads for brands like Jennie Kayne, that New York Times bestselling self-help book by a woman you've never heard of… you have influencers to thank for them.

This goes out to all the members of the stressed and sexy support group… here's your hype song from Lizzo to remind you that you may not be the same person you used to be (you might be better) and everything is going to be all right! 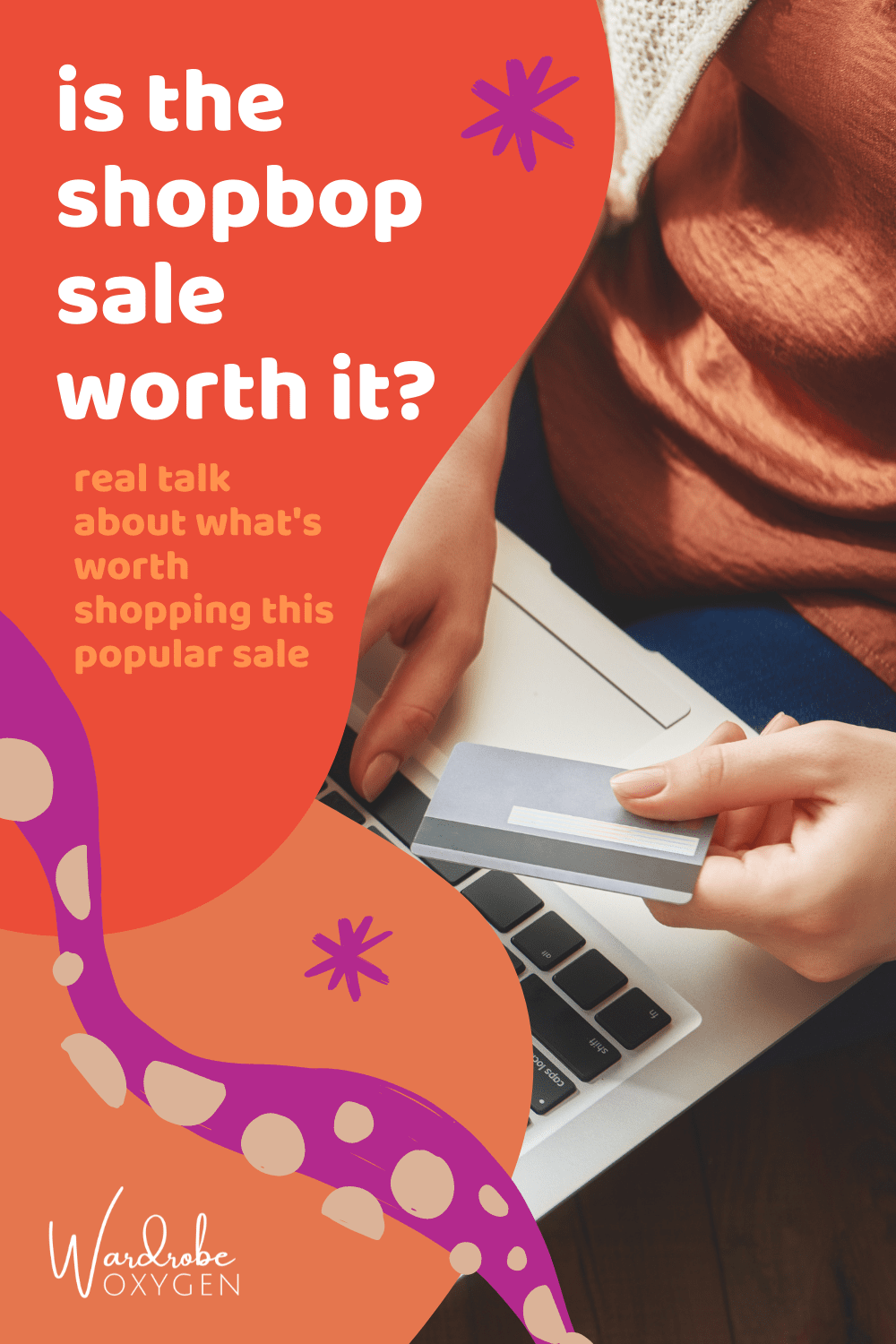 This Makes the Shopbop Sale Worth It