I’m a member of a large family. That is, I’m one of my parents’ seven children, the second oldest to be exact, and the oldest girl. My six siblings have added 12 kids of their own, so along with my mother, there are up to 20 of us in attendance on any given day. Growing up in a big family is, overall, pretty awesome. But it has its challenges too. I’m in my 40s now, and I’m still dealing with the challenges of a family so large. One of the best parts of it, however, is that it has made me the person I am today, teaching me skills I learned before I even went to college and before I got my first job.

What Growing Up in a Big Family Taught Me

Yesterday, Mike threw me a surprise birthday brunch at our house and invited all of my favorite people. THIS is really what I wanted. All 6 of my brothers and sisters are in this photo, plus most of their kids, and my mom. My heart is so full, it could burst. Thank you for taking the photo @icuimagez! (Mike’s dad) ❤️❤️❤️❤️❤️❤️❤️❤️❤️❤️❤️❤️❤️❤️ #41Savage

Skill #1: Be Compassionate and Selfless

When you’re one of seven children, it’s hard to be selfish. In fact, compassion comes easily. For instance, when Mom brings home a pizza, you know the pizza is cut into eight slices, and you learn quickly that you can only have one slice. Your greed means someone sitting right next to you will suffer. The consequence is immediately felt and visible. I was conditioned to automatically think of others. Your household becomes more than a place to sleep; it’s a unit, a collective. My all-for-one, one-for-all group think mentality was formed by the time I was in the 2nd grade.

My clothes were rarely new, but I knew I had to keep them clean and nice-looking for my younger sisters. Every decision I made—keeping my hair done, my clothes wearable, and good grades made my household run smoother and benefited everyone that came after me. (Also see Skill #4)

Happy National Siblings Day to you joints. My mom wasn’t pregnant for a couple minutes, just long enough to schedule this photo shoot with Olan Mills. Still 2 of us to be born after this photo. #CollinsMinus2 #OlanMills #NationalSiblingsDay

My dad was a driving instructor at a small school in DC, and my mom is a technical writer. (just like me!) With so little money to spread amongst us all, I was accustomed to hearing the word “No” whenever I asked for just about anything. Field trips, sports activities, new clothes, money for a movie, etc. I know now how much it costs to put a kid through any sports program, so it’s no surprise that none of us participated in any school sports. Not only that, but as soon as I was old enough, I became the de facto babysitter for every sibling younger than I, so I had to stay home. And to be fair—we all watched each other.

Whenever I would ask my mom for anything, even money for the ice cream truck, her response included a laundry list of more important items that she needs money for: the electricity, dinner, insurance, rent, etc. My parents bought our clothes almost exclusively from the thrift store. We only went to restaurants on special occasions, and then, only “All You Can Eat” spots. It became clear to me that there was no such thing as extra cash in our house. So after a while, I stopped asking for things unless I really, really needed them.

I’m not 100% sure where we were, what brother Islam was about to do and what my hair was up to. But I’m glad my youngest sister Miya was there. Btw this is the last proof that I was once bigger than her. 😂 @thelovecounselor #tbt #1989?

With so many birthdays in one family, it’s important to keep them all recorded on a calendar. But not just birthdays, it’s important to record doctor’s appointments, school events, graduation ceremonies, etc. The photo below is from a birthday lunch for my 17-year-old niece, Shae.

There are 11 people in this photo, and 9 are missing. This also means that, in addition to holidays like Easter, Thanksgiving, and Christmas, there are 20 birthdays and corresponding birthday events and/or dinners to attend every year. We try not to miss any of them, and this takes great effort. But after lots of group texts and two calendar reminders, we get to see each other’s faces on a regular basis.

Growing up, I never wanted to disappoint my mother. I understood early that she has not only seven priorities in us, but two more (herself and my dad, not to mention her job, her own 11 siblings, etc.). So if I have to be home at a certain time, or have my room clean so that we can all leave for dinner, I know that my actions, or the lack thereof, effects everyone else. My mom would worry and start looking for us. Or our whole timeline for a fun day at the water park could be shot because I was lazy or distracted. And now, everyone in the house would be mad at me because I was late. I don’t need that kind of pressure, so I did as I was told. Not only that, I’m the second child, and the oldest sister for all of my sisters, so I’m an automatic role model. It doesn’t matter if I make good decisions or bad ones—they’re all looking at me. So I tried to make the best decisions I knew how because I would never want anyone to make a bad choice because they saw me do it first.

Also, growing up with nine people in your house is kinda like, well, a little village. So when one of my brothers got in trouble at school, the gossip easily spread through our village. Once, one of my brothers got caught climbing out of the window of his girlfriend’s bedroom at night. We yakked about it in the house for days. I’m sure he was sick of it, but it was like that for everything. One of my sisters got expelled from school and we still talk about that, 20 years later! What this taught me was to own up to my actions, and talk about it openly so that there’s less to say about you when you’re not around. I still do this, and although it’s not always easy, it builds integrity to own up to your mistakes, and it’s 1,000 times better than thinking that your own folks are talking about you all the time.

Skill #5: Invest in Your Community

Have you ever needed your hair done, or your grass cut, or a babysitter? And then have you racked your brain to find someone to do these things until you realized one was sitting right next to you because it’s your brother, sister, or cousin? It took me a while, but that’s one of the things I love most about having a big family. We all pay for services like this, so you have a choice: Would you rather pay someone in your family or a stranger? I’d choose a family member every time because they’re 100 times more accessible and I’m happy to keep money within the family. My cousin has a contracting company in Virginia, and he remodeled my brother’s basement. My sister braids hair. My brother and sister-in-law are our de facto doctor and nurse. And I’m the family photographer.

I have a 20-year-old nephew that I’ve been paying to do odd jobs for years. When he was a teenager, he could’ve been very typical and called his Aunt Sana to ask for money for frivolous teen activities like going to the movies or eating out. He has never, ever done that. Instead, he calls and asks how he can earn it, and sometimes I have to literally make up a job that he can do to earn it. I get to spend time with my nephew, he has a key to my house and I never have to worry about a stranger in my home when I’m not there. He learns to be self-sufficient. He understands the value of money that he earns, versus money given to him for nothing. I would probably give it to him anyway, but this is WAY better. Giving to your family is like giving to yourself. We both win.

We all grew up in Landover, Maryland in the '80s and '90s and did everything together. When I was 14, my next sibling was my sister, Soiyete, 13, and the next was my sister Jossame, 12. We were three peas in a pod because we were so close in age. Hanging out with the two of them subconsciously taught me two things: to be an individual and to be a leader. We didn’t all have to dress alike or wear our hair the same (although I’m sure we did sometimes), but at the same time, we definitely wore each other's clothes.

I’m sure this wasn’t a conscious effort, but I never wanted my younger sisters (or brothers, for that matter) to see me do something that I wouldn’t want them to do. I felt responsible for them. I’d never want to get into trouble with my parents, and since we were always together, usually if one of us got into trouble, we all did. We stayed out late and went places we weren’t supposed to go (bad neighborhoods, boy’s houses, etc). We made mistakes, but we did it together. We weren’t in the habit of leaving each other to go it alone, and we made sure to look after one another.

Looking after one another has never ended. We still do it today, and we pass that on to our children, nieces and nephews. My nieces and nephews, cousins to each other, are almost as close as siblings since we see each other so often. I can see the older ones acting as role models to the younger ones. I see them watching each other’s backs and keeping each other out of trouble. Our little village isn’t perfect, but it’s the best thing on the planet to me. I wouldn’t trade it for anything.

Insana Collins is a writer and photographer in Silver Spring, Maryland. She’s a University of Maryland journalism school grad, and lover of all things fashion, travel, and motorcycling. See more of her posts at www.insanalive.com. 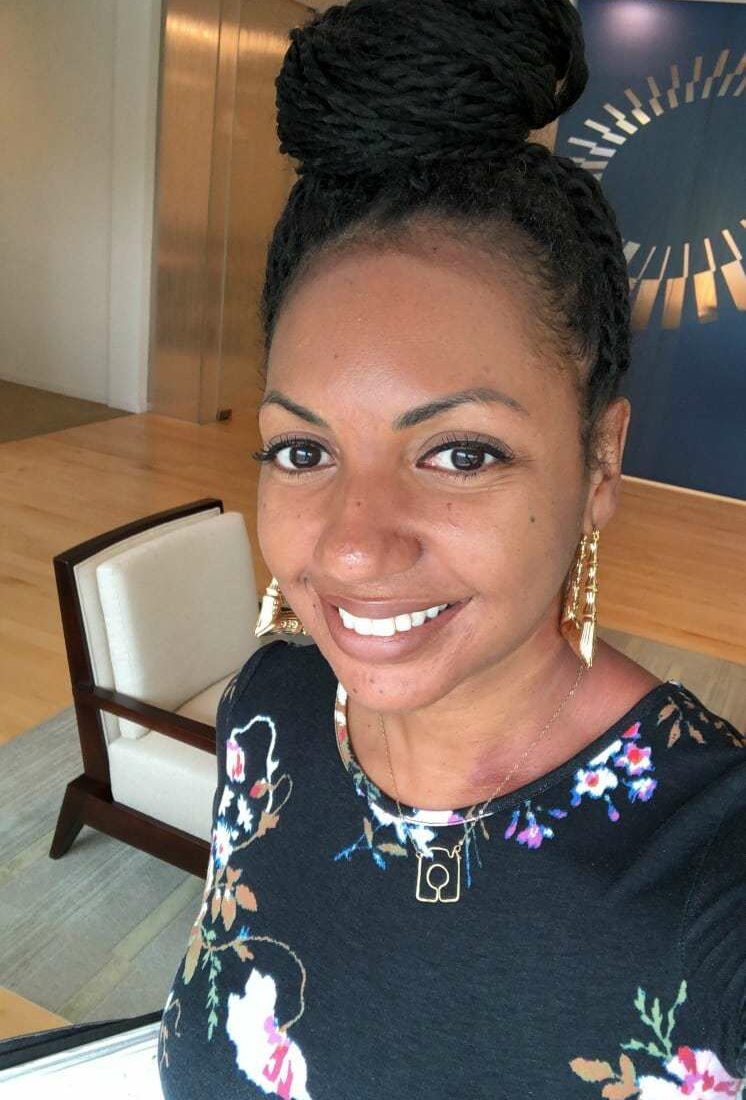 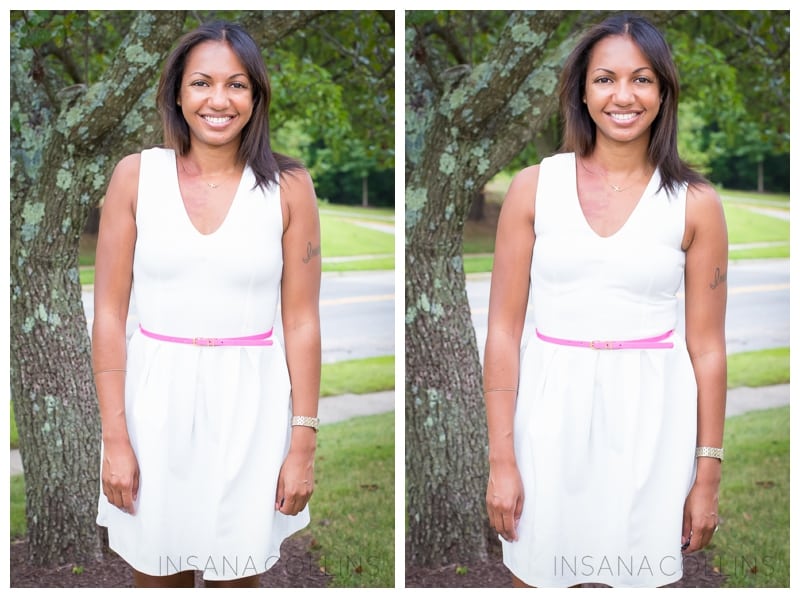 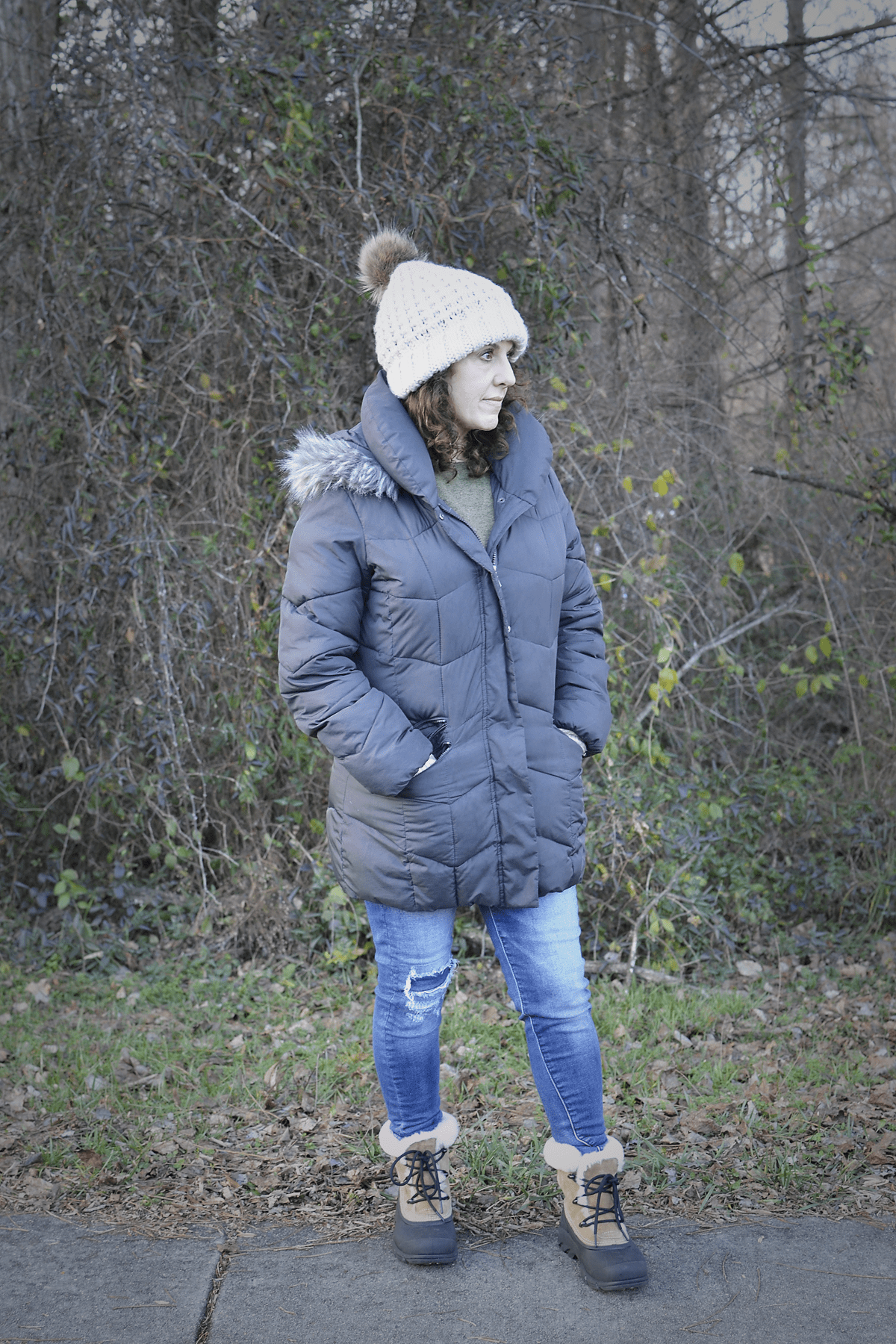 My Winter Must Haves