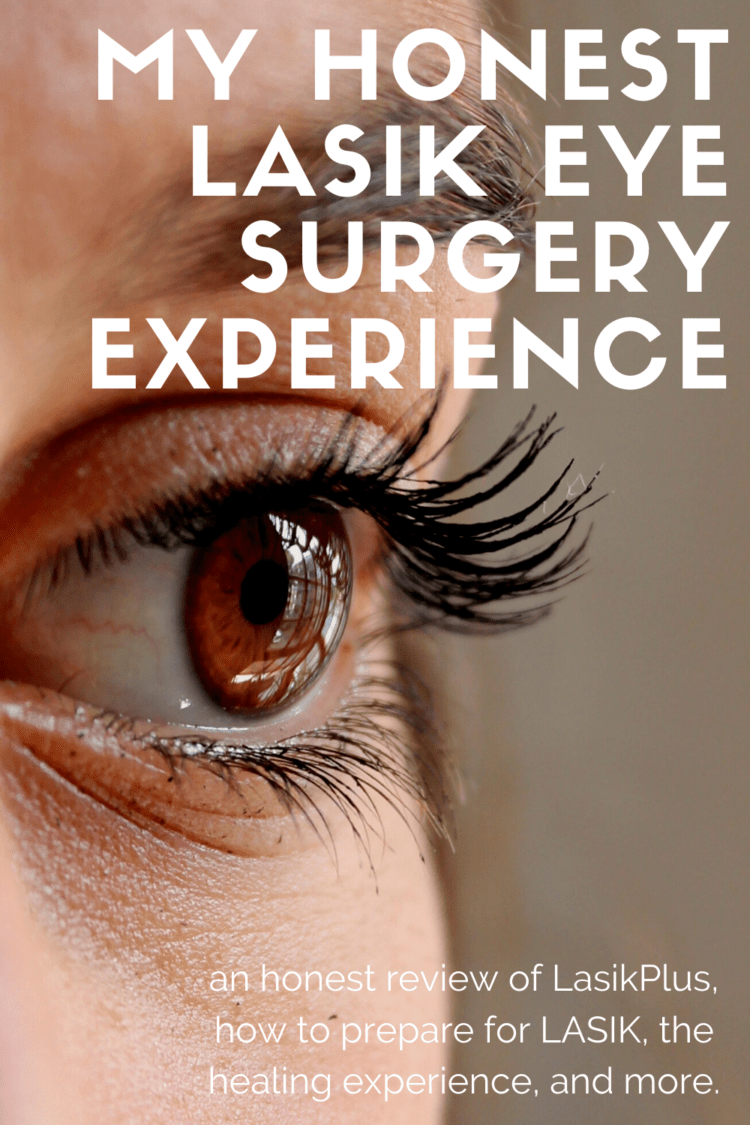 I’ve worn glasses since I was in 6th grade. I had to get them for being nearsighted as well as astigmatism. I always hated glasses. They made me feel claustrophobic and always slide down my nose. I would rather quint or miss out on life than wear them. And squinting and missing out is what I did the majority of my life. I had glasses for class, for driving, for going to the movies but the rest of life was a blurry fog. That was, until I got married. There was no way I was going to walk down that aisle and not see what was ahead of me. I got engaged, and I got contacts. And with contacts, my eyes became completely reliant on prescription lenses. 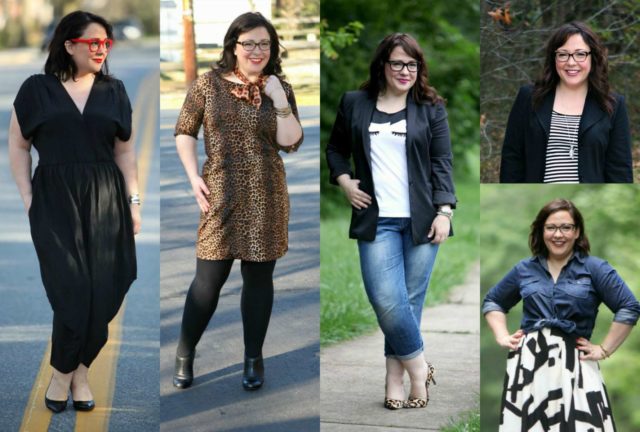 There were many times I cursed contact lenses. That time I had to pee in the middle of the night at Bonnaroo and couldn’t find my glasses and tripped over a tent stake. How I lost all my skill for swimming laps, something I truly enjoyed and a rare sport I excelled in. When my arm was broken and I couldn’t get them into my eyes. When I got my contact stuck in my eyes when my arm was broken and my best friend was a badass enough human to take them out for me. And those times when they’d tear, get lost up in my head, dry up and pop out, not go in no matter what I did, get makeup on them, and in general make my life more difficult.

But I didn’t really consider LASIK. Coworkers got it, relatives raved, but I stuck to my contacts and occasional glasses. But then that badass bestie who stuck her fingers in my eyes to help me with my contacts got LASIK. She had worse vision than I and the change in her was extraordinary. When Karl told me he’d rather I get LASIK than spend money on any home renovation or vacation I knew it was time. My best friend went with Dr. Sonny Goel from LasikPlus and had no bad things to say about the experience. She’s a researcher and has high expectations, so if she was pleased, I knew I would be too and didn’t research any other doctors. I made my appointment for a free consultation the last week of 2016.

My Lasik Experience at LasikPlus

I went to the LasikPlus location in Columbia, Maryland. The office is on the main floor of an office building right behind the Nordstrom at Columbia Mall. It’s extremely spacious, extremely clean, quite modern, and has a fun Flavia coffee maker. At my consultation, I wore my glasses. They checked my eyes not just for prescription but health and checked my glasses for their prescription. Like a traditional eye exam, you will get dilating drops and will need to wear sunglasses (they also provide a tinted insert for your glasses).  Based on their assessment, they recommended the standard LASIK procedure. When I said I was interested in continuing with the procedure, they took me to the counter to discuss next steps.

The woman behind the counter was super kind, friendly, and informative. I never felt rushed. We chatted and when she found out that Karl was a veteran, she gave me a military discount. I also received a discount for having insurance (my insurance does not cover LASIK). The price still was a bit over $3,000. I was told about CareCredit, a healthcare financing credit card. The card has 12 months interest-free, and the payments are set up so you do pay 100% of the cost off before the year is through. If you choose to use this, they can do approval right then and there.  The office also sells the preservative-free drops you need to put in your eyes for several weeks after your surgery; I decided to buy from them instead of worrying about it later. We made my appointment for the next week, January 5th.  I left with a packet full of instructions, appointment cards, prescriptions, and FAQs.

I could not wear contacts for at least five days before the surgery; they told me I could wear them for New Year’s Eve but not past that. They also gave me two prescriptions for eye drops – one a steroid, one an antibiotic. These were easy to fill at my local pharmacy. On the day of the procedure, I refrained from perfume, makeup, and any scented lotions or hair products that could interfere with the lasers. Karl drove me as they said I wouldn’t be able to drive myself home. I brought the prescription eye drops.

Before the procedure, they checked my eyes once more. A staff member sat down with me and gave me a zippered pouch. In it were sunglasses, clear plastic discs, and a roll of medical tape. She walked me through all the contents as well as my prescription and preservative-free eye drops. Sunglasses all the time for at least two days, then afterward when outside (no need to wear the ones they give you, any sunglasses will do). The plastic discs and medical tape were eye shields I had to wear when sleeping so I wouldn’t accidentally poke my eye or damage myself. The prescription drops had a schedule she went over but also had on a sheet of paper she folded into the pouch. The preservative-free drops were to be used hourly. They’re individual vials but there’s enough in each vial for two sessions. I was then given sleeping pills and a glass of water. This is to encourage a nap post-procedure so I can let the eyes heal.

They gave me a hair cap, I gave Karl my purse and phone, and I went into the procedure room. Dr. Goel escorted me and reassured me. The procedure room at the Columbia location is like a fishbowl; if your loved ones wish they can watch every aspect of your LASIK taking place. I thought I was chill, but at this point, I was so nervous my feet started cramping up. There was the doctor and two other individuals and they were playing Bruno Mars. They asked me to lie down and clearly explained every aspect of the procedure. Your eyes are numbed so you really don’t feel much, it’s more like pressure. I have to say the procedure was uber creepy. You’re looking at green and red light beams and you see them go from a dot to the shape of your iris and then your vision goes completely grey (not black) and then back. The pressure feels as though they’re pushing your eye out of its socket; it doesn’t hurt but you’re sure glad there’s no mirror for you to see how Clockwork Orange you may look at that moment. The table I was on swiveled me to another machine. This machine also didn’t hurt, but you smell burning, which again, super awful when you think it’s your eye that is being burned. I was moved to another table, the procedure was wrapped up, and I was escorted out of the room. I think the whole thing from entering to exiting the room was less than ten minutes. I felt woozy, but it likely was from fear, lack of morning coffee, and the sleeping pills kicking in. They congratulated me and told me to go home and rest.

FYI, medical tape and moisturizers don’t mix. Don’t decide to slather your face and take a beauty nap after your procedure. Also, it’s easier if someone else helps you tape on your eye shields. I didn't take a picture with my eye shields but there's plenty of photos on Google Images.  My sleep was fitful and felt drugged, but I pushed through and wouldn’t allow myself to open my eyes to give them the healing time they deserved. When I woke, I could see, but things were a bit fuzzy/had halos. I was religious with the eye drops. That night, I had crazy dreams about my eyes.

The next day, I could see well enough to drive. And I drove around town looking like some sort of diva in my sunglasses (see the look here). That morning I went in for a checkup, they said all was healing nicely and my vision was already 20/15. I felt a bit foggy, and there were still halos around lights. I was scheduled to work from home that day but the weird vision on top of being under the weather, I ended up taking a few hours of PTO to rest up.

That was January 6th. I write this two weeks later and there’s a big difference. The change came slowly. Behind our house are woods. Often Karl will look out and see deer or a fox. We’ll end up spending a good five minutes trying to get me to see it. See that X of branches to the left of the toolshed? Look through there back about 50 feet. A bit to the left. Hey, try standing here. It gets us both frustrated, I always figured it was because he was a different height and saw things at a different angle. Then this past weekend, “Hey Alison, look out to the right, see that group of deer?” He didn’t have to explain where they were, I could see through the brown ground, the brown trees, the brown branches, five slowly moving brown bodies. “I see them, there’s five of them… one just flicked his tail!” We took a walk around the lake and I was in AWE. Look at the lichen growing on that tree! That branch in the woods looks like an antler! Did you see that bird? Karl was cracking up, I finally could see all the detail in life that he had always seen. Detail I didn’t know I was missing, detail I thought my contacts captured.

I have little plastic tubes all over my desk and home from eye drops. I’m still hesitant to wear waterproof or long-wearing eye makeup because I don’t want to rub my eyes. My eyes are still a bit sensitive to light and I wear sunglasses outside, even on cloudy days and have lowered the blinds on the window wall of my office at work. But the results are awesome. More awesome than I could have imagined. I had no idea what I was missing.

Questions I’ve received since having LASIK:

If there are any questions you have that I haven’t addressed, let me know in the comments. I’m happy to share my experience! 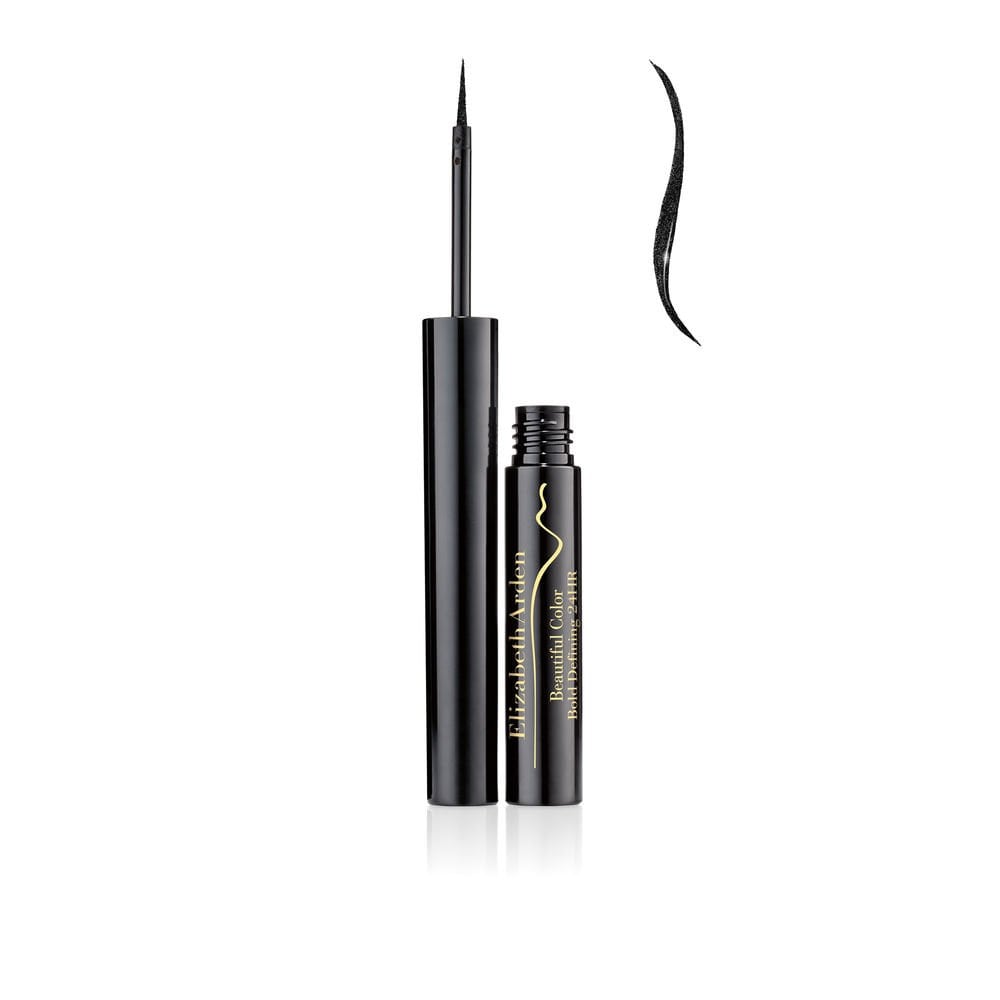 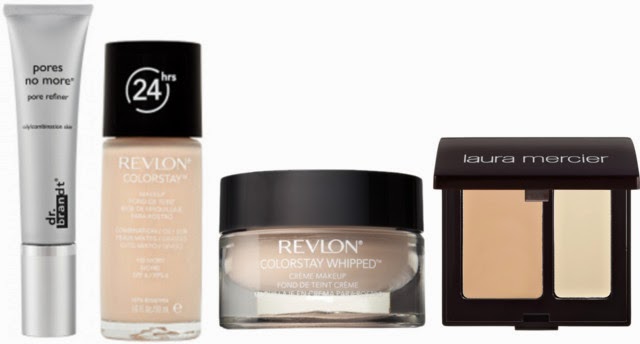 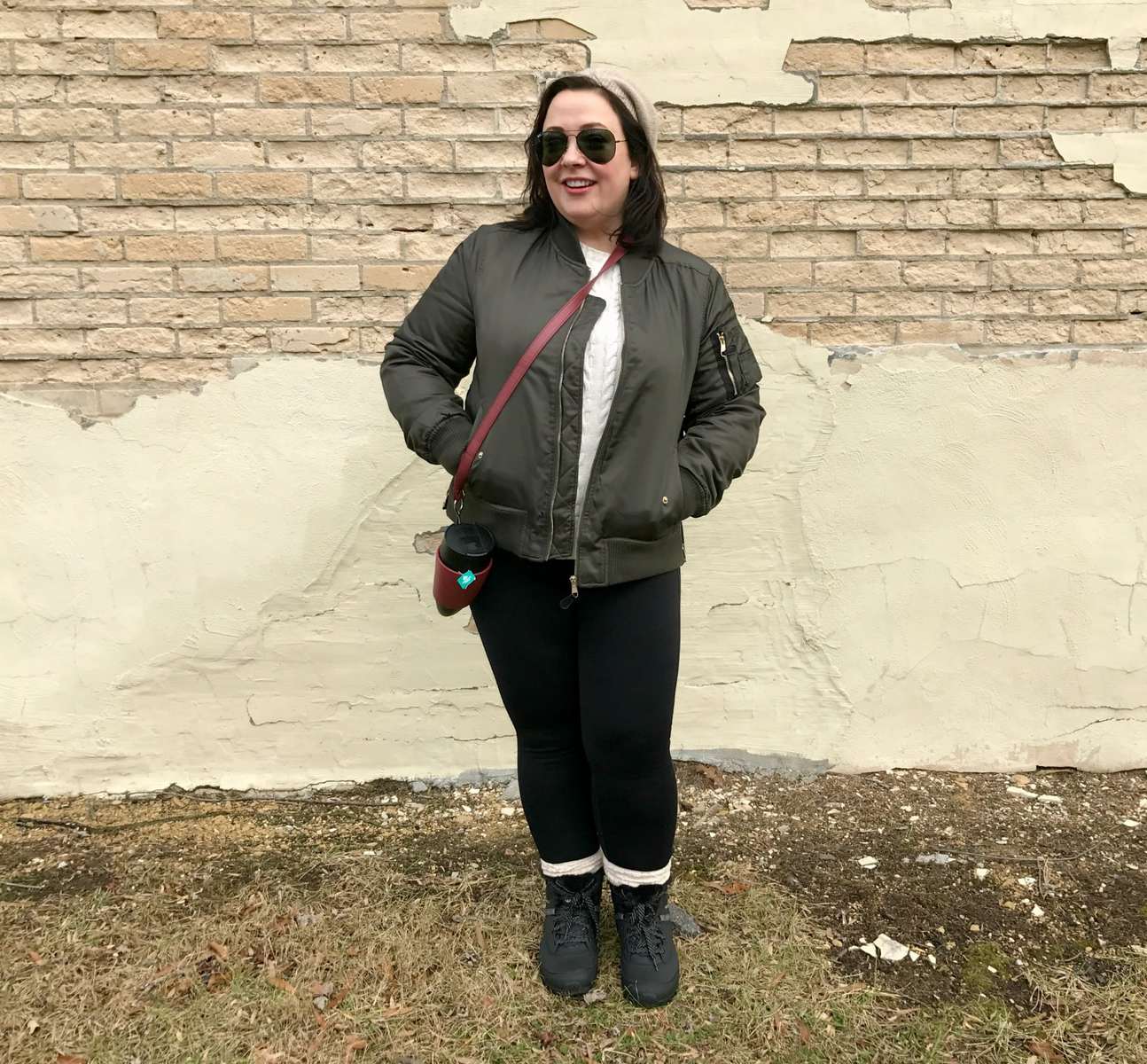 What I Wore: Test Drive