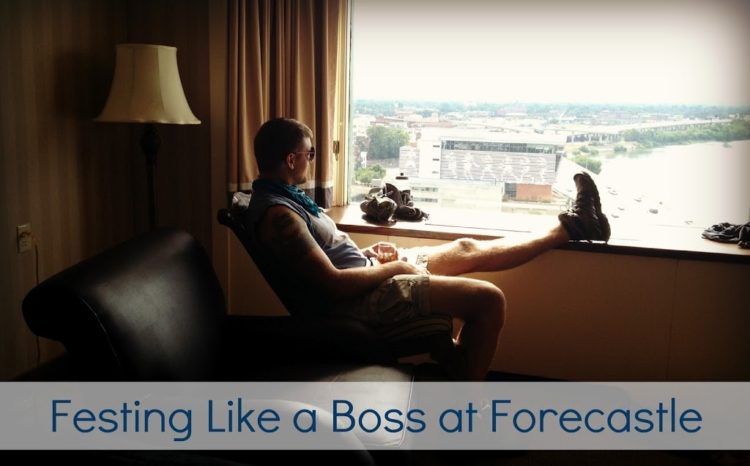 The image I added to my 2012 Forecastle blog post recap. I wanted to frame this photo but the only version I can find in my archives is this one I wrote over for the recap.

They say your brain remembers memories better when you’re not taking a photo, but I think standing behind the camera helped to fuse this image into my brain. Karl, blue bandana tied at his neck, sitting in a chair with his foot up, a glass of bourbon in his hand, enjoying the view from our hotel room of the Ohio River before heading back to the Forecastle Music Festival. I took his photo, he turned to me and said, “This is festing like a boss.” This became a phrase we use when we do anything well, when we level up. 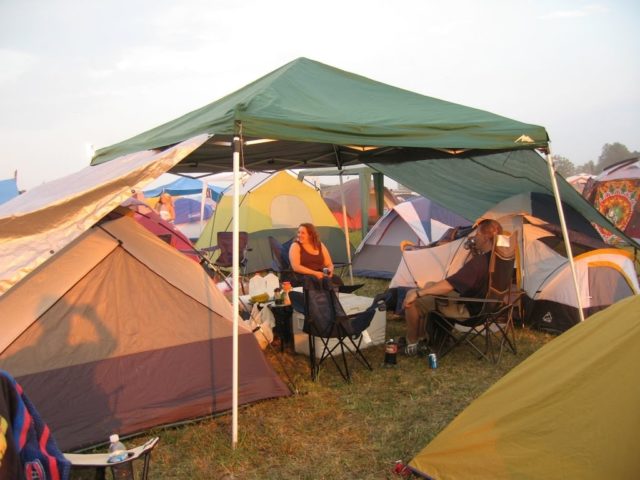 Our first Bonnaroo in 2007; even with Inforoo and blogs we were still woefully unprepared.  However, we had such a great time we kept returning.

We started our festing journey at Bonnaroo with a dome tent and a single EZ Up. Each year after we leveled up (big thanks to the amazing people of Inforoo) to where we were VIP camping with Amy Grant as our neighbor cooking up breakfast burritos. At the Forecastle Music Festival, where the term was coined, we were staying at a hotel walking distance from the festival and somehow scored VIP tickets when we entered the first night. We did the GA camping with no running water and no shade; we worked hard and prepared and now we were festing like bosses with air conditioning, hot showers, a king-sized bed, and ice from our mini-fridge for our bourbon. 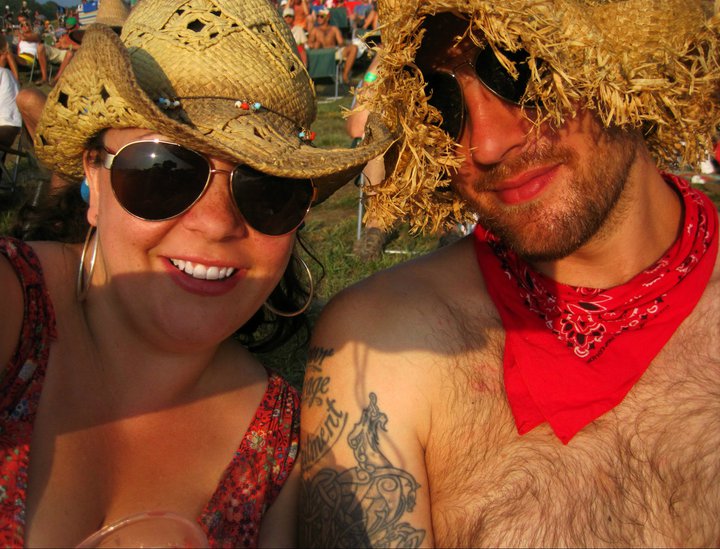 But as we leveled up, we also aged up. Even with festing like bosses, we’d come home broken. Often getting what was known as Bonnaflu, we’d be sick for days after, coughing up dust and feeling as though we were hit by a truck. My husband decided we were just too old for festivals and said at 40 years of age he’d prefer watching a show from the comfort of his couch with his big TV and surround sound than deal with crowds, heat, chaos, and the Bonnaflu. I persevered, believing it was the kind of festival, not my age. 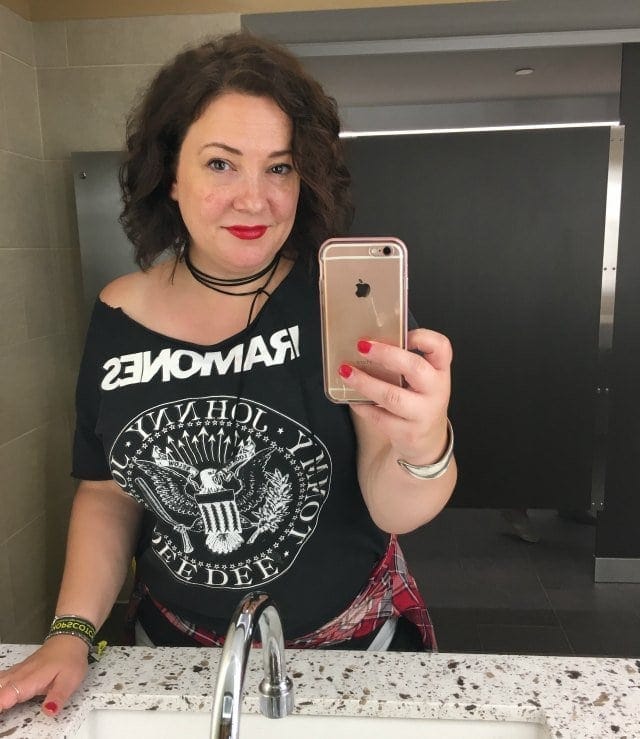 The last night of the Hopscotch Festival – I looked good but I felt terrible and left right after this photo.

So in 2016 when my friend Nicole asked if I’d like to attend the Hopscotch Music Festival with her I said yes. Instead of a field holding several stages and tents, shows were in venues across downtown Raleigh. We arrived by train so we wouldn’t be worn out from the drive, we stayed in a hotel, we planned our schedule so well we saw most shows on the rail or leaning against the stage. Between sets, we dined at James Beard Award-winning restaurants. We fested like bosses yet I still came home broken. Just walking to get our passes I destroyed my feet with a poor choice in footwear. Before even getting to my hotel, I had a bag with $1,500 worth of stuff stolen. I came home tired, damaged, poor and it destroyed the rest of the month and trickled into the rest of the year. I had a great time, but I regretted going and it was a bit “I told you so” from my husband. 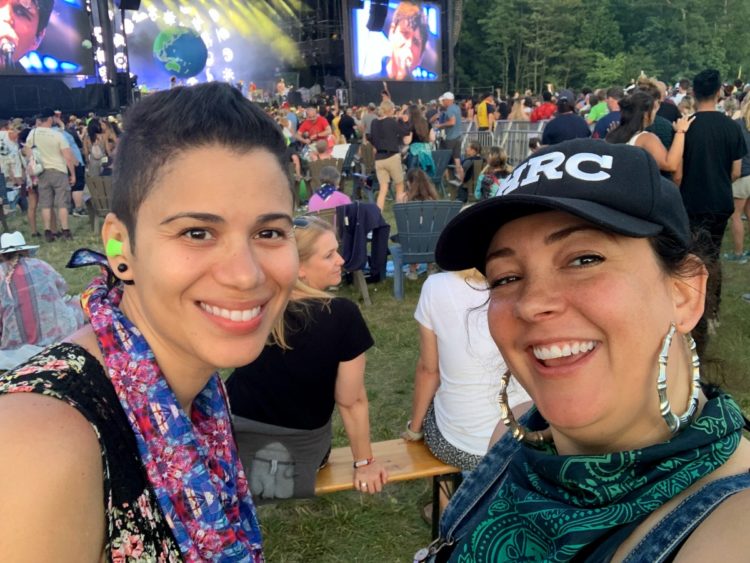 Firefly 2019 with my friend Nicole: a little selfie during Vampire Weekend from the VIP section

Last month I attended the Firefly Music Festival in Dover, Delaware to prove I could. When Nicole asked me to attend, I didn’t hesitate with saying yes. Returning to music festivals after three years was like completing my first marathon. I TRAINED for this. A year after Hopscotch, I quit my job because life, in general, left me broken. I changed my life to focus on my mental and physical health. I was 15 pounds more and three years older but I KNEW I was ready. 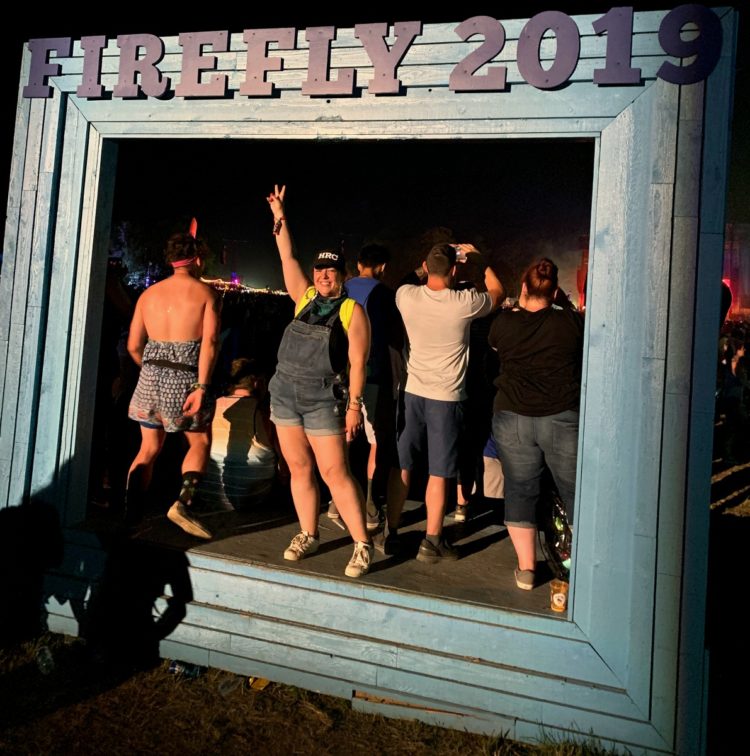 We fested like bosses, over-40 style. We spent the money on VIP tickets so we wouldn’t have to fight crowds for a good view of the big stages, have all the water and shade we need, and toilet trailers instead of porta-potties. We drank a ton of water all day and were completely sober before 11pm each evening. We stayed at a very ordinary hotel but it was only a mile from the festival grounds. After experiencing the walk from parking to the festival gates, we splurged the next days with a pedicab ride. And I came home energized, proud of myself, and not at all broken. No blisters, no sunburn, no knee or back pain, and no Bonnaflu. And stay tuned, I'm finishing up a complete review of the weekend!

It’s easy to say that certain things are no longer for us because we’ve aged out. But this taught me that it’s not age as much as it is condition.

Bonnaroo 2007 seeing The White Stripes: I was filthy, unshowered, sticky, had a rash on my ankle, blisters on every toe, quite intoxicated yet at age 32 I had a blast.

When I was in my early 30’s I could drive 12 hours to the middle of a field, sleep on a rock-hard ground, have no running water or electricity and makeshift a sunshade from a mylar blanket and some bandanas while completely hungover and have a great time. Now that I am 44, none of that sounds like fun. But I realize now that I am back in festing condition, it’s not about pain and endurance, it’s that with age comes wisdom and yes, finances. I now can choose to sleep in a bed instead of a sack. I know now that if I show up at 11am I will be sunburned and sleeping by 8pm. That festing like a boss goes beyond a great view and a glass of bourbon. And that health truly is wealth. 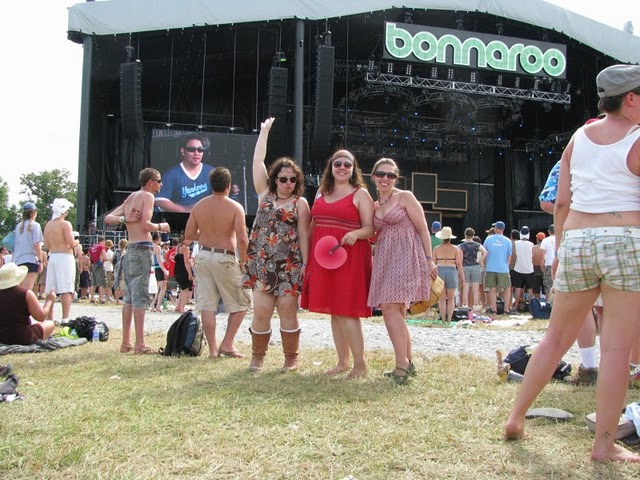 Bonnaroo 2008: The only year I didn't get Bonnaflu, likely because I was pregnant and spent a majority of the festival napping and drinking water.

I’ve written many times about my health journey in the past year and a half. I go to a gym near my house every weekday morning and work with a personal trainer. We focus on weights; he realizes my personal goal is strength not size. My diet keeps changing as I get better listening to my body, fueling it for workouts and activities like music festivals. I strive to find time for stillness and sleep to keep my mind in optimal condition. And I drink a lot of water. I’m typing this looking at my empty 32oz. bottle wanting to race through this paragraph so I can go refill it for the fourth time today. It's become a thing. 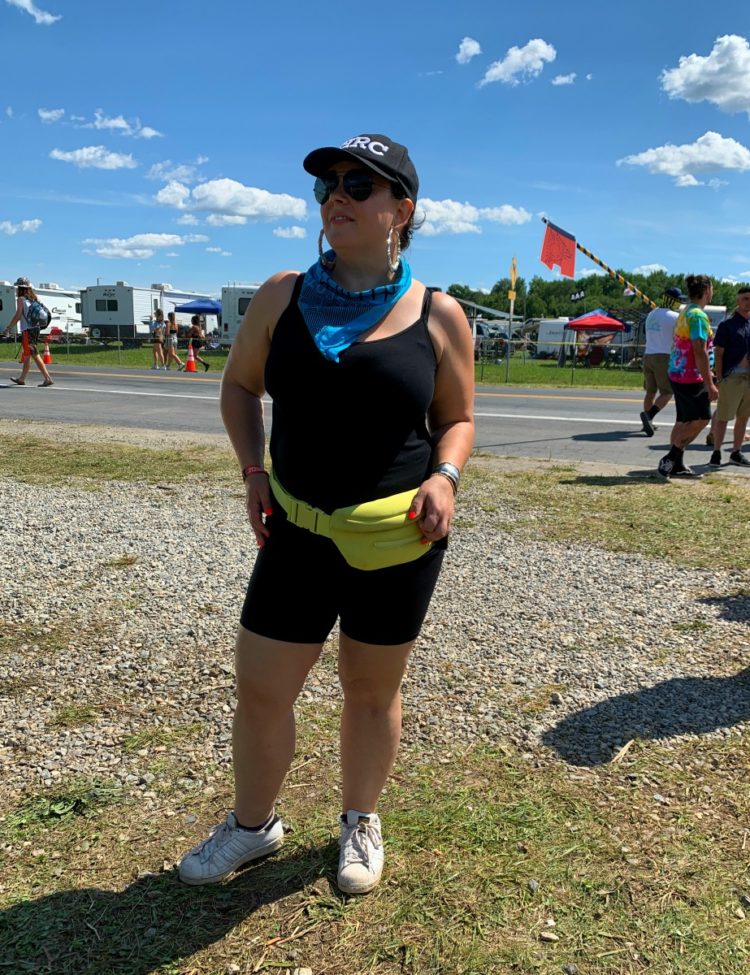 Feeling strong and fierce in 2019 at Firefly Music Festival. This is 44, festing like a boss and not ending up broken!

When you make a major life change, it feels good, but gosh it feels great to PROVE it. Get that degree, pay off that last credit card, complete that marathon. I feel great for the changes I’ve made and the new direction I am going in. But Firefly was my marathon and it felt amazing to prove that I could do it, and do it well. THIS is festing like a boss.