Winnie Beale had on a worker’s peaked cap, properly tilted over one eye, and the squarish, broad-shouldered suit offered by Schiaparelli that was popular for communist events. Elsa Schiaparelli had journeyed to Moscow in 1935 to observe the workers’ styles that would, it was felt, now take precedence in the fashion world.
– Alan Furst, Night Soldiers, “Paris, 1937” chapter

There’s an assumption, I think, that American designers were the first to tend towards the utilitarian, particularly during the austere times between World War I and World War II. We know the Rosie the Riveter images and the new work wear’s practicality. Those preferences, though, made it to the runway most famously in Paris, and at Elsa Schiaparelli’s  normally surrealist direction. Suiting had already come up in hemlines for wartime, but Schiaparelli put down the lobster and the lips in the late 1930s. She played – I’d like to think pointedly and with an entrepreneur's sense of what would sell – on the garishly rich’s proclivity for fashionable political protest, and took the Soviet uniform to new heights. Schiaparelli’s Paris workshops reportedly produced nearly 10,000 garments annually, many in the silhouette many of us now appropriate and think of as a “safari” jacket, or even the military jackets we’ve seen on recent runways. 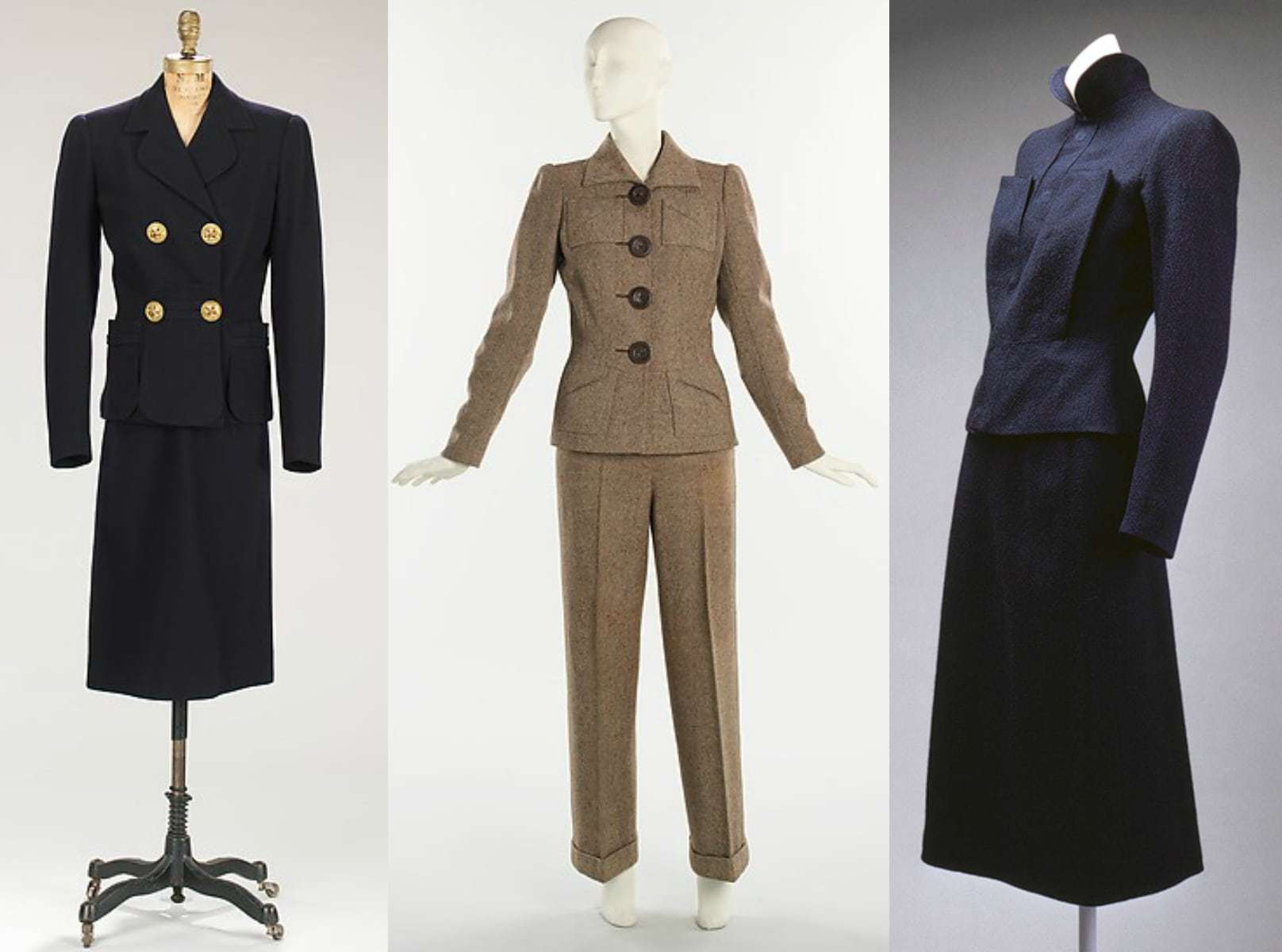 More dark and stormy nights (and not the kind over ice, though those are delicious), and a few wars earlier, a design house known to most Brits, but to few others, laid claim to an item on every “Things You Have to Have in Your Closet” list: the trenchcoat. Granted, the interwebs debate who had the first one (Burberry also has a stake in the historical market), but Acquascutum’s case goes back to the 1850s. Unlike Schiaparelli turning the communist egalitarian ideal into a couture, and therefore elitist, symbol of social and financial prowess, the trenchcoat was an entirely practical garment. Founder John Emary turned his patented waterproof fabric into the first version of today’s trench, an overcoat for British soldiers in the first World War. Can’t you just hear the forbidden song playing in the background, as Rick and Ilsa stumble awkwardly through meeting again?

Ilsa: I wasn't sure you were the same. Let's see, the last time we met…
Rick: Was La Belle Aurore.
Ilsa: How nice, you remembered. But of course, that was the day the Germans marched into Paris.
Rick: Not an easy day to forget.
Ilsa: No.
Rick: I remember every detail. The Germans wore gray, you wore blue.
(Casablanca, quotes courtesy IMDb) 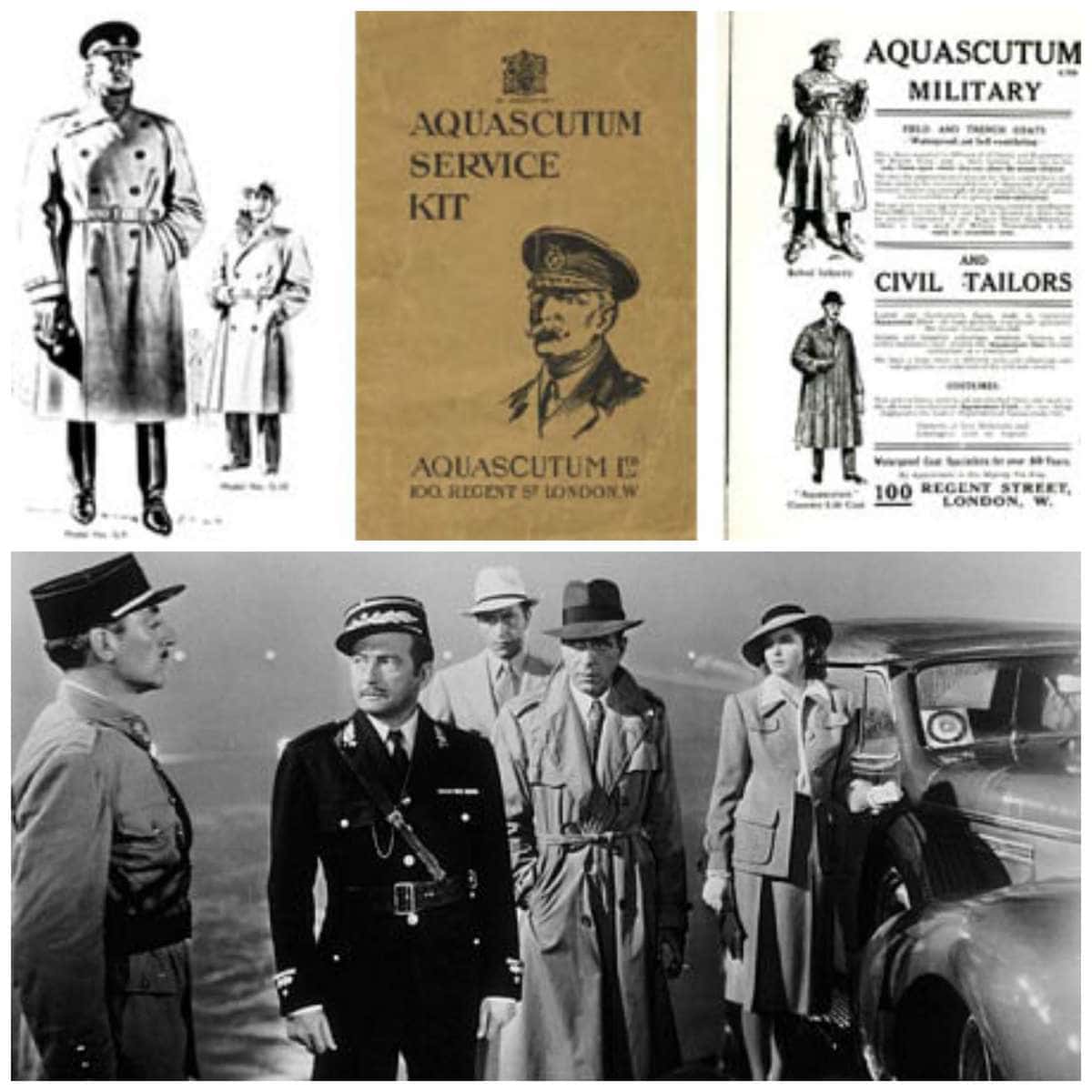 As ubiquitous as the trench and the military-inspired suit, but possibly more groundbreaking, given its place in fashion and women’s history, is Diane von Furstenberg’s wrap dress. Admittedly, the “DVF” name and brand is much more of a household name than either Schiaparelli or Aquascutum. That being said, von Furstenberg did something neither other fashion house did. A couple of things, really. First, von Furstenberg wasn’t a known designer. She wasn’t backed by a known label, nor did she have the power of a historical brand behind her first pieces. Reportedly, von Furstenberg took the training she earned as an apprentice for a textile maker, a $30,000 investment, and presented her revolutionary jersey dress to Vogue. On top of that balls-to-the-wall savvy, von Furstenberg did something else radical. She didn’t borrow a shape, a design, or even a detail from any existing walk of life. She answered the women’s movement with a decidedly feminine uniform for taking on the boardroom; the wrap dress honored and even flaunted a woman’s body, instead of hiding it or adding to it (as the next decade’s shoulder pads would do). “I dare you,” the wrap dress said. Guess what? We took the dare. 30-some years later, it’s still in heavy rotation, an easy, stylish go-to in many women’s wardrobes. 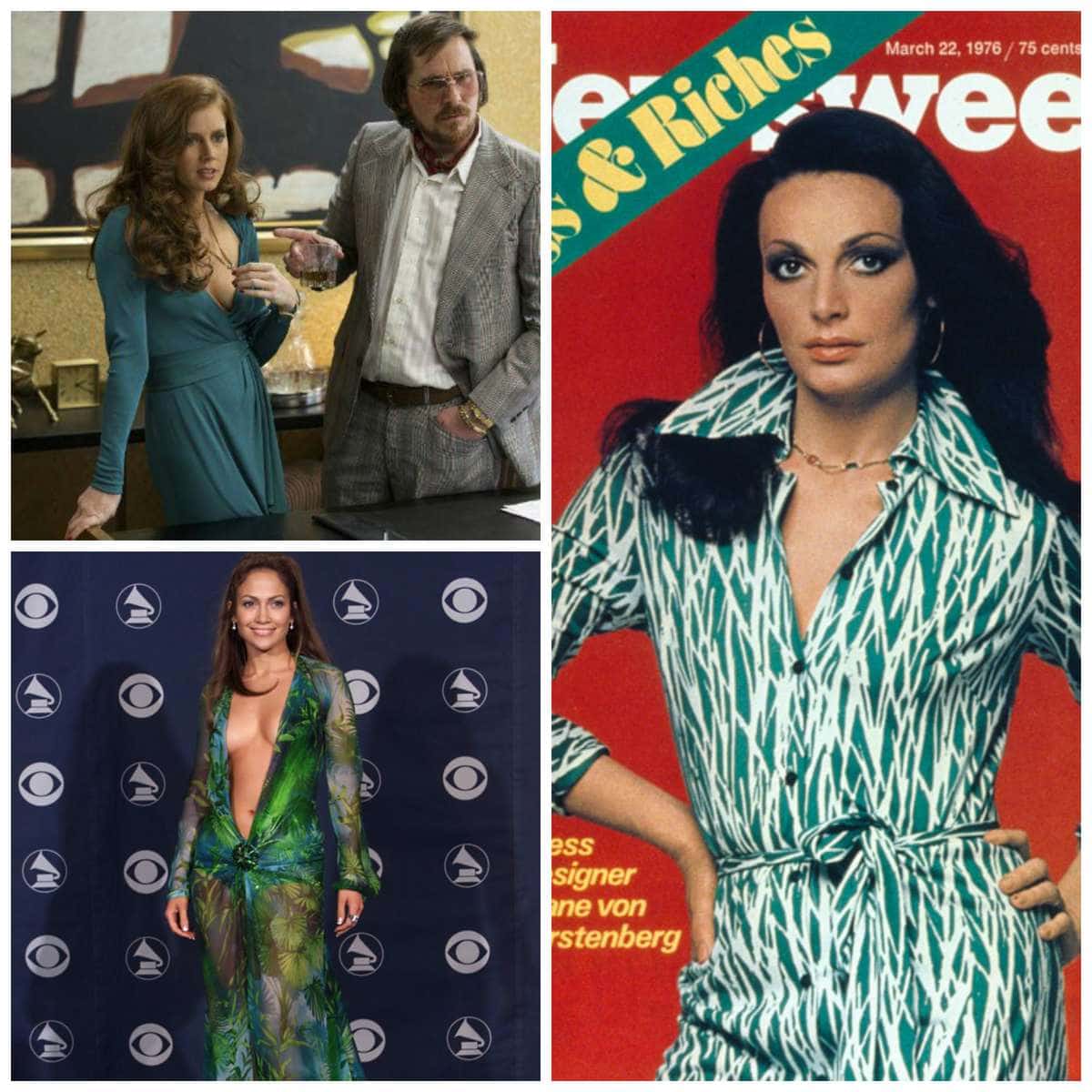 The wrap dress is so iconic that we immediately link it to the businesswoman. Even the Oscar-winning costume designers for Hollywood darling American Hustle put Amy Adams in the daringly cut one-piece. Suits-no-more, ladies. Shall we say “use ‘em if you’ve got ‘em?”  J.Lo’s (in)famous Versace gown might not have happened if it weren’t for the DVF wrap dress. Von Furstenburg on Newsweek’s cover.

All three of these iconic pieces are entirely shop-able today. Granted, the designers here are higher end, but the best part about them is that they’ve been – ahem – borrowed by brands and designers at all levels, from Target to Ann Taylor. Here are three of my favorites from each of the three. 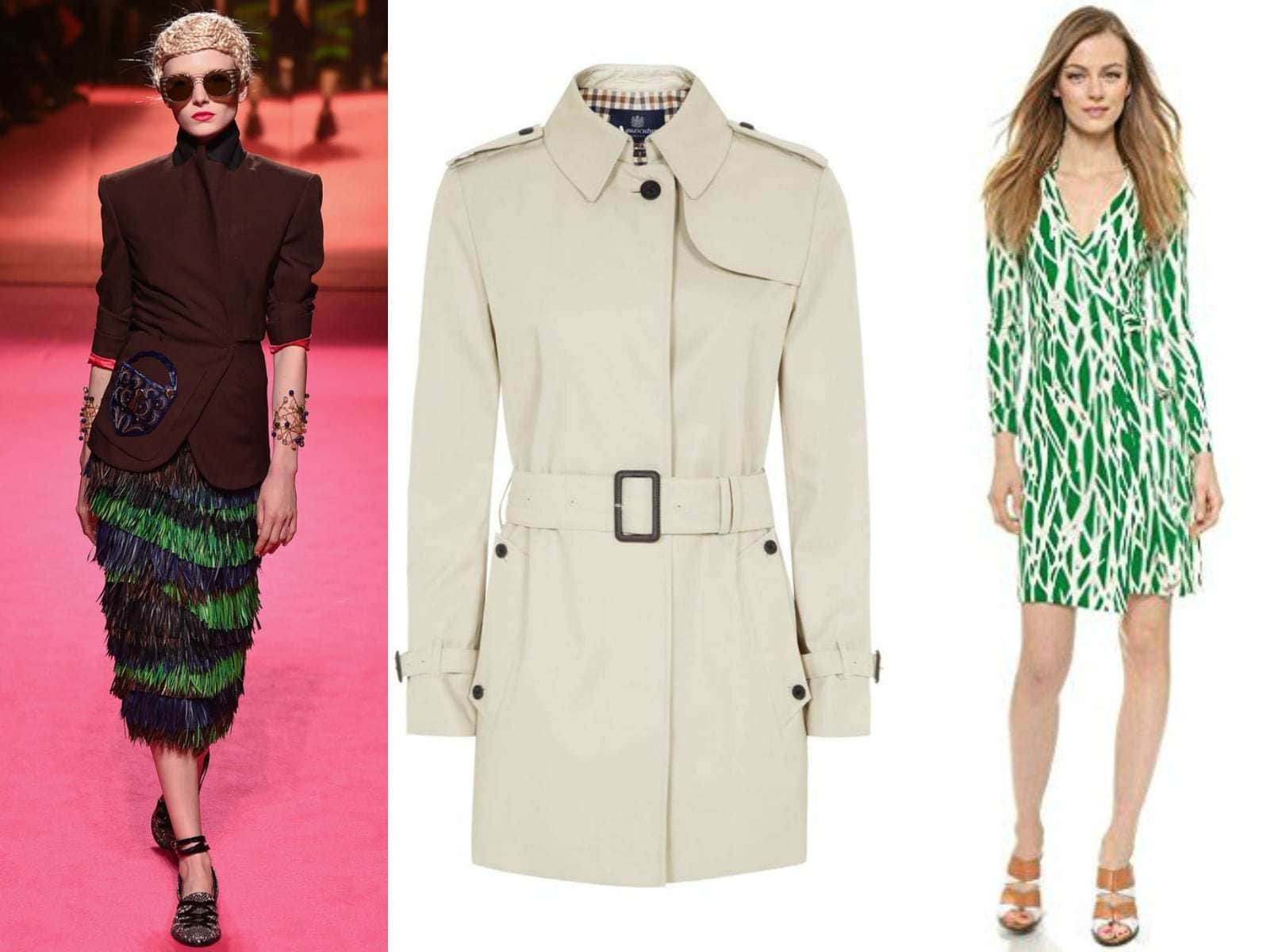