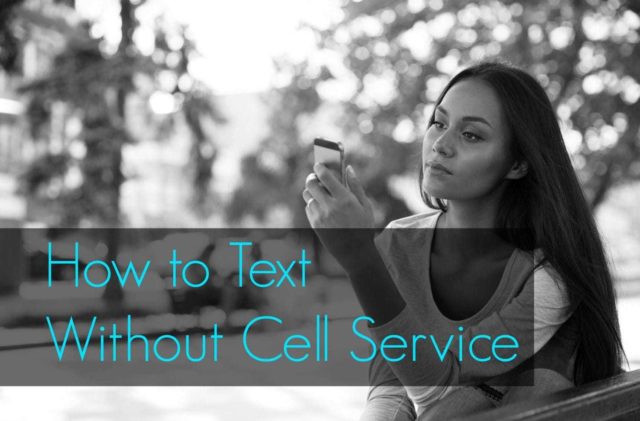 Reader L. emailed me this week about an app that can prove helpful when in remote locations, during emergencies, and at very crowded places like the Women’s March and other protests. I’ve been playing with it this weekend and think it’s a valuable tool and it’s called FireChat.

With FireChat, you can send text messages without any cell service and uses no mobile data. Your text can even go through when you’re in airplane mode. At a music festival and can’t get any bars? Drove to go get provisions and wish you could confirm a purchase with someone you left back at the campsite? Maybe you’re at the Women’s March this weekend and got separated from your group and there’s not enough service to get a text through to your friends? With FireChat, a completely free app (no ads or trial periods) your message could go through in all of these situations.

FireChat is an individual and group texting app that works on your phone yet doesn't need phone data to function. You only need your wifi (even if it says there's no wifi, keep it on) and Bluetooth turned on, and it uses that to create a mesh network, not a cellular network.

From L.: “Side note, mesh networks are the coolest and I have a feeling more of these types of things will be popping up. For now, FireChat is the best one I've found.”

In groups of thousands of people, cell phone towers get overloaded. As a result, calls will drop and texts won't go through. Even with the amped up service down at The Mall this weekend (source), there’s a very good chance your phone won’t be useful for much other than taking photos.

FireChat doesn't need cell service. It has been used successfully in disasters and protests around the world and is a favorite form of communication at Burning Man (source). With FireChat you can send encrypted private texts to friends or groups just like the text feature built into your phone, and set it to provide notifications similar to standard texts. You can also create open public chatrooms which are great for large events to share news and of-the-minute information. Laura compared these chatrooms to how a hashtag works on Twitter – it’s open to the world but a great way to aggregate information in real time.

When you download FireChat you create an account. You will need to provide a legitimate email address – not only will this help friends find you, but you will receive a PIN number by email to complete your account. You are asked to provide a real name but you can create a pseudonym if you wish to maintain privacy. Create a username of at least six characters and you’re ready to chat.

The app is a bit buggy at time when you’re trying to make your account or find contacts. I installed it on my phone and connected it to Facebook and now I can’t see any contacts on my Contacts tab except myself. I installed it on Karl’s phone and didn’t have his connect to Facebook and his Contacts tab has the individual from his phone’s Contacts that are also on FireChat. Searching for people is also super buggy; I put in a friend’s first name which is relatively common and it came up with 0 results.

However, I found it easy to connect with friends by starting a group chat and sending each of my friends a link, or by sharing my account from within the app to friends via traditional text or email. You can also share via Facebook or Twitter. Once we made any sort of connection it was easy to find them in the app, “follow” them and start private individual or group texts.

Private texts are encrypted. Chatrooms are as wide open to the public as Twitter is. You cannot delete a chatroom, you cannot delete any communication you make in a chatroom.  If you use a chatroom, be savvy. Don’t have a screenname of your real name. Don’t give too many identifying details. Use the Internet mindset – for every one person you think is reading, there’s actually a thousand more out there and at least half of them aren’t reading with the best intentions.

I’ve made a chatroom on FireChat called #WO2MarchOfficial, you and your friends can find and follow this. Feel free to use it as a sandbox to play with FireChat and get your sea legs.  On the day of the March you can use it to share any important information relating to the event.  I do not plan to monitor the chatroom the day of the March, but will check in this week to answer questions as I am able.  The success of FireChat is in the number of users; the more of us with it at the March, the faster communication will get through the masses, the more likely friends will stay connected and important news is spread quickly through the crowds.

Each phone that has FireChat is like a cell tower. If just you and your friend are the only people at the March, or a music festival, or a remote location with FireChat, it won’t really work past 200 feet. But if others have it, even if they’re not using it they can be a booster to help send your message farther without having access to the message. It’s like each phone is a postman who is unable to read the letter but will deliver it to the recipient. FireChat was the source of communication during Occupy Central in Hong Kong; over 500,000 individuals downloaded the app to connect during the protests (source). That great number is what made it a successful texting tool. 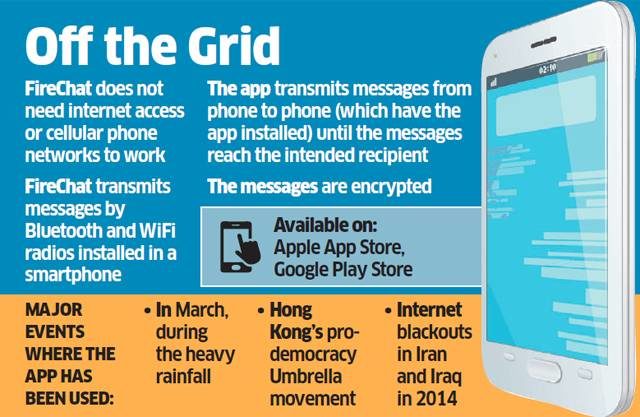 If you’d like to try FireChat, I recommend you download it well in advance of the March so you can get accustomed to it, connect with your friends or group for the trip, and even begin some individual and/or group texts with them so it’s easy to pick up that conversation Saturday when necessary. Do a few texts, chat in a chatroom (feel free to use mine but please be sure to be aware it, like all chatrooms on FireChat, is wide open to all), make sure you have notification settings that work best for you. Have it all worked out before Saturday.

I have no connection to FireChat. I first heard of it from L., and then I went to Google and YouTube. After reading and watching many reviews, I decided this was a valuable tool not just for the day of the March but for so many other times in life. I think even when I went to the Virgin Mobile FreeFest and how I drained my battery trying to text my friends. This would have made that day far less stressful. Please note many of the reviews online are from two years ago; FireChat has made many improvements since then including encrypted private messages (source). However, please do your own homework and make your own decision as to whether this is a secure or valuable app.

L. offered a real life scenario for how FireChat could work Saturday: Gather organizers into a private group chat (a private group chat can have up to 50 contacts), in addition to the public chatrooms you make. Then, consider one big chatroom to publicize across all chapters, and smaller ones per bus. So, it would look like:

The success of chatrooms is the ability to get quick information. If you use chatrooms on the day of the march or any major event, it's not a place for responses like “wow” or to report on news after the fact.  Keep the lines clear so readers don't have to wade through texts to find reports about a missing child, route change, shots fired, or a marcher going into diabetic shock.  Private chats are where you can be chatty, chatrooms are where you can stay informed.

From L.: “I can't stress this enough- FireChat allows you to communicate using your phone without cellular data- for a volatile event with thousands of people, I consider it a key safety move that everyone can make- If they know about it. It's free. It works. It could be the best way to talk to a crowd and/or your loved ones- anything from a warning about a rough police officer, to posting encouraging messages, to letting thousands of people know about a route change. Please ask me any questions you want- This tool is incredible and will only improve the Women's March.”

Download FireChat from the Apple Store or the Google Play Store.

If you have more information about FireChat or any communication tips for the Women’s March please share in the comments below. Knowledge, and communicating that knowledge to others, is power! 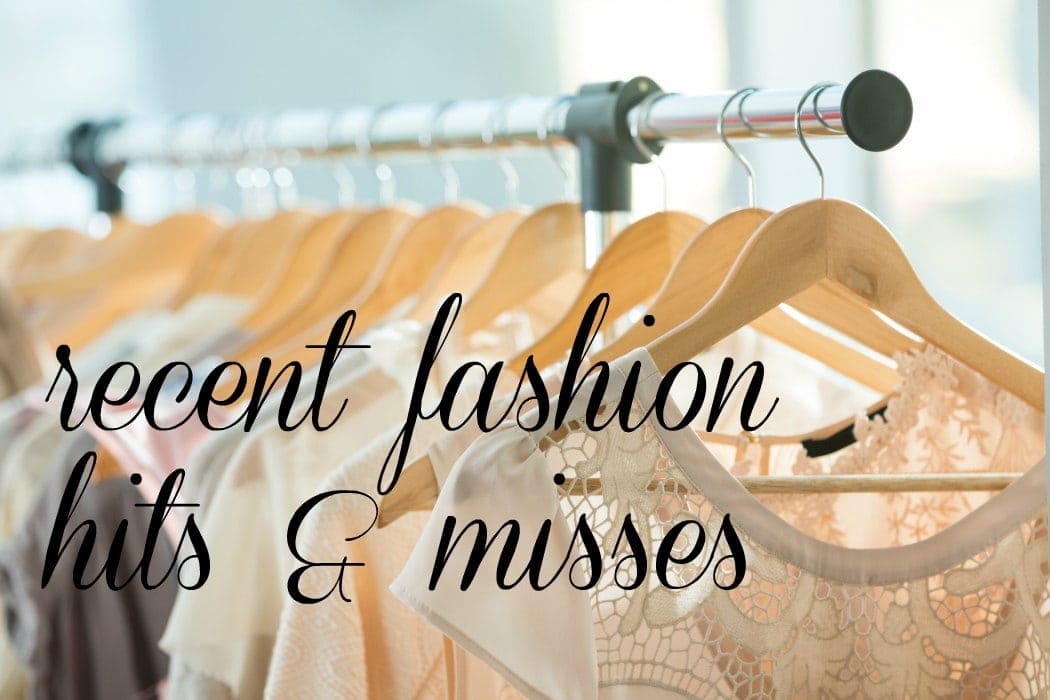