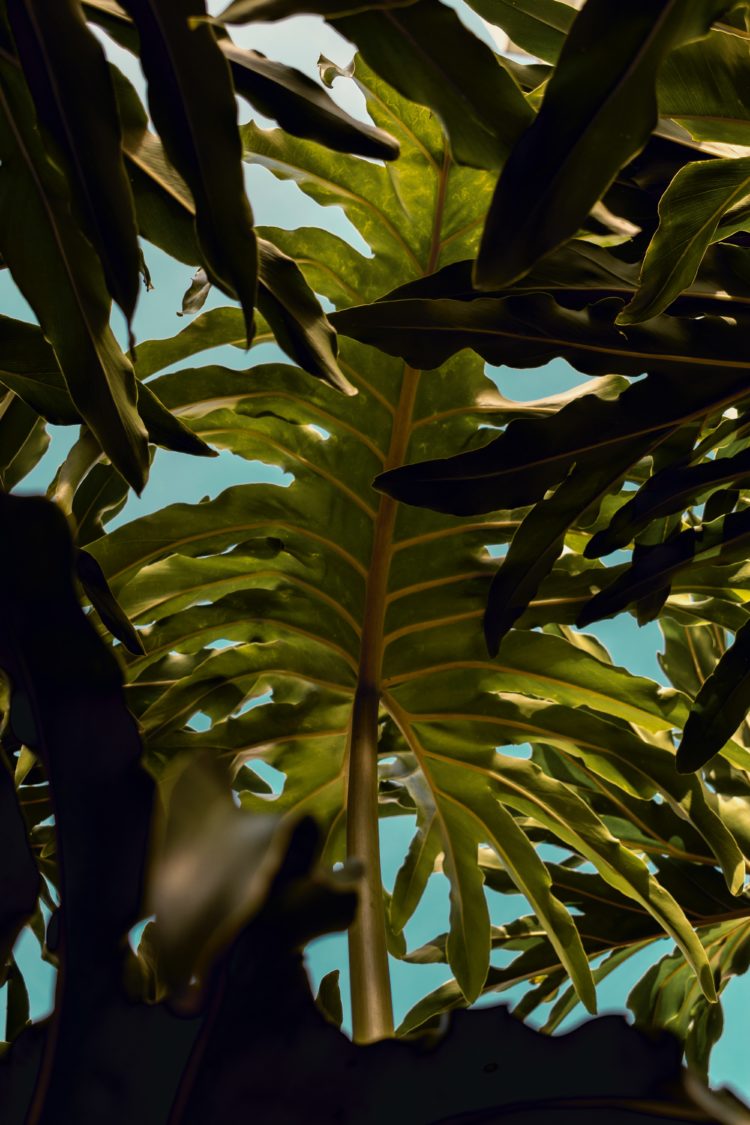 I think there have been plenty of voices this week for you to have to read and listen to. So sit in a comfy spot, put in some headphones even if they're not playing anything (my favorite way to have people leave me alone while blocking out distractions), grab a beverage of choice, and let's go straight to the content. 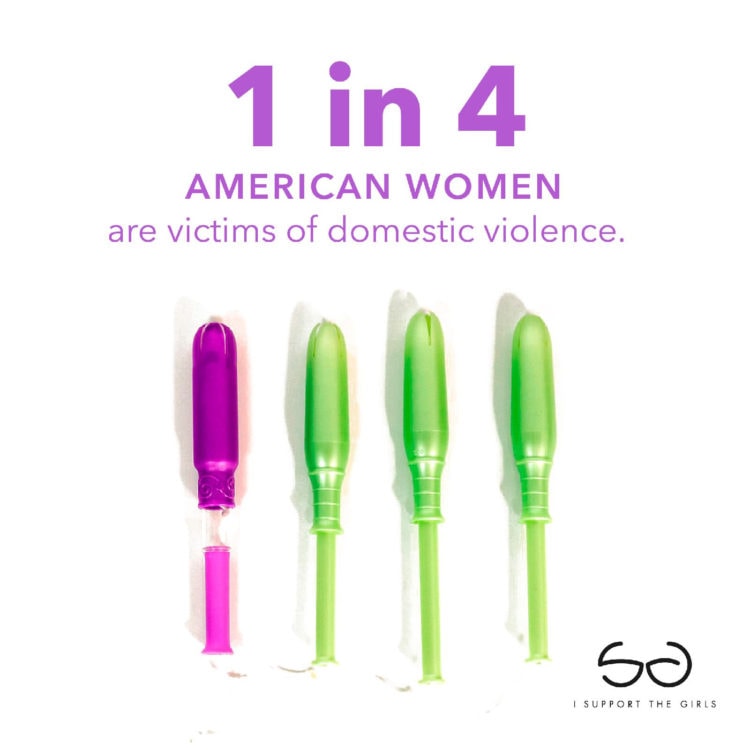 “The most dangerous place for a woman during the COVID-19 epidemic is in the home.” – National Coalition Against Domestic Violence

October is Domestic Violence Awareness Month. One in four American women are victims of domestic violence and COVID-19 has provided abusers new methods of control and isolation tactics. With the pandemic causing shelters to close or pause new intakes, there are fewer options for survivors.  It takes courage to see self-worth in the face of abuse. It takes planning to leave an abusive situation. And it takes support to stay away.

I Support the Girls, an organization I have been supporting for years, has created D.A.S.H. (Dignity, Aid, Safety, Hygiene) kits that they will deliver confidently to the safe address of a survivor's choice. D.A.S.H. isn’t just a nifty acronym. Most organizations serving ‘dashing' survivors have a scant list of suggested items to subtly pack to avoid arousing suspicion. Guess what wasn't on a single list? Tampons and pads. That is where I Support the Girls is stepping in.

The D.A.S.H. kits from I Support the Girls provide survivors of domestic violence and intimate partner with new pairs of underwear, bras, a three month supply of the menstrual products of their choice, a cloth mask, and more.  Just a $25 tax-deductible donation to I Support the Girls will send a D.A.S.H. kit to a survivor. You can donate to ISTG's D.A.S.H. Kits program at this link. Wardrobe Oxygen made a donation to support this initiative. October may be Domestic Violence Awareness month, but this is a year-round reality and it takes a network of support to hold up survivors.

This week on IG Stories I shared something about the period tracking app I've used… essentially since I've had a smartphone. And several people replied back sharing how apps like this are a concern for privacy. More than one person sent me this article which delves into five of the most popular apps for tracking one's cycle, things to look out for, and how to protect yourself. Even if you don't use one of these apps, this is worth reading for many other apps on your phone may be similar in collecting personal data. (Consumer Reports)

And while we're on this topic, a guide on how to protect yourself online. (Marie Claire)

Why women are exposing the wild truth about midlife and menopause. (The Guardian)

How to tell the difference between stress and burnout. (Huffington Post)

“When you believe in the cartoon of the Trump base, it’s all the easier to distance yourself from them. A lot of people I know think they don’t actually know a single Trump voter. If they’re middle or upper class, and their extended circle is almost all middle or upper class, they’re almost certainly wrong.” The lifestyle blog voter. (Culture Study)

Who can resist a profile on Ina Garten? Not I!. (The Cut)

Black women are being targeted in misinformation campaigns, a report shows. Here’s what to know. (The Lily)

The status of the sh*ts women have left to give. (McSweeney's)

Iman Vellani, a 16-year-old landed the title role in Ms. Marvel, a new TV series on Disney Plus, playing the first Muslim superhero in the Marvel universe. (The Star)

On magazines. (From the Desk of Alicia Kennedy)

After an internet troll told me I was “too ugly,” I spent a year posting selfies. (Refinery29)

How to misread Jane Austen. (The New Yorker)

Two years ago, Latria Graham wrote an essay about the challenges of being Black in the outdoors. Countless readers reached out to her, asking for advice on how to stay safe in places where nonwhite people aren’t always welcome. She didn't write back, because she had no idea what to say. In the aftermath of a revolutionary spring and summer, she responds. (Outside Magazine) 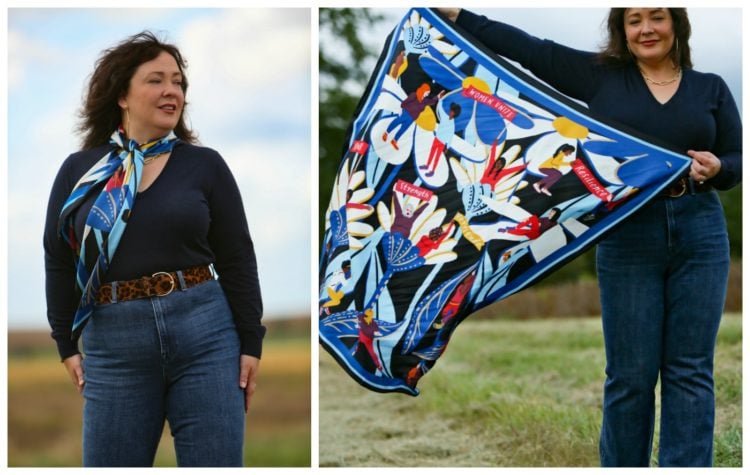 This is the third year Talbots has offered their Art of the Scarf collection. In honor of Breast Cancer Awareness Month, Talbots commissioned three internationally renowned female artists to interpret the courage, strength, and determination of women into silk scarves. Talbots will donate 10% of the net proceeds to Susan G. Komen®. All three scarves are beautiful but I fell for the one designed by Ali Mac, a New York-based illustrator. About her scarf, artist Ali Mac said, “I was inspired to illustrate the beauty in women supporting women. Flowers seemed like the perfect foundation, as they symbolize friendship, love and growth.”⁣ You can purchase these scarves at your local Talbots store or online.
⁣

If you follow me on Instagram Stories you know this week my self-care has been going back to 2019. 2019 rides on Peloton, 2019 playlists on Spotify, I even started re-reading a book I enjoyed on a cross-country flight last summer that I had on my Kindle (City of Girls if you're curious). I'm not pretending that right here and now isn't happening, but this tough of nostalgia soothes my mind enough to process the constant new.

I tried watching Get Organized with the Home Edit on Netflix and noped out five minutes into the second episode. I get the appeal, but it doesn't appeal to me.  I shared this feeling with my friend and she sent me this article from The New Yorker. If you also noped out, you may enjoy this piece. 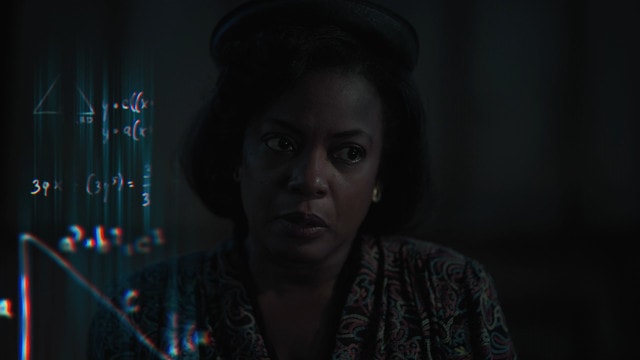 My weekly plug for Lovecraft Country on HBO. I'm waiting for someone to create a GIF of Hippolyta from this portion of the latest episode! Did you see it? Soooo good.

I read Where'd You Go, Bernadette back when it came out.  Actually, I listened to the audiobook. I remember I was working at our office at 20th and M, and I was in our Kia Soul so I am guessing it was before my department moved to the Rockville office and the book came out in 2013 so I'm guessing it was 6-7 years ago. Anyway, I remember listening to this book and feeling for the daughter as the mother went through a midlife crisis/menopause/whatever. And the other night scrolling through the various streaming apps to see what to watch, we came across the film version on Hulu, which I have never seen.  My husband loves Cate Blanchette so he was game to watch. It is amazing how drastically different I see the story now. Now I can really really relate to Bernadette, and so could my husband and it led to a lot of really good conversations all week long. And yes, Cate Blanchette is marvelous in this!

My husband is my DJ, he finds the most interesting new-to-me artists and one he's been into this year is Too Free. Too Free is a DC-based electronic trio of Awad Bilal on vocals, Carson Cox, on programming, synth, percussion, and vocals, and Don Godwin, on programming, bass, and vocals.  I loved the sound, and then when I researched the band (here's an article from Rolling Stone and here's one from this year in The Washington Post) I liked them even more. And well, this video? It may have inspired a dance party of one in my bedroom earlier this week!