This coming week I will be speaking on a panel for an event hosted by Smithsonian's Arts & Industries Building about the future of the 9 to 5. It will be in person and livestreamed; you can RSVP at this link.

In his own words, the actor and advocate Elliot Page talks about his childhood, his career, his transition, and his life, though not necessarily in that order. (Esquire)

“The triple punch of Roe, Buffalo, and Uvalde made me think apocalyptically about whether we ultimately wind up two countries. Maybe we already are.” (The Nation)

A little history about the newspaper from where I live. (The Hyattsville Wire)

How the internet turned us into content machines. (New Yorker)

Climate change is all about power. You have more than you think. (Vox)

Punctuality is having a moment. (New York Times)

And speaking of Old Navy and the hot mess they made… this petition is going around if you wish to sign it. (Change)

A one-size-fits-all approach to well-being doesn’t work. Here’s why we need to do better. (Peloton Blog)

Dianne Feinstein fought for gun control, civil rights, and abortion access for half a century. Where did it all go wrong? (The Cut)

I keep meaning to write a review just on this product because it's so darn great. I will eventually but in the meantime summer is here and if you have no idea what to do with your hat when you go indoors on on a flight or a train trip… you need one of these. I've had one for over a year (I have this one in particular). Just this weekend I clipped it to my purse and when I went in a restaurant I clipped my hat to it. And when I headed home, I moved it to my suitcase to clip my hat to it. So effective, so simple, and stylish too (and a great gift).

When I first saw Elon Musk for who he really is. (Slate)

Wardrobe Oxygen community member Carrie Morin started making jewelry as a pandemic hobby and now has a thriving business. The Facebook group she mentions in this feature about her is the Wardrobe Oxygen Community and the photos she used are by my husband for this review of the ever by X dress! (Voyage Baltimore) You can check out Carrie's line, Woodnote Jewelry, on Etsy.

The Colorado River is in crisis, and it's getting worse every day. (Washington Post)

He had a billion-stream hit. Now his songs are in limbo until they go viral on TikTok. (Rolling Stone)

A Texas minister helps fly dozens of women to New Mexico every month to get abortions. He's one of many religious leaders working on coordinating abortion care if Roe v. Wade is overturned. (Insider)

Another thing I need to review is my new makeup. I just got this and this from Saie and it's exactly what I've been looking for. The color is so natural, the finish is beautiful, it doesn't require a fancy technique to apply. I apply the tinted moisturizer with my fingers, the powder I apply with a Beauty Blender. If you're finding your old trusty favorites are looking a bit dry or obvious as of late, if you think your tinted moisturizer isn't covering enough but you don't want a full CC cream or foundation look, you too may be obsessed with these alternatives.

An Eater critic's night out with a TikTok food influencer. (Eater)

The first all-Black team to summit Mount Everest shares the best and worst moments of the 50-day journey. (Insider)

Our cable isn't working and it seems like we need to turn in our box for a new one. Ughhhhh, but in the meantime, we've been digging into some of the streaming services we have and never use, like Peacock (which is free if you're okay with commercials). And on Peacock is a limited series called Angelyne.

Folks from L.A. will know who Angelyne is, but for the rest of us we may recognize a photo of her or her pink Corvette but not really know the whole story. Well the Peacock series Angelyne is a based on fact but fictional account of her story and it's campy and quirky and surprisingly inspiring.

Emmy Rossum plays Angelyne, a woman on a mission to be famous for being Angelyne. Before Paris Hilton, before Kim Kardashian, there was Angelyne who understood marketing was more important than a specific talent. She was dismissed as a bimbo but was a brilliant negotiator and business woman in the '80s.

We haven't finished the series (I think we have one more episode) but it's an amazing tale about drive, confidence, and one woman's way to manipulate the patriarchy to achieve her goals. It also shows how advertising and marketing is constantly changing and if you don't stay up with the trends you can go from icon to obscure overnight.

I was sitting on the couch going through YouTube for a song for this Weekend Reads and falling short. So many bands that just feel like a redo of something we've already seen, so many great artists with half-ass videos and songs that just sound so much like their last album. So Karl scrolled through his Spotify and gave me names and I looked them up and we landed on Grace Ives' single, “Lullaby.”

This is fresh and weird but also a bit retro and catchy and I go to look into more about Grace Ives. She's around 27, she's NYC born and raised, she had an album entirely of ringtones and an EP where she did covers of nursery rhymes. She went to MICA here in Maryland but then transferred to SUNY Purchase and while there went to a house show and saw the artist Mitski perform and it inspired her to get into music.

Grace Ives' latest album, “Janky Star” released yesterday. “Lullaby” is one of the singles from the album: 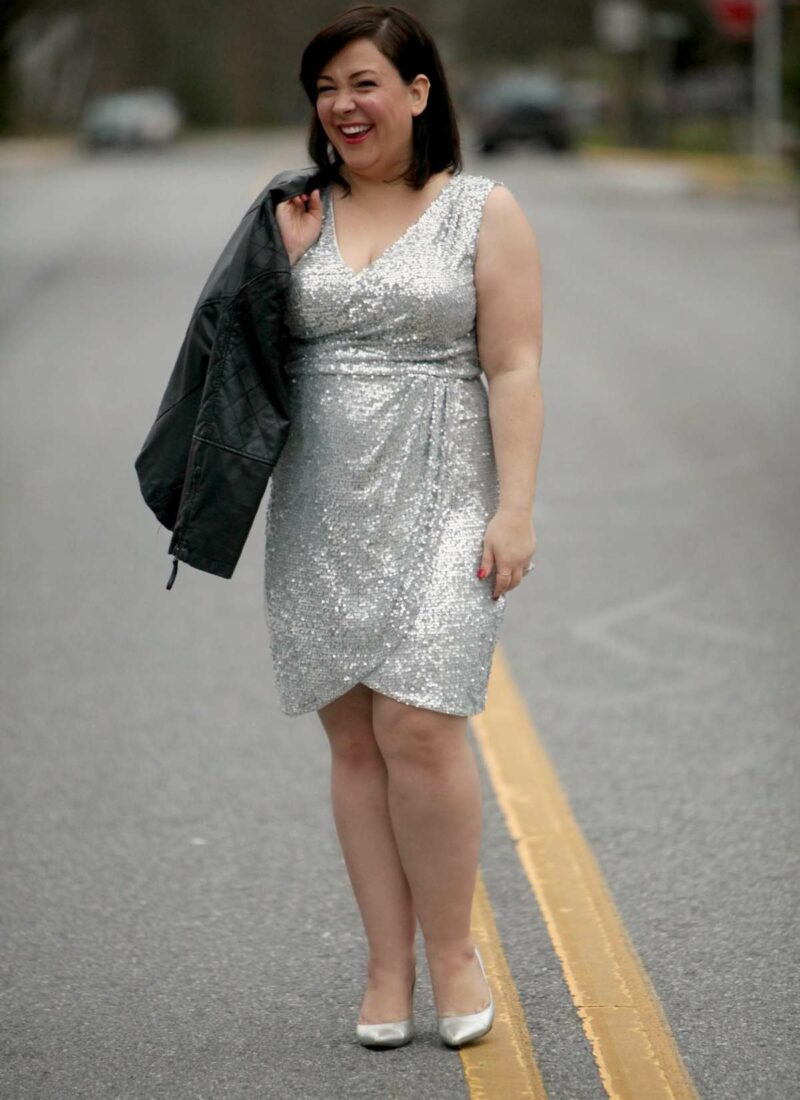 Why I Donated a Flattering Dress 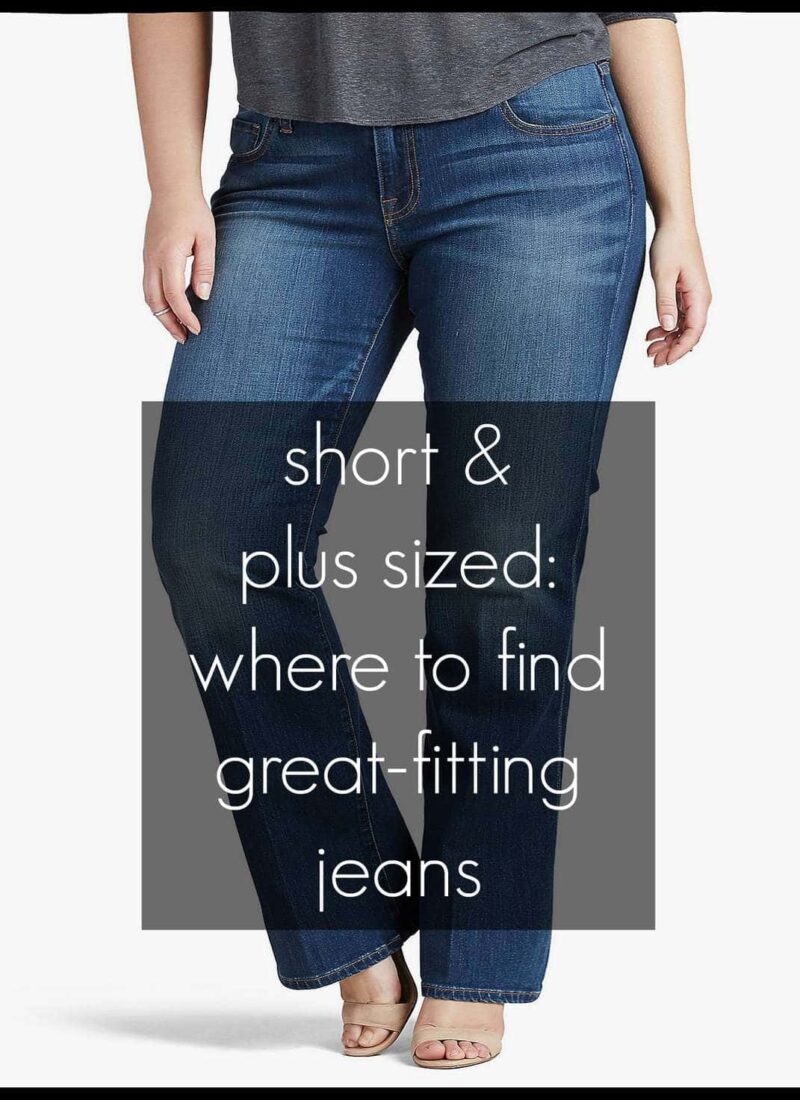 Where to buy jeans when you’re short and plus size?
Reader Survey 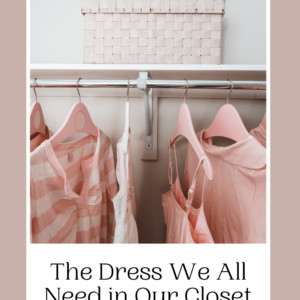 The “Glad It’s in My Closet” Dresses