My daughter asked if this summer she could get a two-piece suit. She’s 10, she's an age where she is starting to have definite opinions about style. We found a suit at Old Navy online that she liked; a top with a higher neck and a ruffle that covered the bust and matching bottom. The suit arrived, the top was super cute but the bottom… it was a cheeky suit and didn’t completely cover her rear. The front was so low rise her hip bones poked out over the top.

My first thought was, oh this suit is too sexy and mature for her. Then I questioned myself – why am I sexualizing my child? What makes me see this suit as mature? I readjusted my thought process and realized I was still uncomfortable with the bottom of the suit. It was too small to be functional for an active kid.  Adults have suits for swimming laps, for paddle boarding, for surfing, and then suits for laying out at the beach or attending a backyard pool party. For kids, their suits need to be multi-functional. They want a suit to reflect their personality or style but also one that will stay in place when going off the high dive or doing a cannonball into the deep end. We adults are used to clothing that shifts, rides up, rolls down.  And we know that each time we have to adjust our clothes, we're realizing that our bodies and our wardrobe seem to be at odds.  That's not a worry I want my child to have.

I remember in third grade my mom made me a dress that had an elasticized ruffle neckline and a self-belt. I wore that dress on my shoulders, the belt in a bow. When I got to school, I decided to adjust the dress (the passion for fashion arrived at a very young age).  I took off the self-belt and tied it in my hair, took the elasticized neckline and pulled it down to make the dress off the shoulder.  My teacher asked me to take something down to the office; the hallways were empty and I sashayed down that hallway like it was a runway.  The principal came around the corner and saw me.  He told me to pull back up my sleeves, a proper young lady didn't dress in such a mature way, it would give the wrong impression.  I was humiliated, pulled up the straps, my face was hot, I apologized and raced to get my errand completed.  I think the principal thought saying that would stop me from dressing in such a way, but it only intrigued me. I mean, what 9-year-old doesn't want to be seen as mature?  However, even if I did feel shame and cover up as the principal hoped I would, that was still a bad lesson to give – your body is a problem, you need to cover it up or people will not understand or appreciate you.  I didn't want to make the same mistake as that principal and so many others who, whether they realize it or not, make women feel they deserve disrespect, assault, rape, and more because of what they chose to wear that day.

“How do you like the suit?” I asked her, trying to have a neutral face.

“I don't know, are you okay with it?” She examined her reflection, adjusting the suit.

“I want to know how you feel, you are the one wearing it.”

“I like the top but the bottom… I feel naked. I don’t feel confident.”

“That matters. You should wear what makes you feel confident. Do you want to get a different suit?” OMG OMG she came to her own conclusion, I didn't sway her.  Woot!

“I want the top can we find a different bottom?”

Three cheers for Amazon where I found these solid-colored bottoms for a reasonable price, Prime shopping, and free returns. We picked turquoise to complement the coral top. The bottom comes up to her belly button but still looks modern. The color blocking feels fresh and on trend. “I feel grown-up with this suit.” But this is the kind of grown-up I'm okay with at age 10, moving beyond the unicorns and cartoon cats, but still wearing a suit that lets her be a kid.

“Keep yourself in good shape if you can. Have many passions. And look for magic moments.” Advice from Julia “Hurricane” Hawkins who recently ran the 100-meter dash. (New York Times)

On Instagram Stories I shared a video I saw on Twitter of a revolutionary way to peel garlic.  I saw it, shared it, and swore I'd try it this weekend and share the results, completely forgetting I'd be out of town this weekend.  Well, Helen Rosner of the New Yorker tried it out instead, got it to work, and has tips on how to make it work. (New Yorker)

“We call poor people and fat people bitter when they complain about their circumstances. But then, when the privileged speak out about it, it's like, “Well, you're too privileged to talk about it.” Therefore, who gets to talk about it? That's how they silence all of us. It's a tactic used to make everyone quiet.” I adore Jameela Jamil and love this interview with her. (Paper)

Well, this makes me utterly disgusted. But honestly, there is a lot about my profession that disgusts me. Just know, we're not all calculated, tone deaf, freebie-grubbing assholes. (The Atlantic)

Attention, Walmart shoppers.  Amazon is coming for you and in a very nefarious way. (Washington Post)

I remember my parents rolling their eyes when things from their childhood or young adulthood that they didn't think were that great my friends and I found to be the COOLEST.  Well, history repeats itself because Vogue is claiming disposable cameras (yep those things that were so unreliable yet convenient but totally discarded once pocket-sized digital cameras came on the scene) to be the next must-have accessory. (Vogue)

When it comes to workout clothing, I'm lazy.  I wear things until they no longer fit or are literally threadbare.  I buy Zella leggings during Nordstrom sales, scour racks at my local TJ Maxx, and have no problem wearing an old t-shirt to the gym.  Well my body keeps changing and most of my leggings are now too big in the waist, causing them to fold over or sag at the crotch.  I splurged and bought a pair of leggings full price – the Mesh Contender Capri in Powerlift from Athleta.  Omigosh these are AMAZING! It makes me realize why some leggings cost more.  First, there's a drawstring waistband so I can be sure they won't shimmy down on the elliptical or show my underwear when doing RDLs. There are side pockets big enough to hold my iPhone Plus, and strategically placed where it doesn't drive me bonkers when running. The mesh panels are far less transparent than the other leggings I have with this feature (and less transparent than the photos online), keeping me cool without feeling exposed. Super durable crotch, thick enough that they won't go sheer when squatting… I'm a fan. I got the Electric Fuschia in Large Petite (for reference I am 5'3″ and usually wear a 14 or large) and I think I may get another pair!

I got in my head a TV show I watched as a kid.  I went to find it online and couldn't find it.  It was a show about twin sisters who went to live with their aunt or some relative and in my head I see that relative as Cloris Leachman but I think that show I'm thinking of is Our House.  Anyway, twins, one is bookish, one goes to fashion school, live in an attic apartment, seems to only exist in my mind.  While going down an Internet rabbit hole to find this show I found this list of the 33 best forgotten teen shows of the '90s and it gave me such nostalgia (I had several VHS tapes with recorded episodes of Fifteen as I was in love with Dylan) I had to share it with you. (Buzzfeed)

If there's a new video from Robyn you know I'm going to share it.  Especially when it dropped the same week as Taylor Swift's latest (which is awesome BTW).  I love this woman, who marches to the beat of her own drum while being a successful artist for decades.  I won't ever forget once when I saw her in concert and she performed bouncing on an exercise ball, yes, an exercise ball, but in typical Roby fierceness, she made it look cool and sexy. This video is just as random as using an exercise ball as a concert stage prop and the video work feels like an '80s parody, but even so, it's cool and sexy because it's Robyn. And the song is fire too.  Heads up, you can see her nipples through her outfit later in the video, so if that's not cool at your workplace keep this to watch at home. 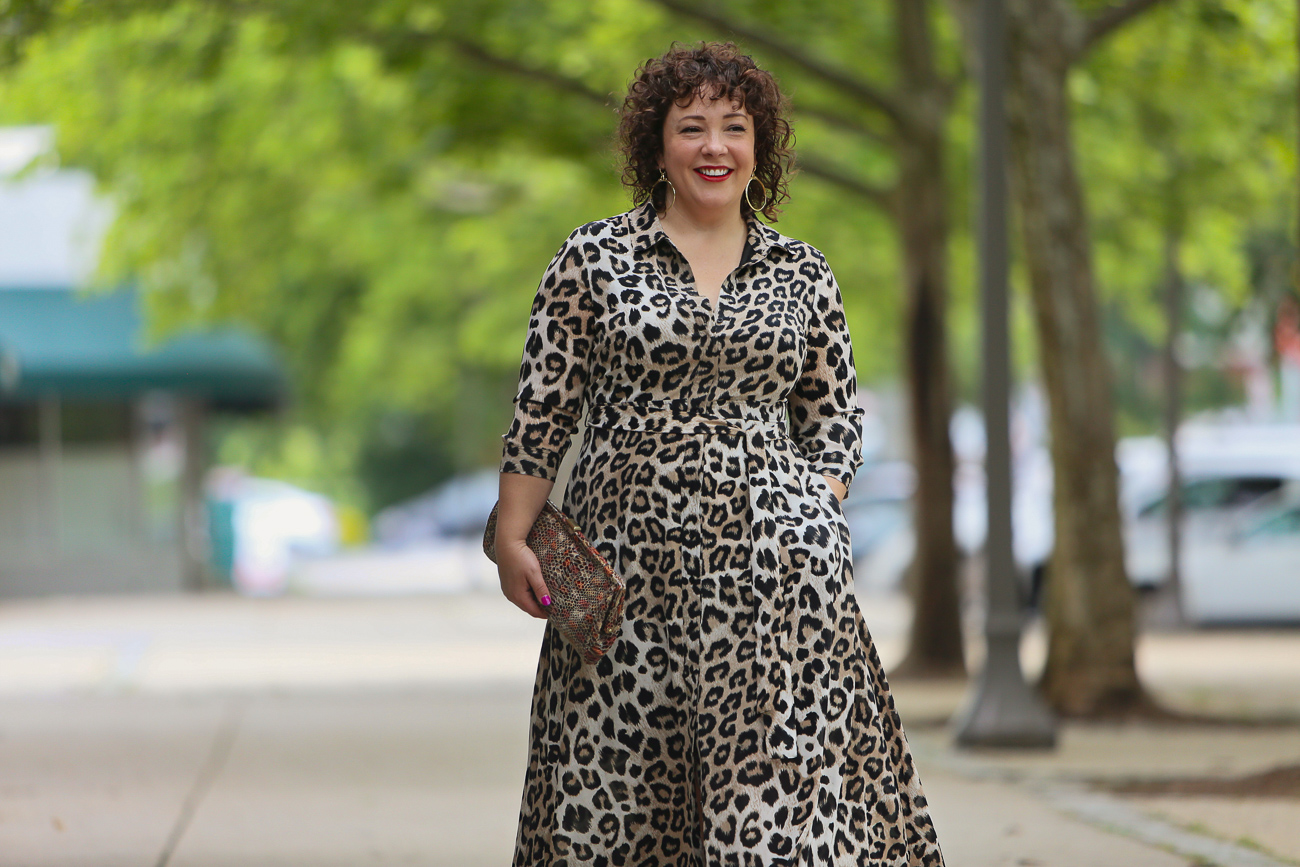