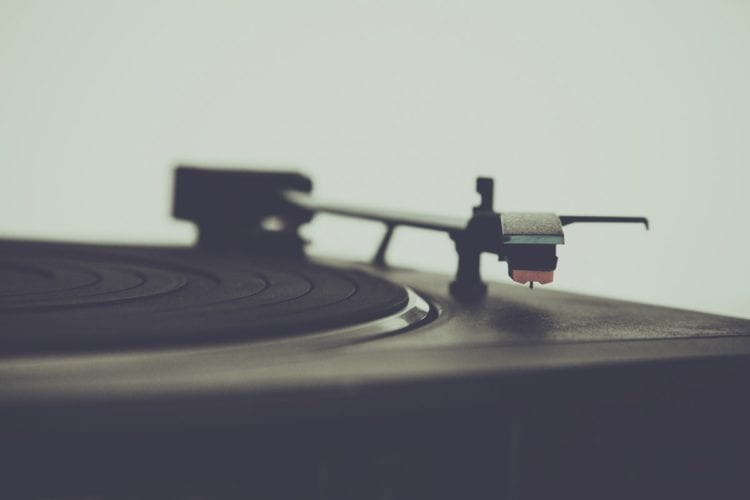 We all have them, those soundtracks to moments in our lives. Multiple songs that remind us of summer camp, of senior year of high school, that one job with the really long commute, that weekend at the lake, that one year at that music festival. 20 years later, we hear it and are immediately transported. Our mood changes, and whatever we were focused on before we hear it for a moment disappears. Watching the Backstreet Boys perform separate but together for the iHeart Radio Living Room Concert I knew forever, that song would be part of the soundtrack for this time in life, one of the happy and a bit bittersweet songs on the playlist. Because this soundtrack is going to feel way more Garden State than The Graduate.

I started thinking of what else would be on my soundtrack of a time that I will not yet name for I need to be away from it long enough to be able to define it. But like its movie, a soundtrack tells a story, each song reminds you of that moment. Don’t tell me you don’t see Julia Roberts in a limousine when you hear “It Must Have Been Love” by Roxette or Judd Nelson walking across that football field, punching his fist to the sky when you hear “Don’t You Forget About Me” by Simple Minds. Just as those songs represent moments in two iconic movies, I’m gathering contenders for the beginning of my personal soundtrack for this unprecedented time in history.

Young Thug will be on my soundtrack. I’ve seen Young Thug three times in concert, all three times with my friend Nicole and twice we were right in front, once on the rail, and once with our bodies pressed against the stage from one of the most intense crowds I’ve experienced. I’d like to think he noticed this round little middle-aged white lady having her face positively melted staring up at. Young Thug, with Turbo and Gunna came out with a song called “Quarantine Clean” and I’m so not into these obviously themed songs like this (too soon, and kinda cheesy and sleazy), I can’t help but love this song, the visual of hiding out in my car, leaning back the seat and listening to this over the speakers.  I haven't yet had a night hiding out in my car listening to music, I want to save that experience for a time when I really need it. And if I do try that, I may end up with a replacement song for the soundtrack.  If I don't add “Quarantine Clean”, I may add “Ecstasy“, a song Young Thug has with Machine Gun Kelly that provides a completely different moment in time. If you don’t listen to the lyrics it’s a damn sexy song and a playlist needs at least one song you want playing when you're feeling sexy AF, whether it's getting down or driving fast down a deserted rooad. Not only is “Ecstasy” that kind of song, it’s a song that I really fell for not long before all this happened and when I heard it for the first time after all this went down, it pulled me back and it felt so good, and so necessary. This sexy song with lyrics I choose to not acknowledge made me feel more hopeful and positive in the now.

There will definitely be a My Morning Jacket song on the playlist, it’s just too soon to know which one. My Morning Jacket is me and my sister’s band, it’s me and my husband’s band, and it’s all three of us together making a triangle with me at the front, Debbie to my left and Karl to my right at dozens of music festivals and shows Merriweather first in pit, and more recently in seats, still with Debbie to my left and Karl to my right. It’s also become our daughter’s band, she seeing them in concert now twice, once in Raleigh, North Carolina with me and my husband, and once just this past summer in Queens, New York with me and my sister. Their album, Evil Urges brings back the first few months of our daughter’s life, their album Circuital plays and it’s August 2011, we're in Vermont in Karl’s Subaru WRX driving down a smooth and empty road and all we see are the green mountains and the occasional red barn. It’s a band we’ve already played a few times since this started when cooking dinner or folding laundry around the dining table, because it brings us good memories.

I hear songs and wonder, while I don’t think right now they would be added to my soundtrack, maybe I would reconsider in a few months, or in a year. Memories change color with time, and we can’t predict what we will be playing when a moment becomes a defining moment.

We’re still early in, it’s impossible to have an entire soundtrack chosen by now, even if you were looking to craft a multi-album anthology. And we don’t know how or when this will end. But I think music, and just the practice of creating that soundtrack of songs… it may, just as those songs got us through in the past, can help see us through.