A very early morning today – dressed and left in the dark. So I didn't have pictures, but felt the need to take some as that today I am wearing some purple to support Spirit Day.

What is Spirit Day (taken from GLAAD site): 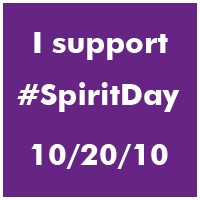 The idea behind Spirit Day, first created by teenager Brittany McMillan earlier this month, is a simple one, not dissimilar to the idea of “Spirit Week” held in many high schools, and can be summed up in three words: Everyone Rally Together.
Spirit Day honors the teenagers who had taken their own lives in recent weeks. But just as importantly, it's also a way to show the hundreds of thousands of LGBT youth who face the same pressures and bullying, that there is a vast community of people who support them.
Purple symbolizes ‘spirit' on the rainbow flag, a symbol for LGBT Pride that was created by Gilbert Baker in 1978. As one of the event's Facebook pages says: “This event is not a seminar nor is it a rally. There is NO meeting place. All you have to do is wear purple.” Wearing purple on October 20 is a simple way to show the world that you stand by these courageous young people and a simple way to stand UP to the bullies. Remember those lives we've tragically lost, and show your solidarity with those who are still fighting.

So I apologize for the randomness of the pictures – hey, at least you get to see a bit of my office where I live for 45+ hours a week! 🙂

Looking through my wardrobe this morning, I realize I don't own a lot of purple.  I have a Gap cardigan and matching ribbed tank from last year, but both are a bit too large now.  I decided to wear a simple outfit with a purple accessory.  Originally I planned on wearing the purple cardigan tied around my neck, but instead decided to wear a purple belt. 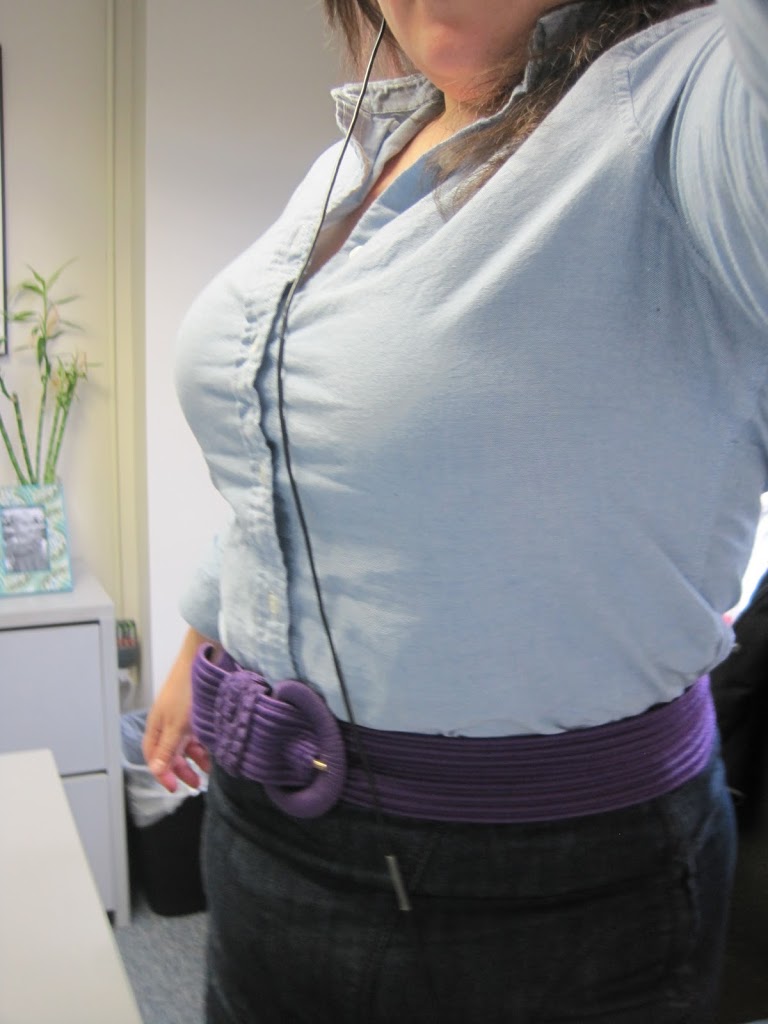 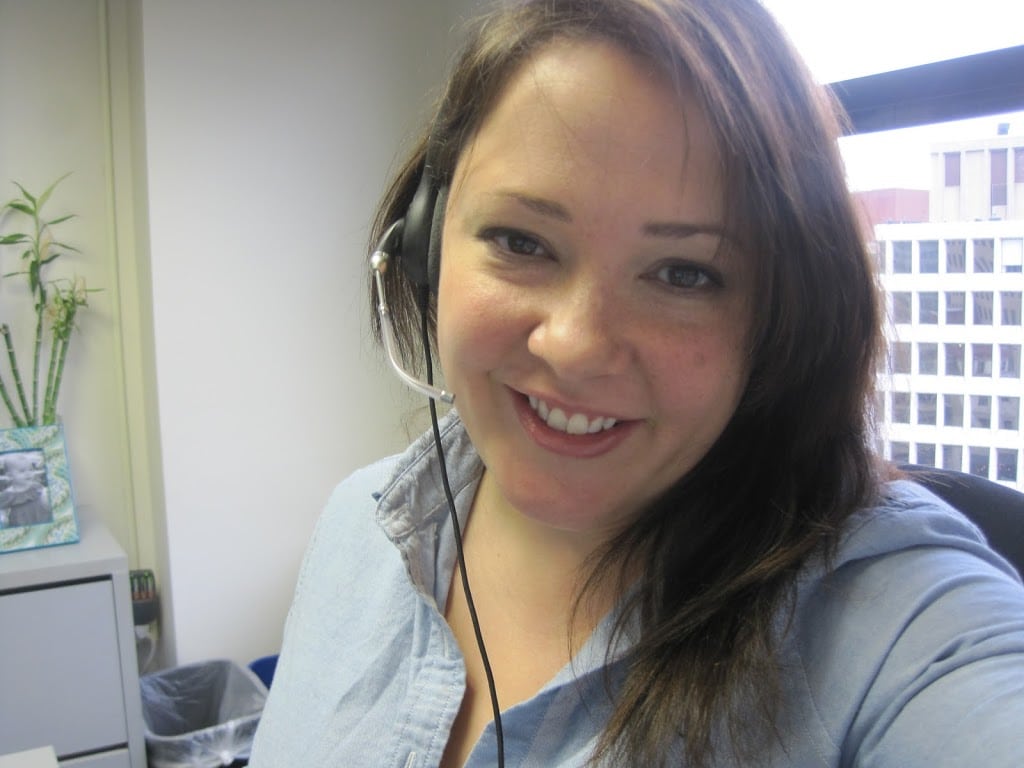 As I mentioned, it was an early day for work so makeup was done in a jiffy by a dim light and hair was a rush.  I washed, conditioned, added my Suave root lifter

and dried with a round brush.