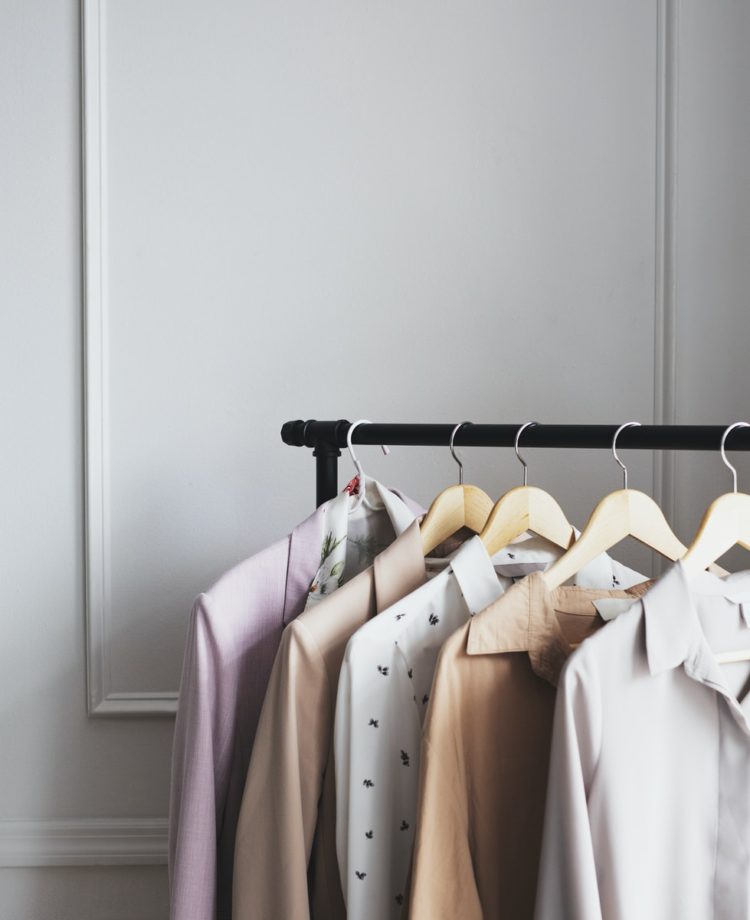 I worked retail for many years, for a variety of retailers in a variety of niches but they were essentially all run the same. There were two goals: increase sales and get the thieves out of the store. Theft, AKA shrink, was a major issue whether I worked in a mall, an airport, a tourist destination, or a boutique on Main Street.

I worked retail long enough to know you couldn’t judge a customer by their appearance. But that didn’t mean that EVERY. SINGLE. RETAILER. I ever worked for did. It wasn’t in the employee manual, but it was discussed at team meetings, manager retreats, phone calls with other stores, when walking in pairs to drop off the bank deposit. Districts and regions had code words they would use to notify the rest of the store staff that there was someone who looked “suspicious”. And no matter the retailer I worked at, the location of the store, or the makeup of the staff, nine times out of ten when I went to check out the person that warranted the code word, they were Black.

When it came out that Anthropologie had a code word for Black customers that entered their stores… I wasn’t surprised. I’m just surprised they are the only retailer that has been called out so far.

We all want to exercise our values with what we consume, but no problems are solved when we compartmentalize our humanity. We should boycott these retailers that have created systems of racial profiling, but we also need to remember that racism in 2020 is not interpersonal. It's institutional. It's in the poor treatment of employees, their inhumane labor practices, questionable manufacturing policies, lack of diversity in their corporate offices, racism in their advertising and hiring policies, extreme waste of plastic and other pollutants, and much more. This is not an issue with just Anthropologie, it’s almost every retailer currently hanging in your closet.

I paused my Friday Shop series because I felt that I needed to better get a grasp on the ethics of brands before promoting them, but as I dig in… few retailers are innocent. And many that are being canceled and called out are responding with major and in-depth positive change while those that for some reason haven’t been called out yet, are merrily going on with their problematic business as usual.

The world is terrible right now, and if you disagree, you’re living in a bubble. It’s easy to be overwhelmed by the terribleness of it all. Facebook, TV, Twitter, Instagram, every blog and website you visit is sharing more atrocities. Not only that, but we also live in a 24/7 news world where every website and channel is fighting to get the most views and are looking for the most emotional news to share so they get your click. People click for outrage and upset, it’s like a virtual car accident and we’re all rubbernecking to get a view.

June 11th was when the news came out about Anthropologie stores profiling Black customers. Almost every article about this topic was published no later than June 12th. On the Anthropologie site dated June 19th, the company laid out its plans to start making things right. I haven’t seen articles discussing this, even discussing whether it’s not enough of a plan or how employees at Anthropologie are being affected by it. Change isn’t thrilling, only the outrage gets the clicks.

Universal Standard was called out at the beginning of June for their lack of diversity in their corporate office and their treatment of Black employees and models. Several of you contacted me really upset about this, stating you were selling or donating all your Universal Standard clothing, boycotting the brand, and unfollowing me because I have worked with and profited off of them in the past. This information about Universal Standard really gave me pause and wonder which brands were acceptable for me to promote.

Universal Standard took a few weeks and came back with a comprehensive plan to address all of the issues that were raised. While there was a lot of news about their problems, there wasn’t much about how they were trying to fix them. While many of you read about the lack of diversity at Universal Standard, fewer of you have heard about what transpired after.

ELOQUII is another retailer that was called out for issues regarding treatment their staff, diversity in the corporate office, and unequal pay and treatment of Black influencers.  I heard a lot about this, but because I wasn't following them on Instagram, it took a discussion with a fellow influencer who works with them for me to find out that the brand created a comprehensive Commitment to Meaningful Change.

This week a reader reached out to me asking why I suggested Lands’ End in a recent blog post when back in 2016 they pulled an interview they had with Gloria Steinem and apologized for said interview after getting backlash from private schools that are anti-choice. I knew about this situation, I knew what happened after with the ousting of the CEO and business changes, and had even written about it. The thing is, the news sources that wrote about the Gloria Steinem situation never followed up and wrote about what happened after. When trying to find documentation about it four years later, all I could find were the high-ranking sites' articles about the pulling of the interview, but few about what happened afterward.

I am currently in discussion with brands that I have partnered with in the past regarding their problematic business practices. They haven’t been called out yet, but that doesn’t mean they’re innocent. And there’s a good chance they will be called out soon before their new policies and practices are put into place.

I’ve worked retail long enough and in Corporate America long enough to know change can’t happen overnight if it’s true change and not a performative act. In fact, it SHOULD take several weeks for a company to respond to ensure they’ve done the backend work with lawyers, consultants, focus groups, and editors and aren’t just Instagramming empty promises. We’ve all become so angry about how incredibly WRONG this world is, I think we’re feeling outraged but not sticking around to see the results of our outrage.

I may not work retail anymore, but my job is still about selling. I sell myself to retailers in hopes they will pay me to showcase their product. I sell products to you readers in hopes you will click on a link and make a purchase and I get paid a percentage of that purchase. I sell what I hope to be entertaining and informative content, so advertisers will want to be on this site, you will want to read this site, and I will get paid for the ad placement. I would rather not be paid than promote an unethical brand. But right now… it’s not easy to see which brand is ethical and which one is not.

If you want to vote with your dollars, I support you. But do research beyond Buzzfeed or Diet Prada. See what has happened since that viral article or Instagram post. And if there hasn’t been any controversy, that doesn’t mean there isn’t any, it just means they haven’t been called out yet. Want to be safe with your shopping? Shop small, shop Black-owned businesses, shop secondhand, and shop your closet.

I don’t support cancel culture, but I do support accountability culture. We all make mistakes and we will continue to do so. What matters is how one handles being held accountable. And the way things are going, the retail landscape is going to be a much smaller, but much more ethical and equitable place a year from now.

Keep fighting the good fight, brands ARE taking notice. Call out brands, call out influencers, call out news sources that focus on sensationalism instead of information. Read the articles, not just the headlines, and then find another article on the same subject to get a more in-depth understanding. Vote with your wallets, step outside your shopping comfort zone, and be okay with slower delivery times and delivery fees. You’re making a difference, and the proof is with these brands freaking out and making positive change. Let the news of their change bolster you to keep fighting, even when the news can be so exhausting.

As for me, I too am not perfect. I have screwed up a lot, and I’ve been called out. The past few weeks have been really tough and it’s way easier to say nothing at all, but being silent is being complicit. I expect criticism for this piece, and welcome it because it will help me improve, and it will inform and educate all of us who read your comments. We have every right to be outraged, but we need to not lose focus on our goal. And if our goal is for change, we need to recognize when it happens, encourage further growth, and motivate others to follow suit. 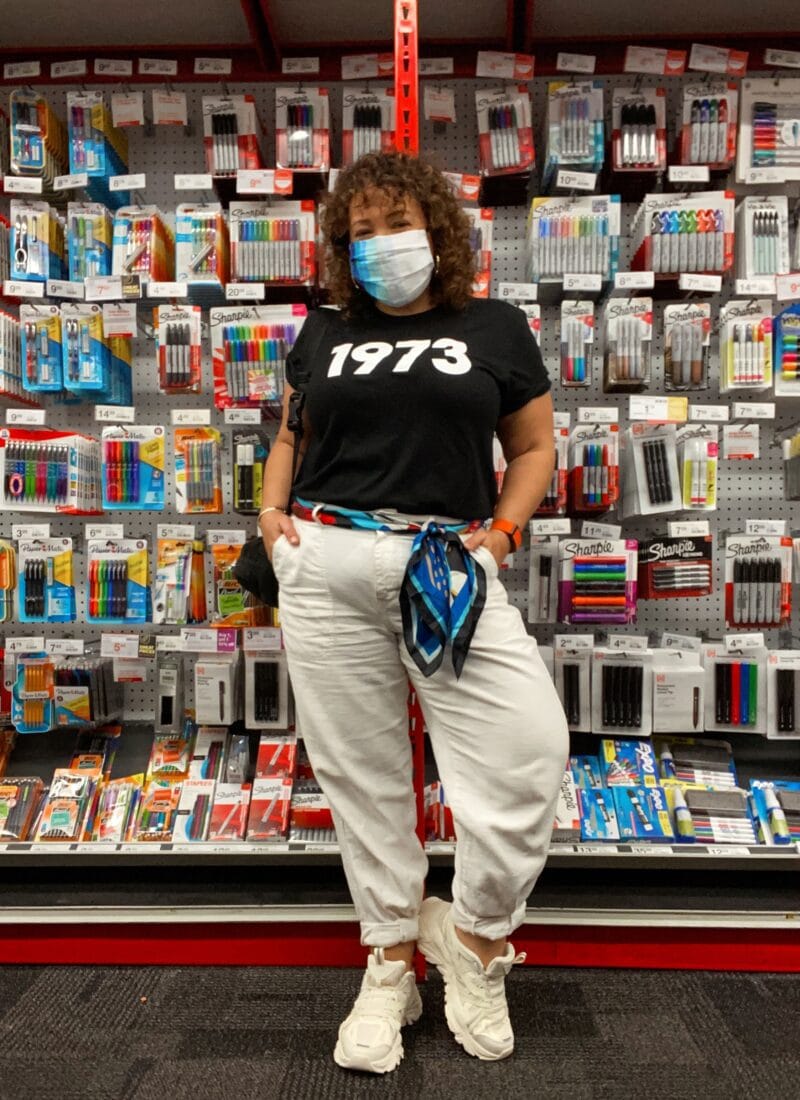 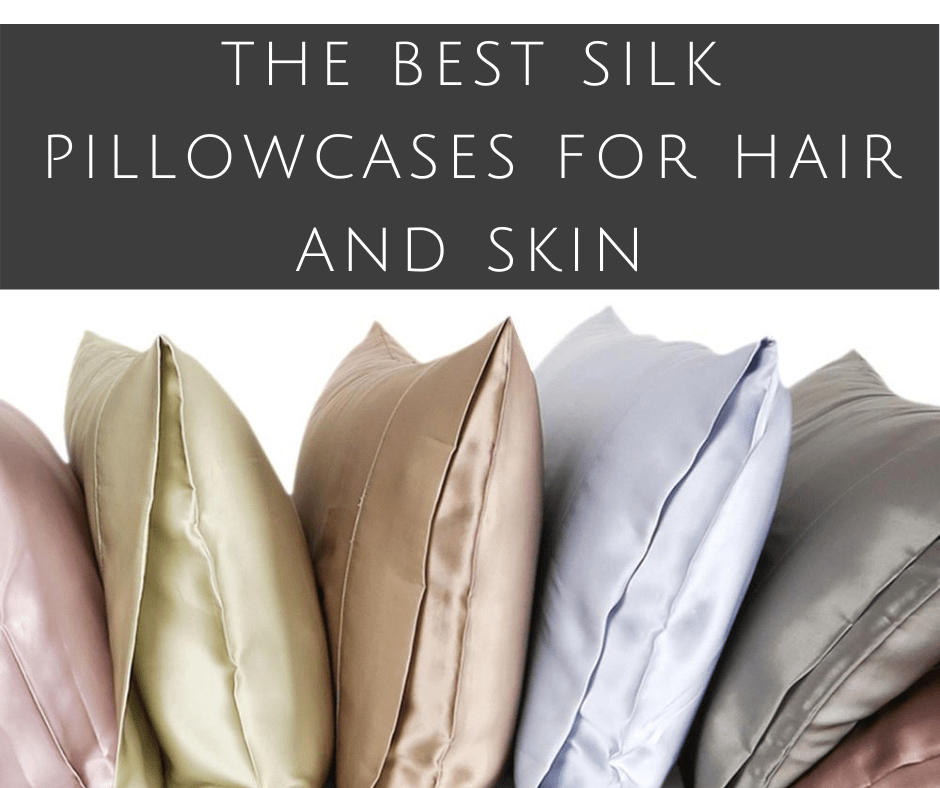 Why You Need a Silk Pillowcase